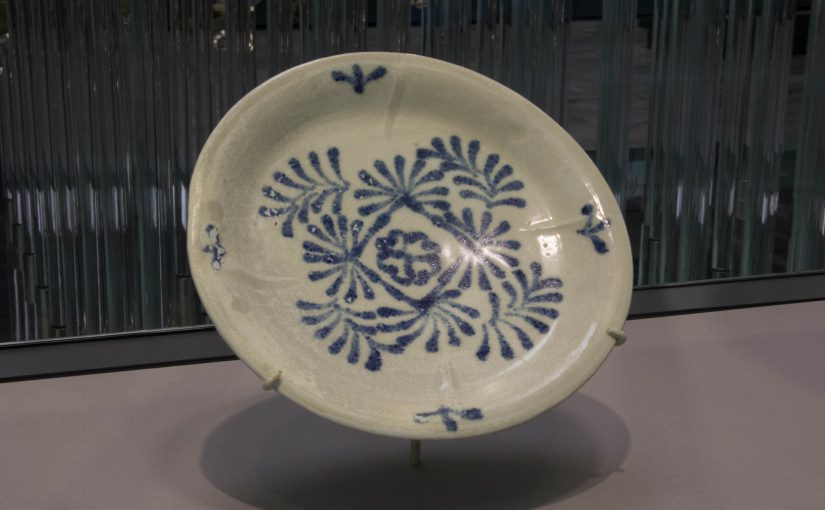 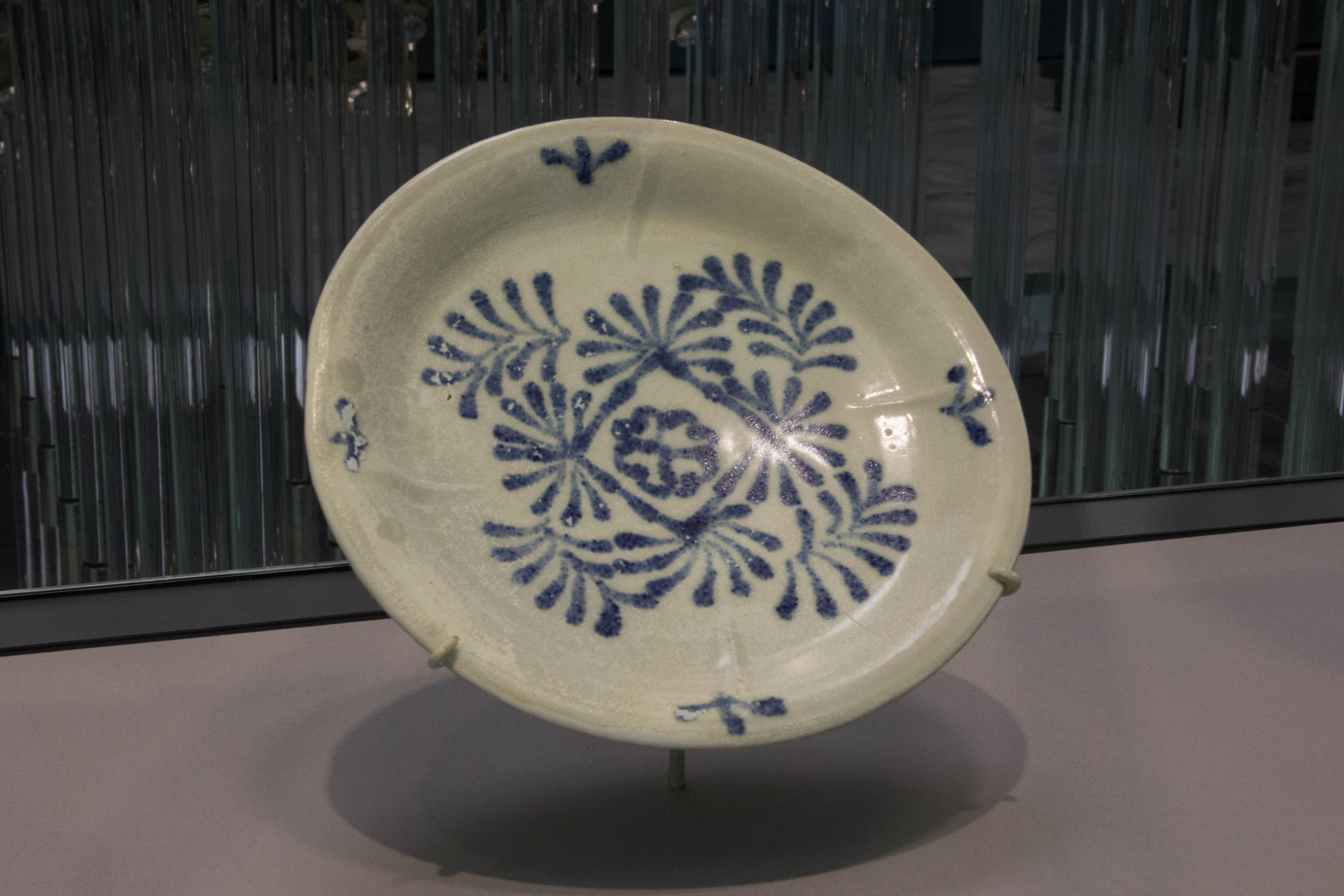 This is a blue-and-white stoneware plate from China, found on the Tang Shipwreck so it would have likely been made around the 9th century. It is one of only three blue-and-white wares recovered. It is a regular sized plate

The first thing that catches my eye is the lozenge and foliage motifs in blue. The foliage motif curls around and expands outward from the lozenge motif. The strokes are controlled, which suggests that great precision and effort was placed to design this plate.

The lozenge motif holds particular significance to Islamic culture. From this, along with the knowledge of where the ship was headed, we can deduce that China’s kilns produced this blue-and-white ware for export to the Middle East who were, at that time, the Abbasid Empire.

Within the lozenge is a quatrefoil motif, which very closely resembles a flower. Its rim also has four sprig details, which are further apart from the details in the centre of the plate. The design of the plate is simple – It looks like an everyday plate, with the exception of the four subtle bumps on its rim. It seems to give off the effect that the plate is turning – kind of like a windmill. The space between the sprigs and the foliage could be suggesting movement from the element of wind blowing up the sprigs from the foliage. It makes the design feel dynamic despite the simplicity of its strokes and style.

The Chinese blue-and-white ware was a luxury good because no one else could produce that level of radiance in their stoneware. Looking at how deeply blue the dye is, it seems like an expensive, high-quality dye. From the image, we can see how the plate is giving off a shine from the museum lights. This suggests that a higher firing temperature was used that radiance, which probably means that it was a luxury good. From this, it can be said that the plate was for royalty or someone wealthy, as was probably the case for most Chinese blue-and-white wares.

Despite how unassuming this blue-and-white plate looks, when it is analysed deeper it reveals the craftsmanship that went into its creation. It reveals that this simple looking plate was probably highly sought after because of its craftsmanship. It reveals a richness in cultural exchange between China and the Middle East through trade.