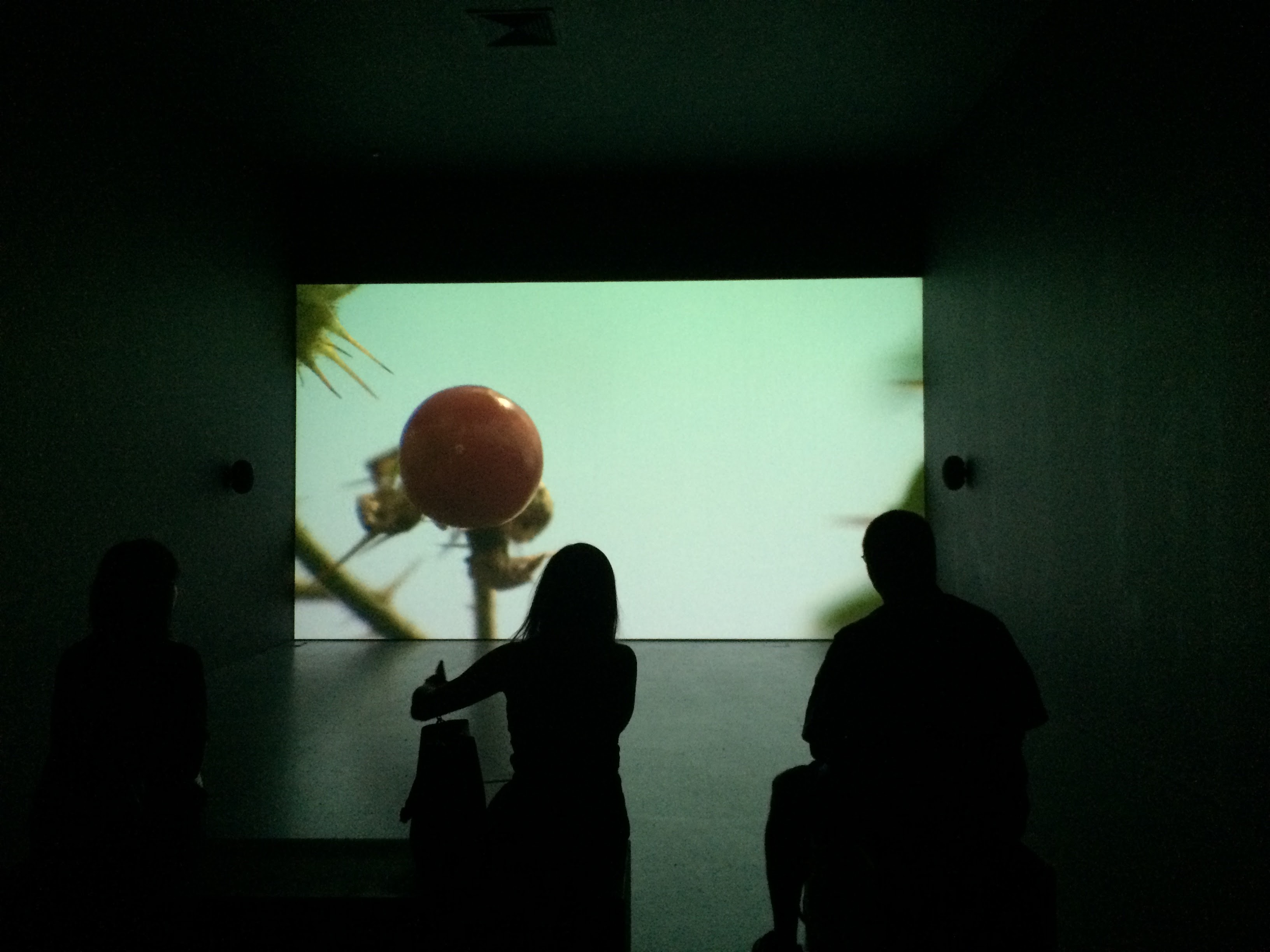 The natural habitat in Odisha, India has been undergoing major changes in its landscape. This makes way more industrial buildings but at the cost of the livelihood of the forest and its inhabitants. The film showcases different places in Odisha – presenting the environment as the “Scene of the Crime”.

What first caught my attention was the minimal use of text and the way it was presented. The mystery of who ‘he’ and ‘she’ are, left me perplexed and wanting to know more. In one instance, we learn that the ‘judge’ refused evidence for ‘his’ murder. This could be a metaphor for political powers disregarding the protests that the industrialisation of Odisha has damaged the land. The non-literal and minimal use of words make each sentence impactful.

Movement in each shot is slow. The waves move slowly, as do the rustling leaves on the trees. It feels like the calm before the storm. A fairly common technique in film is to slow down the shot and muffle the sound to bring out the feeling of inevitable loss, which is what I believe was being expressed.

Each individual sound is clear and crisp to immerse you in the scenes. This invites you into each scene to experience the beauty of places that will eventually be lost to industrialisation.

While it paints a poetic picture of the situation in Odisha, it is nonetheless very one-sided. Perhaps the industrialisation of Odisha would bring more good than harm in the long run, but it was not expressed in the film. Its purpose, then, is most likely to set the mood for the exhibition. Kanwar is not just trying to inform, he is trying to make you feel what he, and the protesters, feel for the land. You might not see the value in it, but he is trying to put you in the same situation of having something you care about and depend on being destroyed.