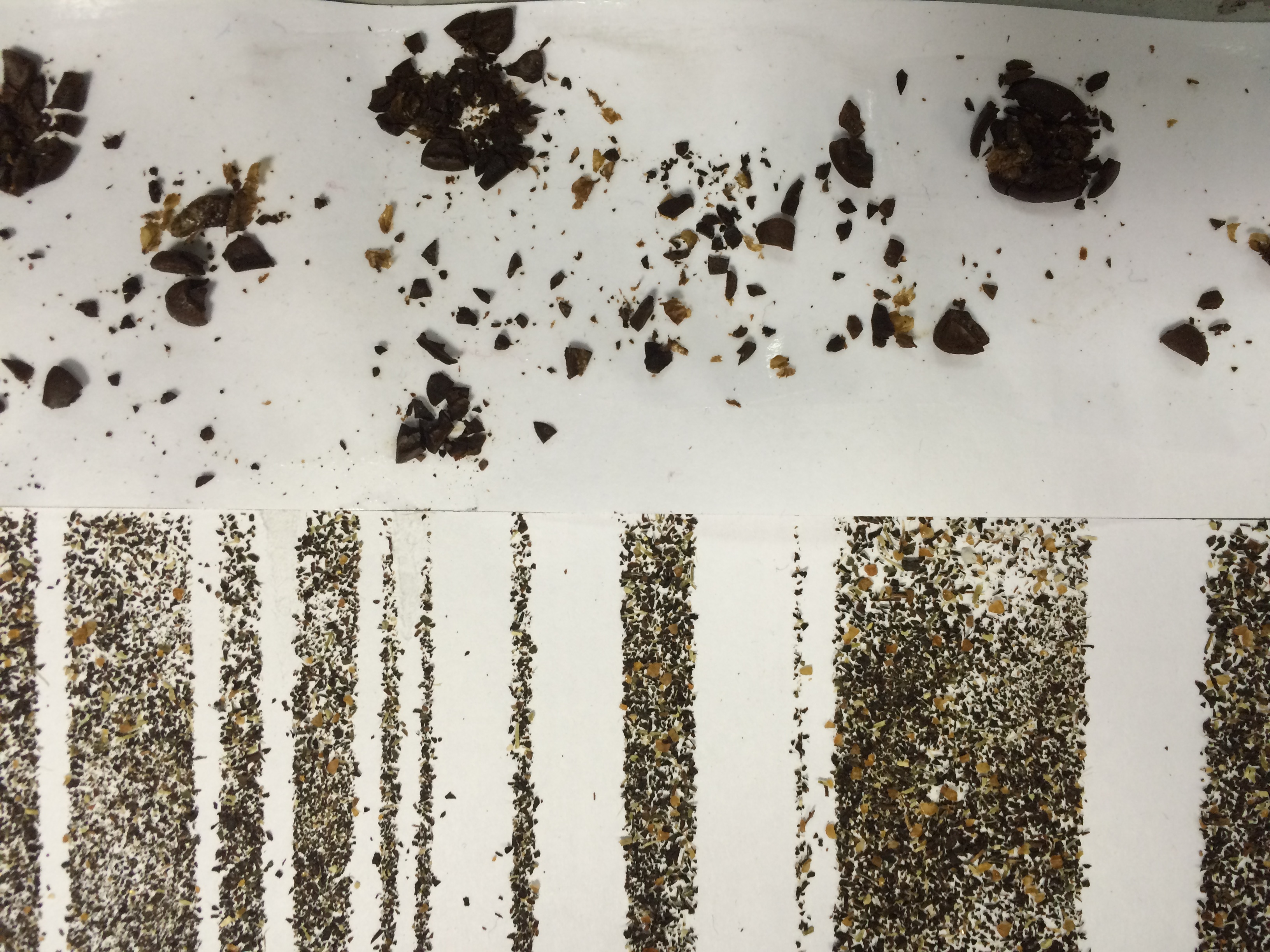 I spent the weekend trying out all sorts of mediums to create my lines. The results are as follows: 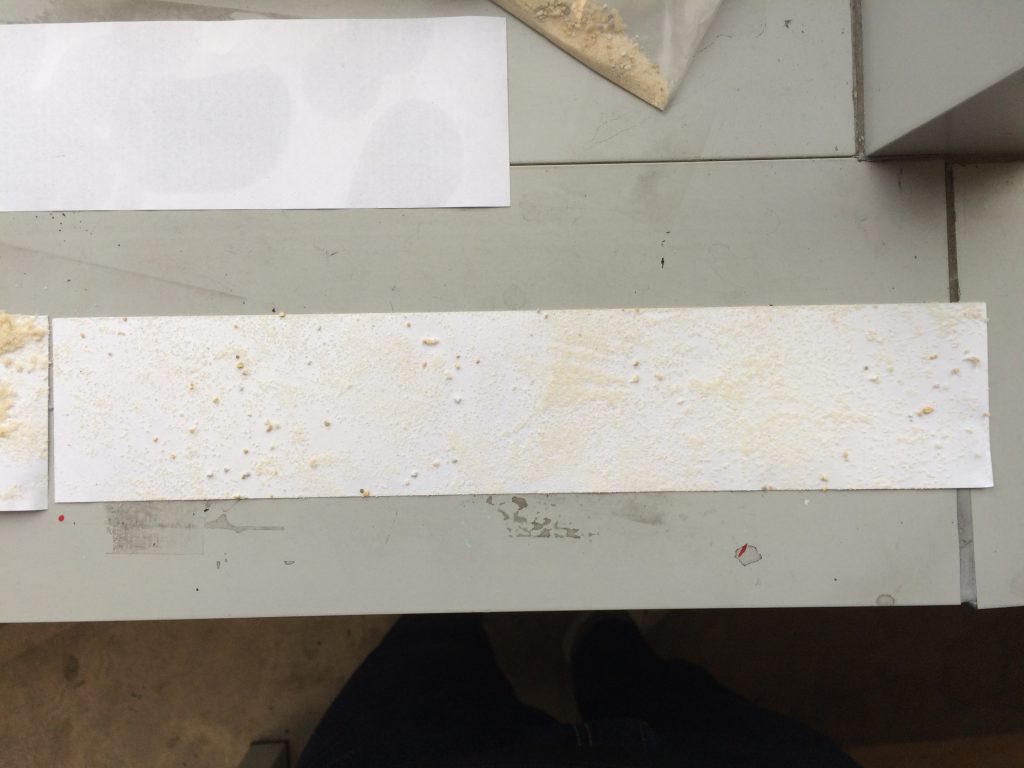 It was only much later in the day when I realised that light brown is not going to work. So I decided to paint over the sand. 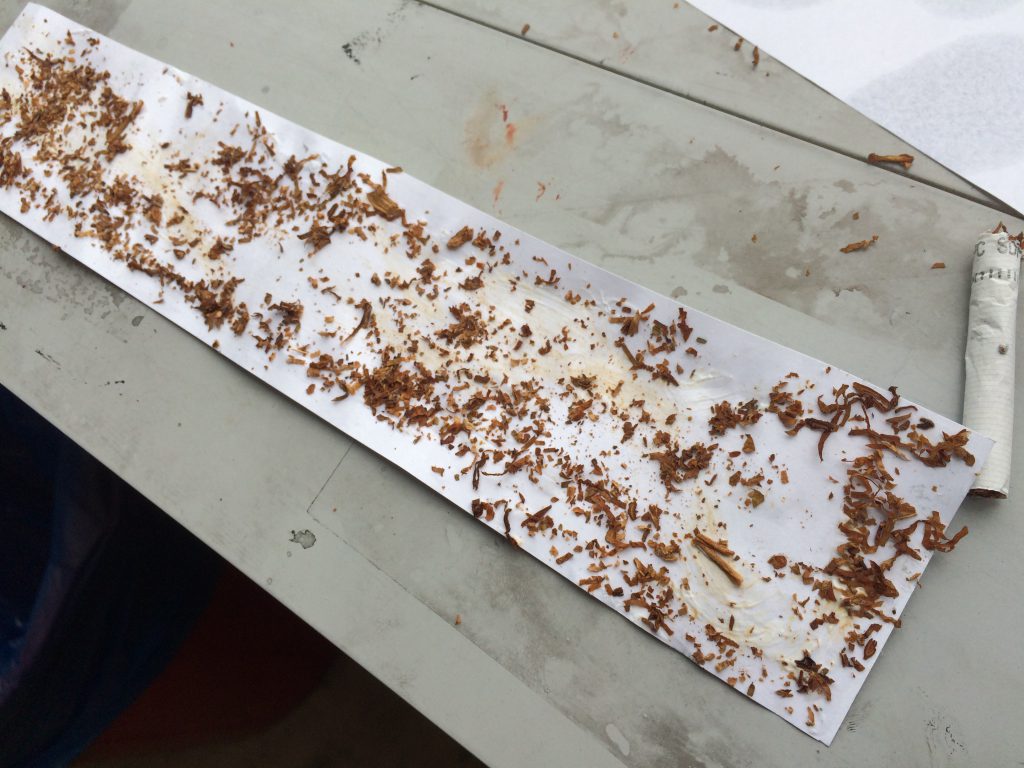 I also tried using the nasty nasty stuff inside cigarettes to create something that I felt would give off an off-putting vibe. Again, the colour was a darker shade of brown and adding black paint would have just felt a little too forced. I really thought that it could have been something. 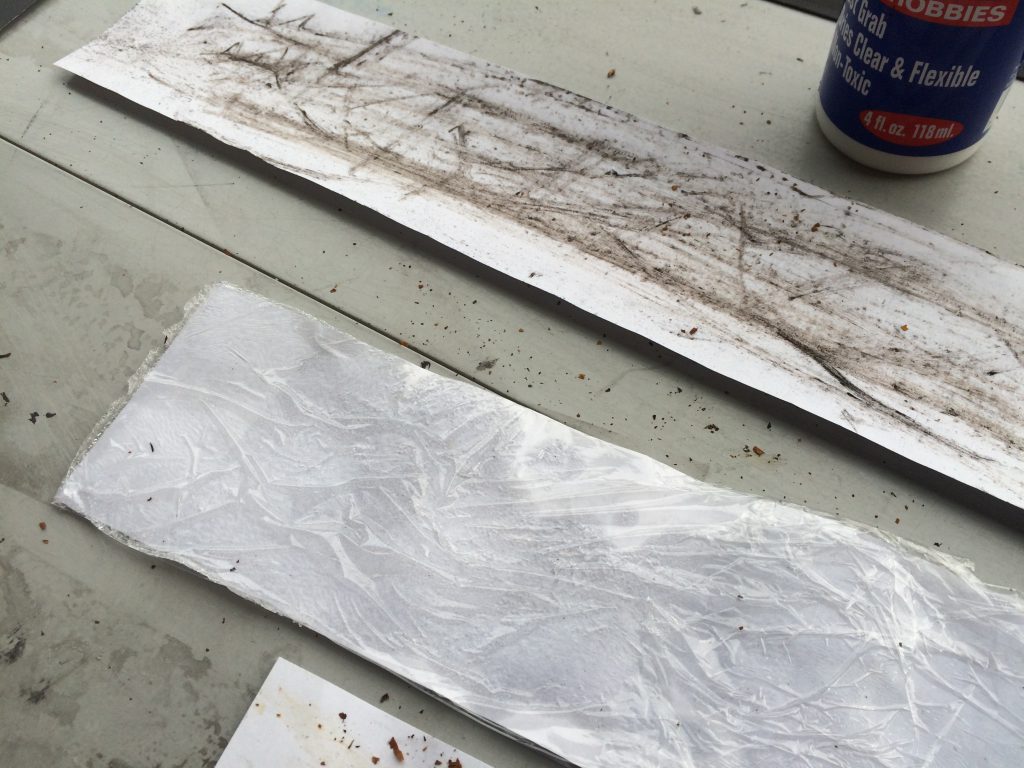 This was a weird one. I had gel wax lying in my room (don’t ask), so I played around with trying to apply it on the paper. It did not stick so I wrapped the paper in cling wrap. The cling wrap just over powered the entire piece and the wax was looking more 3-dimensional than I would have liked, so I rolled the wax down onto the paper until it formed a thin layer. The resulting effect in quite unique.

I made attempts to use coffee beans and tea leaves to create interesting pieces. Though the result is slightly more 3D than I wanted, I feel that it would hold up when looking at it from a 2D perspective. 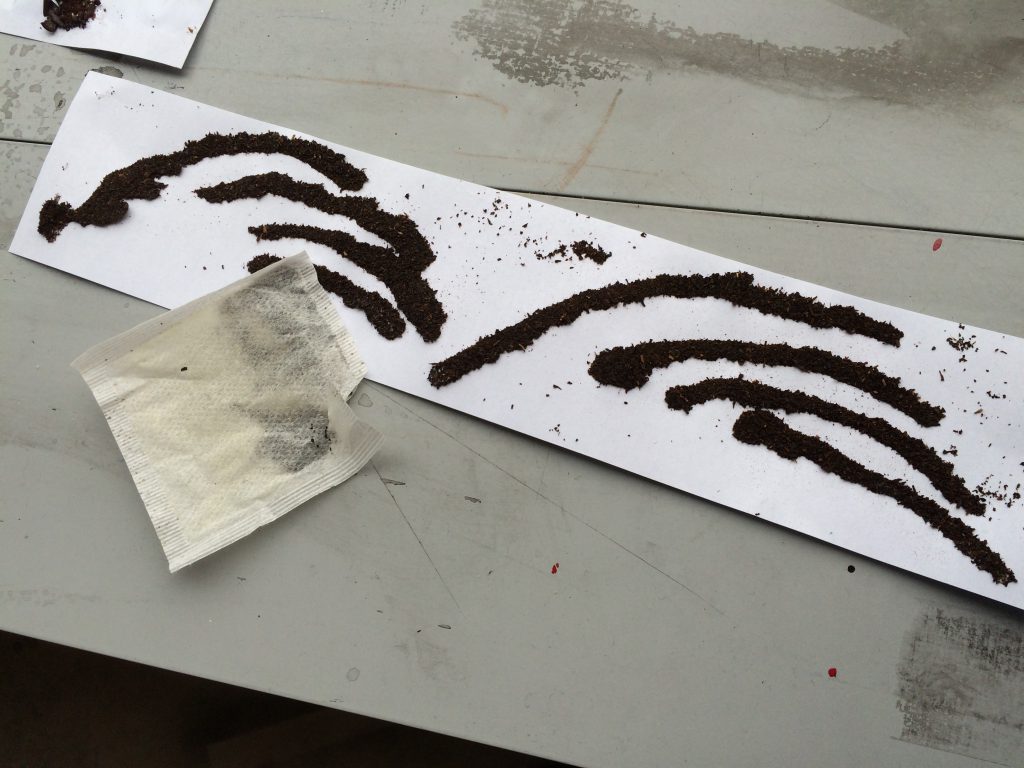 One of the several attempts at using tea leaves on paper to express the feeling of bliss or tranquility. 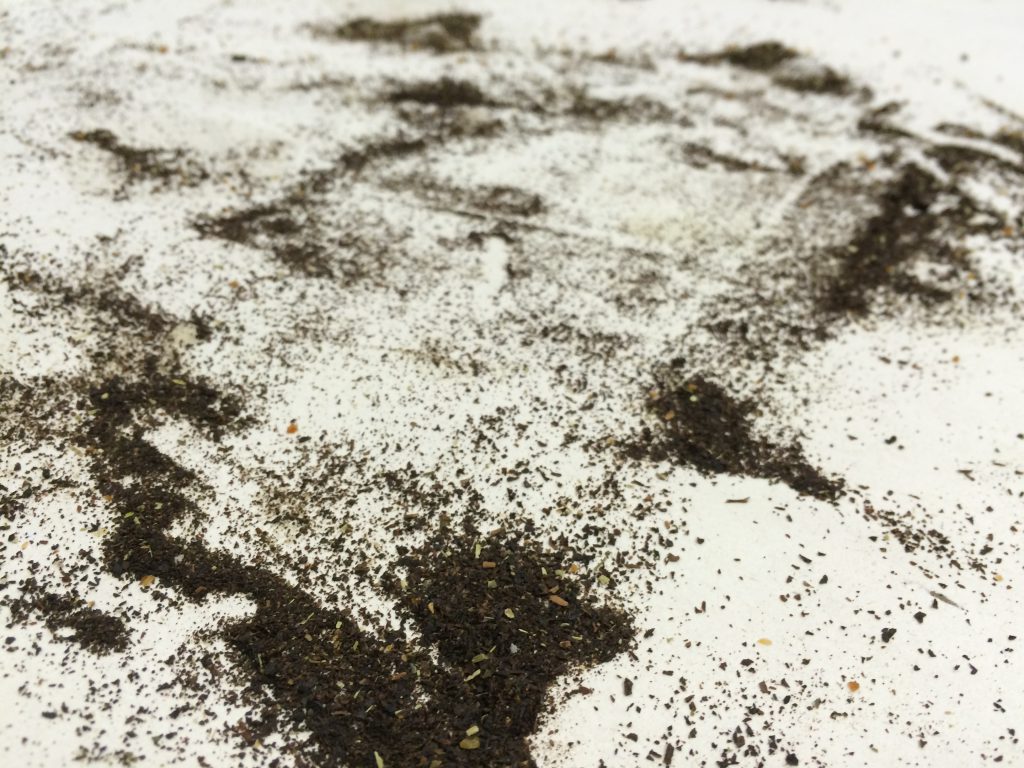 The mess made from using the tea leaves. No email complaints sent so we’re good. 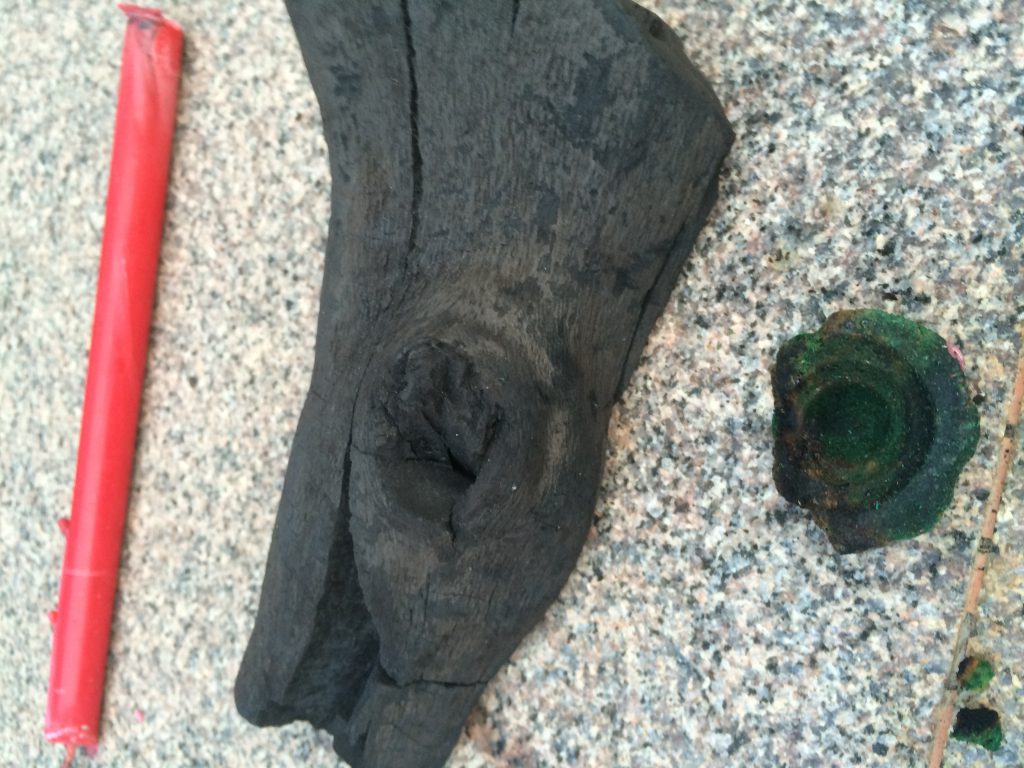 Just before night fell, I took the picture of materials I used. Red candles were no good but I used the flame to create burn marks on the paper. I also tried burning charcoal to then make marks on the paper but not much happened. Lastly, I tried using this indian incense thing (name of which escapes me) given to me by a friend for a shoot that never came to be. The smoke was promising but alas, nothing happened to the paper. 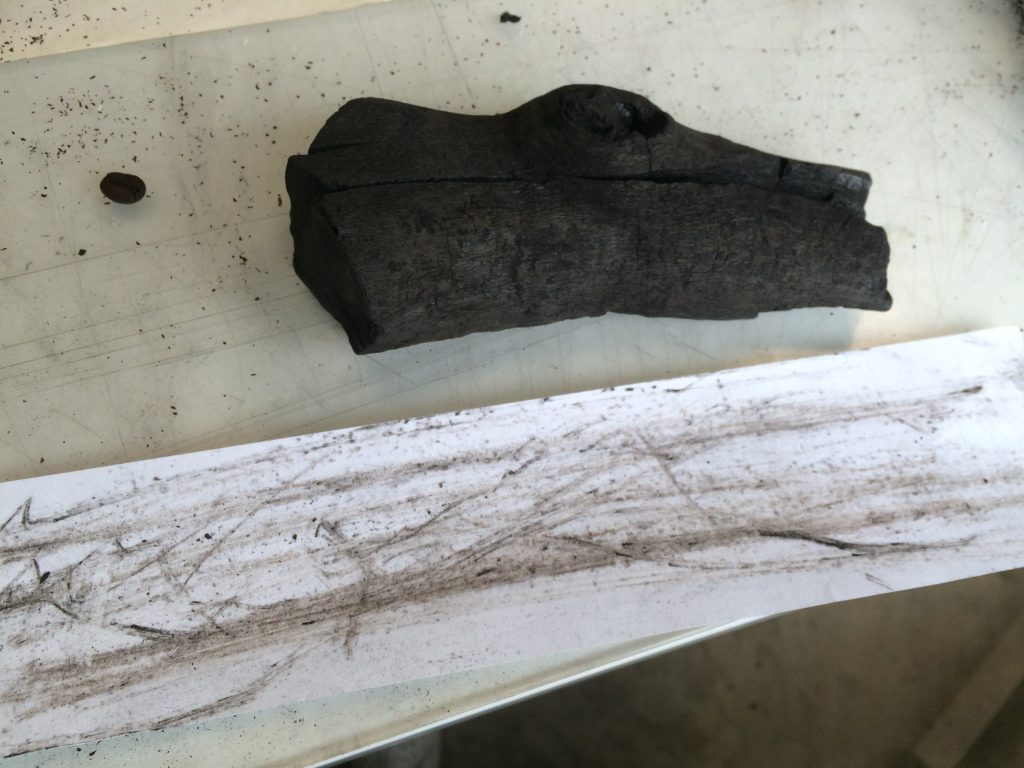 The charcoal on paper did not give me anything to work with organically. 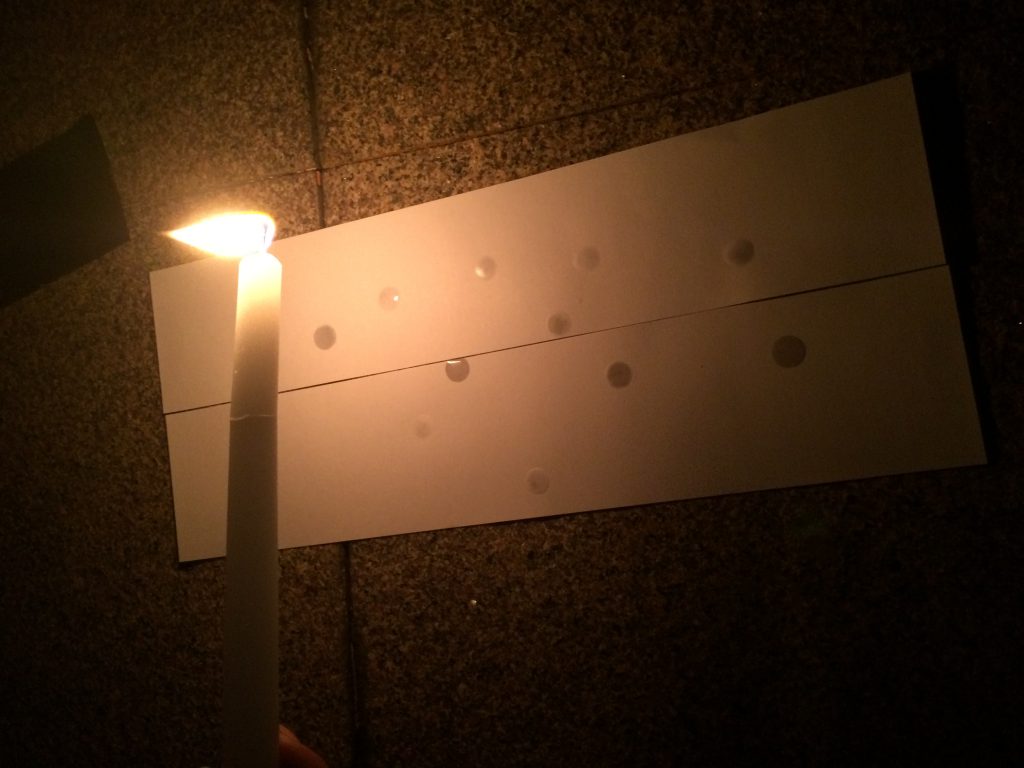 Why light a candle and drip wax at night when it’s dark outside? Because it would have been too easy otherwise.

With all my experimentation done, it would now be time to select my final pieces.