I found some abstract artworks I really like and used them as an inspiration to some of my works.

I liked Ad Reinhart’s idea of similar tonality. In his work, he played with the colour black, processing blacks of various tones in a 3 x 3 square to question on the idea of absolutes.

I also like Mark Rothko’s work. Seeing a Rothko piece in South Korea, I was in awe by the beauty of his use of blending and tones. They seemed really soft and really smooth and evoked a slow, calm effect.

Jackson Pollock’s beautiful work might look like a mess after eating McDonald’s, but the vivid strokes show energy and tells a fierce, fiery outburst, to the audience.

I did some permutations but it made me very frustrated because I couldn’t get what I want. What I did was visualise an image like those visualisers you see on Windows Media Player. Just that it worked with a song tagged to an emotion. 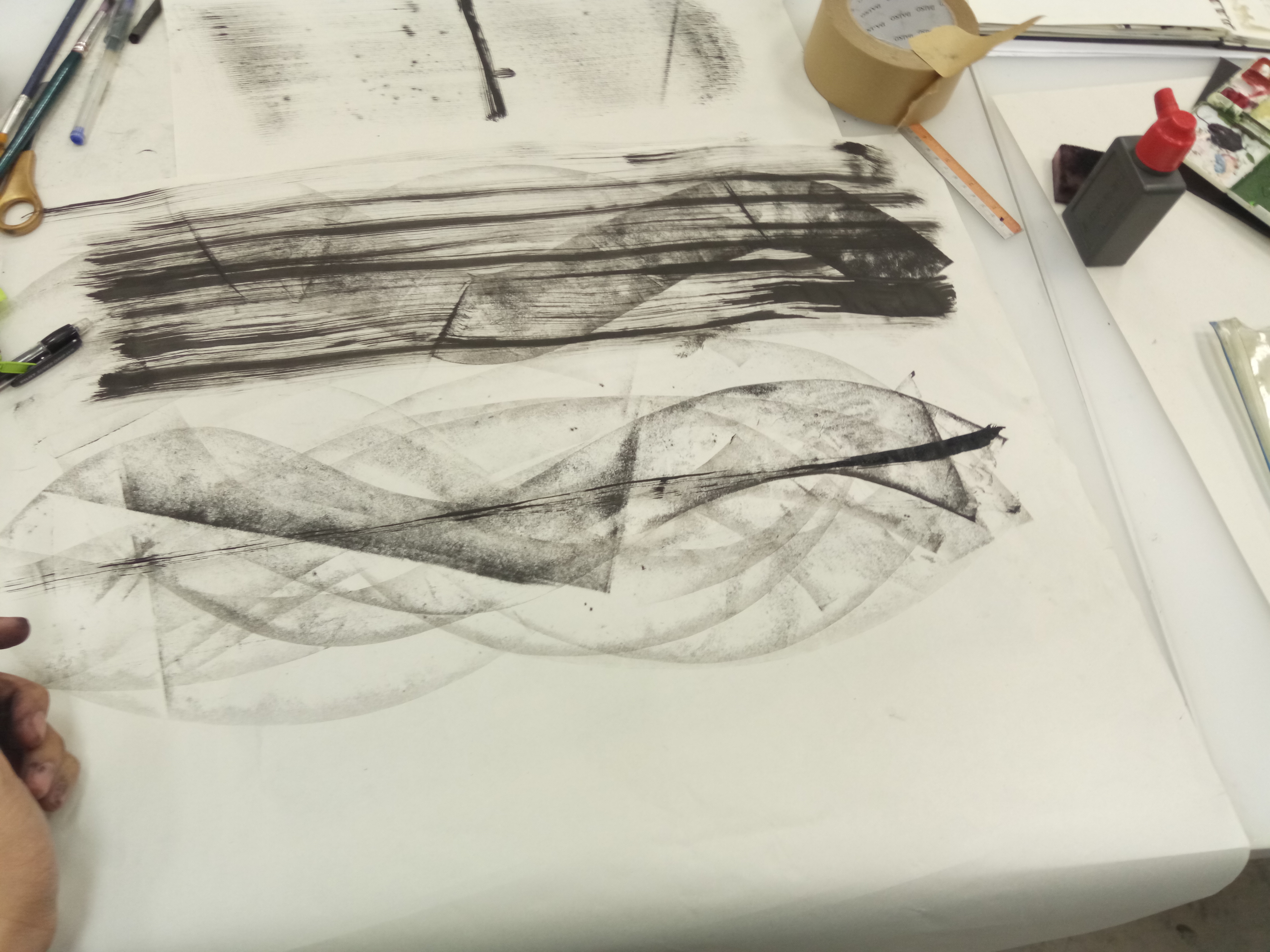 Exhibit A, I tried using the roller to give a swishing effect to show sensuality and intertwining for “lust”. But it was only concentrated on the side, it didn’t roll nicely, but the effect was still intended, I could still see a soft intertwining effect. Secondly, I tried to layer another feeling on top of the feeling of sensuality. This was because I felt that a singular stroke or line was not enough to represent the complexity of emotions, therefore I added more rigid, repetitive lines on top of the swishes. I think that it achieved an intended effect, but there is more to work on in terms of finding the right layer. 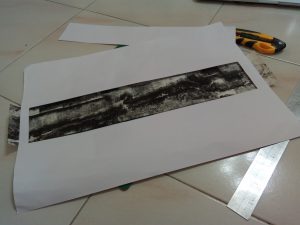 Another issue I had was the eventual cropping of the larger lines I made. In the end, the lines have to narrowed down and be framed within the guide of 380 x 72. However, for some lines it worked, it worked in which the cropping augmented the emotions that I was portraying. Like wise, for others, a large significant portion of the emotions were cut off and it needed to be re-layered with another feeling to further bring out the emotion.

This was eventually resolved. Nothing much rocket science

So, I did a few experimentations with various mediums and felt there were very similar lines created by different objects. Some of my lines ended up like this : 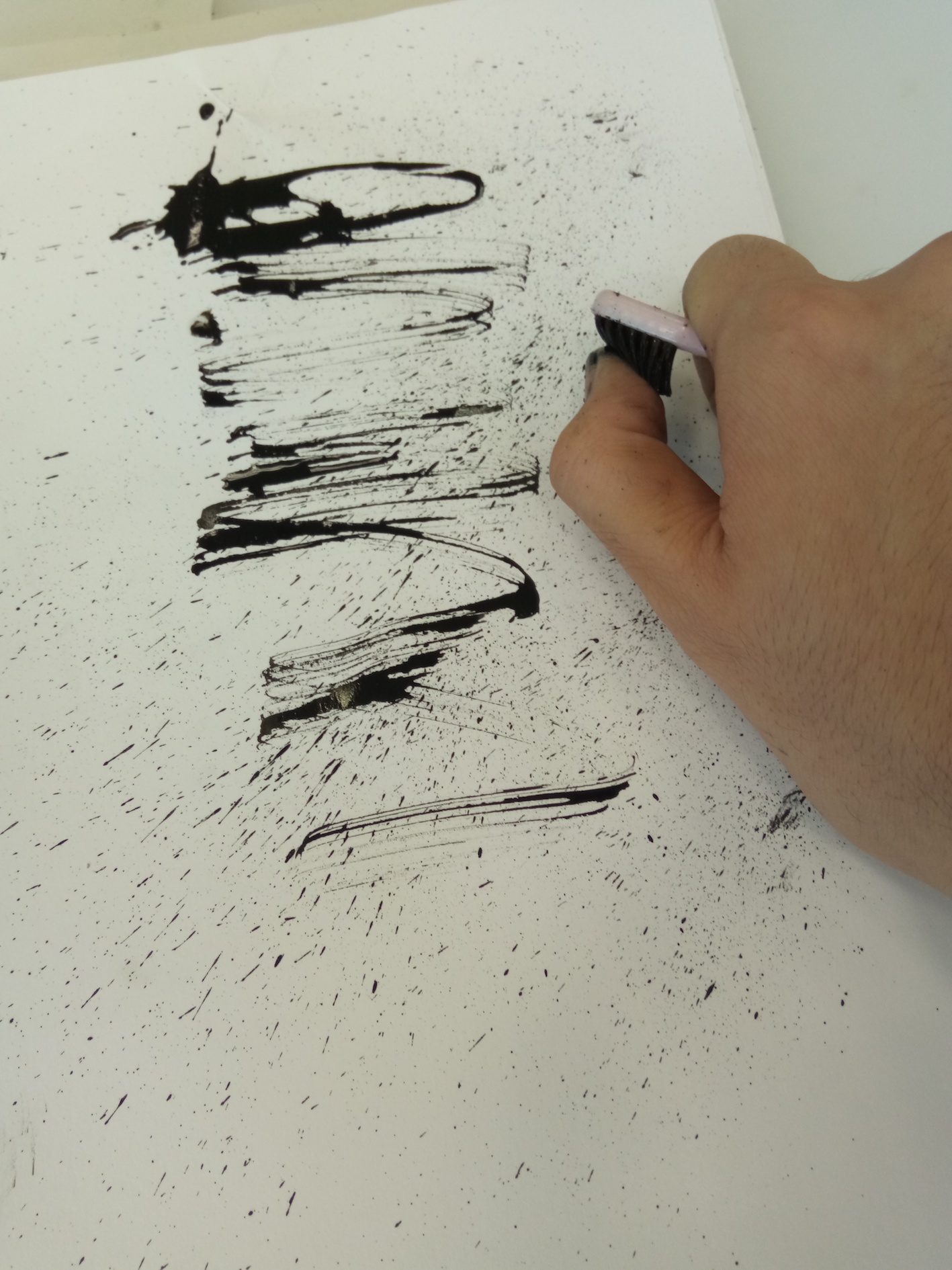 This line gave a more rejuvenating look, and it was very lively and very exciting. It was made with a toothbrush. 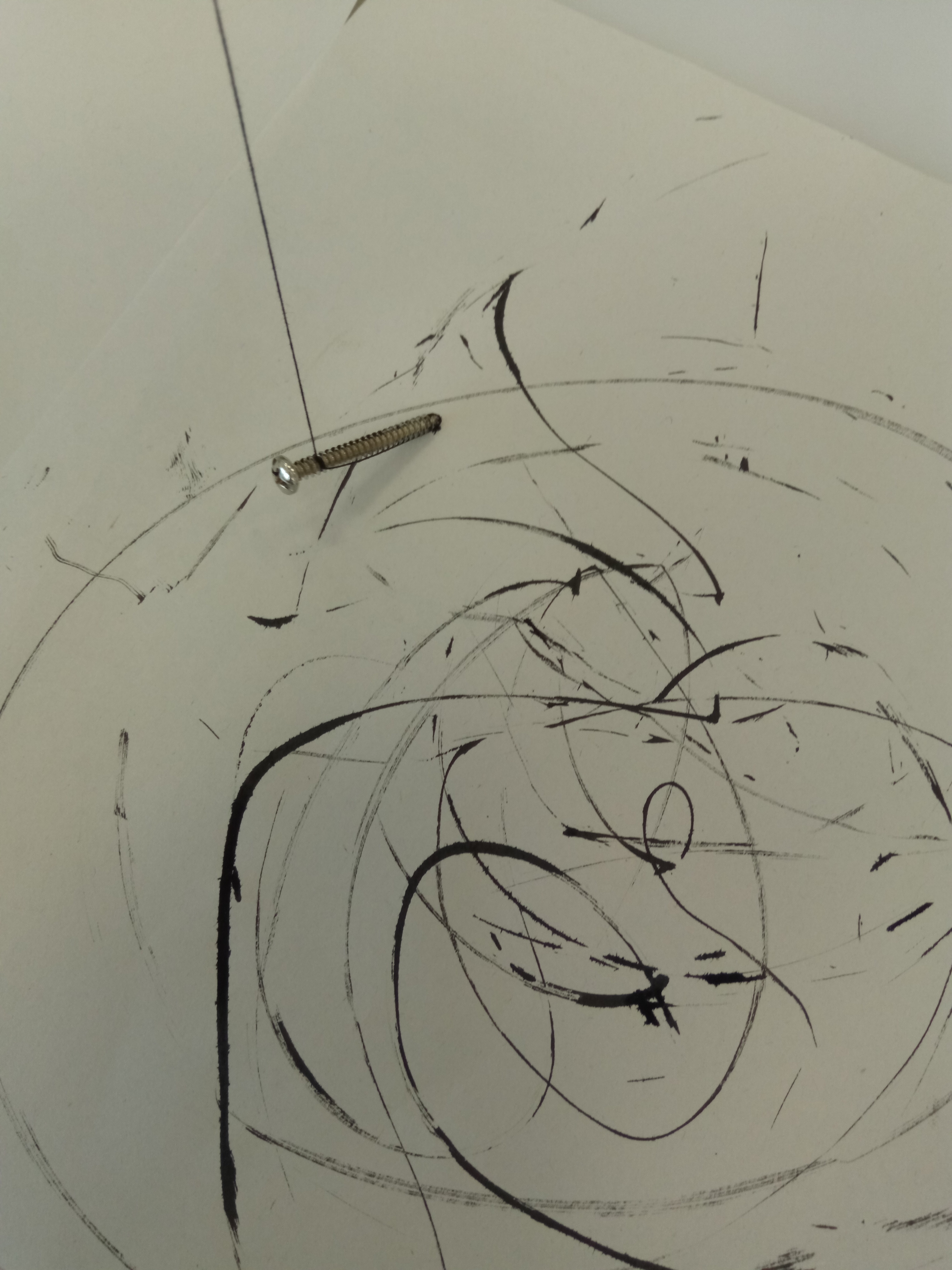 This line was made with a nail in a similar fashion of witches “scrying” for people on a map with a crystal. It gave more pendular effect and the lines varied in weight. Very large spaces the lines feel very cold, but wise. If you get what I’m saying. 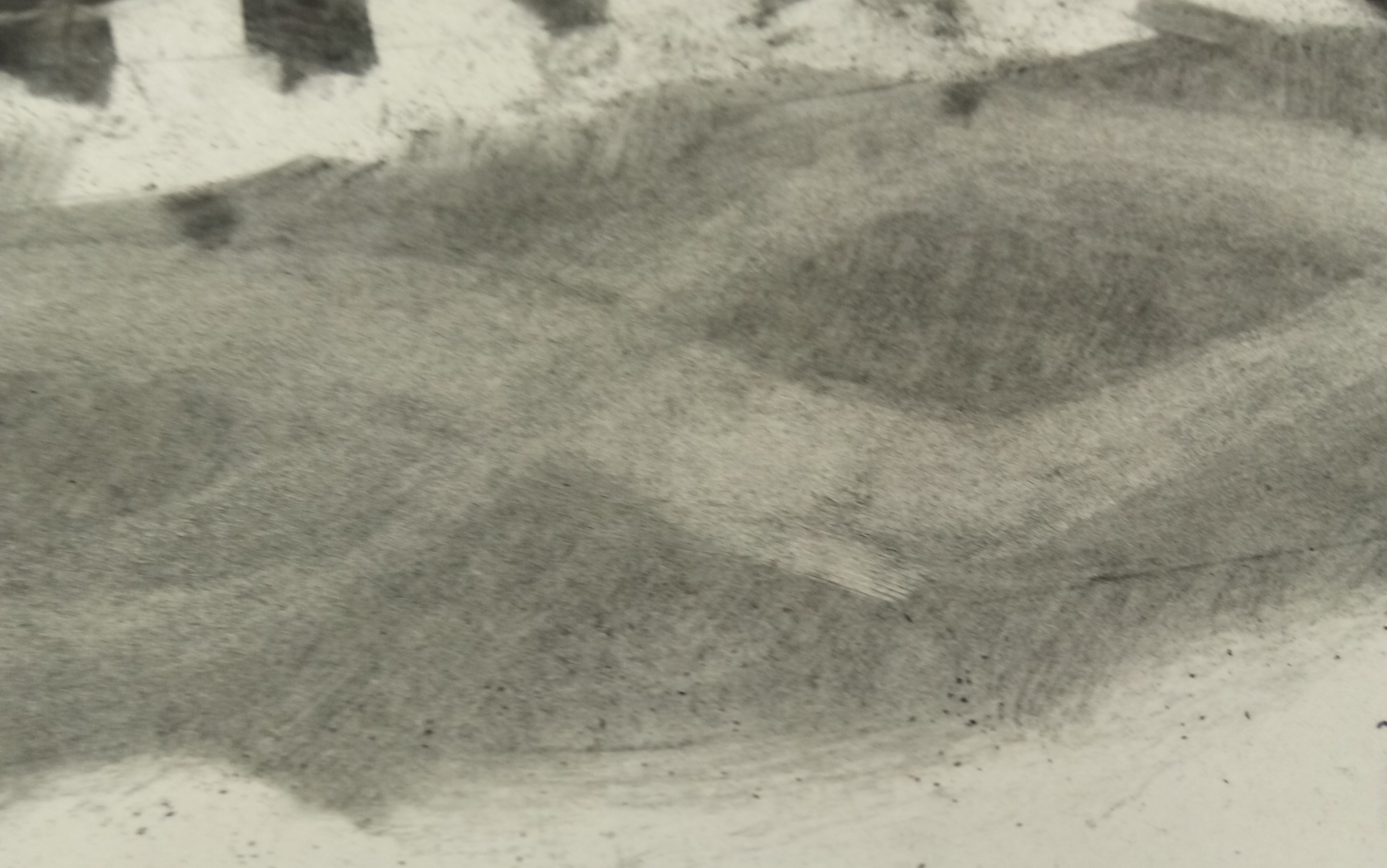 This line was made with charcoal and then smudging the charcoal to create implied lines. The lines are very soft and it flakes due to the softness of the paper. I like how it gives a very subtle textured look. But I need to work on smudging. It looks very forced. 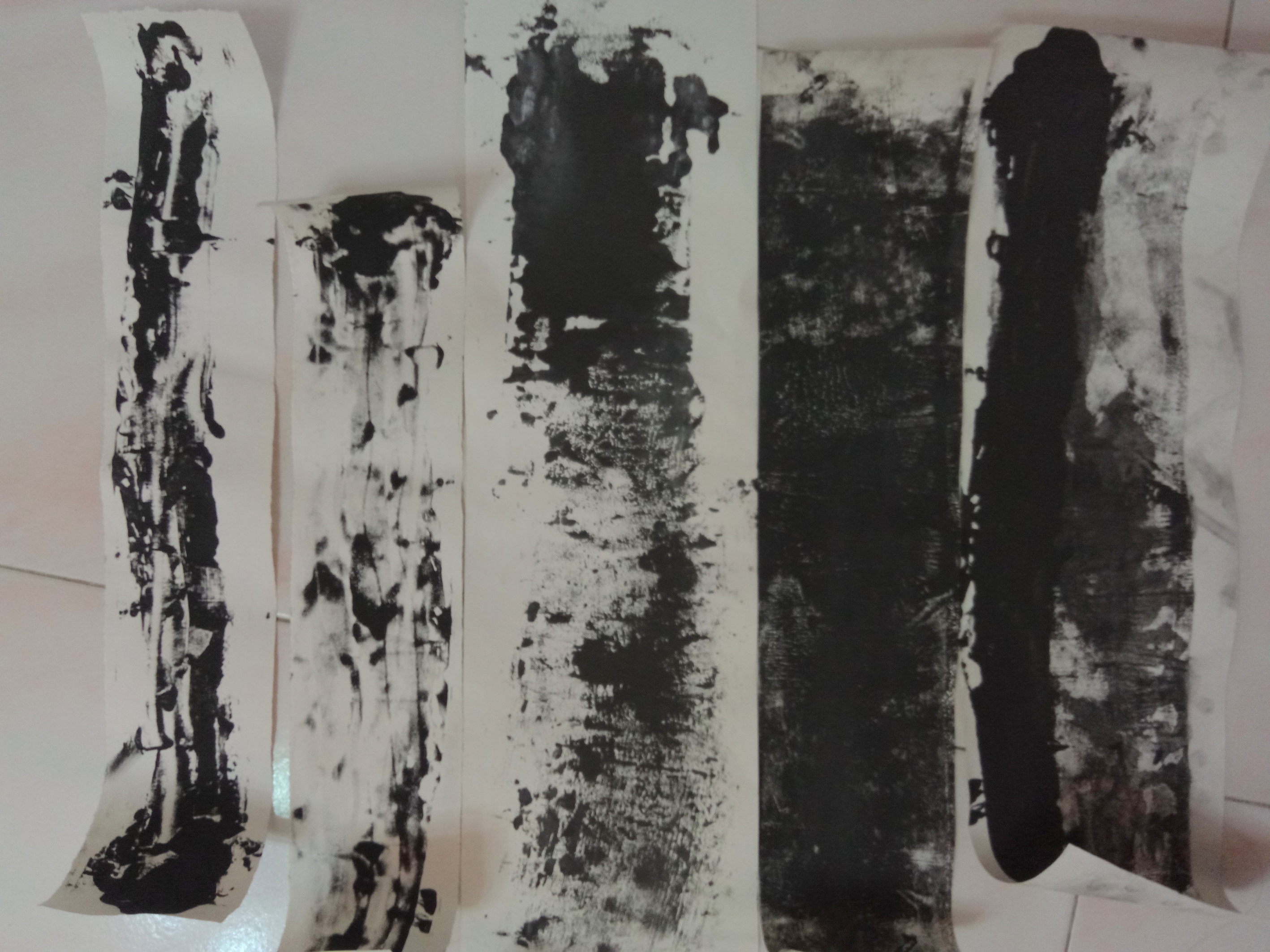 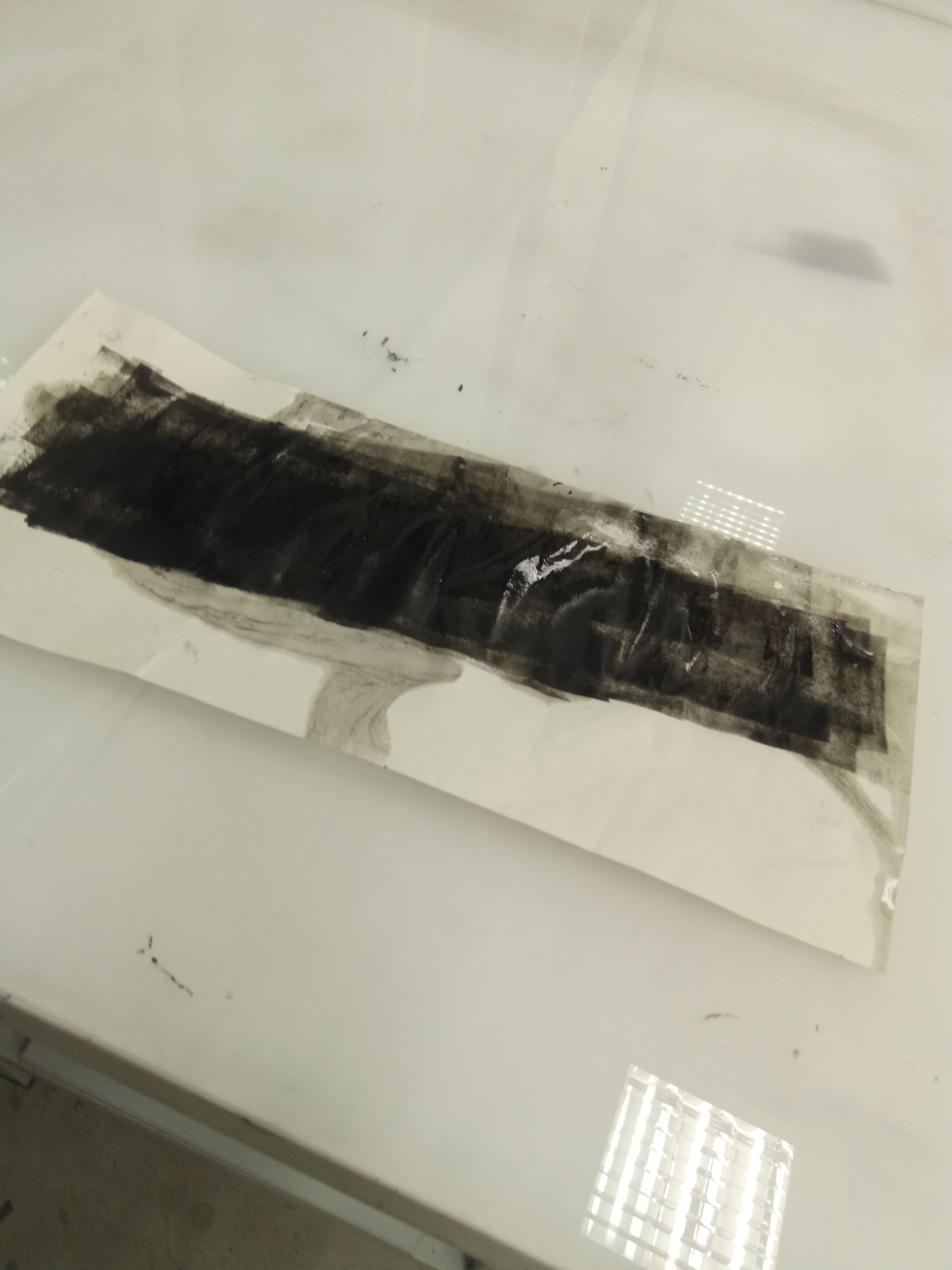 These black lines were made after both, rolling paint on a piece of paper and plastering another on top, or putting it a piece of paper on top of a piece with wet Chinese ink. I think the ones with paint gives a very rugged edged but it tapers to a soft sensuality. Due to the plastering of the two pieces of paper together, it ends up having a softer, liquidised look as seen in the second piece from the left. 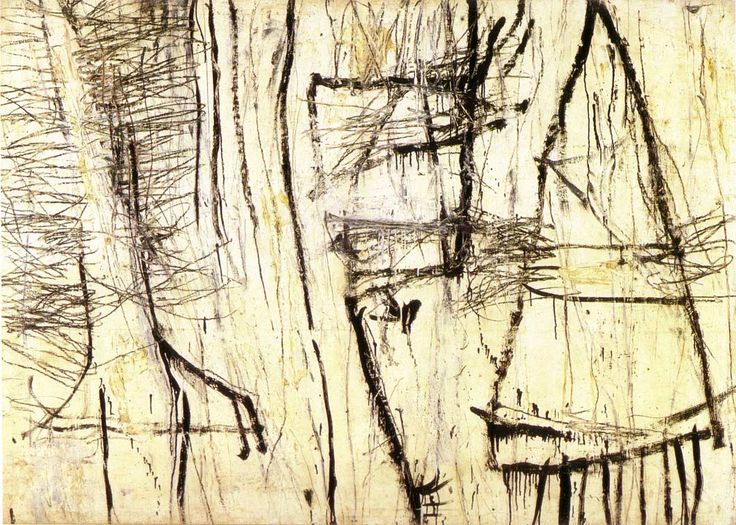