So I have finally chosen 4 quotes to fill up my project. I will slowly ideate them here (because I need to write to fill my brain).

This quote came from the Japanese movie Helter Skelter. The premise of the sentence and the movie was the main character, Liliko, describing her rotten nature and personality despite her outer appearance as an idol. Liliko is a supermodel in Japan who had attained full body plastic surgery from a hospital with illegal practices and to sustain the beauty, she requires the expensive treatment. Due to the decline in her popularity, her manager is no longer inclined to invest in Liliko. As a result, her health and beauty starts to decline, she begins to age, look uglier, have spots on her body.

Some key ideas that I would want to demonstrate from this quote is the idea of beauty and fruit.

Fruits that have been linked to beauty would be the apple due to the links it had with knowledge and humility. Eg. Garden of Eden, Apple with Eve in the bible and Lilith before her despair in Faust.

Flies and maggots are a symbol of a symbiotic relationship of the world, where the flies are parasitic to left over and maggots are left to hatch in the crevices of the rotten fruits. The pagan God or Abrahamic Demon Beelzebub, has also been described as a giant fly. 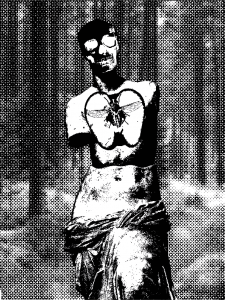 Draft 1, I decided to go literal.

I used a female statue and the apple to describe heart and lungs (the core of a person) as well as a fly to ‘eat’ it. The background is negligible.

I don’t really like it because the apple looks too small and the rotten apple feeling isn’t pushed through. 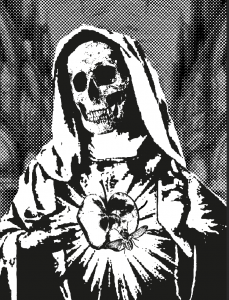 Draft 2, I decided to go a little macabre, using virgin Mary as a symbol of beauty but the dead body and the rotten apple to signify rotting. It’s still too literal! But it is visually pleasing. 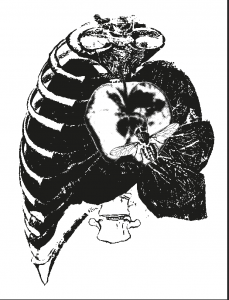 Draft 3, The lungs, apple, fly. I wanted to show the inner beauty thing with the rotten heart (rotten apple) being eaten by the fly. But it’s not pushing through aesthetically. 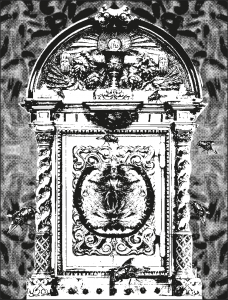 Draft 4, The tabernacle of rotten fruit. I decided to use an object that was sacred and connoted as beautiful, the tabernacle and replace the eucharist with a rotting apple with a lot of flies and being laid on a maggot background. I quite like this because it looks very eerie and stark. It helps to supplement my idea of beauty on the outside but rotten on the inside. 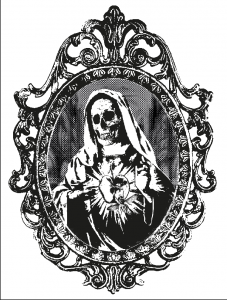 Draft 5, I decided to redo draft 2 to include a mirror frame. It would look like a reflection of self and had a more refine quality to it as compared to the original.

Consequently, I realised that it was a good idea to continue with this and to clean it up so it looks like a good print for silkscreen. 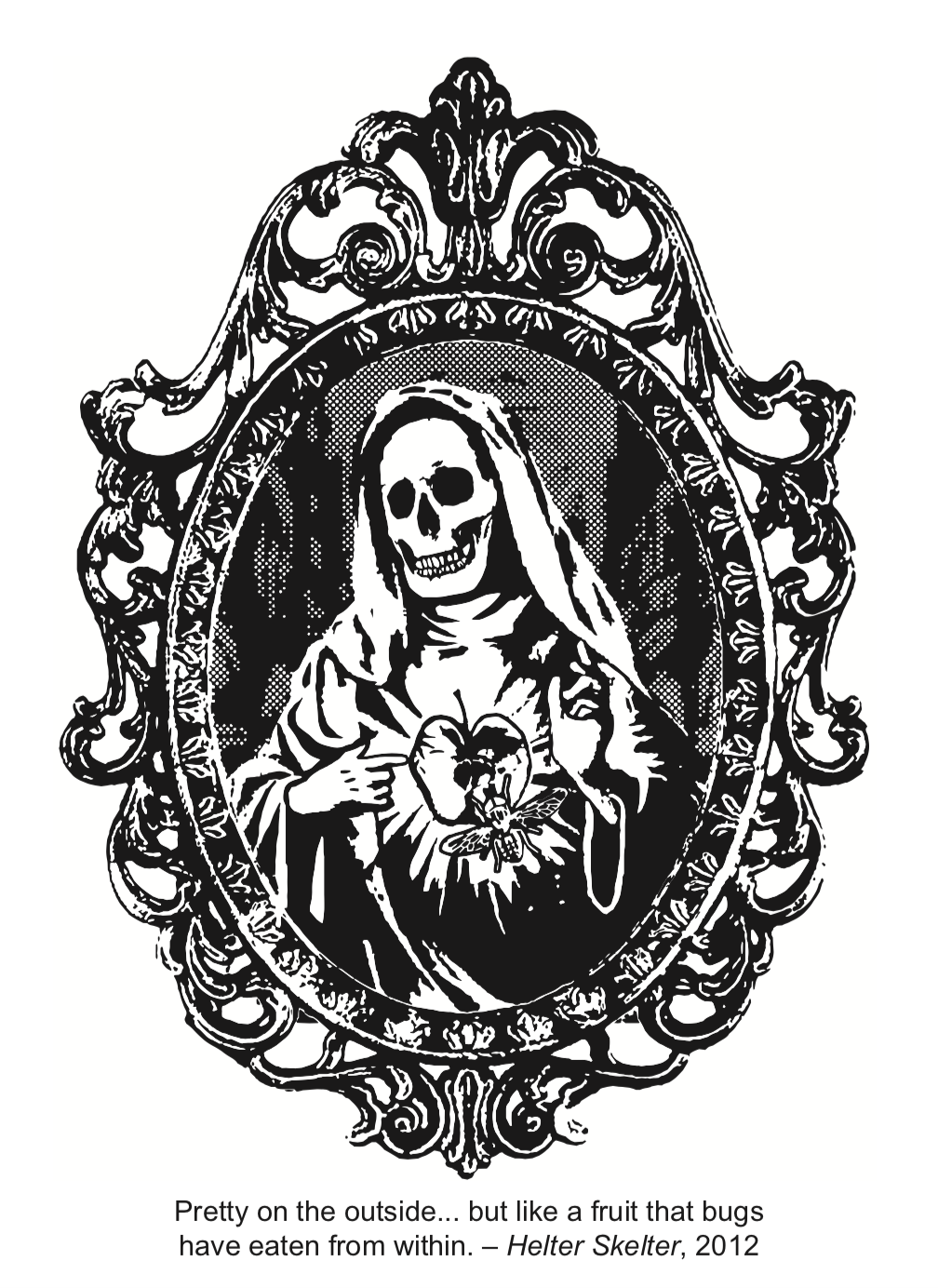 Overall, I do enjoy this work as it encapsulates the quote of self-reflection and decay. I think it has spoken for itself and I’m glad I chose this permutation.

If It Makes You Happy, Do It.

My Soul is Rotten

Humans Are Cowards in Face of Happiness 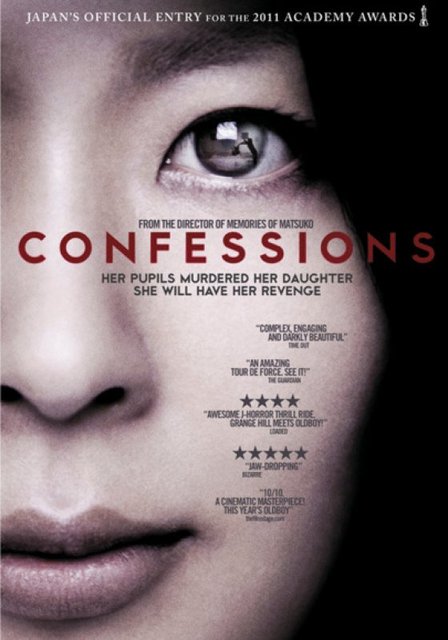 As She left, I heard the sound of something important to me disappearing

The Weak will always hurt those weaker than them 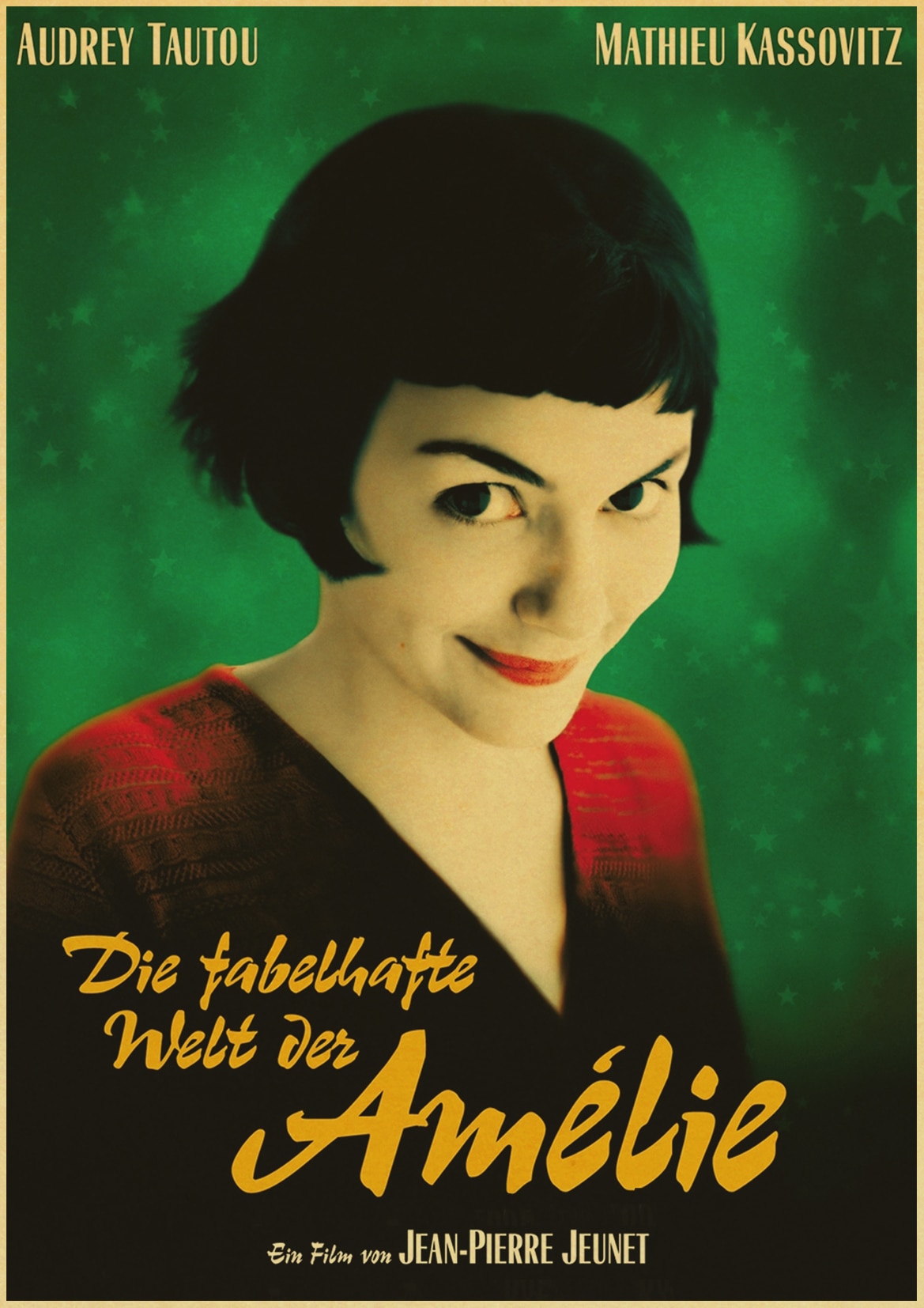 Your bones aren’t made of glass, you can take life’s knocks He’s Just Not That Into You :

You’re Either the Exception or the Rule

I refuse to be sick, I’m wearing Valentino for crying out loud.

Everyone wants to be us.

Please bore someone else with your questions

Details of your incompetence do not interest me.

By all means move at a glacial pace. You know how that thrills me.

It’s certainly, convenient to be pretty

We’ll be forgotten, we’re machines for the processing of desires.

Listen, balance, my darling, is not letting anybody love you less than you love yourself.

You don’t need a man, Liz. You need a champion.

It won’t last forever. Nothing does.