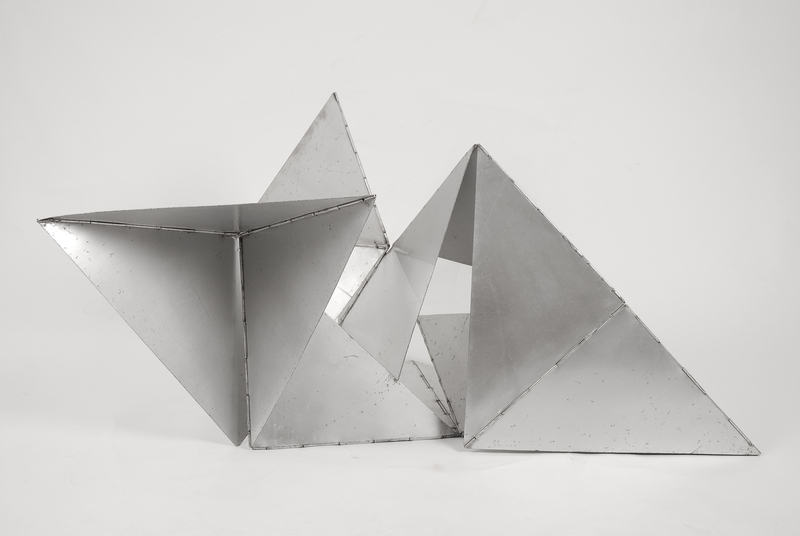 At the beginning of this assignment, I was a bit reluctant as I not confident in geometric abstraction, much less in 3D.

I did want to attempt the octahedron but after creating a very poor wire model of one, I realise I would not be able to produce a final outcome I would be happy with within the given time. So, I settled on the tetrahedron which still presented problems for me.

For the tetrahedron, I looked up nets of the polyhedron before realising it is actually a really simple shape.

Moving on to the planar model, I struggled before I looked up some of the artist references provided. I was very inspired by Lygia Clark’s geometric sculptures and how some form tetrahedrons by isosceles triangles rather than equilateral ones.