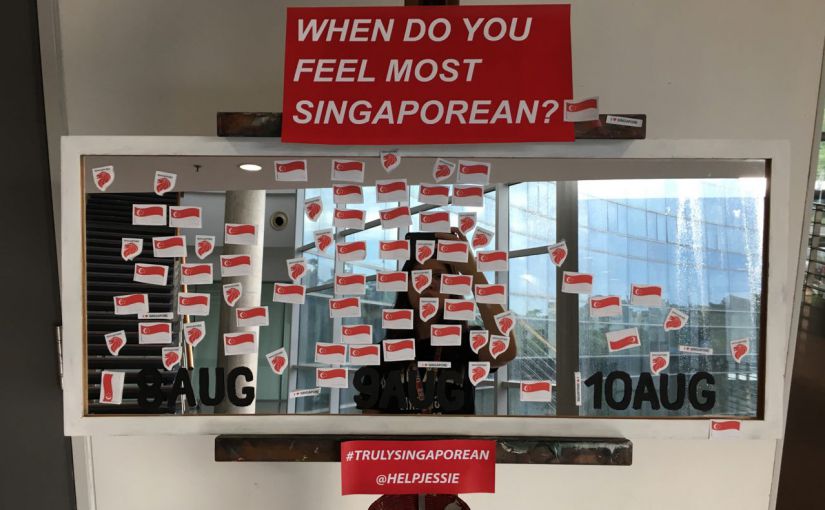 See my research and process here and here! 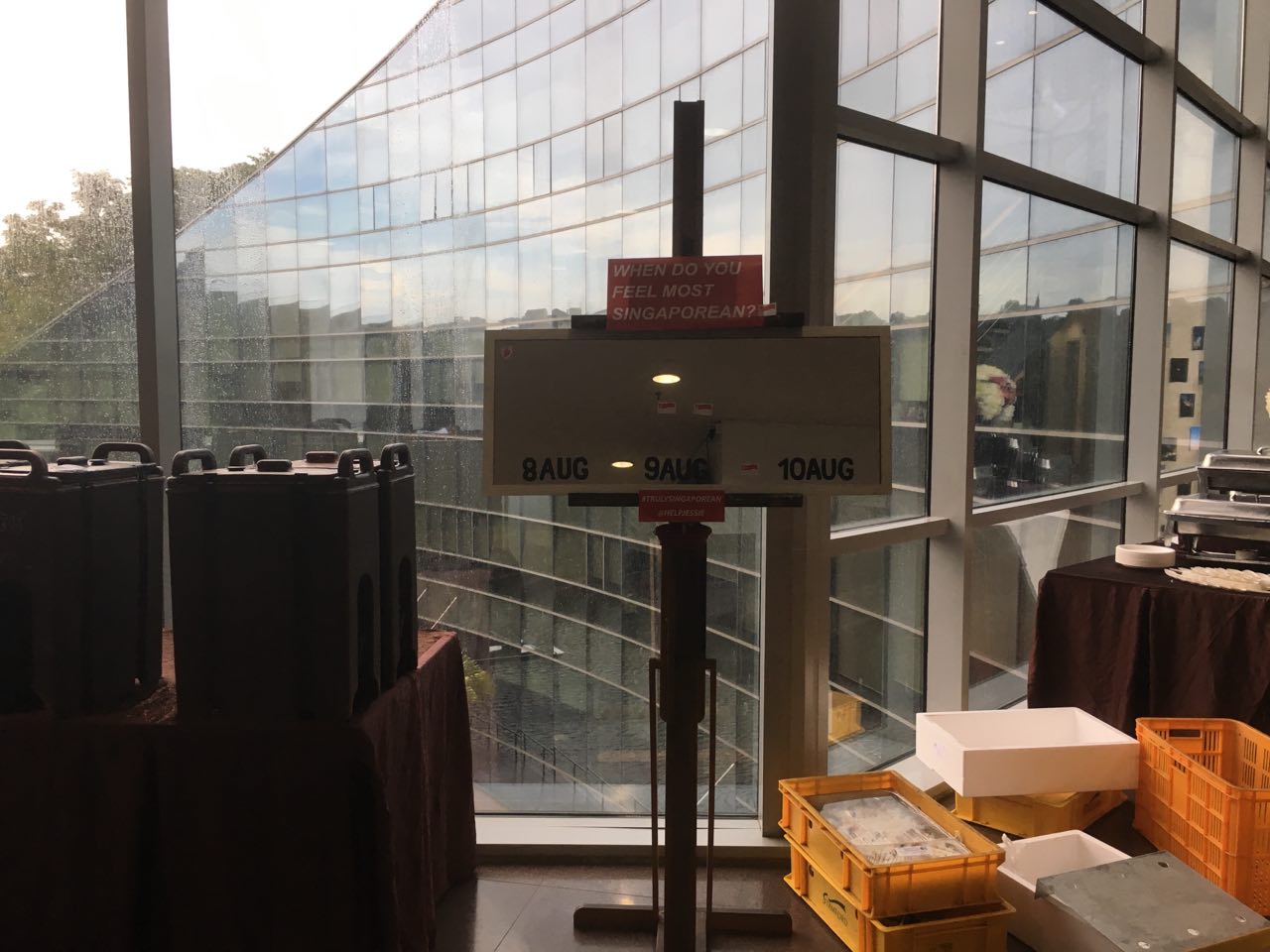 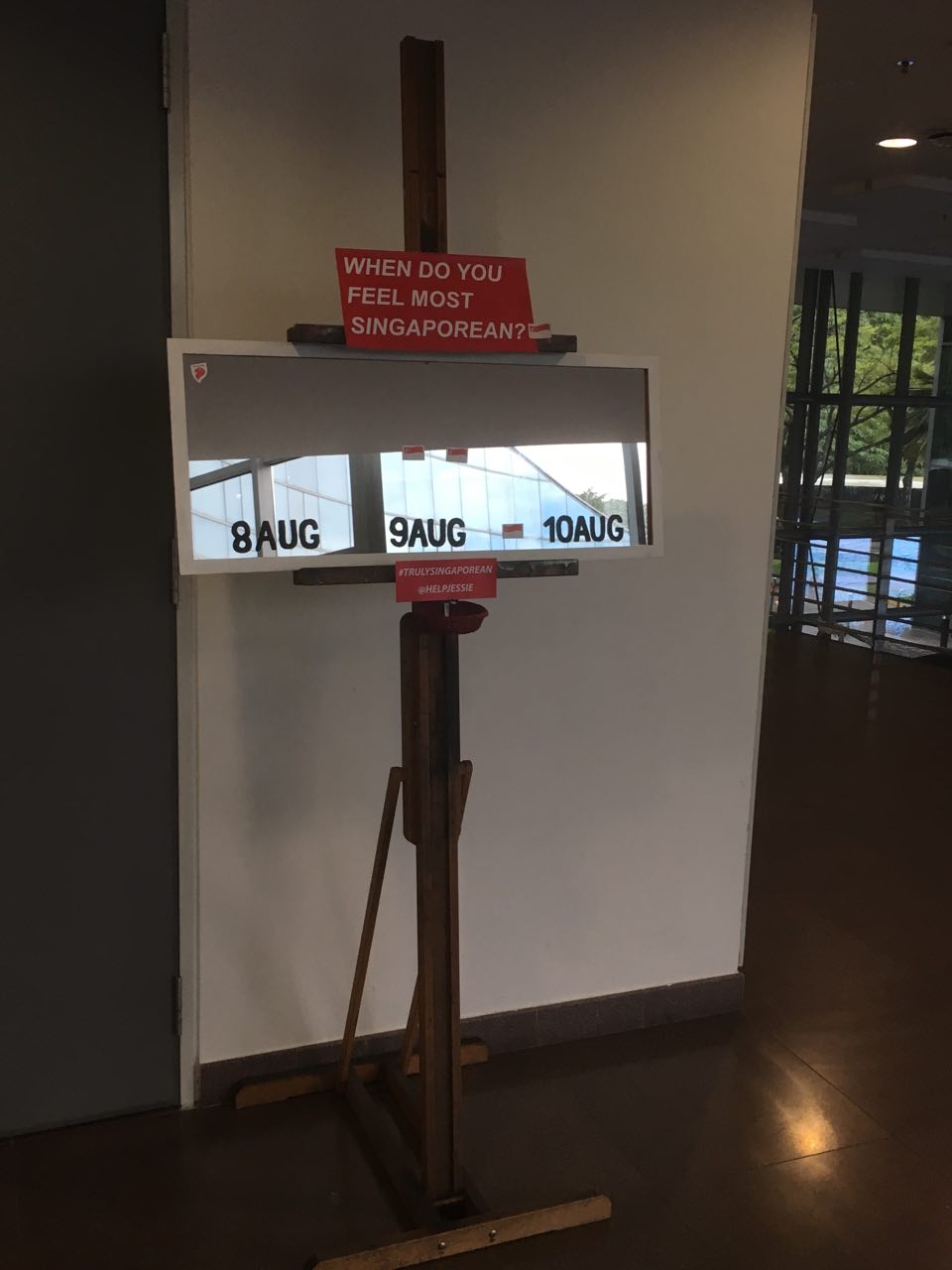 9.58am, Wednesday Morning: I had to shift the installation to accommodate for the buffet at the atrium. There were already 2 stickers added. 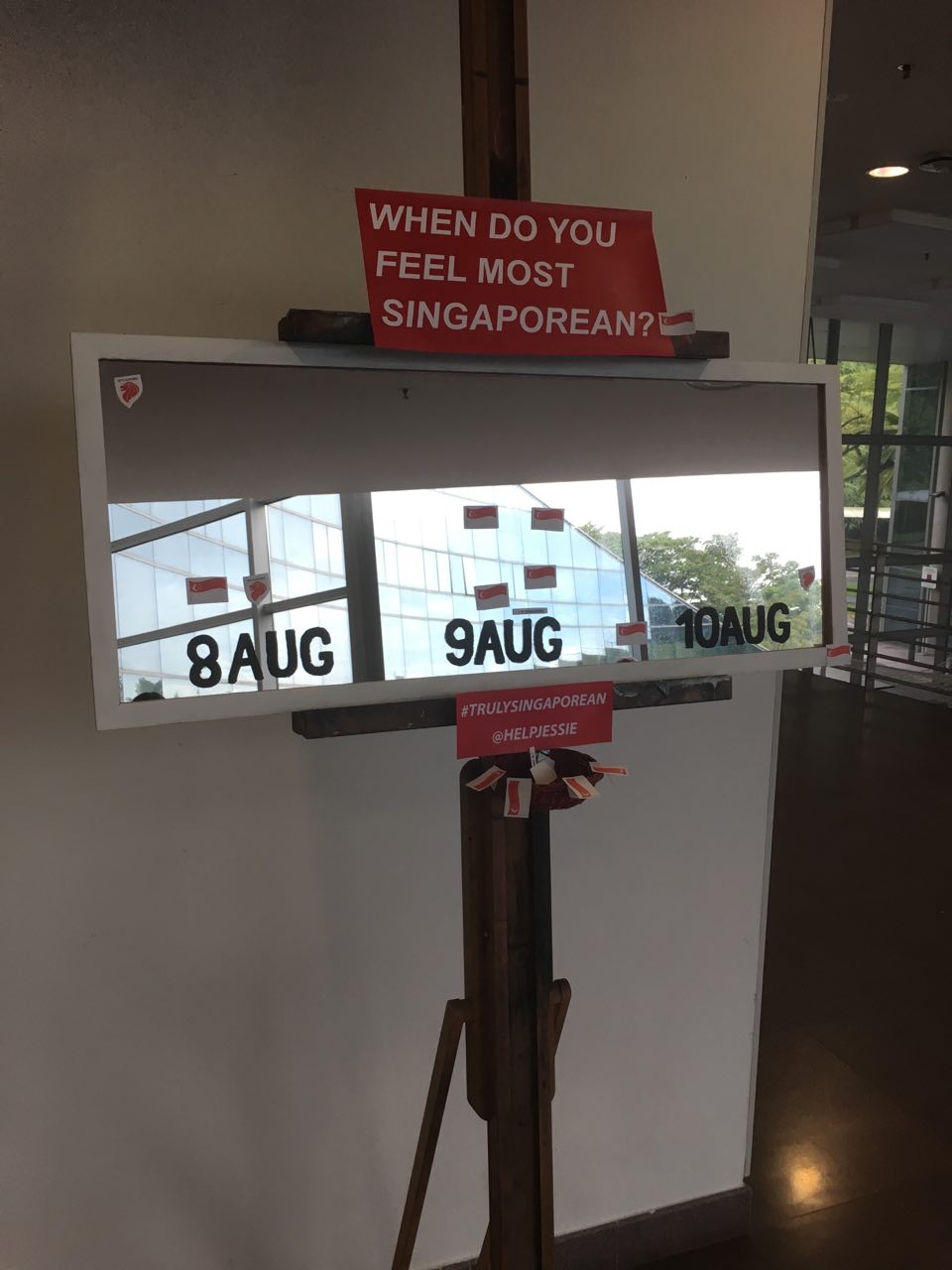 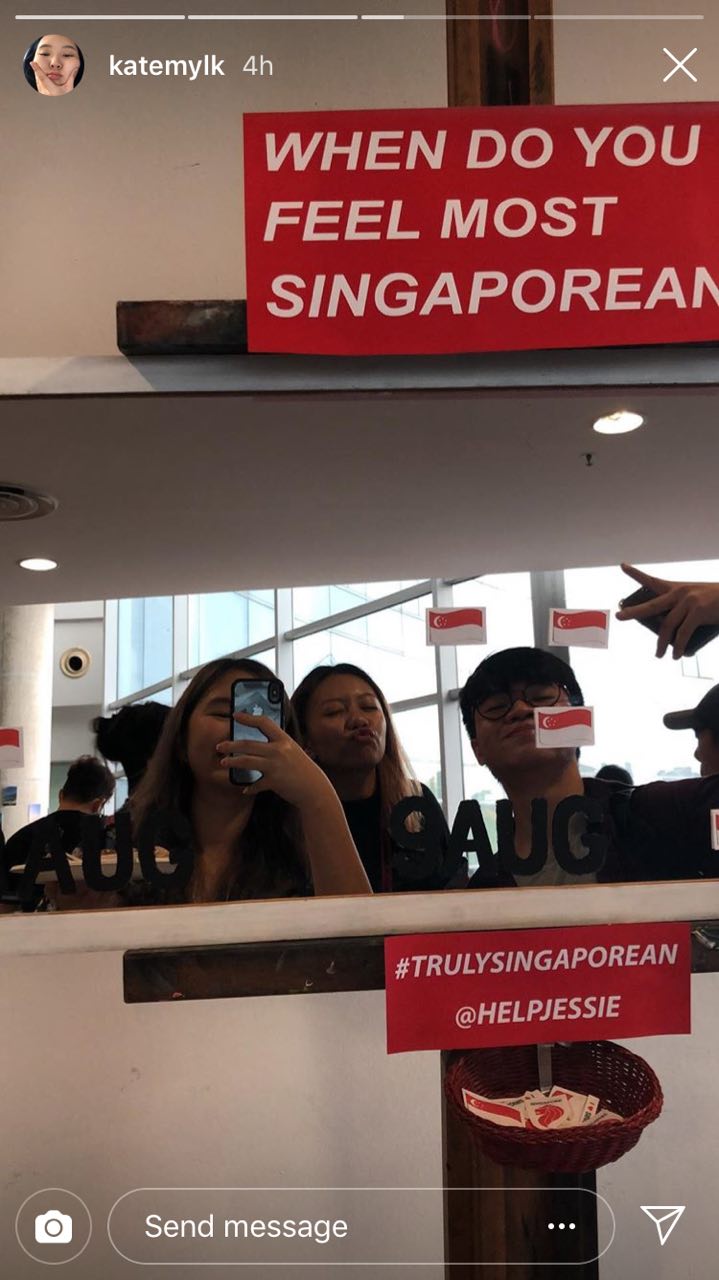 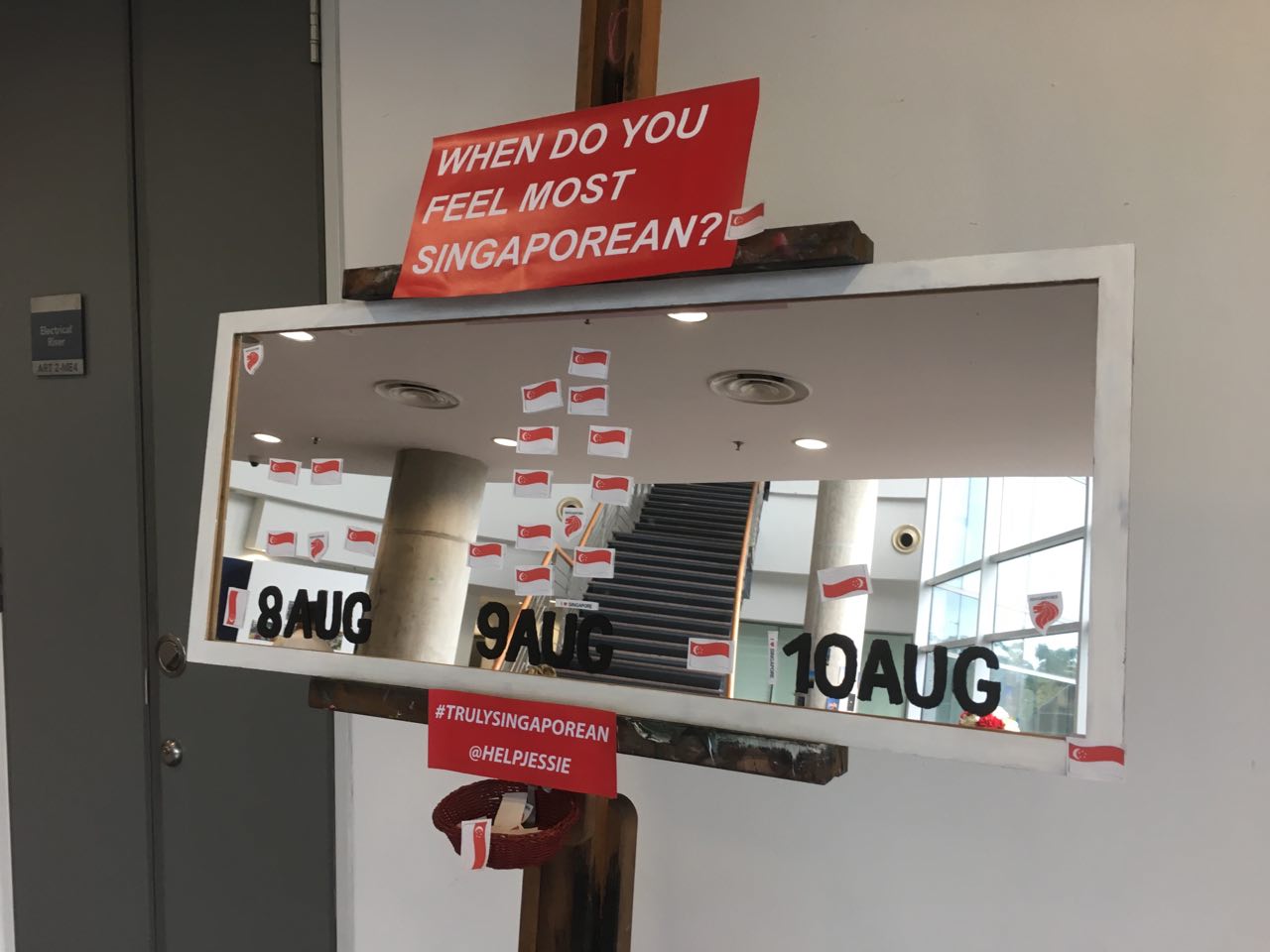 12.10pm, Wednesday: I realised that some people were having issues peeling the stickers off the paper and would give up before they could place one. Thus, every few minutes, I would stick some peeled stickers on to the brim of the basket to encourage more people to participate with ease. 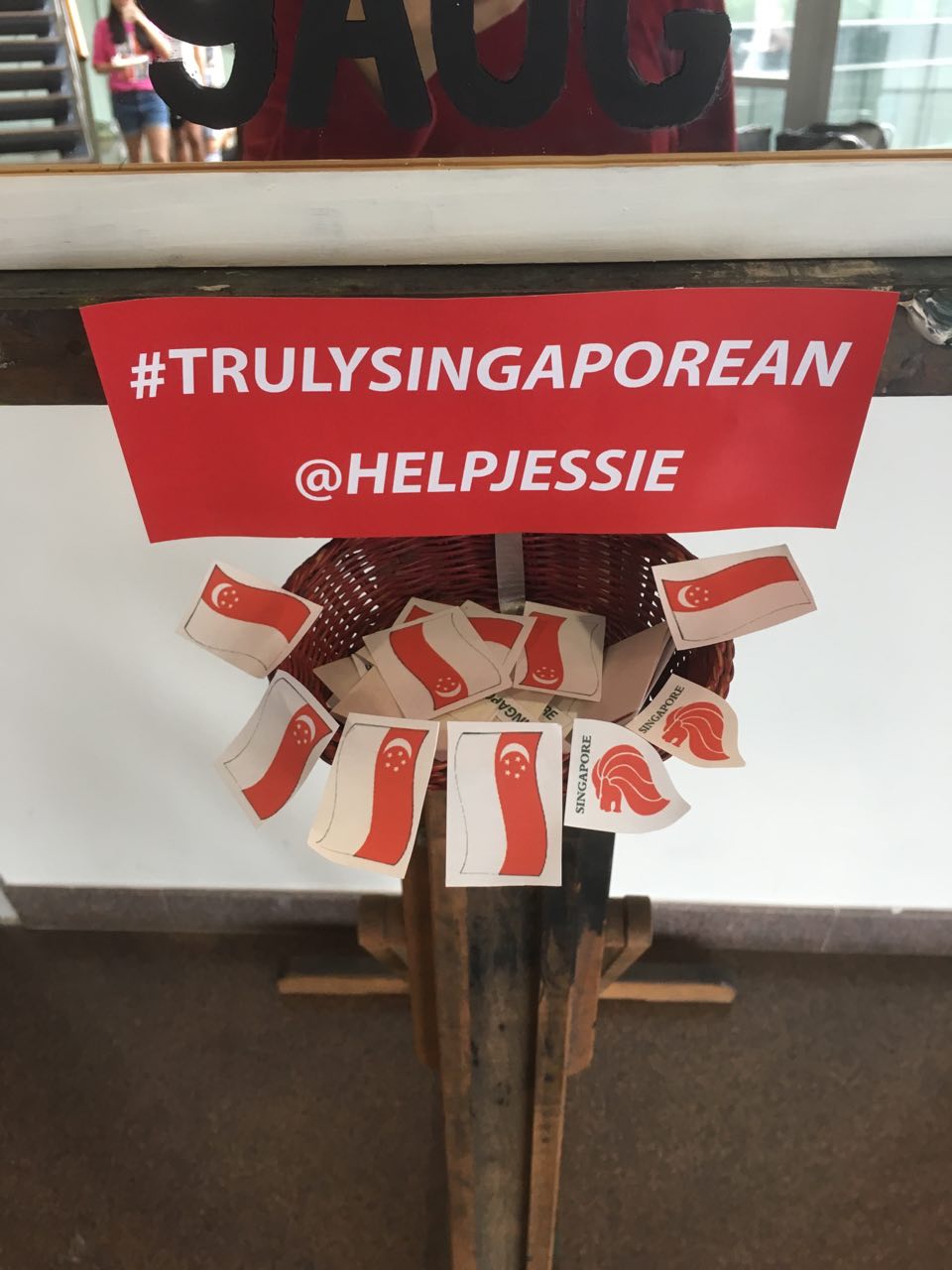 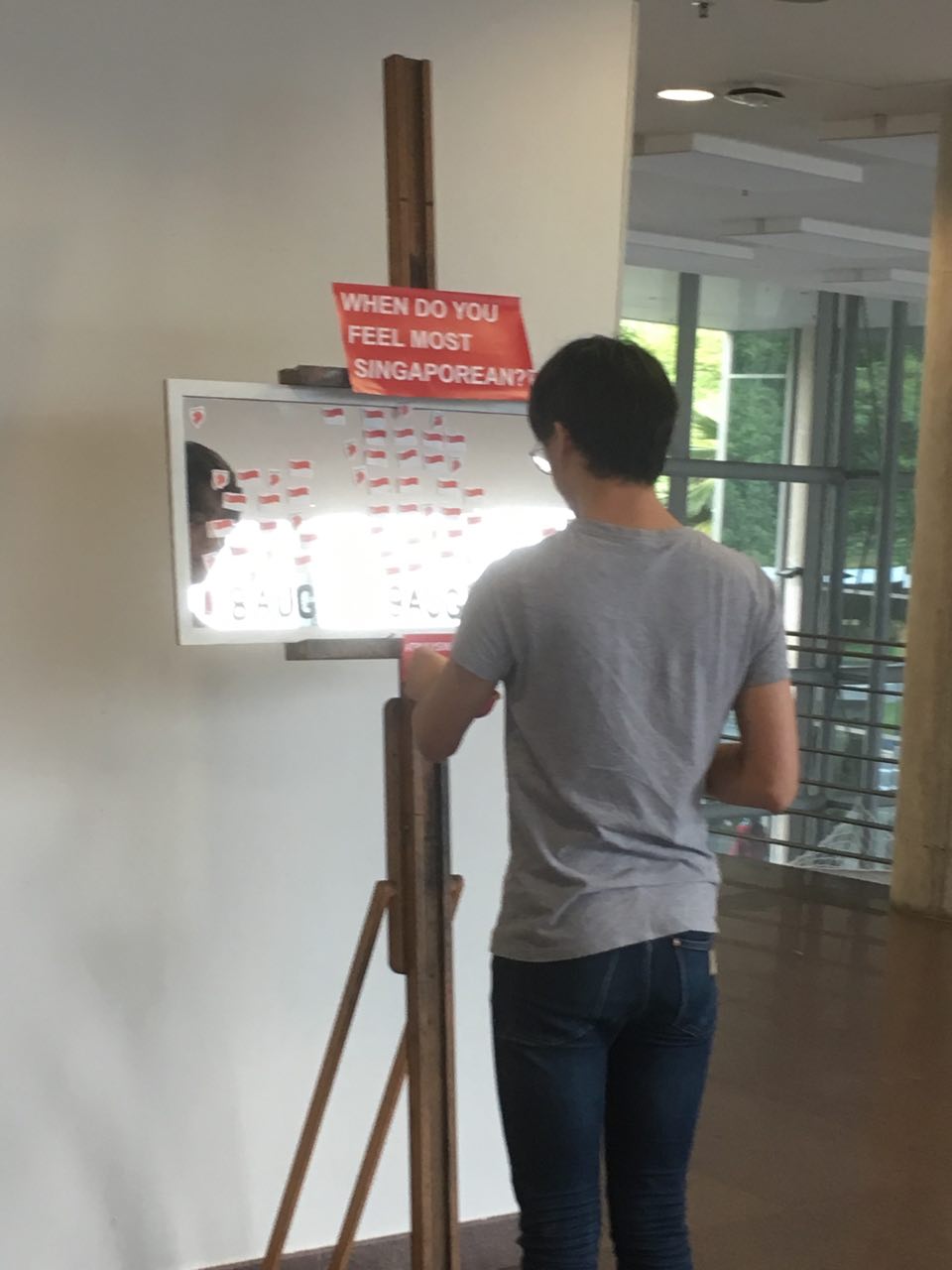 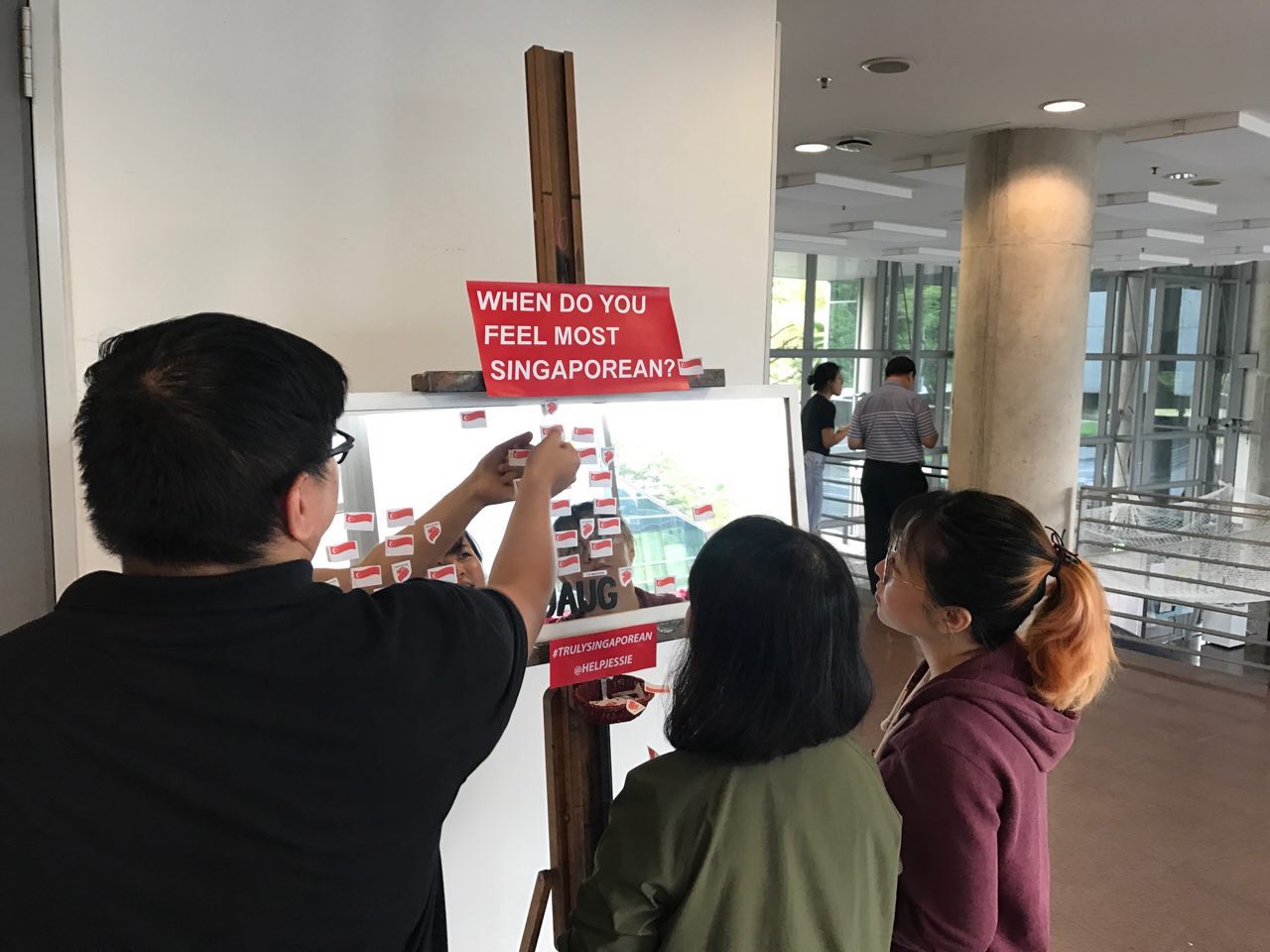 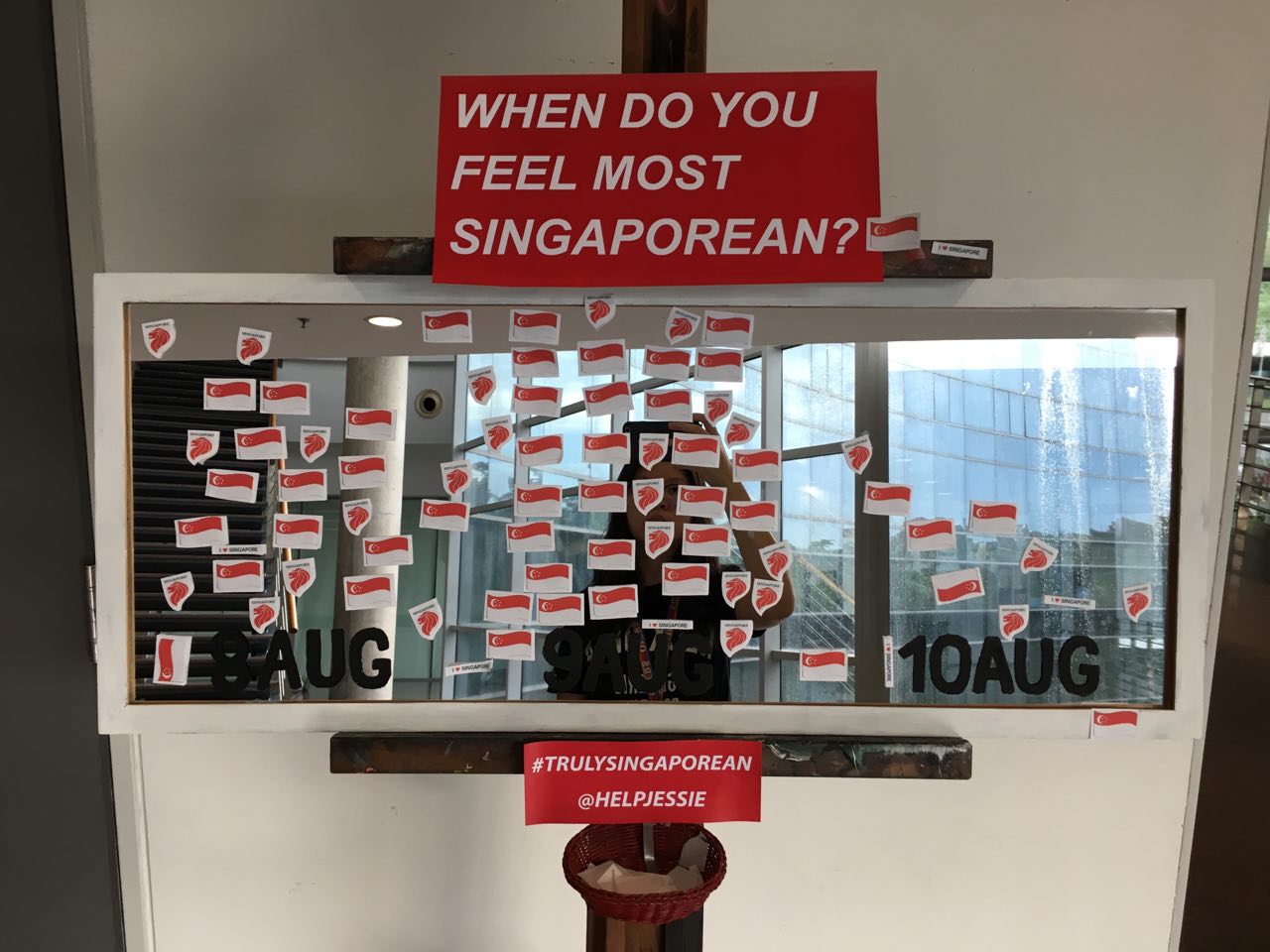 In summary, I observed that even though the majority of the stickers ended up, as expected, on 9 AUG, the 8 AUG received many stickers as well. I thought this was interesting to note as I had not before considered so many people to do this.

I asked Kaitlyn why she chose 8 AUG and she shared that on the day before National Day she feels the most ‘hype’ but on National Day itself, she doesn’t even watch the parade and feels like the worst Singaporean ever. I supposed some of the others shared these same thoughts and in a sense also reveal a false sense of patriotism. Instead of only feeling patriotic during National Day, people feel patriotic about the idea of National Day- about the concept.

Despite this surprise in results, I still managed to achieve the disparity I needed to prove my point where there are so few stickers on 10 AUG. This reveals that after National Day, the levels of patriotism drop.

My hope is that through seeing that pocket of clear mirror, participants are able to realise a slight problem in the thought process that goes on when answering the big question of ‘When do you feel most Singaporean?’. Shouldn’t we feel Singaporean everyday? Should we be proud to be Singaporean all the time? Though ‘superficial patriotism’ may not be a very well covered social issue in Singapore, I do feel that it is important for citizens to be proud and grateful of their country, and my installation may prompt the discourse for just that.