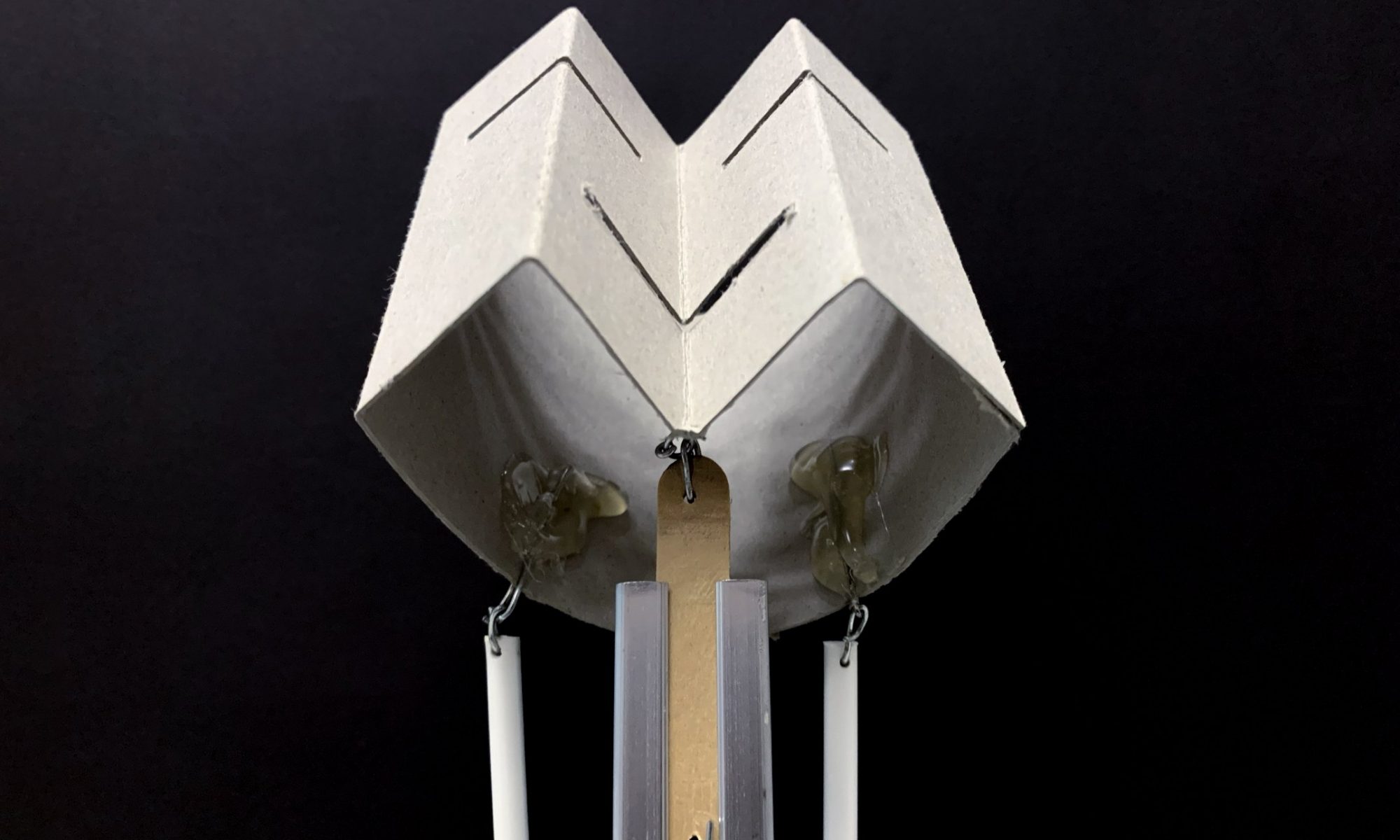 The “face” of this robot is made up of three lines across a folded plane. When tilted upwards, the lines form a smiling face, and when tilted downwards, the lines create a frown. This form was inspired by folding the faces of dollar bills to make them emote.

Drama Queen is sequenced with Ableton Live and the Max for Live Connection Kit’s Envelope Follower. Two servo motors move the robot with rotary to linear motion. The “face” is attached at three points to tilt on two axes. The joints are made with two loops of wire and provide looseness to the robot’s actions. The first servo is linked to the “chin” which jumps following the amplitude of the music track. The second servo is linked to two points at the back of the “face” to tilt left and right. The tilting is hand-scripted.

From the past few sketches, I’ve found myself enjoying robots that are looser and more flexible rather than rigid and stable. I like the randomness of movement that those qualities create.