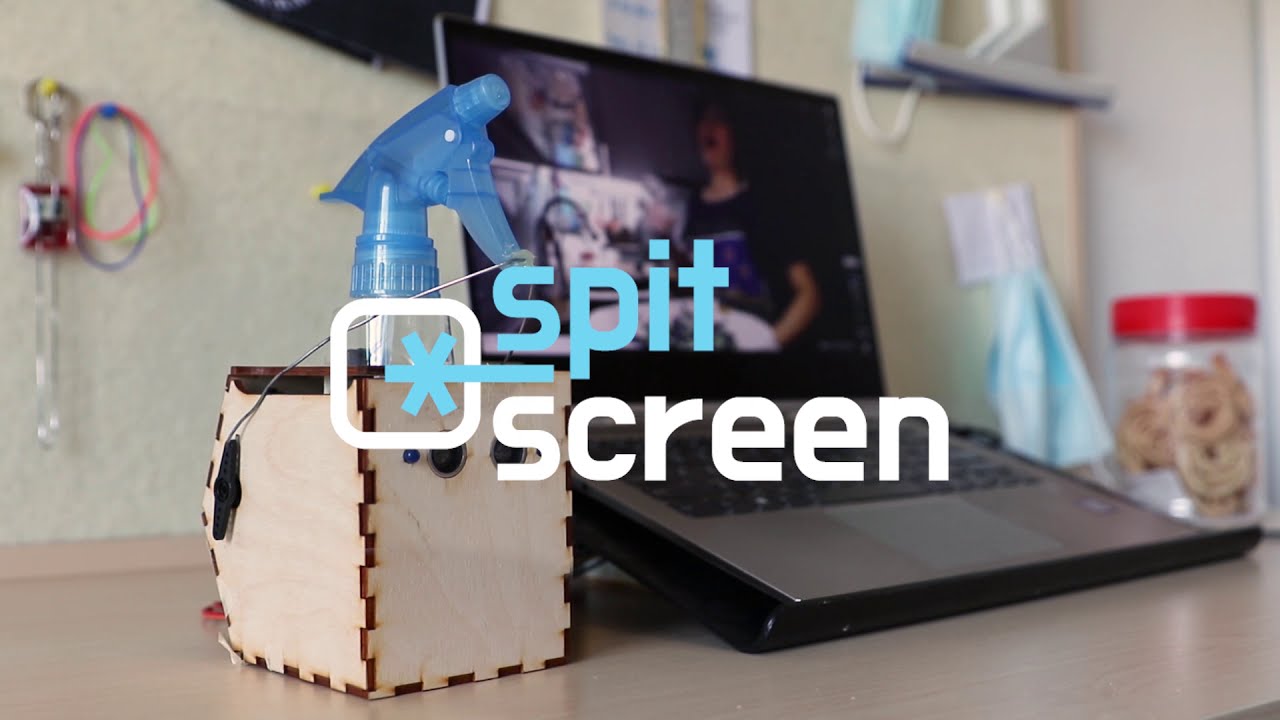 Each interaction may have 2 types of documentation: Zoom call or hand-held video. The Zoom call is muted as both computers are set up next to each other, which would create feedback otherwise. 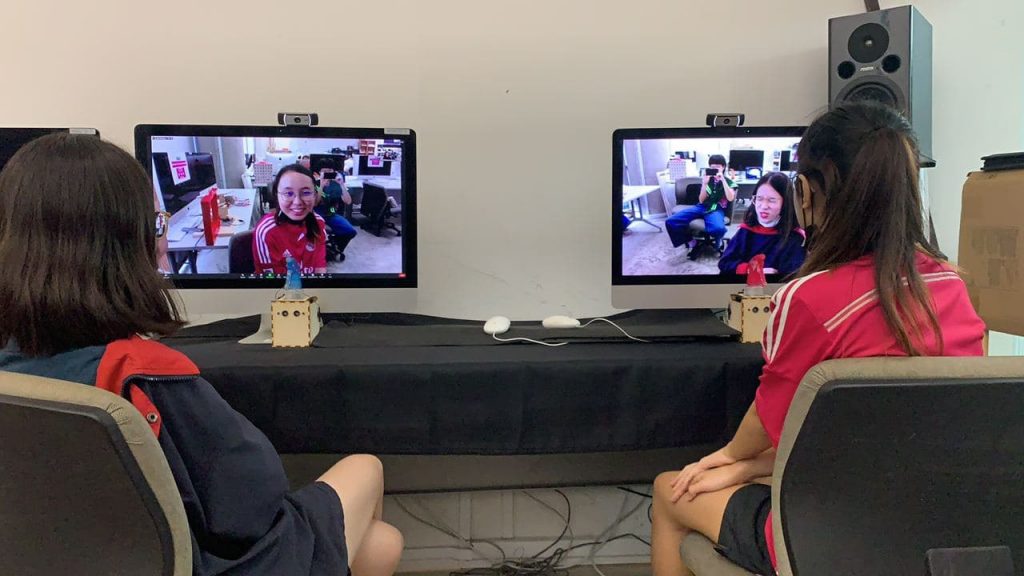 The SpitScreen reconnects loved ones and whets the human appetite for closeness. With face recognition and machine learning, the SpitScreen is a tool to bring friends and family closer when added on to a video call. Bathe in the mist that is sprayed as your video mate sneezes, allowing you to be fully immersed in their “presense”. Simply get on a call (masks off, please) and sneeze (Achoo!) to get closer than you ever wanted. Gesundheit!

Here are some snippets of showcase day! A better documentation video will come soon.

The SpitScreen is meant to be a tool to aid private video calls, so I did not anticipate the amount of noise that all the sensors would detect when set in a public/high traffic space. This was especially so with FaceOSC’s desperation to detect a ‘face’. In my attempts to remove all this noise, I think I have started to see the world as FaceOSC does too. Below is a video proving my guess of a face right.

Upon sharing this with my computer science roommate, she mentioned that I could have trained my algorithm FOR noise as well. Thus, instead of only 2 gestures (normal face, sneezing face), I would need to include No Face and Ghost Face as gestures.

Another factor I did not take into account was the lighting in the lounge and the lack of instructions for users when I was not there manning the table. While I initially thought it would be instinctive to cover the spray and thus reflect distance < 20 cm on the ultrasonic sensor, most users just ducked away and left the spray going and going until there was no water left.

In the end, I added a cup in front of each Spitter to immediately end the interaction. Each interaction lasted about 30 seconds as it would take a couple of sneezes to get going.

It was also interesting to see that most users turned the SpitScreen set up into a competition of who could get their friends the wettest. I think this sense of play made some interactions last longer.

Overall, I feel pretty fulfilled with this device and project and am happy that I made the decision to kill and bury the Steamboard or mist glass or whatever that was meant to be.