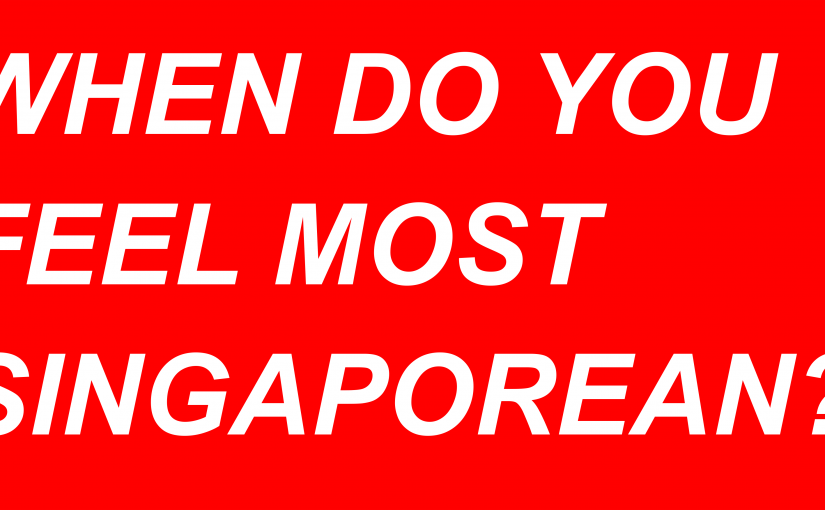 I wanted to have a mirror for the audience to actually reflect and see themselves placing the stickers on. I also wanted to use symbols of National Day like the date itself (9th August) and the temporary tattoos of national flags and lion heads that are applied to faces and arms.

I wanted to have people make a choice to where they place a “tattoo” on to the mirror where they felt it was appropriate.

There would be a question above the mirror to prompt this reaction. Some possible questions: 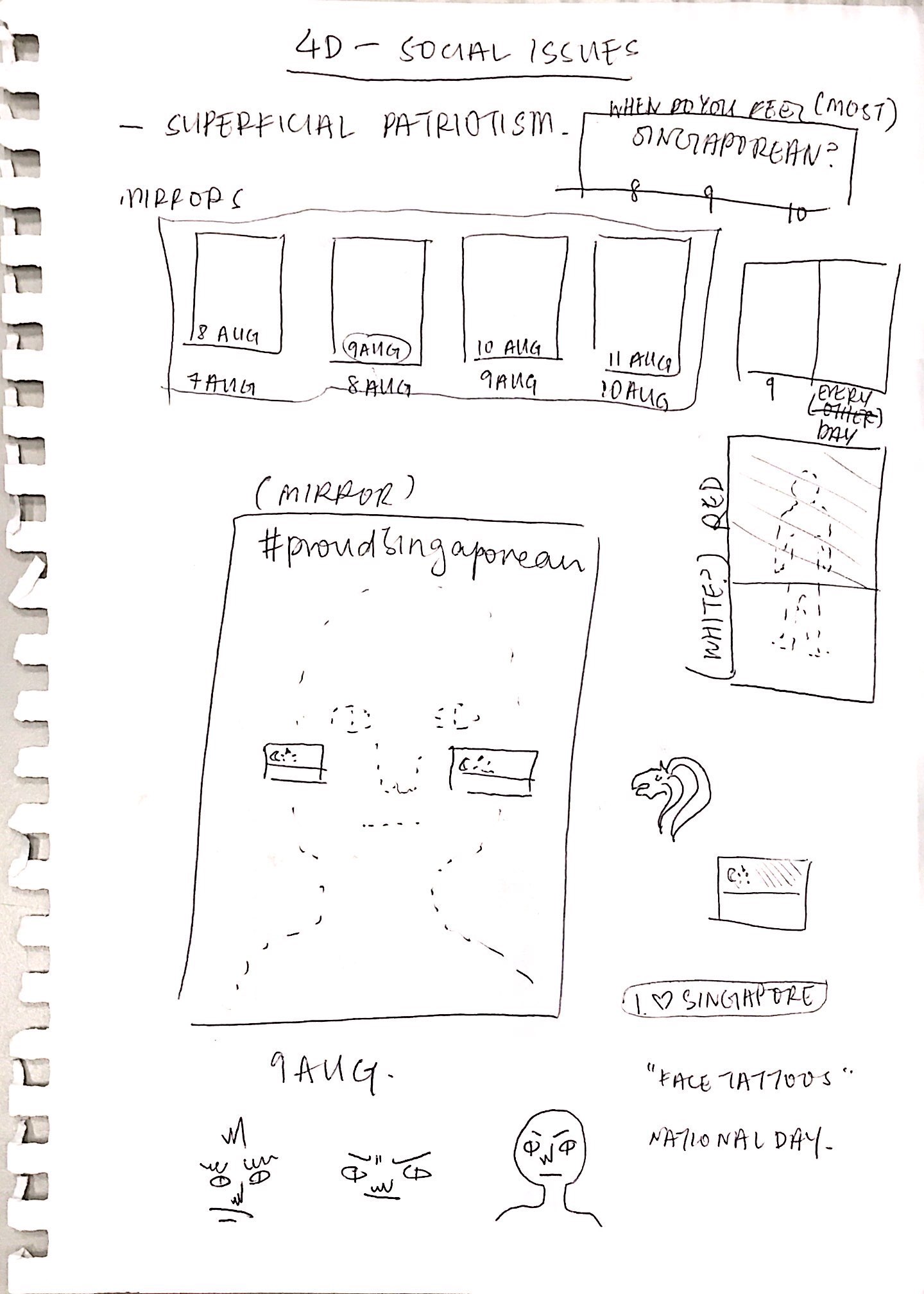 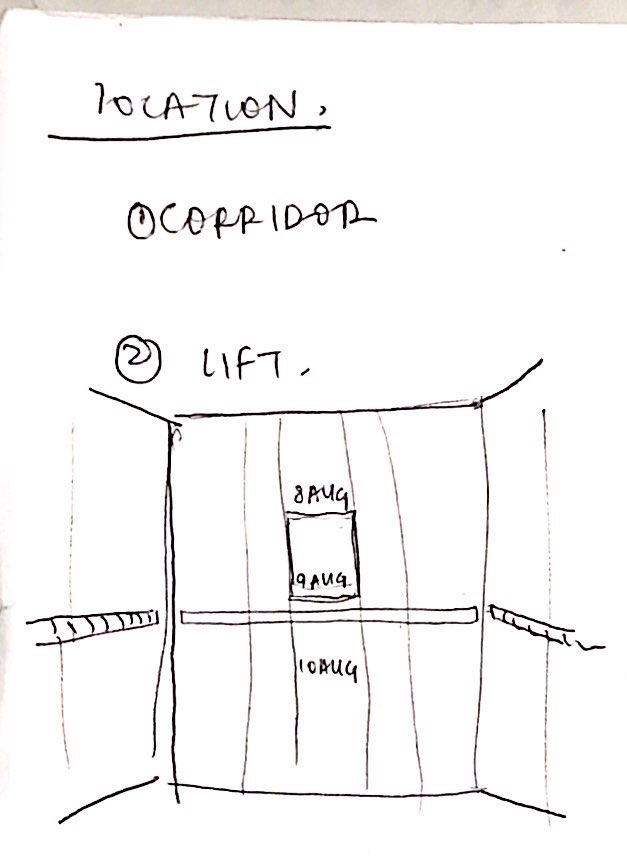 I considered using the mirrors in the lifts for this work as it is a space with very high human traffic (with existing mirrors). I was concerned about durability and the removal process. 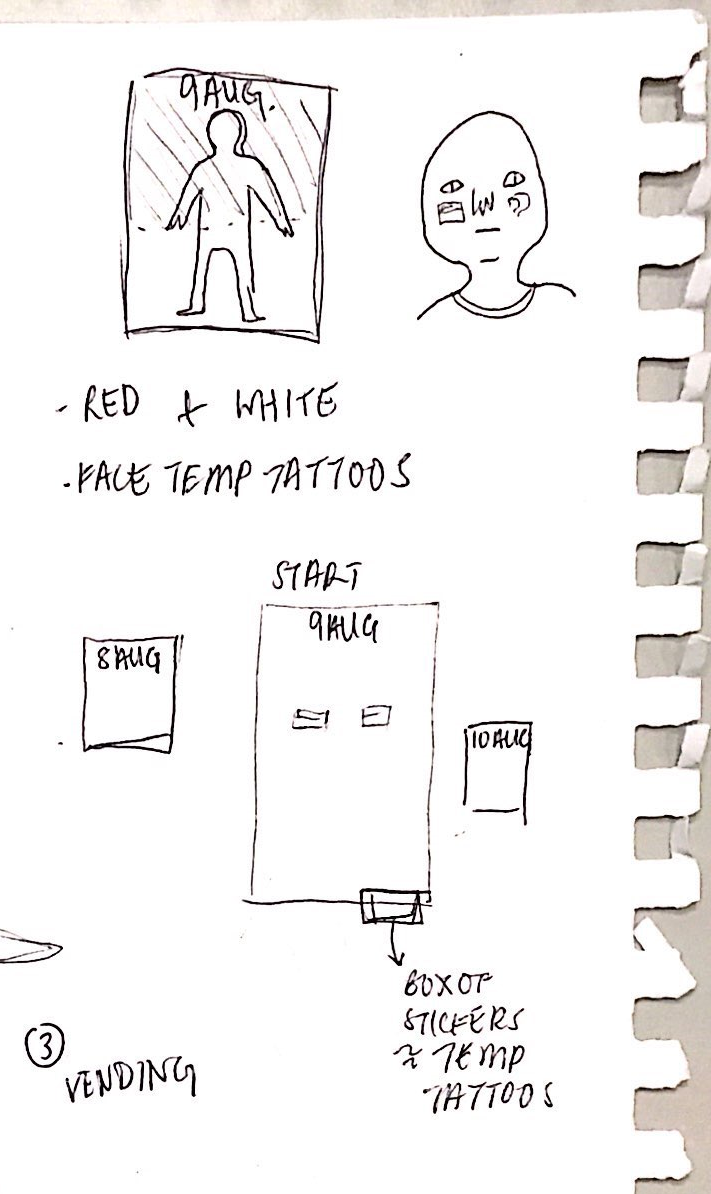 Another possible layout would be along a corridor with 3 different size mirrors mounted with the dates 8,9,10 August. 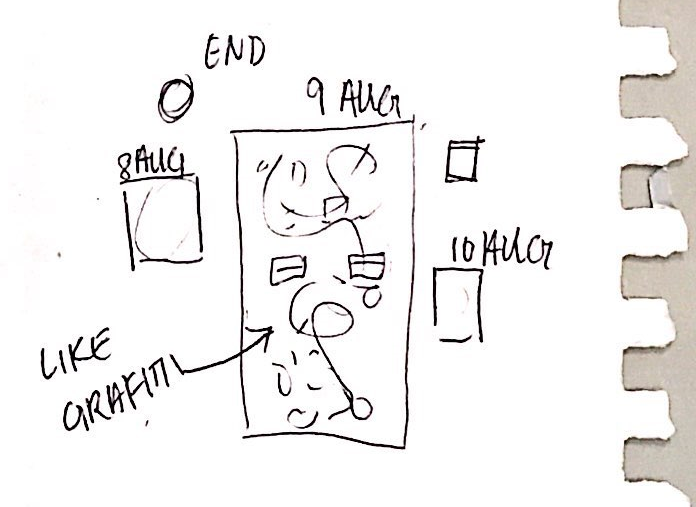 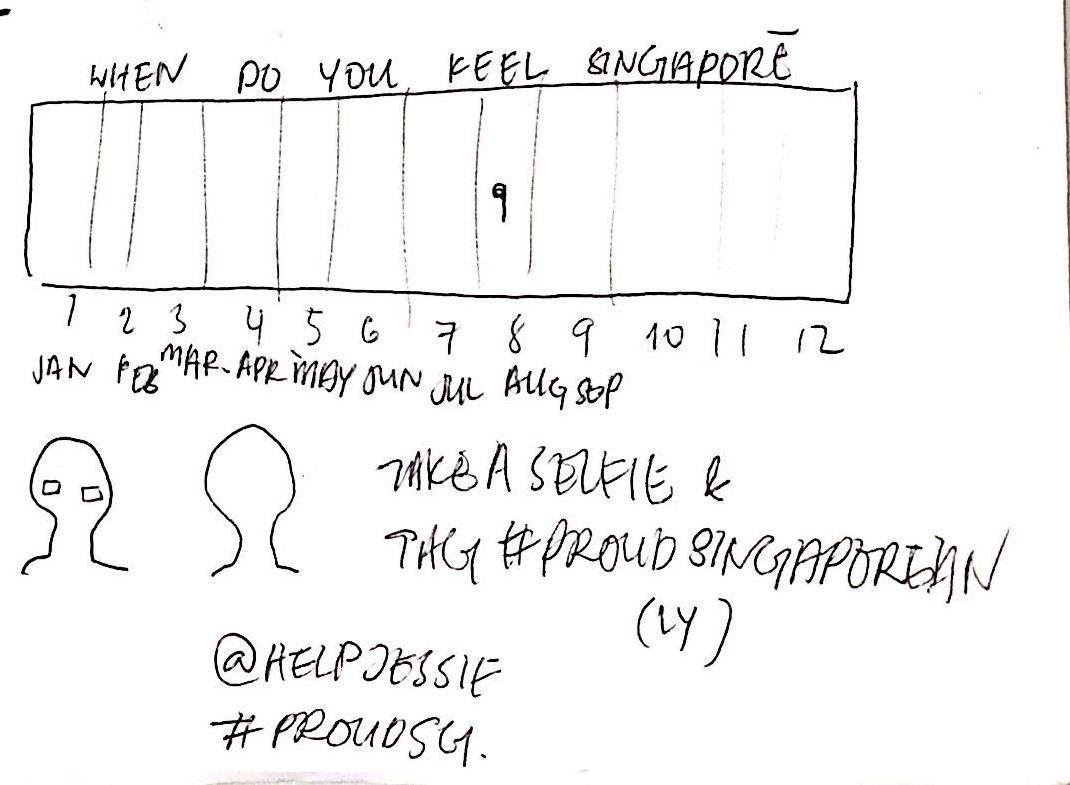 Having all the months available to create a broader choice. By having the ‘9’ in the middle of the August panel, it creates an extreme choice between not near the 9 and near the 9. This would create a greater visual juxtaposition and thus a more intense final outcome.

I found a temporary tattoo pack online and decided to print it on paper by myself instead of using the actual tattoos. I felt that this would be better for sticking on the mirror surface as the temporary tattoos would need the application of mirrors. 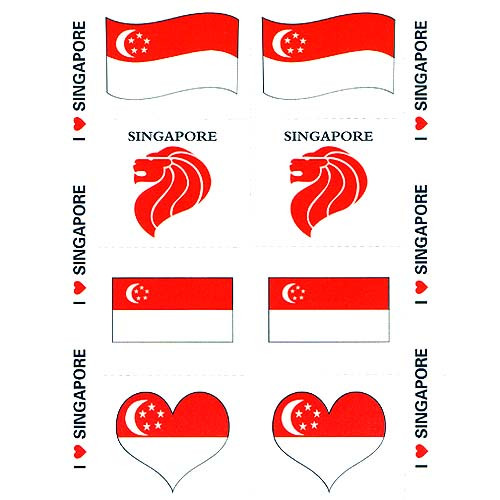 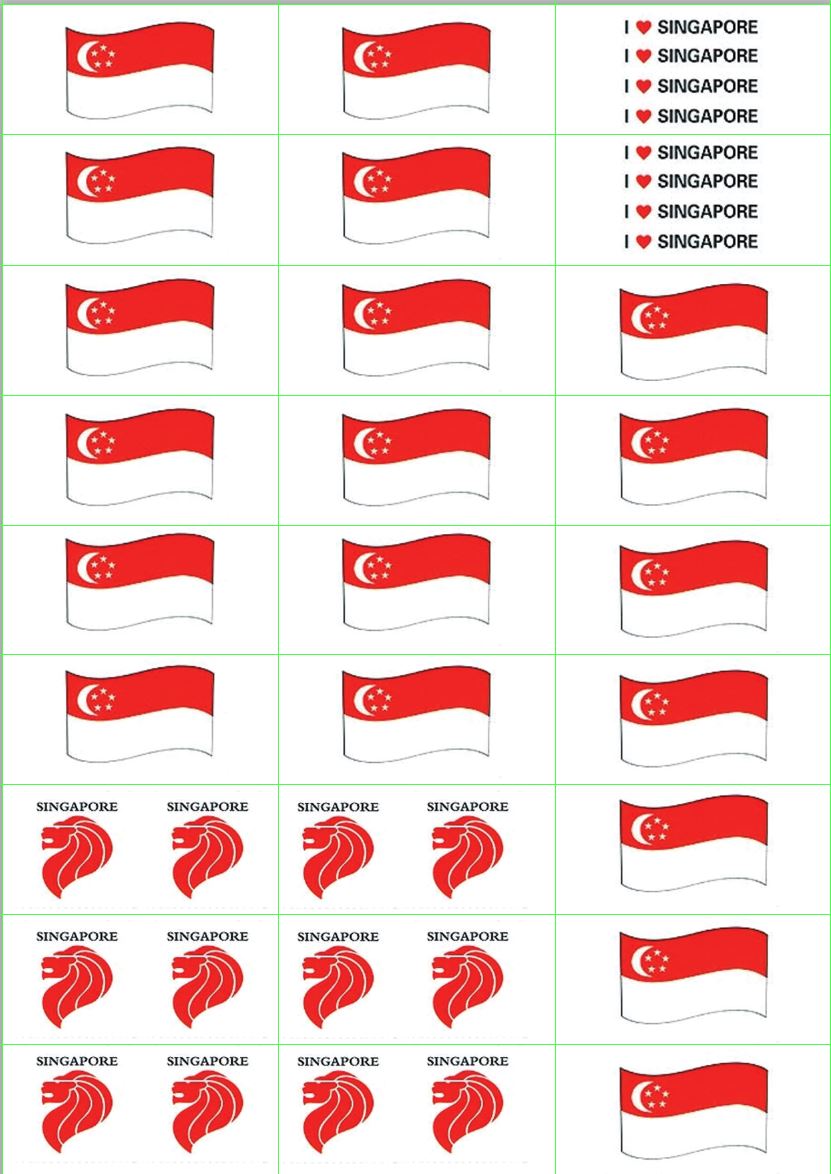 I printed 4 sheets of the above template on label paper (3×9) and trimmed them into stickers. 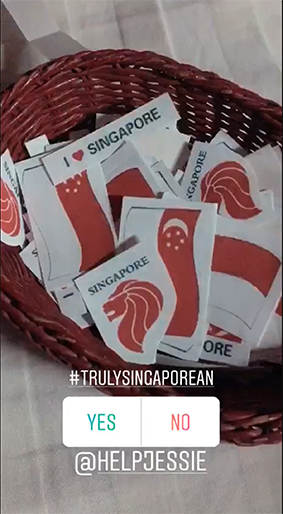 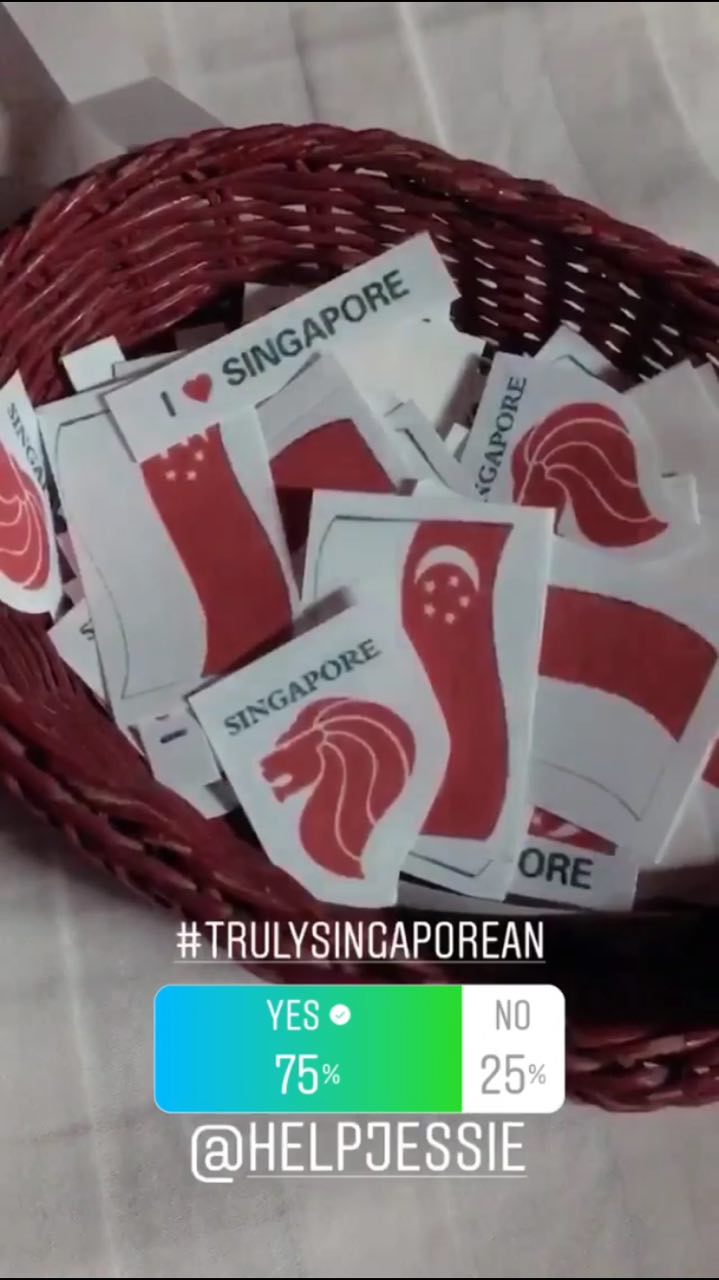 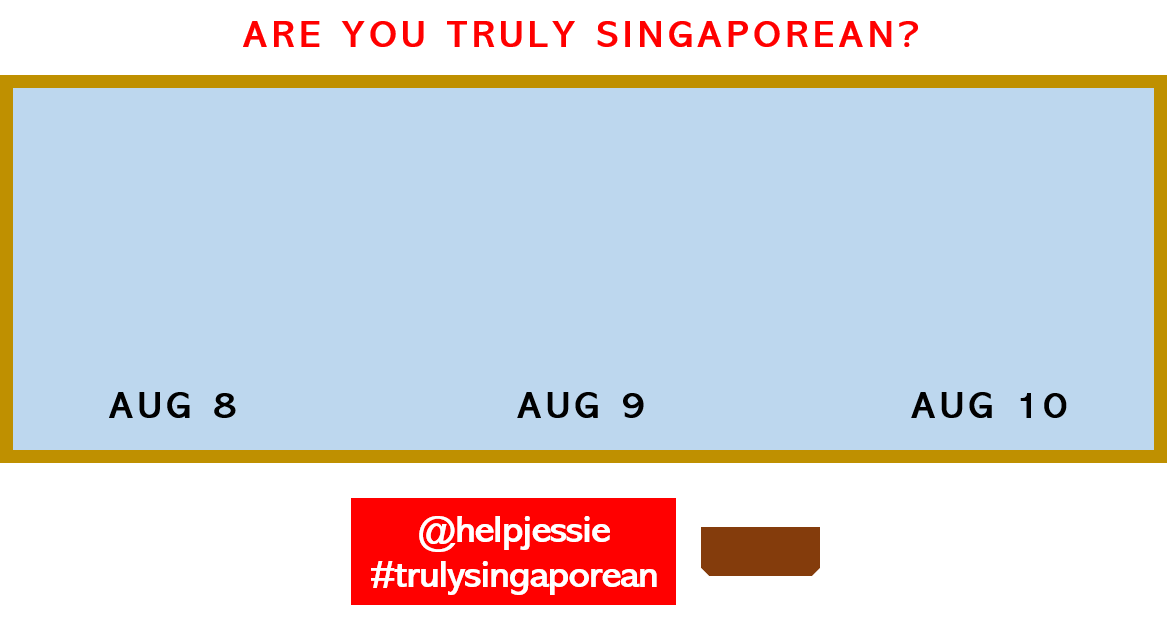 Viewers will be faced with a mirror with three dates on it (8, 9, 10 August), a basket of national day related stickers, a small signage, and a big question: ARE YOU TRULY SINGAPOREAN?

I found a mirror and painted its, originally wood, border white with acrylic paint and propped it up with an easel at an average eye level. 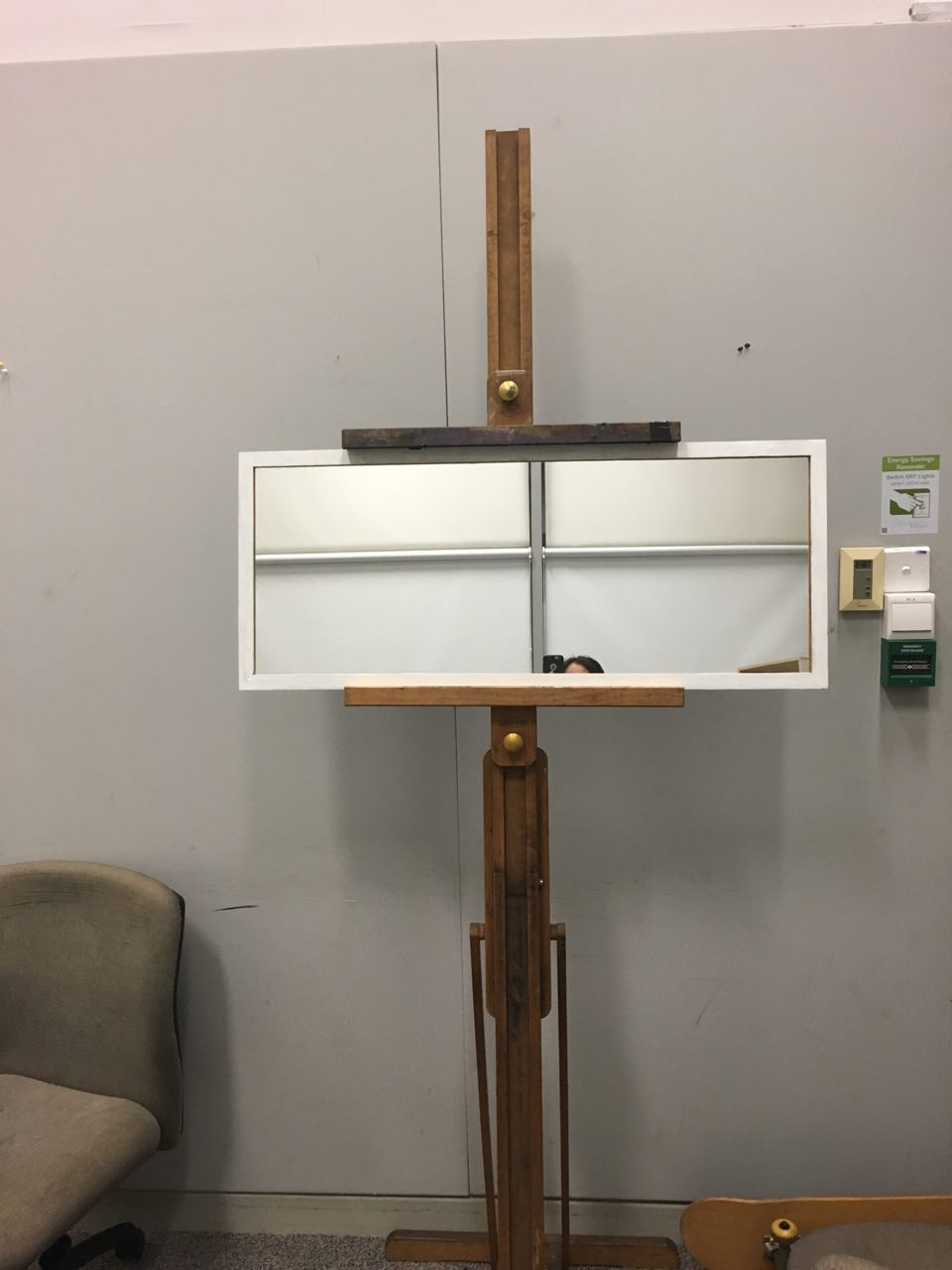 This was the best option for a temporary installation that would not require adhesive being applied to the mirror and another surface, which would prove to be difficult during clean up. 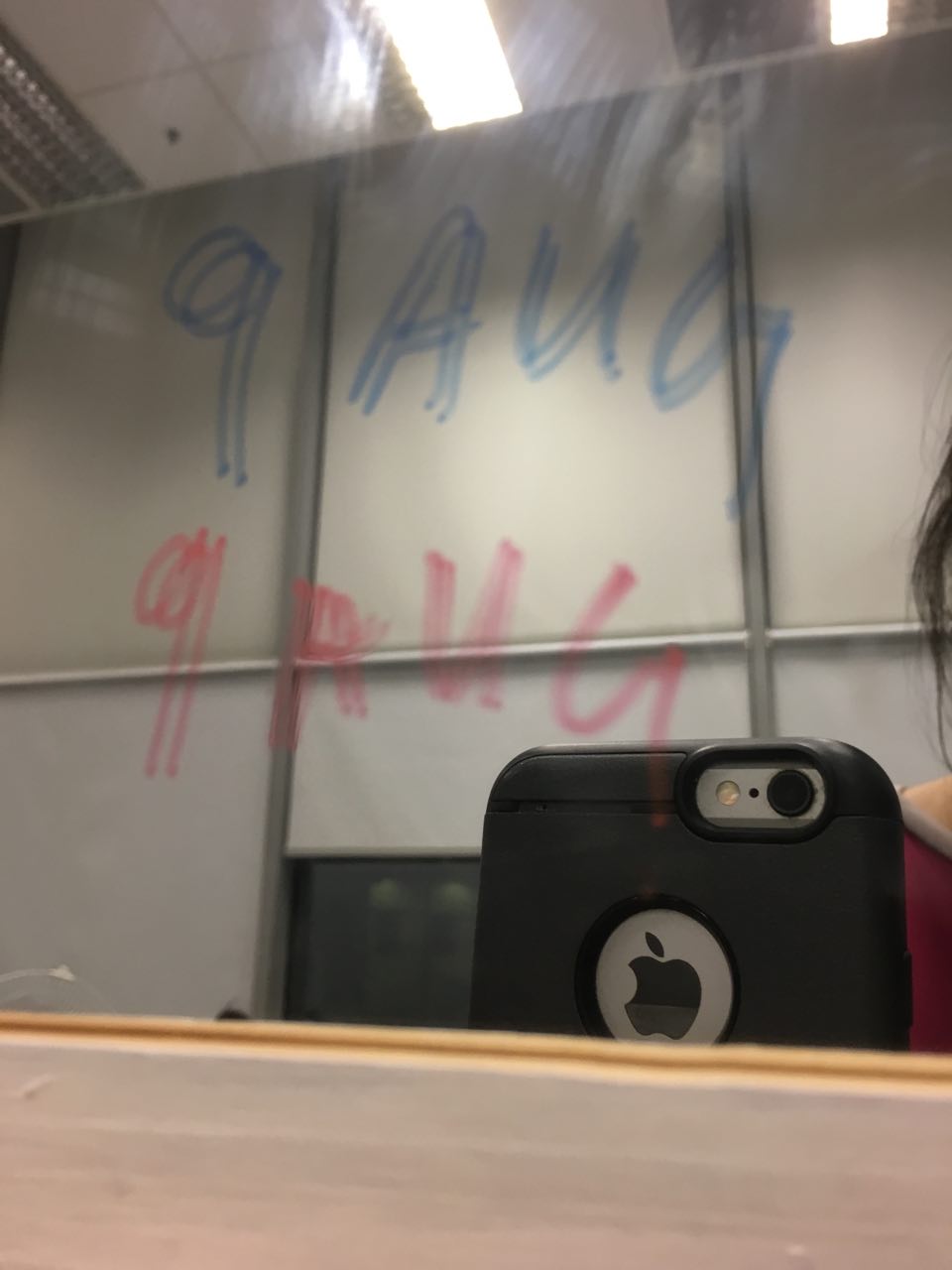 I experimented with different markers and paints and fonts for the 8/9/10 AUG:

I used a bold, italicised, san serif font to catch the attention of onlookers. The bright red and white combination is not only eye-catching but also the national colours of Singapore.

I wanted to incorporate social media into this project as a seconddary form of documentation. 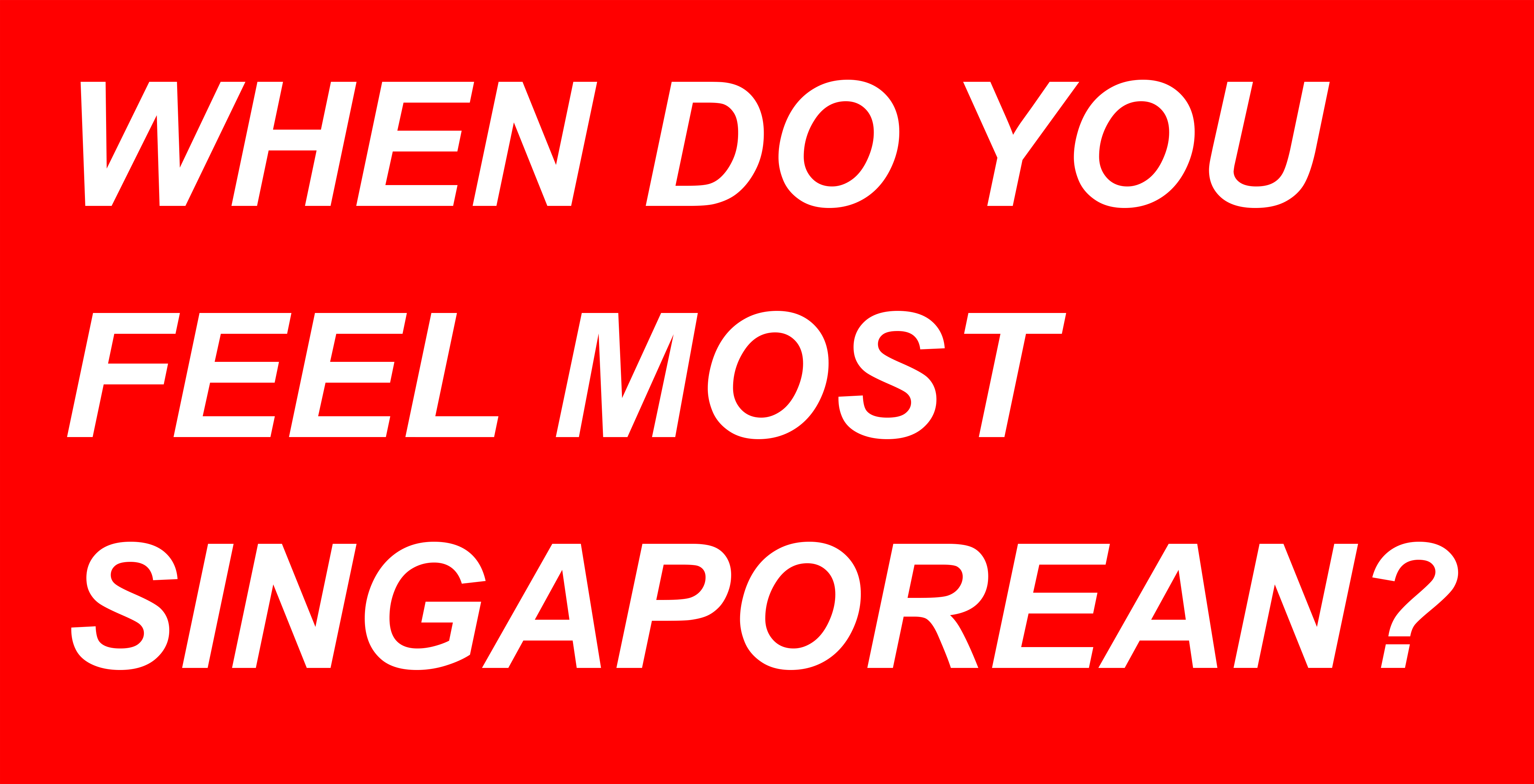 I finalised the question with the above as I felt that it was the most thought-provoking:

It would trigger the instinct in viewers to question themselves,

and to think intrinsically what is the truth to the question.

I chose the atrium at Level 2, near the staircase and the lift lobby as there would be more foot traffic in that area and more people would be compelled to interact with the work. 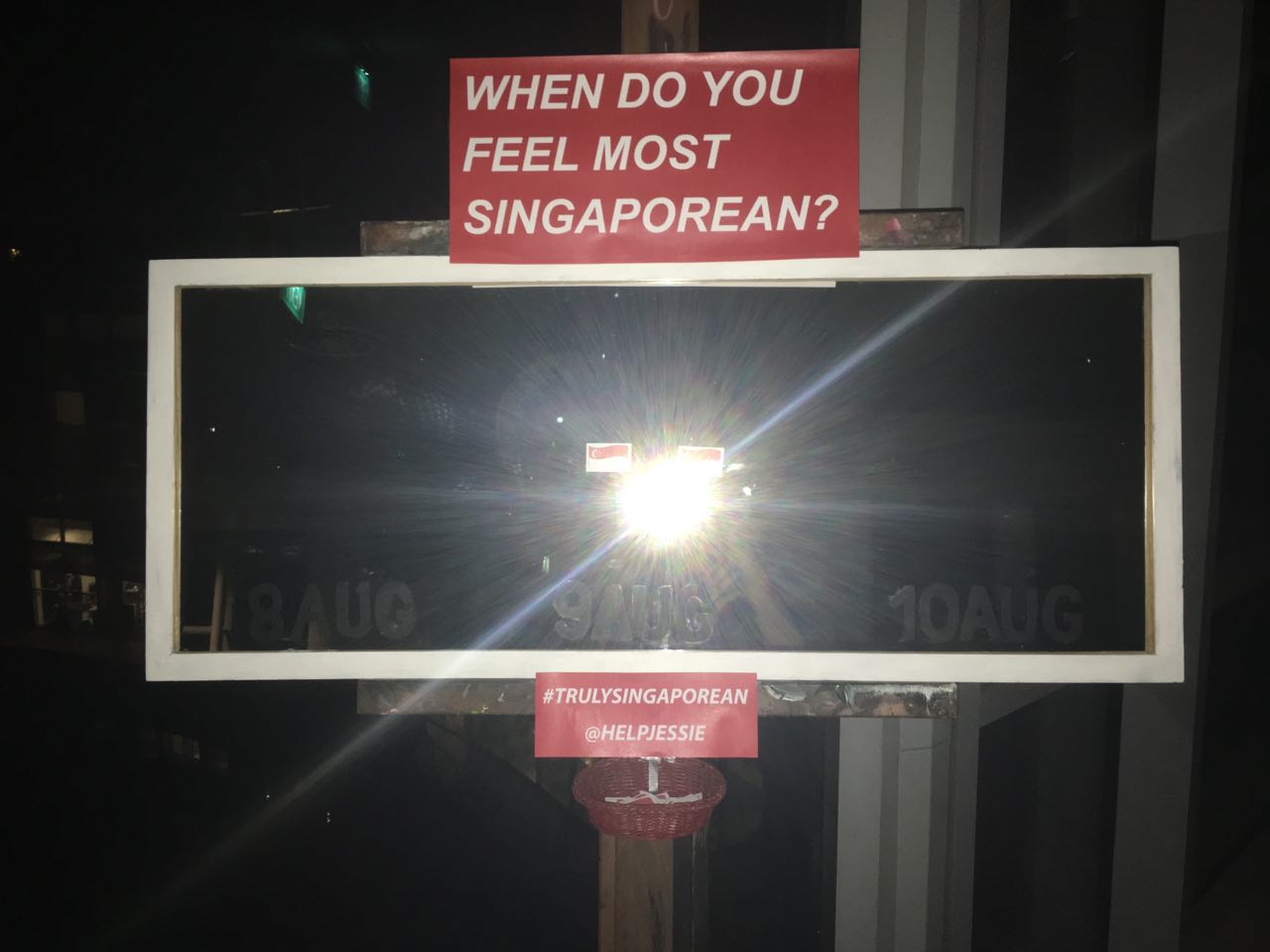 I initiated the art piece by adding the first two stickers on 9 AUG to resemble the cheek tattoos many Singaporeans apply during or near to National Day. I did this so that the participants understand that they are encouraged to place these stickers. 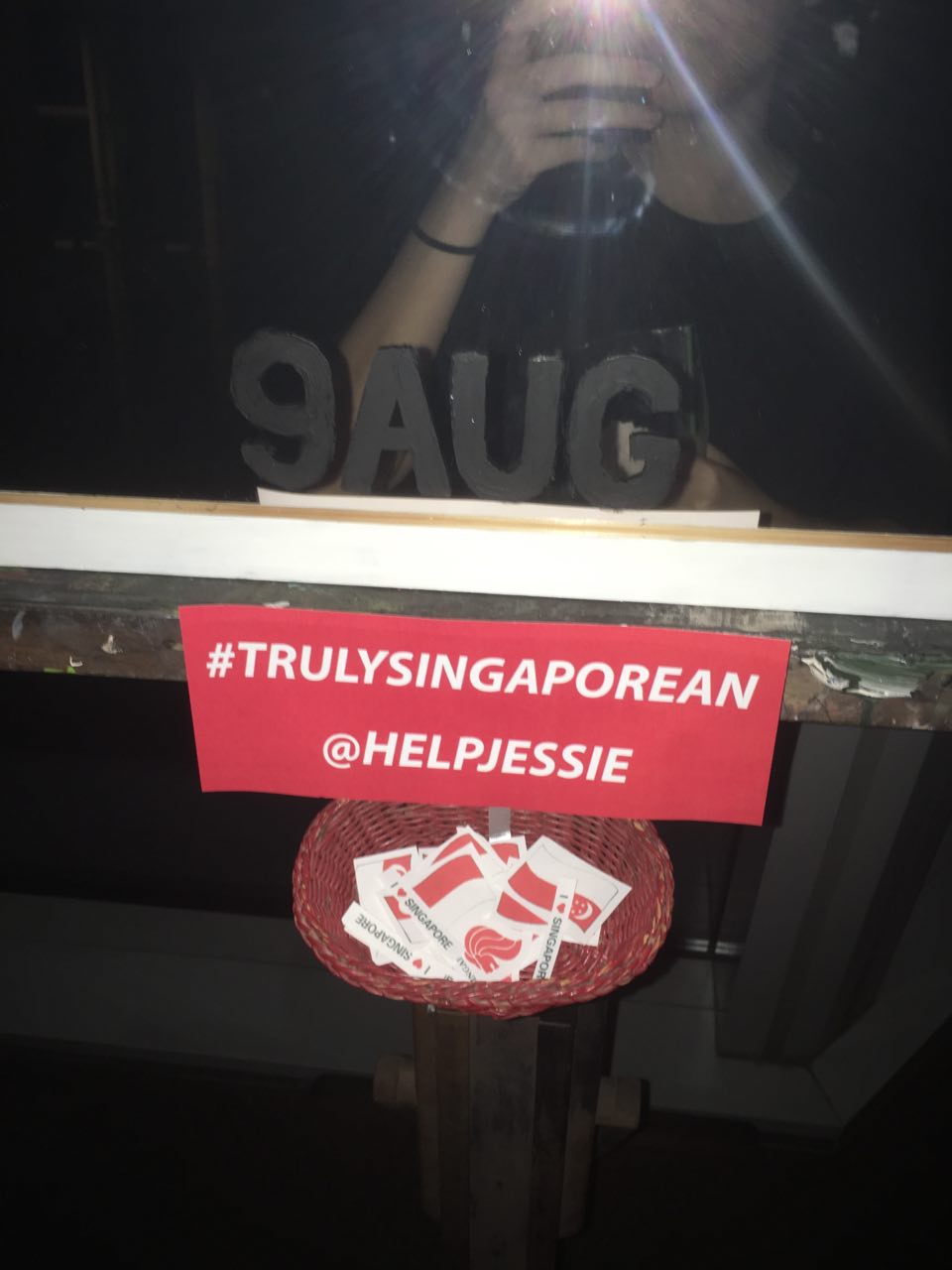