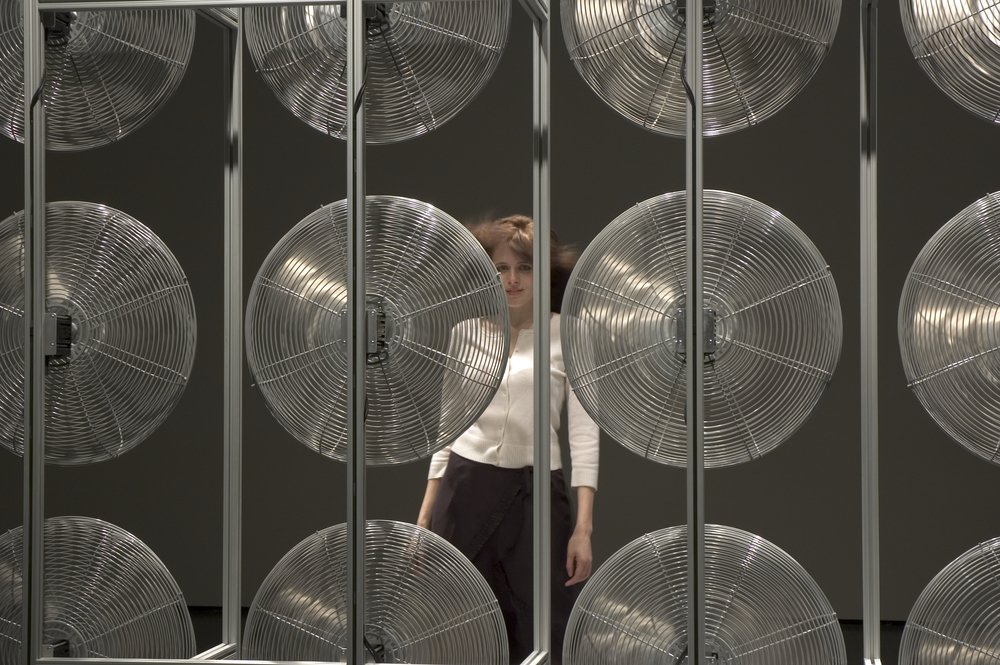 Scott Snibbe is a pioneer of interactive art, augmented reality, gesture-based interfaces and digital video. He is a contemporary media artist who captures the paradigms and concepts of interactive media into his works. 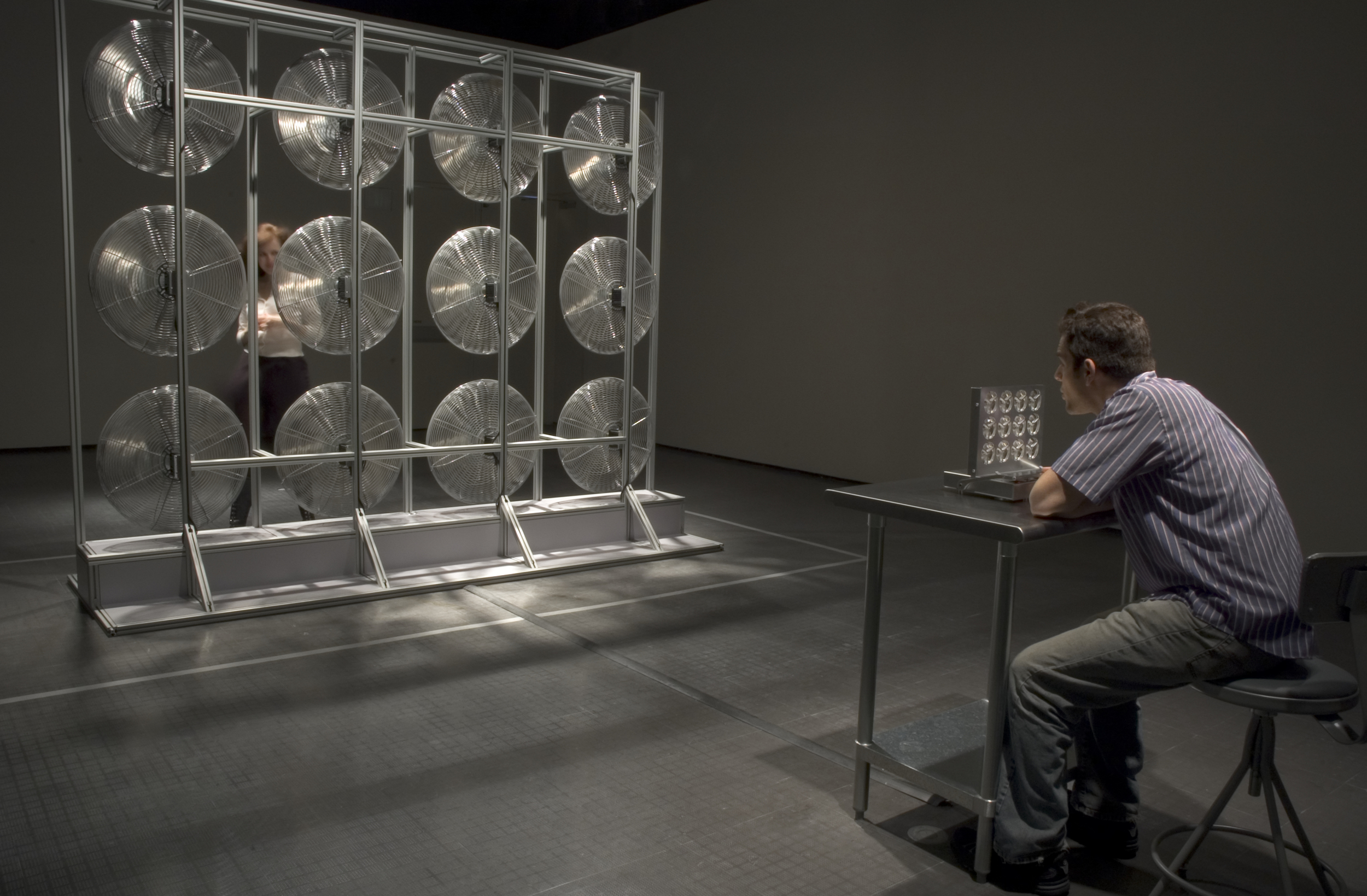 Snibbe’s interactive installation, Blow Up consists of two devices that communicate together. The input device, or breath console, is a stainless steel rectangle of 12 small impellers which are rotors that produce a sucking force; extracting energy and then increasing it. This device is set on a stainless steel table, facing a large wall of twelve electric, steel cage fans. The small input device is electronically connected to the large wall of fans where each impeller relates to its corresponding large electric fan. 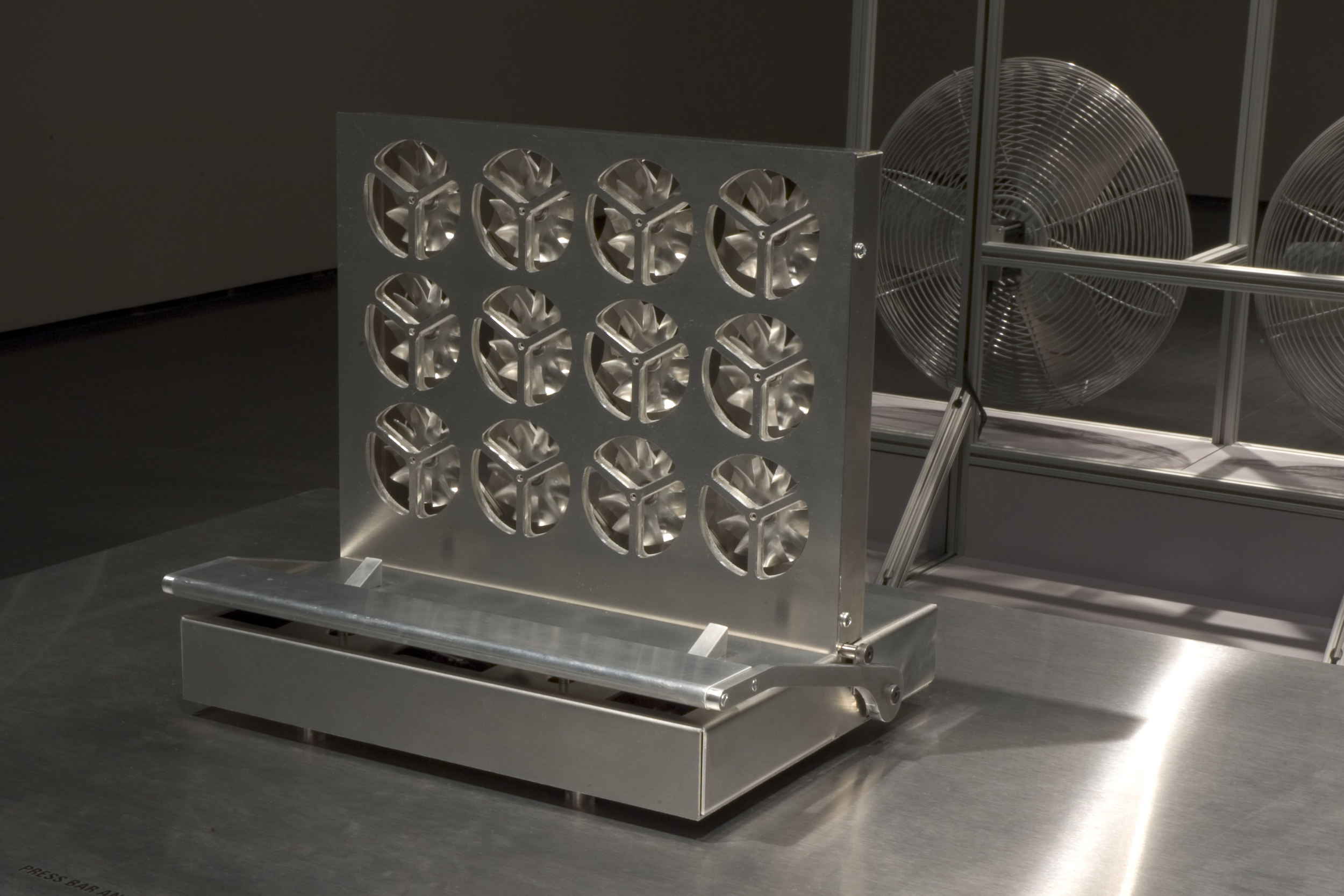 The user is then invited by a chair at the table, to make the connection from the impellers to the large fans, and blow into the input device. The result is the spinning of the corresponding electric fan for the same amount of time the user blows into the input impeller. 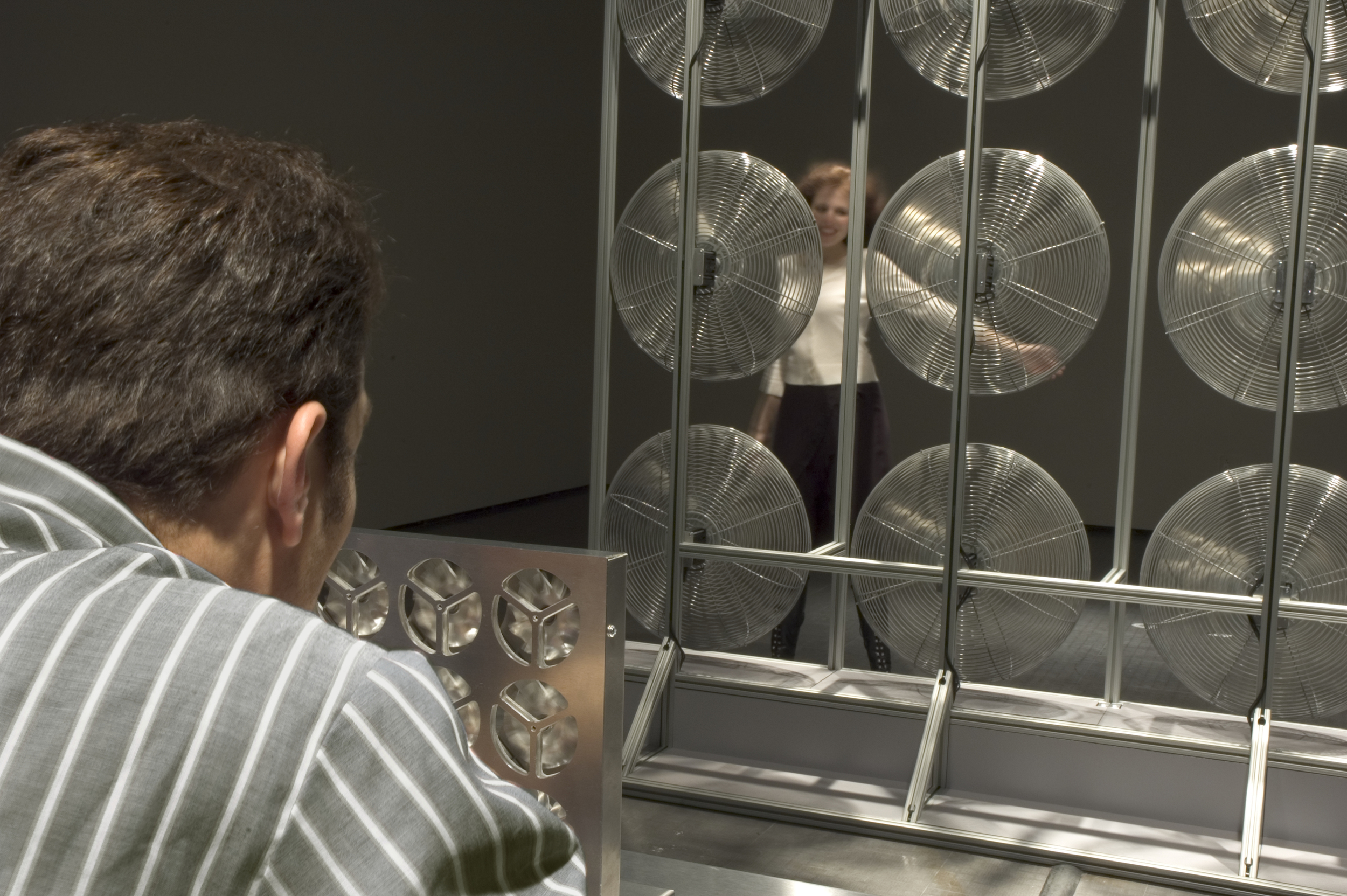 This work visualises the invisible entity of breath, which is our life force and a consistent subconscious act. It does so by amplifying it to electric fans with much higher force. The work also hints to one’s existence in relation to others, where other users may stand on the other side of the electric fan wall. This further increases the legibility of one’s breath and may prompt the sending user to consider the importance of breath and the air it changes. 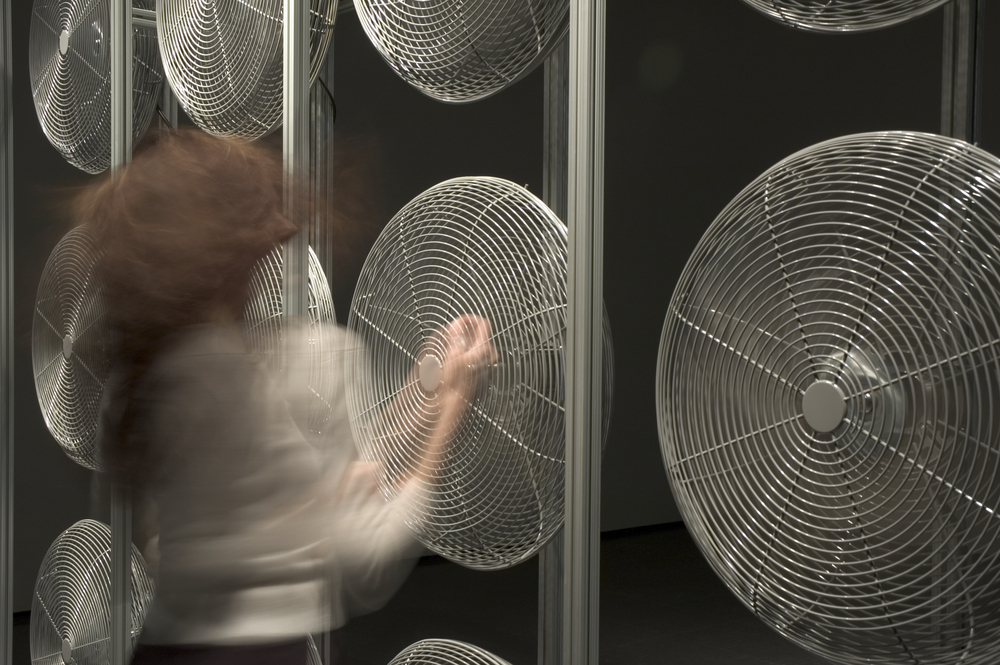 Users are able to intuitively interact with this work despite its industrial front because of the familiar visual language of the empty chair from the table. This invites users to try the piece for themselves and incites curiosity.

The overall aesthetic is finished in stainless steel and appears very industrial. This provides a clean and neutral intonation to the work, bringing focus solely to the breath as common visual knowledge is usually overlooked. The work is extremely visceral as the noise of the electric fan blades spinning and air being rushed through is loud in a silent space. Certain patterns that may form in this work would be that the timing of fan spinning would start to match up and mimic human breathing patterns because of its inherent nature. This again further magnifies the human breath.

I would love to experience this work in real life as I believe the sheer scale of the set up is enough to move a person.