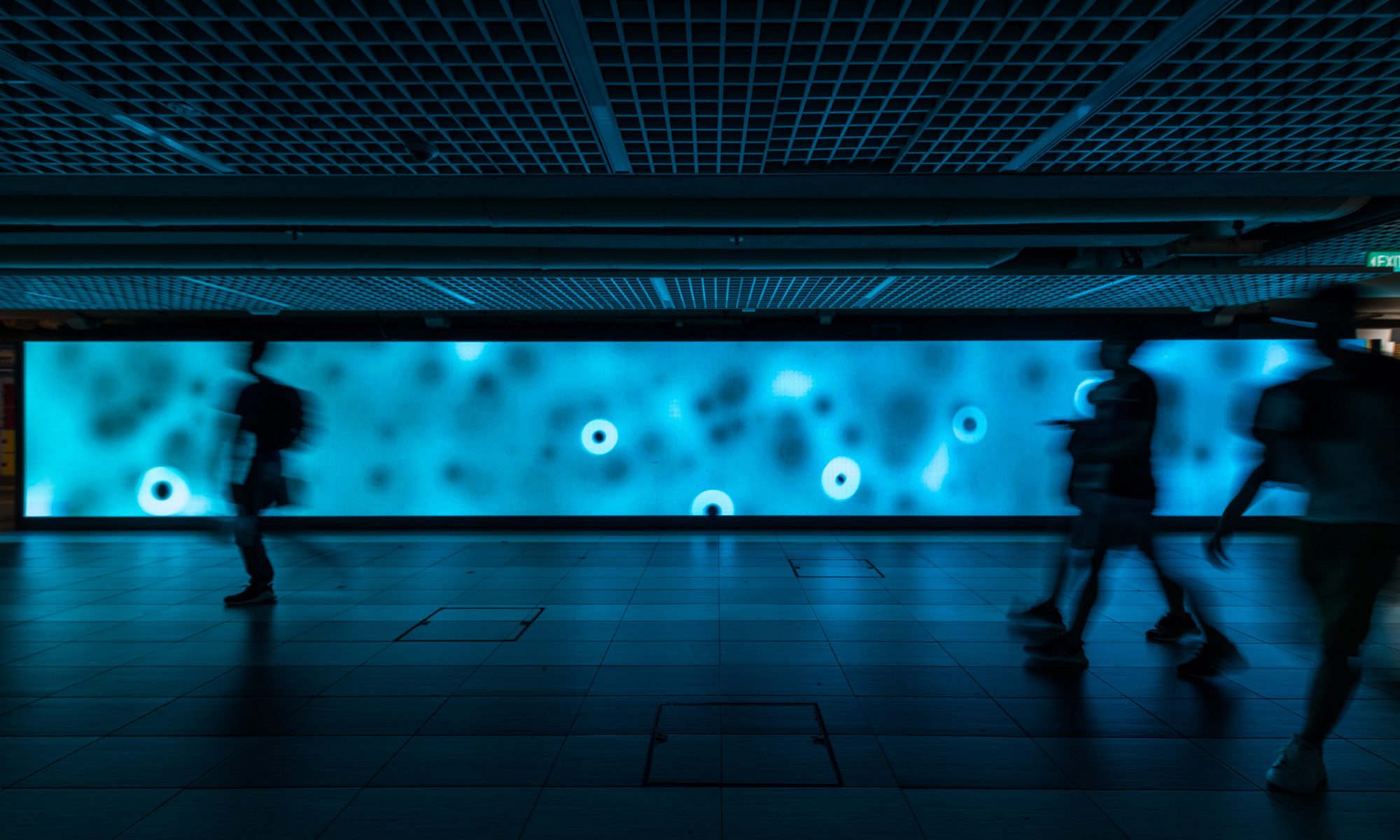 Ominous Nature
To gain awareness of the immense power and scale that nature possesses is to realise the microscopic existence that one is living. There is an innate fear of being meaningless and inconsequential, and there is also a certain release in accepting it. Ominous Nature explores this through representations of microscopic growth and organisms, accompanied by manipulated harmonics of the wind.

Methodology
All shapes in Ominous Nature were made organic and flowing, emphasising growth, consumption, and instability. Emulating the visual flattening of an electron microscopic video of a slide, elements at the foreground appear to be two dimensional and sliding across the flat surface of the screen. Assets also carry over to the next scene as enlarged backgrounds to suggest a deeper biological exploration. The same lighting effects of CC Glass and bright highlights were added across the entire composition for cohesion and harmony.

Félix Schade from Reims composed the music for Ominous Nature. With samples of the harmonics and atmosphere, he composed music to accompany my initial 57-second animation test.

Greg Joly: a wind harp maker that really captured the bass that I had in mind

From there, as the animation progressed, Felix developed the composition to reach the final 90-second piece.