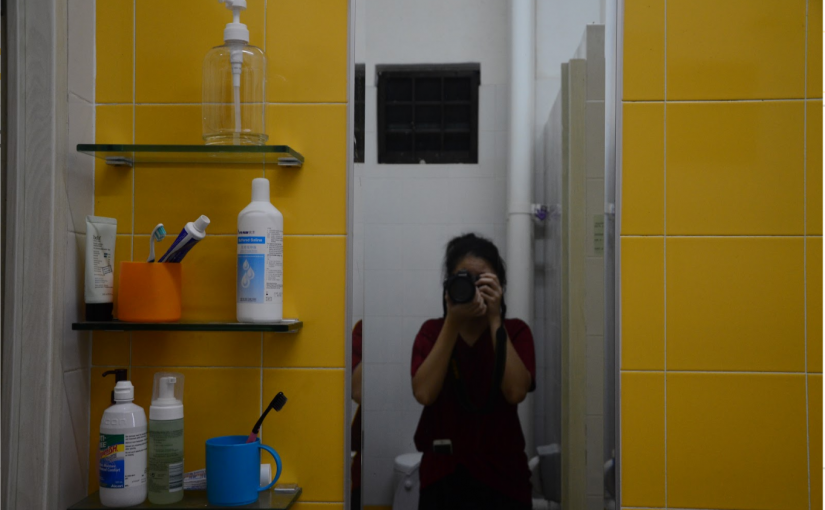 With my interest settled in bathroom photos with existing clutter – which characterise the owner of the  said bathroom – I tried different approaches:

All the scenes in these photographs are not staged unless stated. 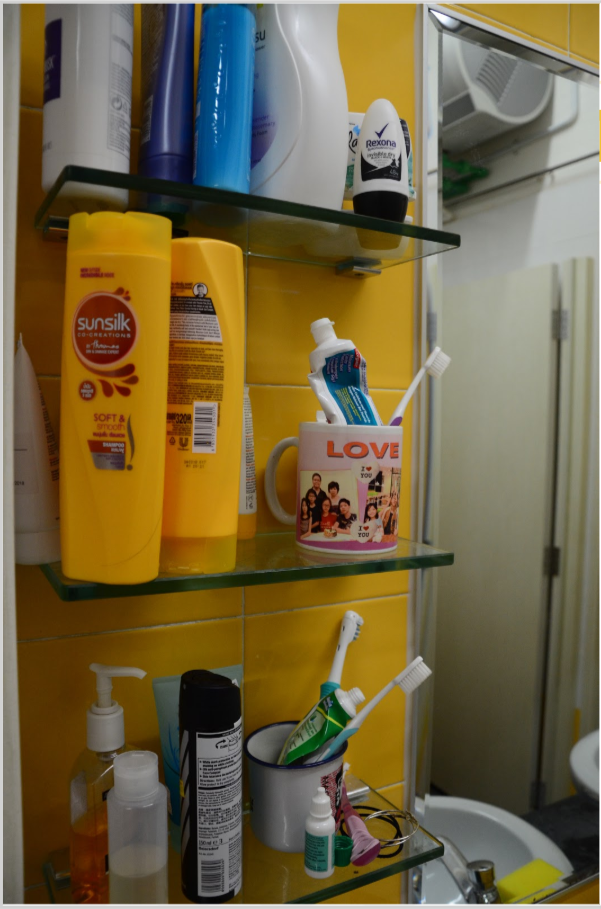 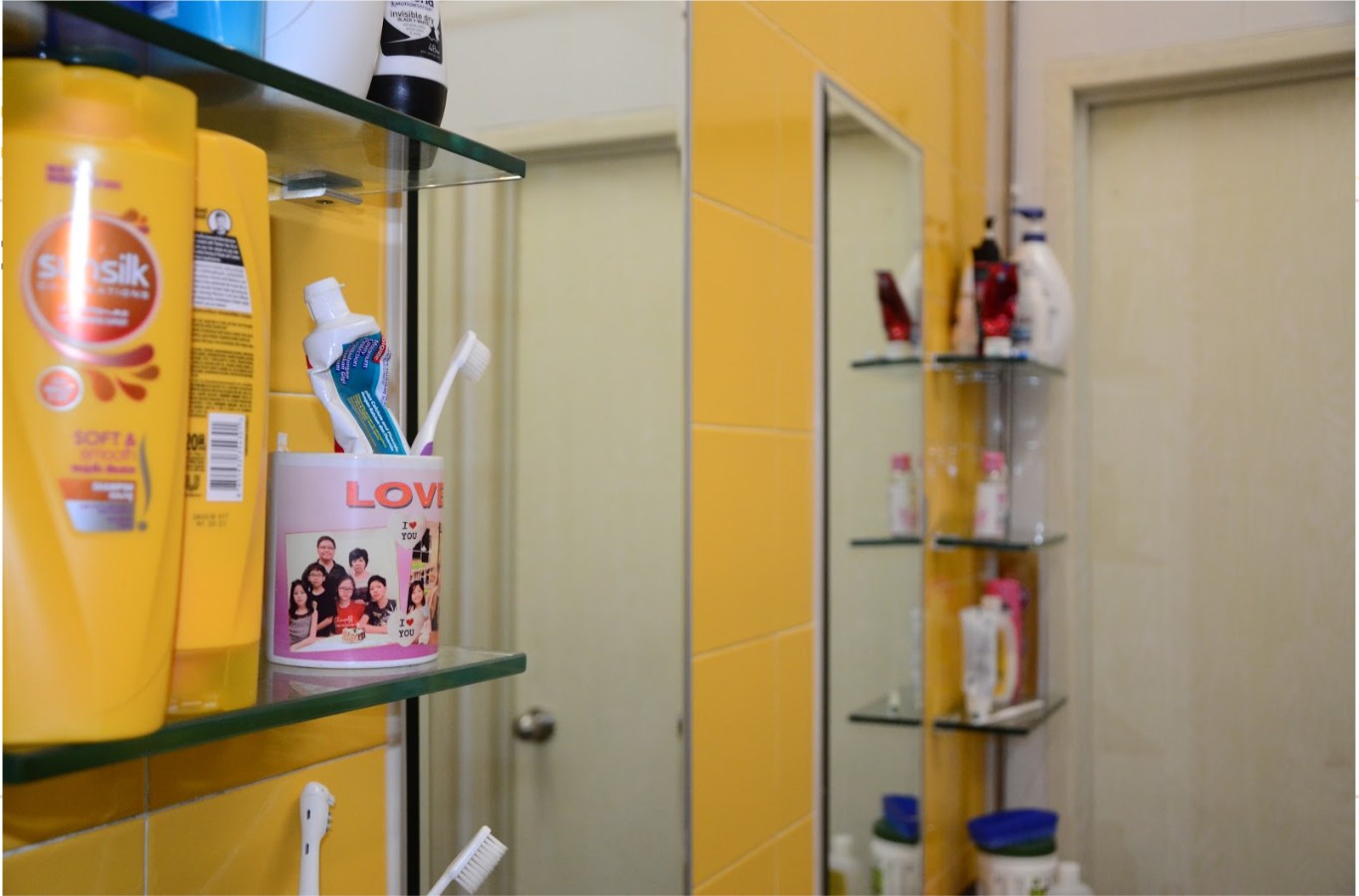 Angle: wider angle, capture the other clutter – provides a sense of comparison.

Location: Other ensuites in Hall 1 (my hall)

I visited (with permission) 4 different hall toilets belonging to 16 people and took multiple photographs of the various paraphernalia in them. 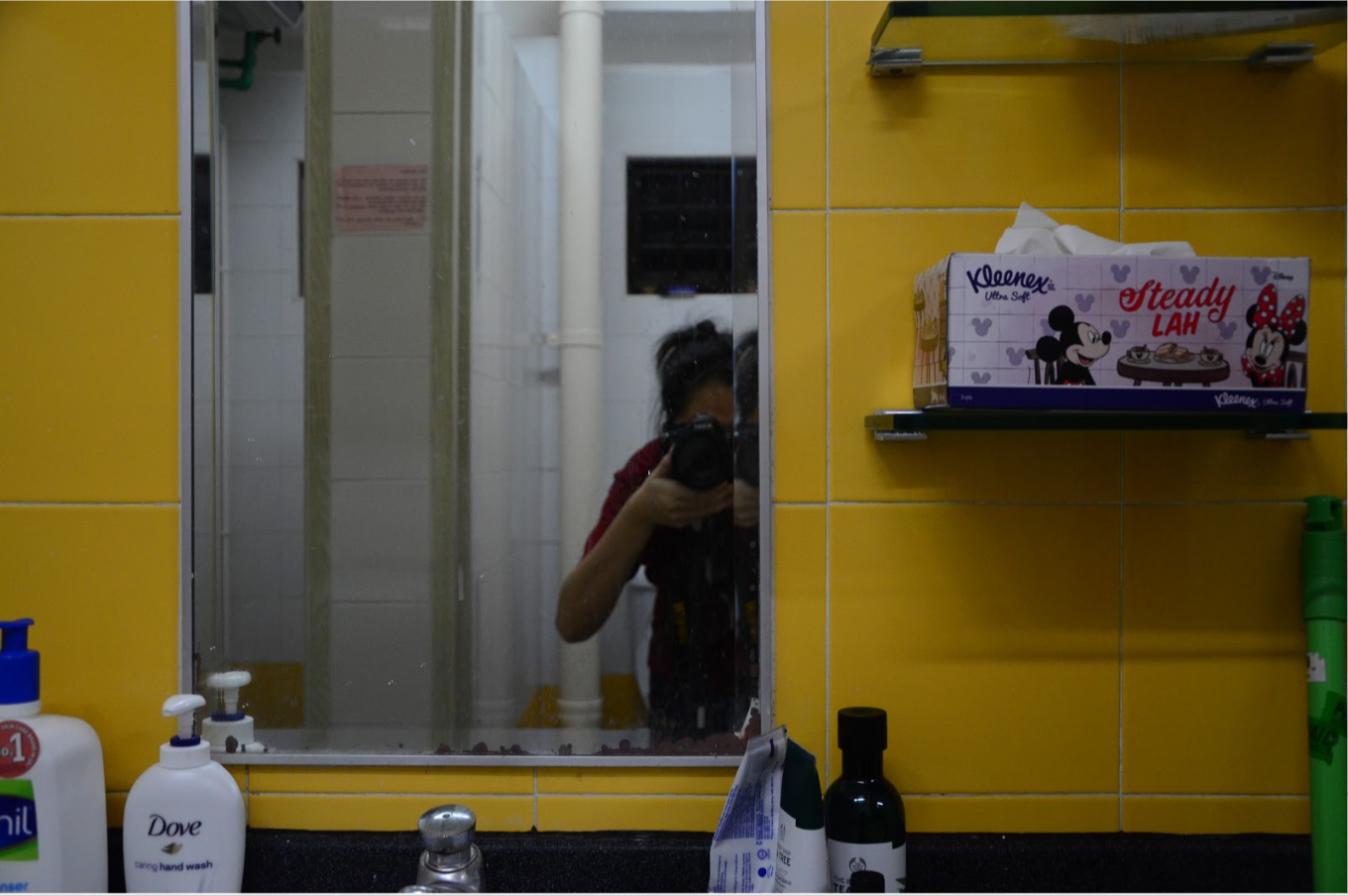 Lower angle: flatter picture, I rather have the sink in than have all the focus be on the shelves. The sinks signify the bathroom setting. Also, with the close-up, the belongings on the shelves become more peripheral and look less important. 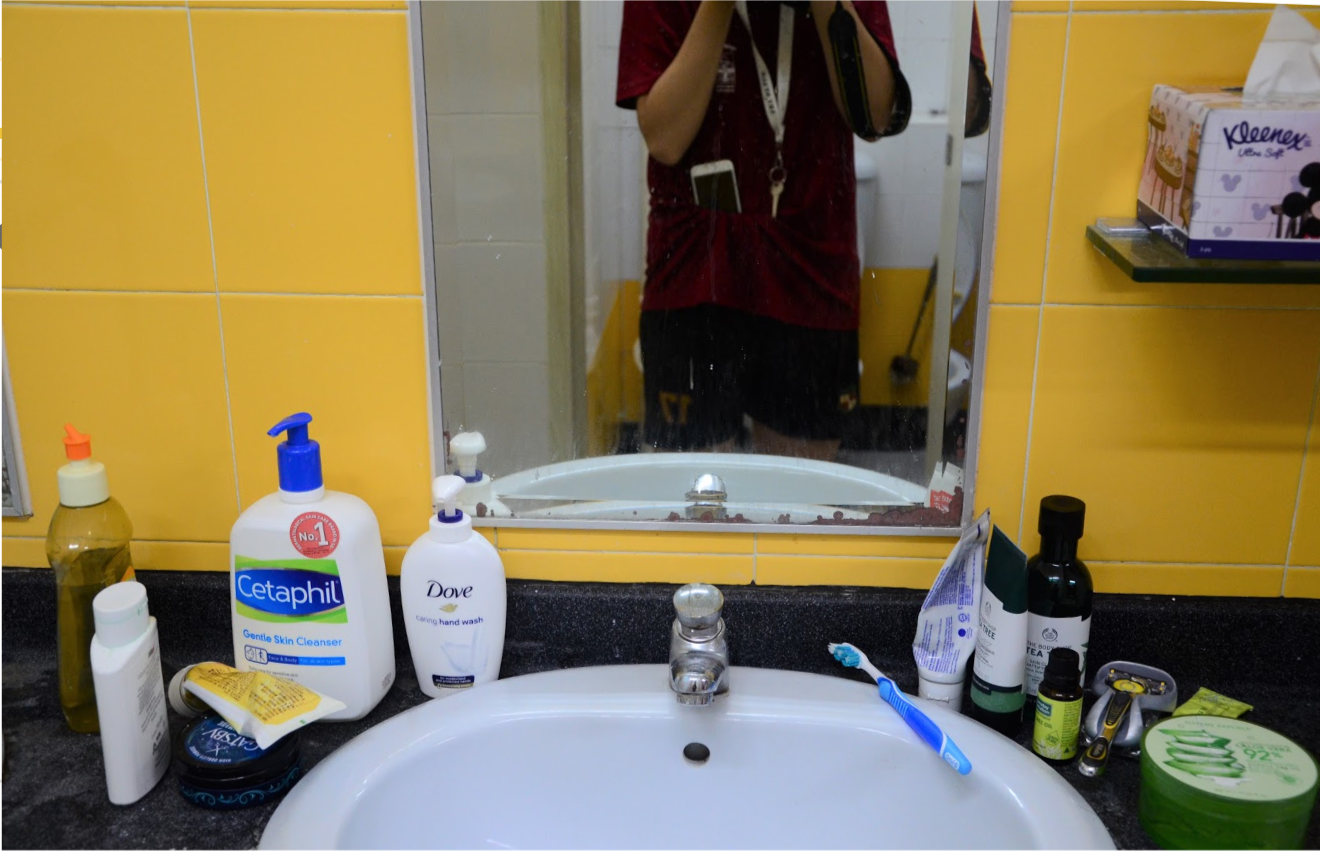 Angle: Top down, looking into the sink and countertop clutter. Better shot with the sink in, but missing the “mirror selfie” aspect.

While taking shots of individual mirrors, I gained interest in the shared space in between the sinks. I felt that these items in the space reflected the relationship amongst the “loomies” (neighbours that share ensuites). 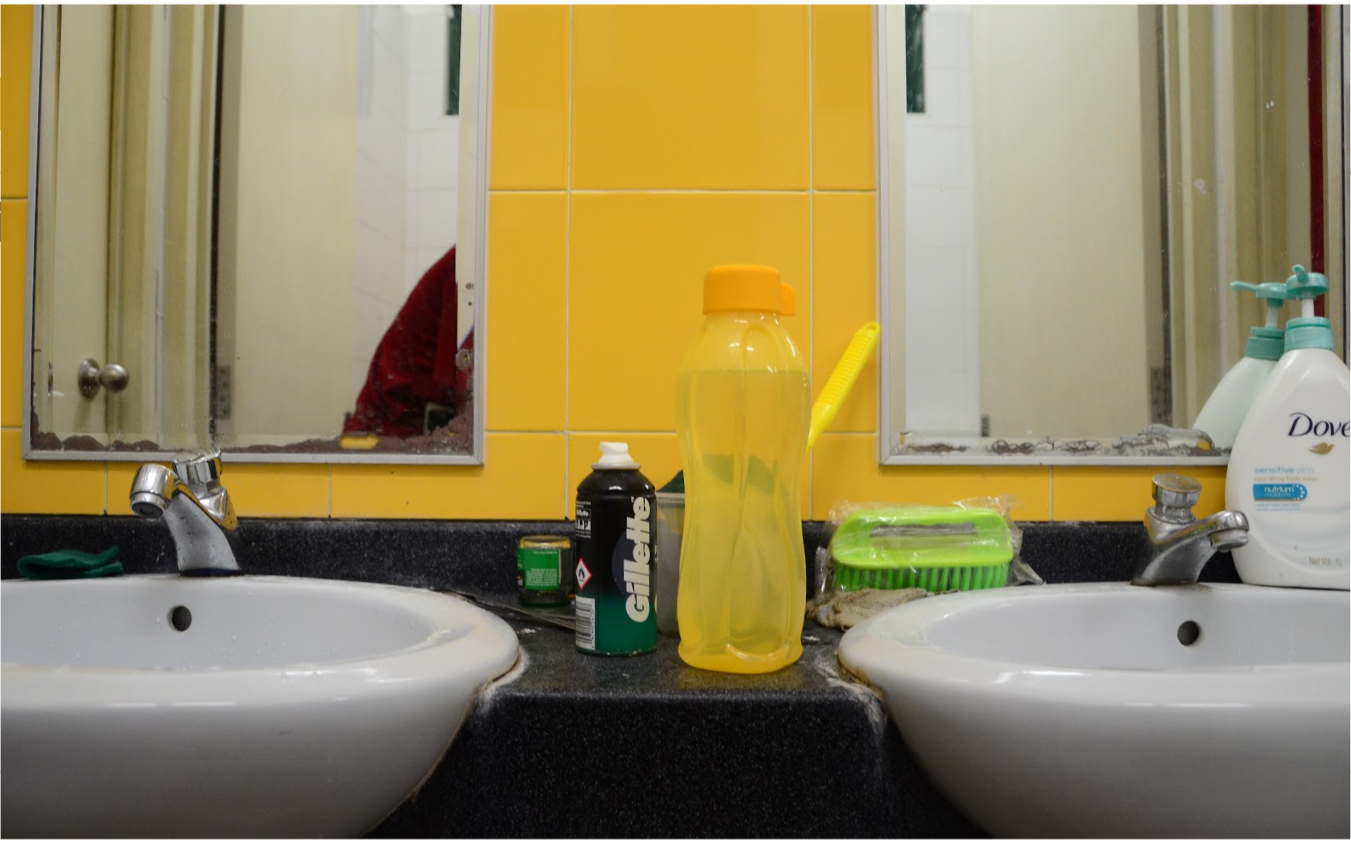 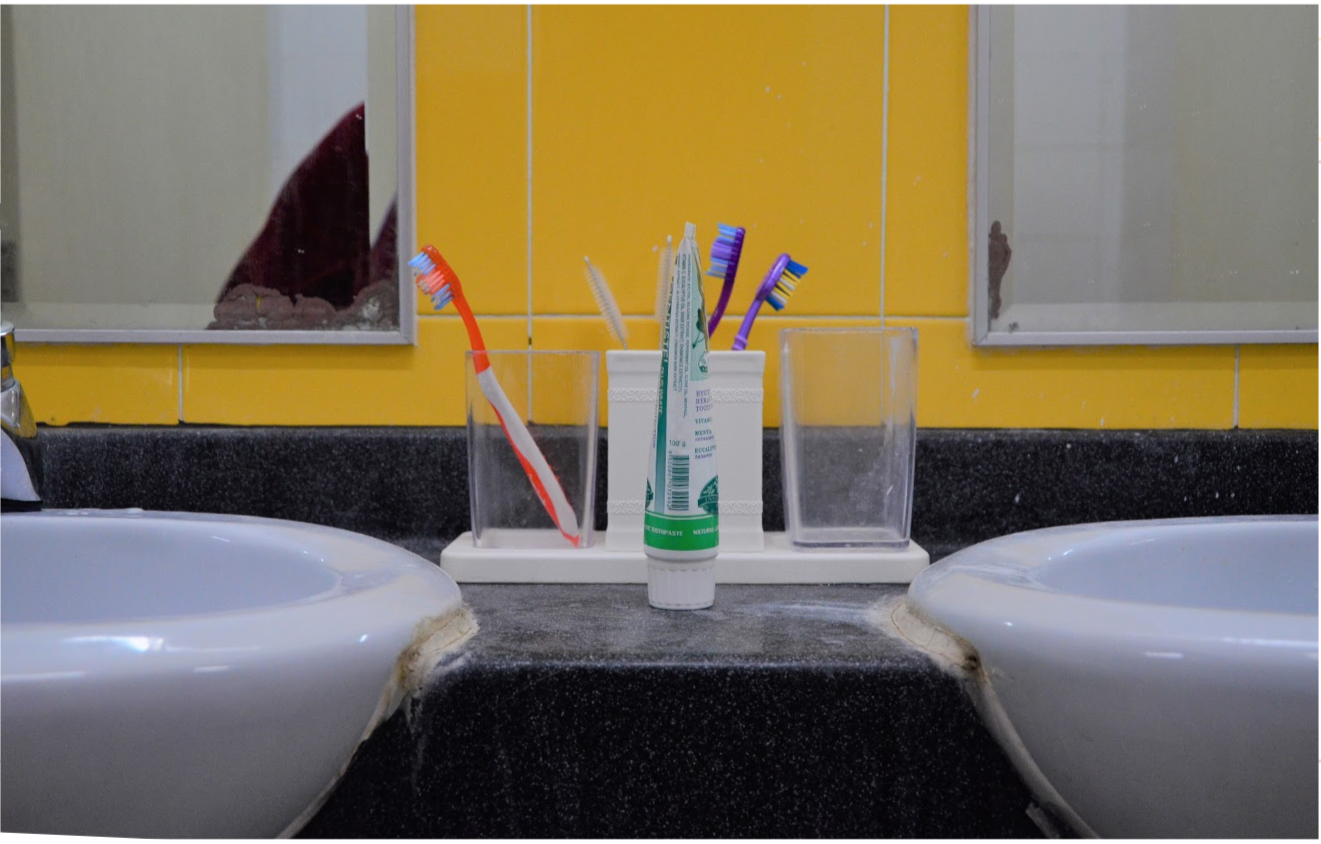 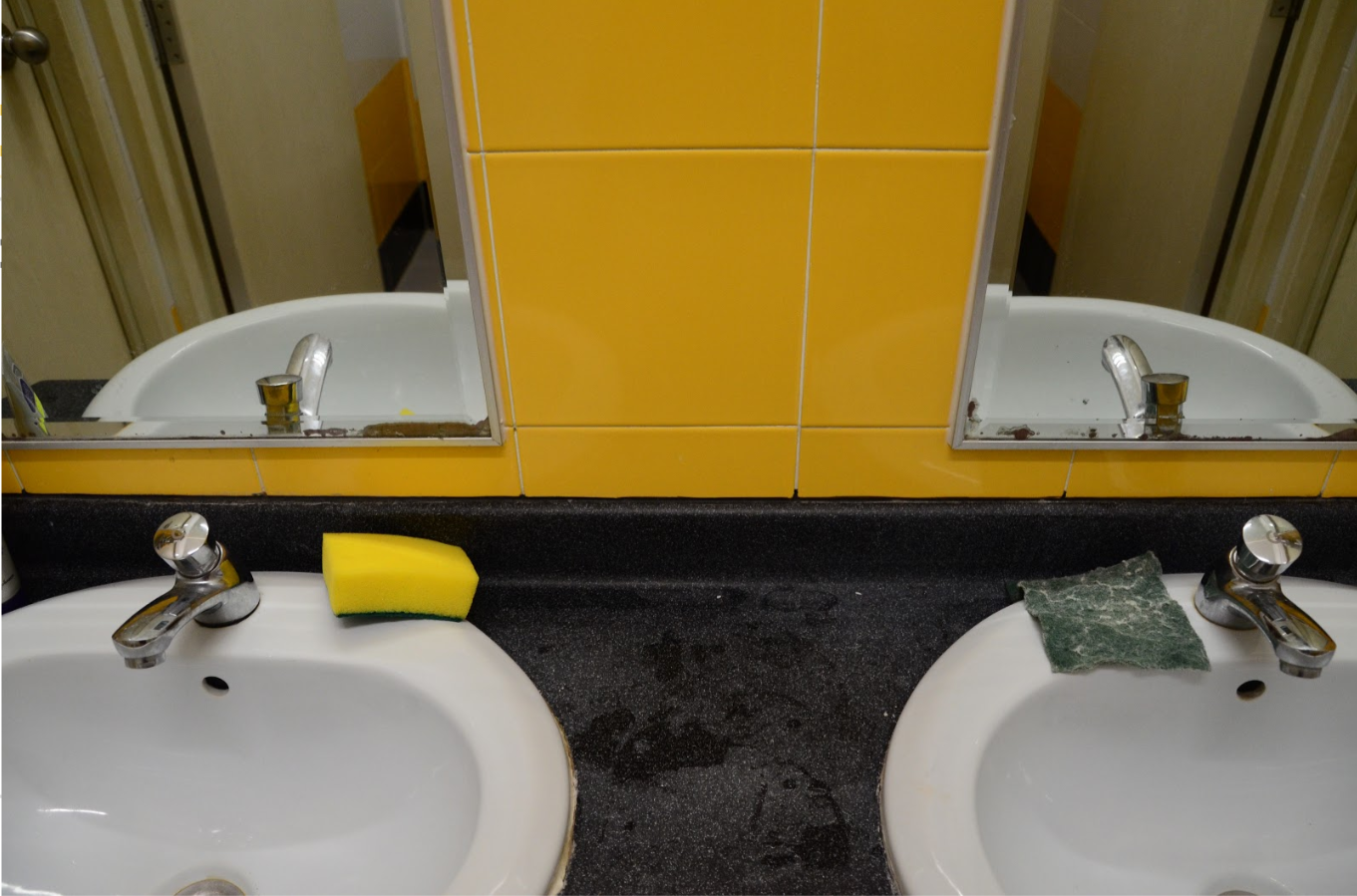 Focus: Toilets in the reflections 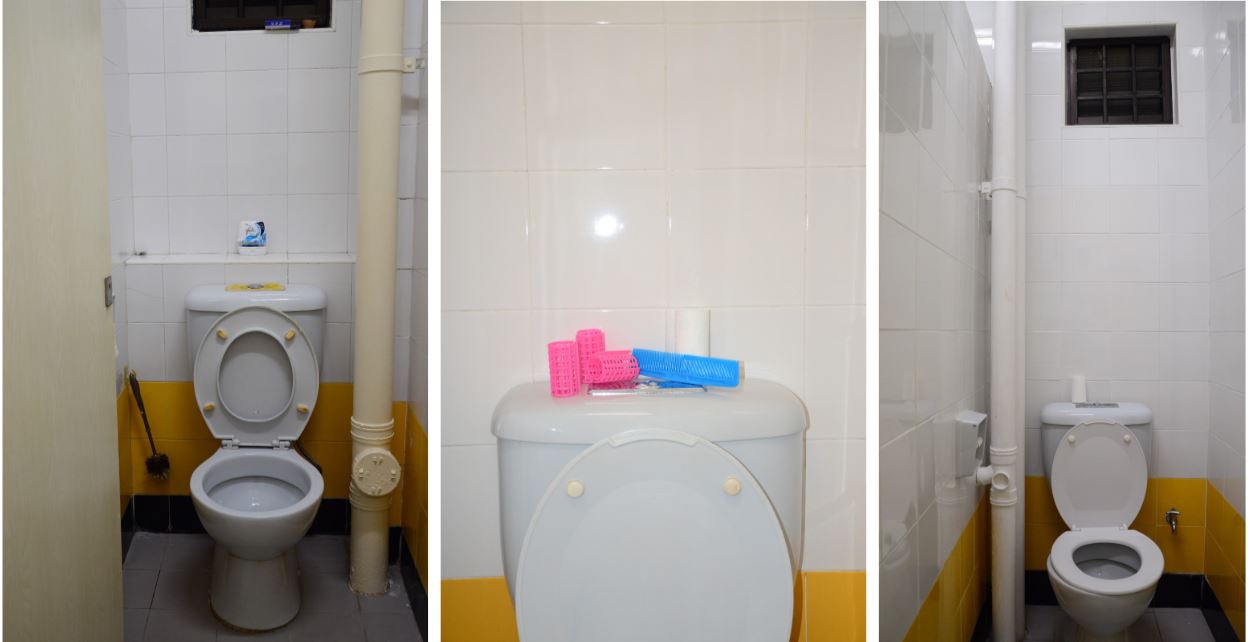 Photos on the left and right are unstaged photos of the toilets in the bathrooms and I found that the items left on top of the toilets could be also characterising of the relationship between loomies as the toilets are also shared.

The photo in the middle is a staged photo where I wanted to use bright colours to express some eccentric personalities but I decided that unstaged pictures were more genuine.

I decided to use the phantom photo + mirror selfie technique and combined it with a more zoomed out picture of the mirror, sink and shelf all in the shot. The yellow tiles and black counter create a frame that I found provided a sense of closure and unity.

I rejected these shots as I felt that the angle was too low to represent the ‘mirror selfie’ composition and I wanted to show more of a yellow tile border above the mirror. I took them in a rush with a tripod as I wanted to get in and out of their bathrooms as soon as possible.

Luckily, I decided to take some handheld shots just in case, and in the end, they were the only shots I found usable. 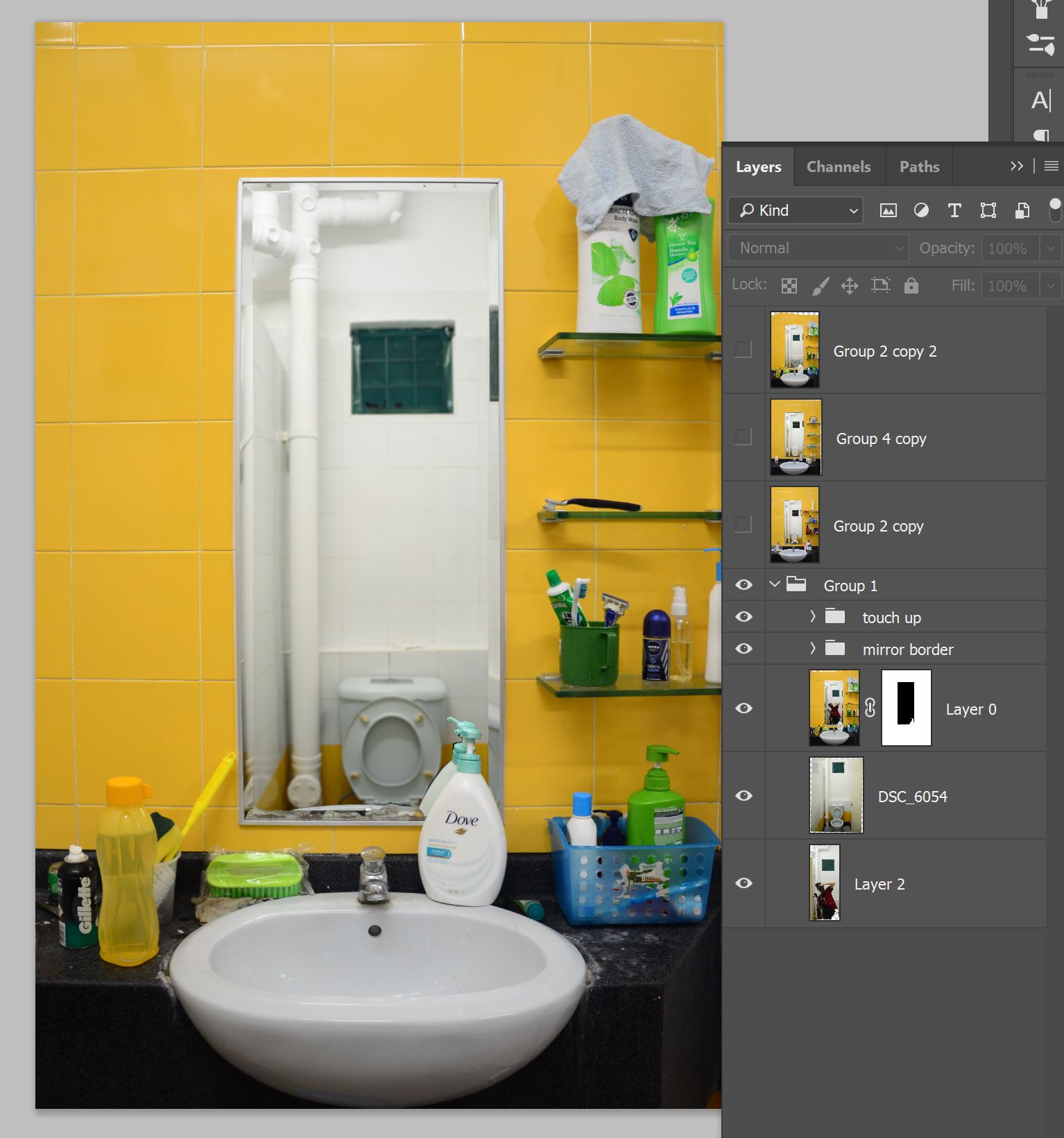 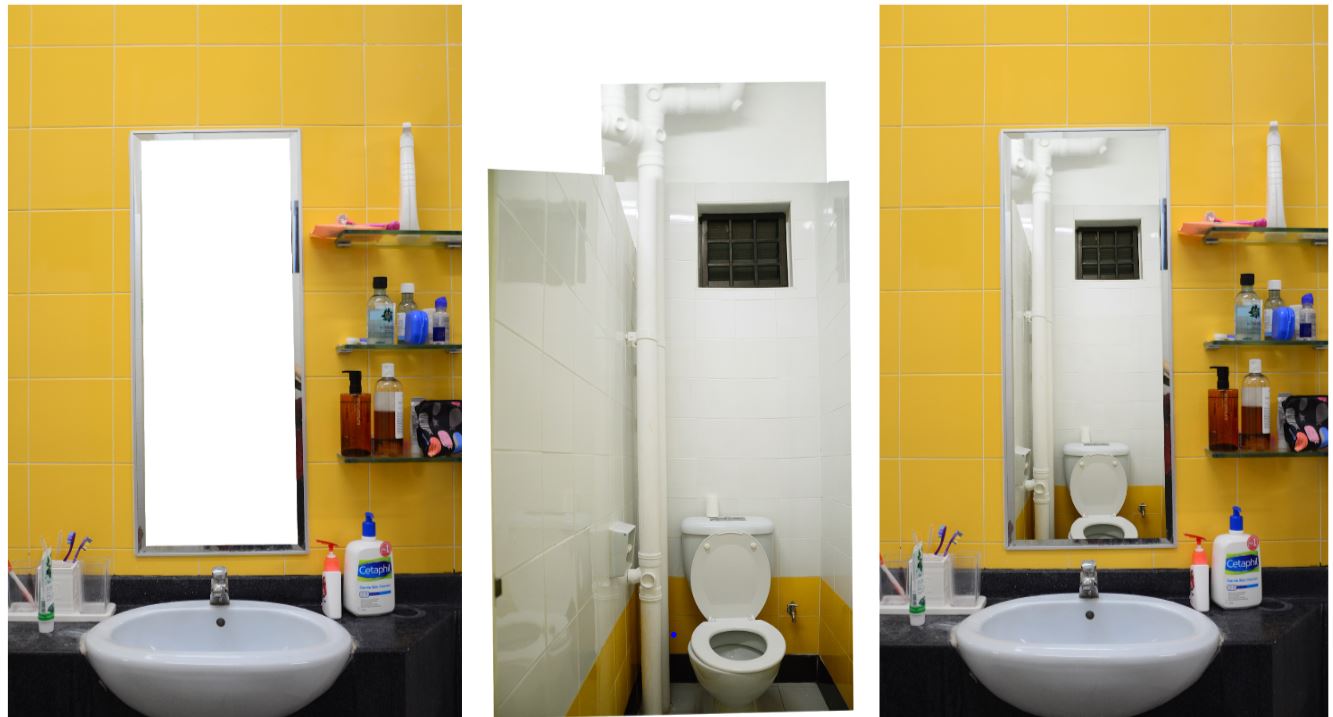 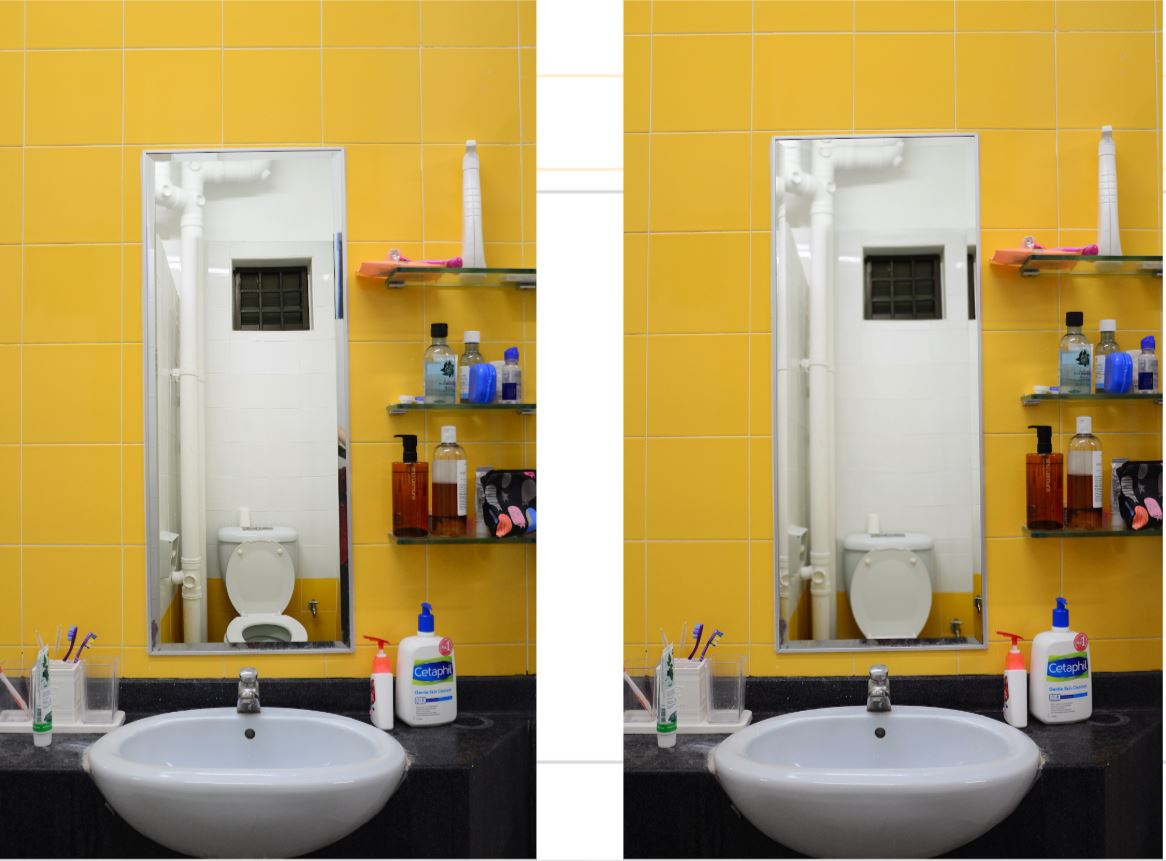 Repeat this process by two more times with cropping and colour correction to produce the final series. 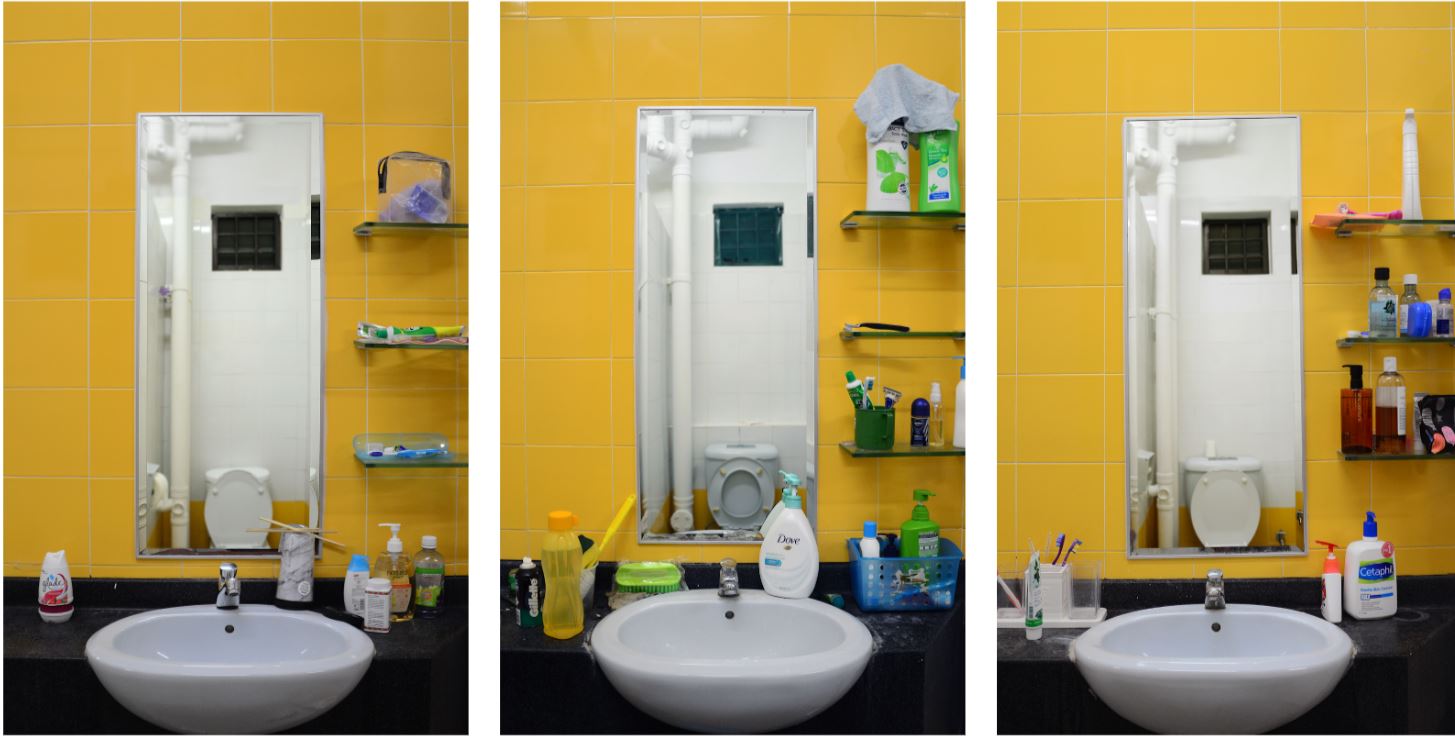