The object that I found interest in is my dreamcatcher. 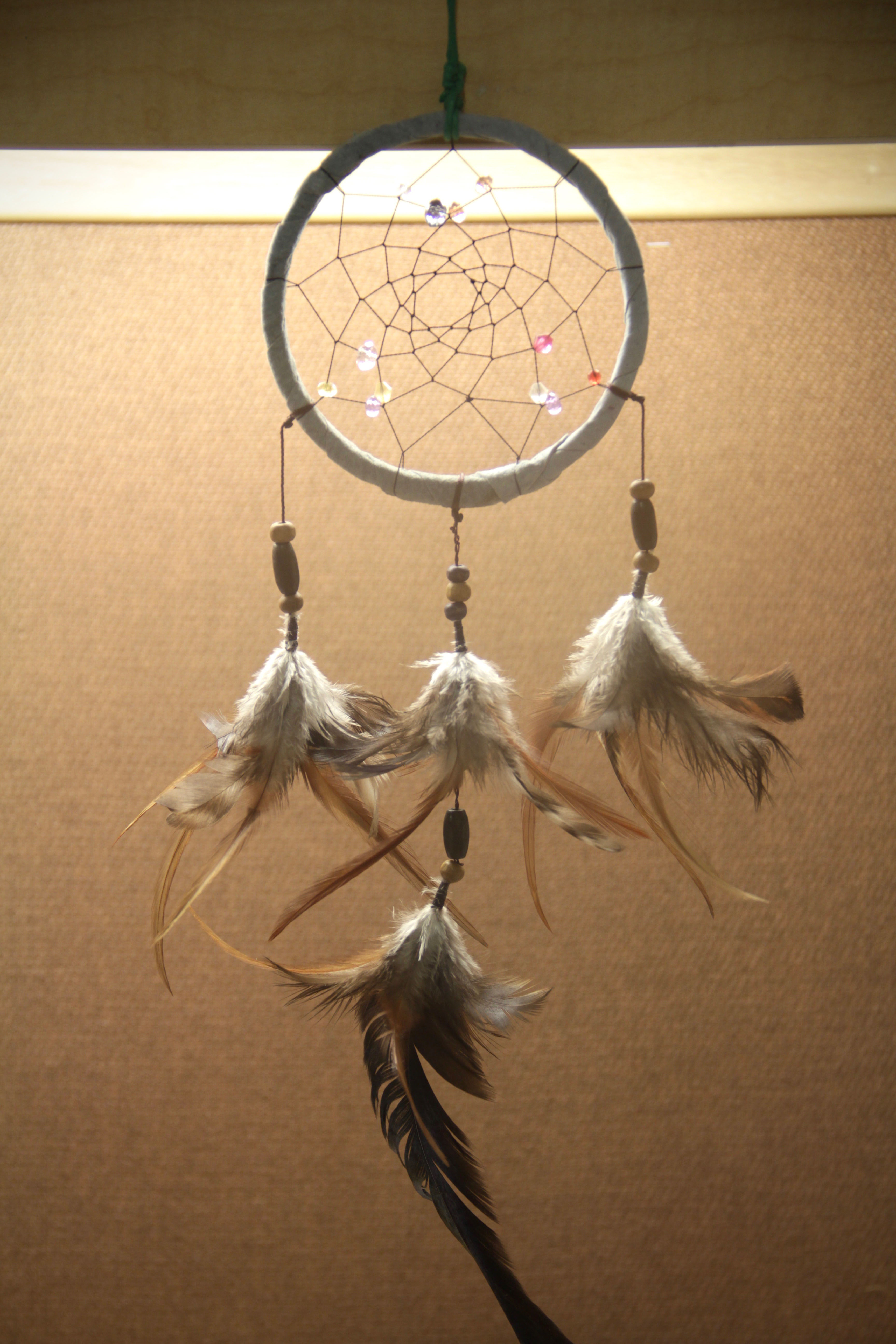 Despite it being a flat object, one can still observe the dominant, sub-dominant and subordinate parts of the dreamcatcher.

The dominant part of this object would be the ring from which the feathers and beads hang from. The void within the ring captures the viewer’s attention. Furthermore, the firmness of the ring contrasts greatly to the flimsy character of the feathers, despite being comparatively big in size as well. This, in turn, makes the feathers the sub-dominant part of the dreamcatcher. The beads, on the other hand, and the interesting interweaving of strings add flare to the object, and are thus the subordinate parts of this object.