Using chopsticks as my handle, I was able to create three different mark making tools. One of my favourites would be the chopstick wherein I sliced through its end so as to create spiky and rough texture, allowing me to produce dot-like effects on paper. Despite it being interesting, however, it did not allow me to make bigger and more dramatic lines. I also enjoyed using the chopstick that had plastic wrapped around its end. Unlike a paintbrush, this tool allowed me to create less-controlled strokes, being that it was difficult to control how the plastic lies on the paper. 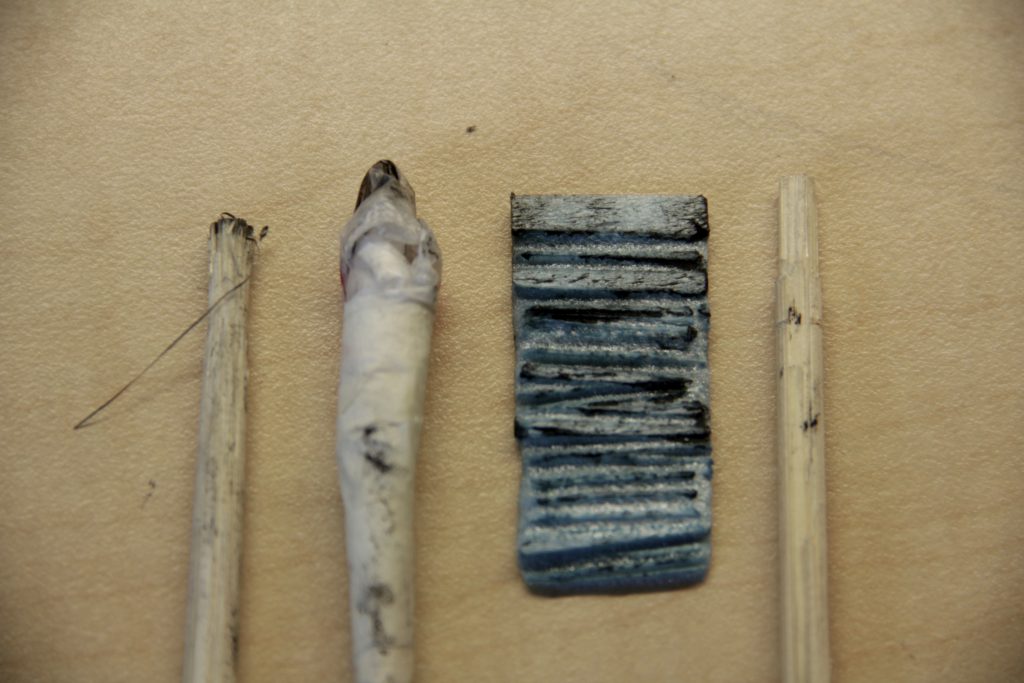 I was also able to attain these objects that produce interesting prints on paper. One of which is a shower scrub while the other were pieces of straw. 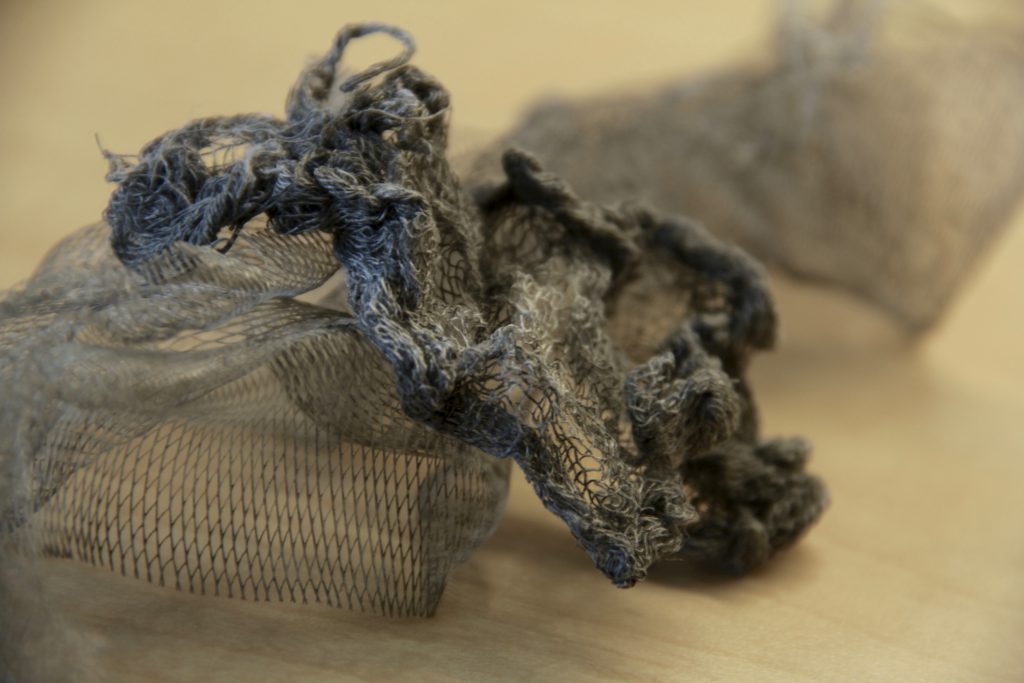 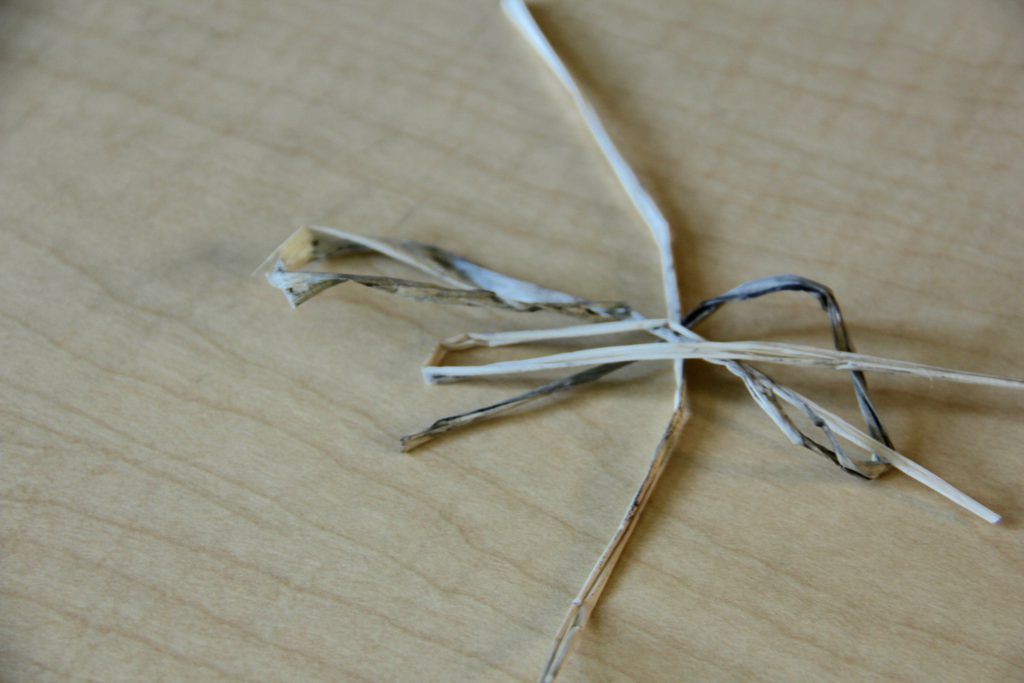 Using those tools and other materials, such as scrunched plastic, I was able to create the print below. I was very pleased with the print, being that the marks still consisted of a lot of lines, which is helpful in our project of My Line is Emo. 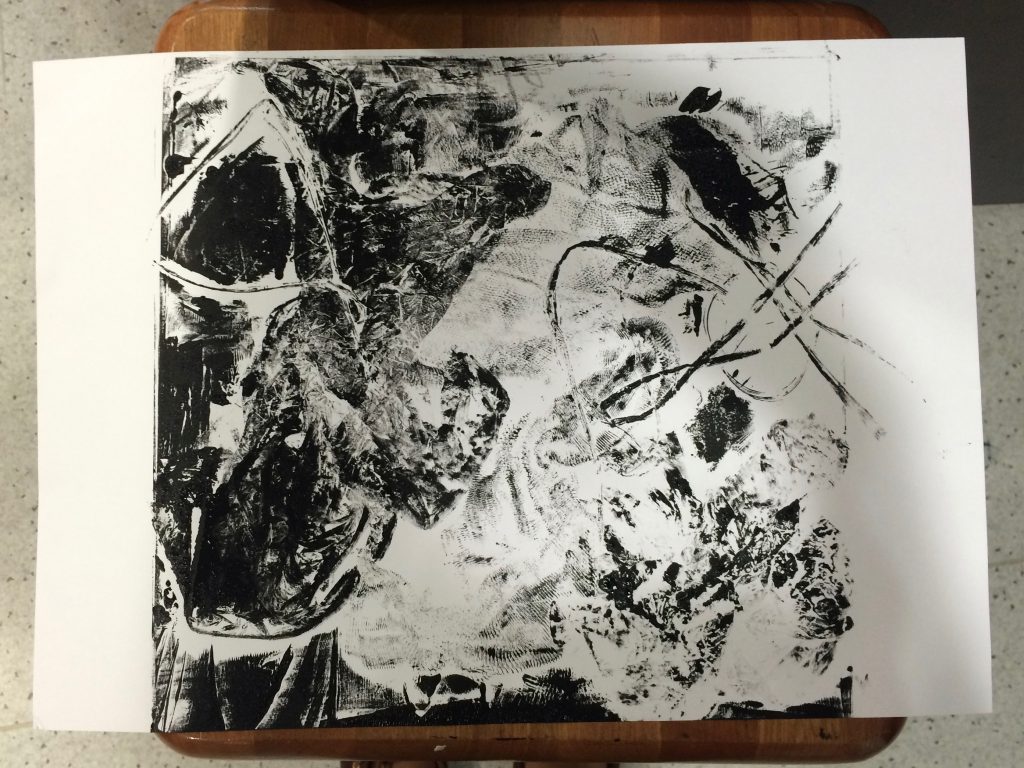