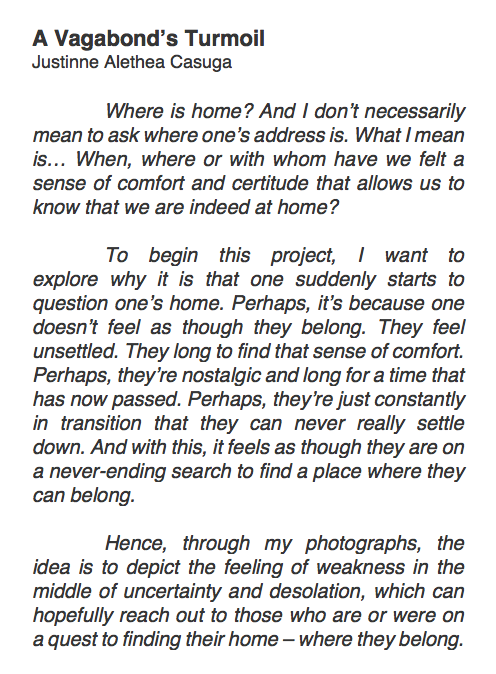 I decided to finalise my series in black and white. I have tried to edit some of my photos in colour, attempting to add a nostalgic and somehow hollow feel through the colours in the photographs. However, I felt as though black and white photos allow me to fully focus on the stillness and also the movement within a photograph. There is a greater focus on my subject matters and it also has allows for a nostalgic yet timeless feel on my photographs. The lack of colours subtracts the life in the photographs, making it seem as though I am trying to make these moments eternal. This thus, in my opinion, emphasises the nostalgic impression within the photographs. 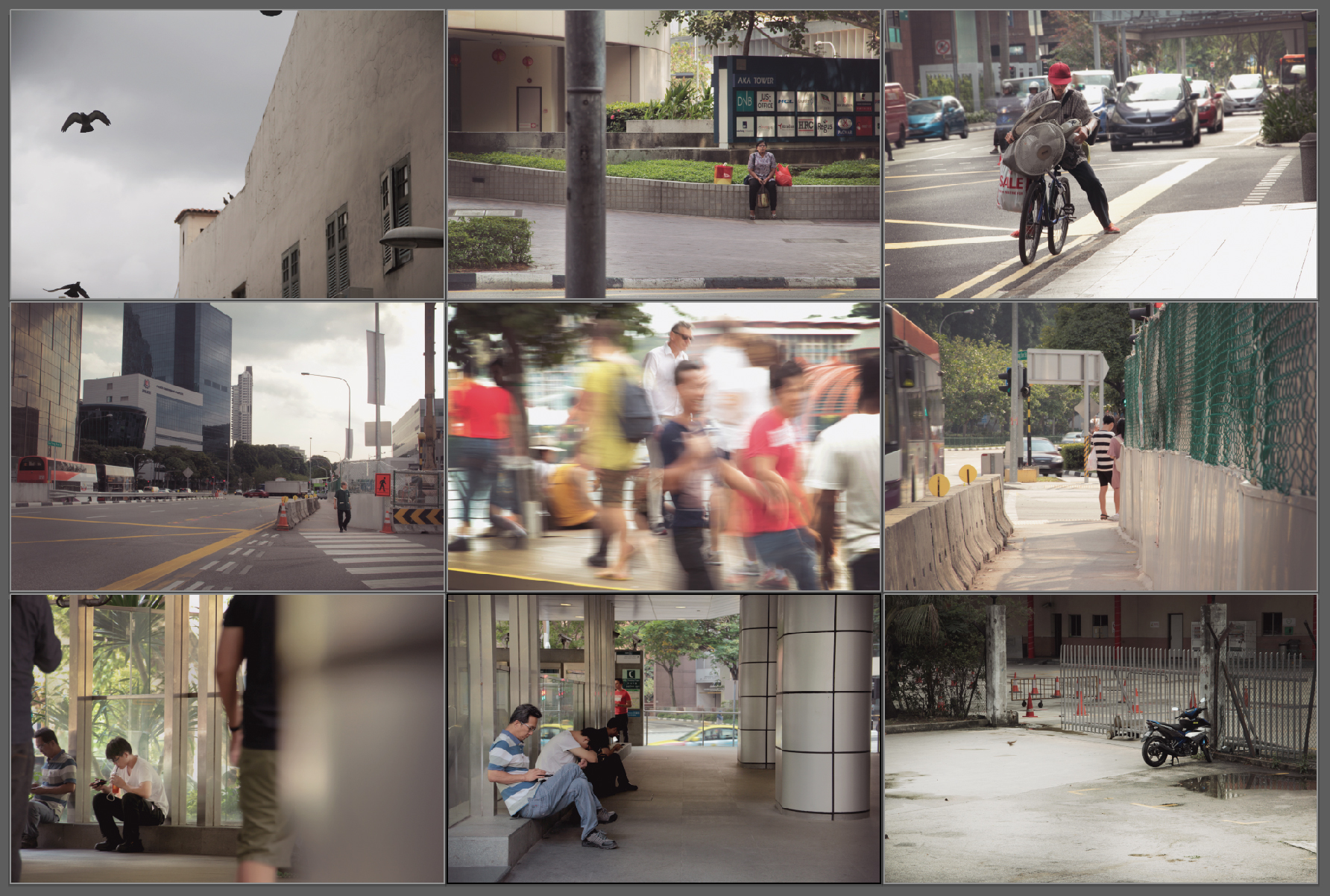 Attempt at Sequencing with Colour

Printing has always been a struggle of mine, because the colours come out differently. As I tried to convert the pictures to CMYK mode, the photographs became rather grey, deducting the contrast. At the printer’s, however, they helped me to print the photographs in 110% B&W? It increased the contrast, but it did make some of the black areas in my photographs too dark. Printing is confusing… I’m not quite sure how to print properly yet, I guess aye. 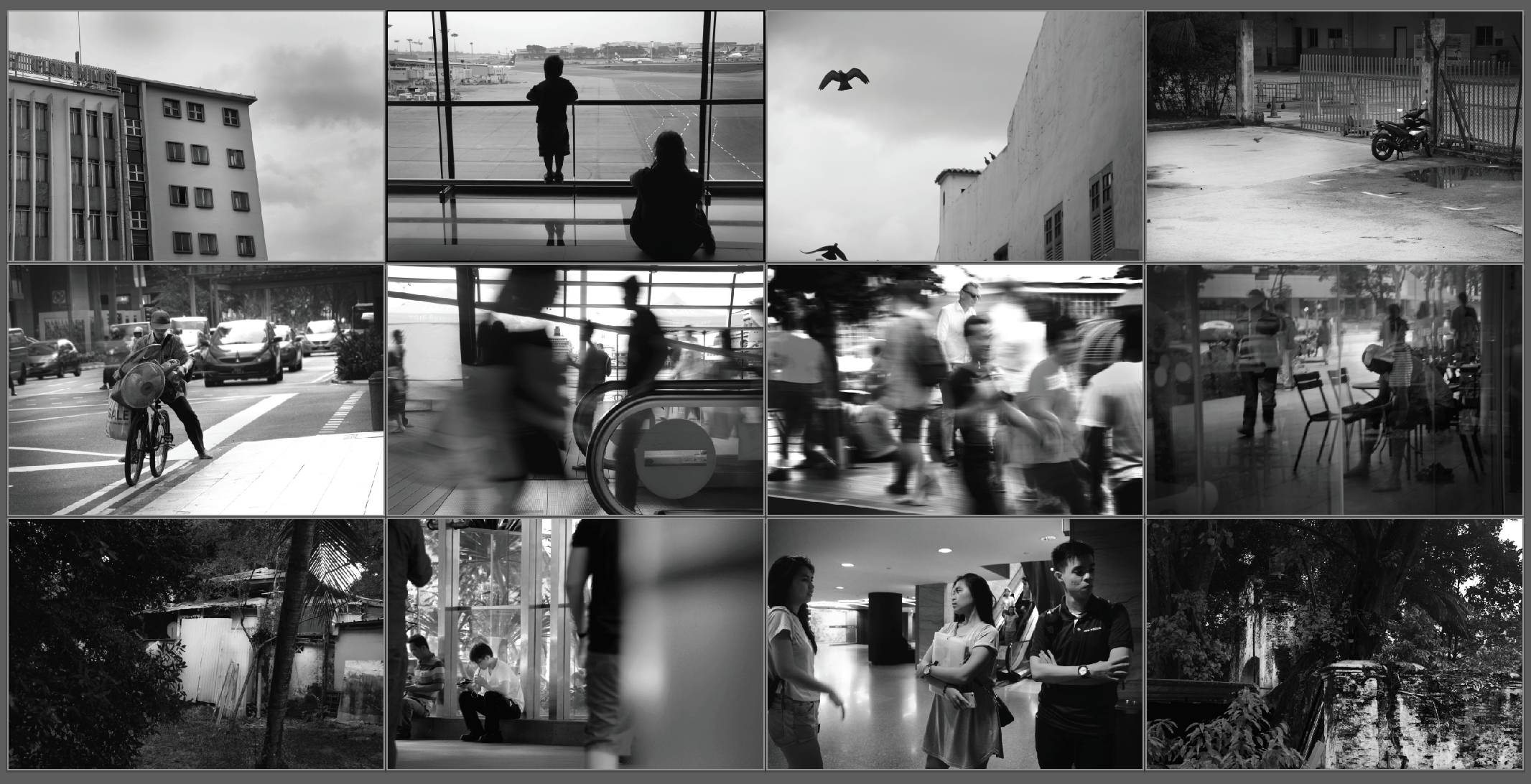