My first initial idea was to actually imitate Daredevil!

Even though he lost his sense of sight, he was still able to ‘see’ with his other senses. When it was raining, he was able to ‘see’ as he is able to make images with his hearing!

I did a little bit of research on that and it is called Human Echolocation. What it does is basically using your voice as a sound wave and when it hit an item or obstruction in front, the sound wave bounce back and it will tell the distance. Yeah surreal. Take a look at the video below.

Below is another way how it works which I sketch. 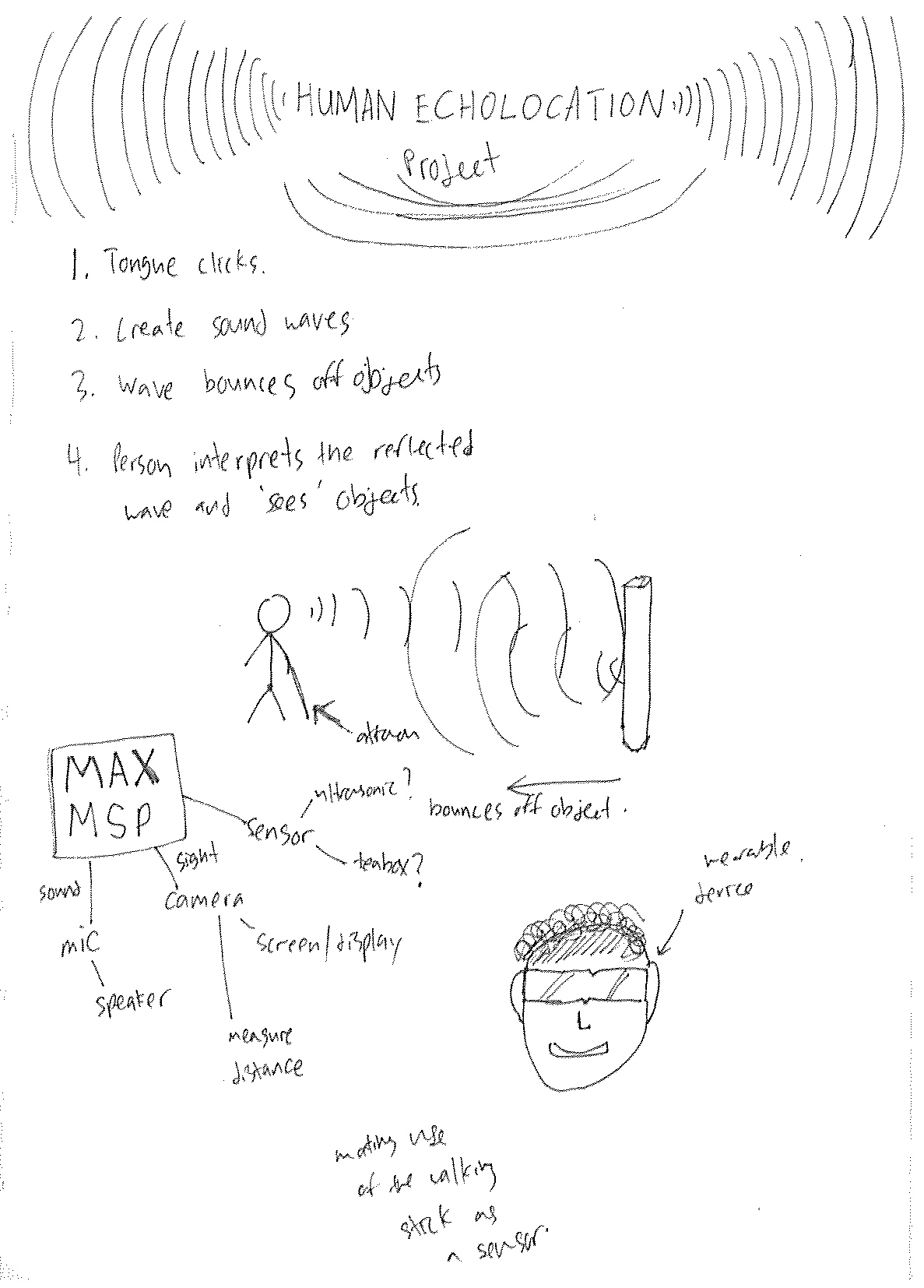 So how I imagine my device would be is something that is wearable like a goggle. Inside the goggle is a monitor but it doesn’t display anything until you make some noise to illustrate the sound wave. Then it will show what is infront of you which is capture by a camera attached in front.

I tried to break this possible project into 3 parts if I were to do it in Max/msp.

At the end of the day, I decided to abort this mission as in terms of manpower and time, I cannot afford it. However, I could try something similar if I have a semester.

I found some similar project by Kyle Duffield.

Echolocation (Dynamic Aural Fragmentation) is an interactive installation that creates an immersive sonar environment for the viewer, allowing them to spatially explore and engage with aural/kinetic events of their own creation. This audio/visual installation exaggerates fundamental acoustic principles, causing spatial perceptions through the observation of sound in a quadraphonic, panoramic setup. Using the experience and perception of a bat as a foundation, the installation examines how different species share the same physical laws, but utilize them in different ways – in this scenario, the sense of hearing. Echolocation (Dynamic Aural Fragmentation) is not meant to be a direct simulation, but rather a stylized, abstracted representation that works to translate the dominant perceptual system of a bat (hearing) into the dominant perceptual system of most humans (sight).