The extension of a case studies is actually a good way to take someone else’s ideas and push it even further. I find it hard to find a good one because honestly, not all the case studies is that interesting actually. With that being said, right now I am going to use Vladimir’s documentary, Karst. The reason I chose this case studies as it is one of the projects that I can relate to and it is something that I would do.

As Karst is a documentary that revolves around an architect and a family of stonemasons as they build a house for a diplomat, I would extend the film into an exhibition. This is because I feel that the essence of the documentary is about how traditional craftsmanship is still being used and it is a dying trade. Hence, my proposal would be an exhibition that people can learn more about the stonemasons and their ability, on top of the film. 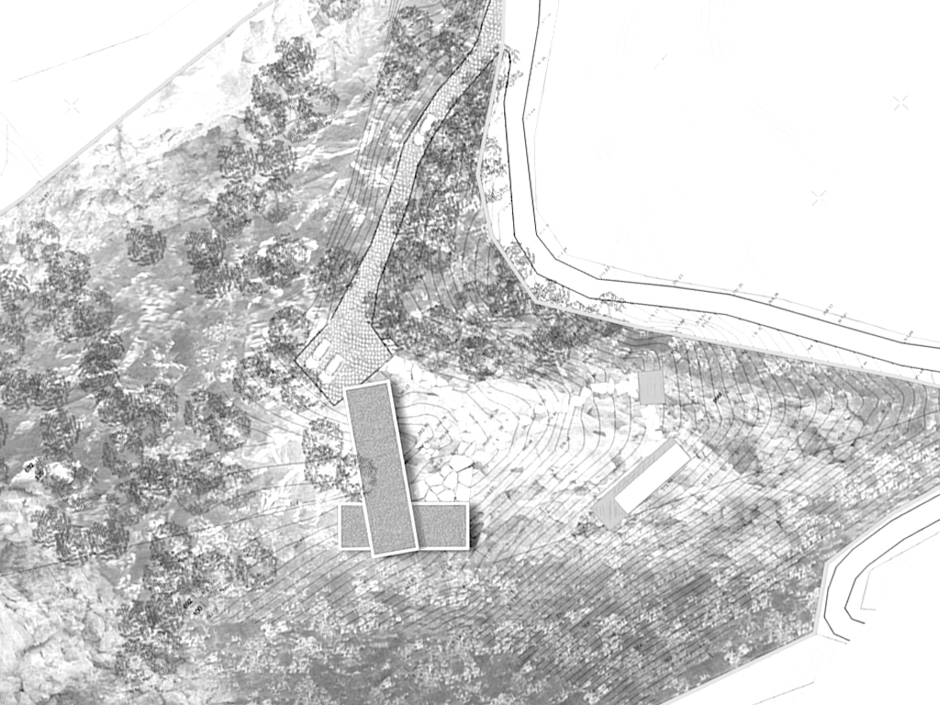 If you look at the top view of the house that was erected, the layout is pretty interesting and I would like to use this same layout as the layout for this exhibition. Furthermore, it make perfect sense as visitors would get to know the house a little bit better in terms of its spatial design and space. In the exhibition, there will be a showcase of the machinery being used, more information about the stone and also the documentation process on how the house was being built.

I would like to hear your thoughts on this.

I know there are many exhibition/installation that is based on a tv show or a movie. For example, there is a Game of Thrones exhibition that is going on now somewhere which I have no idea but I see it pictures. These exhibitions usually tend to promote the film and also to invite people to interact with the objects or props that was being used in the films. There is also some interactive game/installation where people is able to participate.

1 thought on “The One With The Assignment 2”