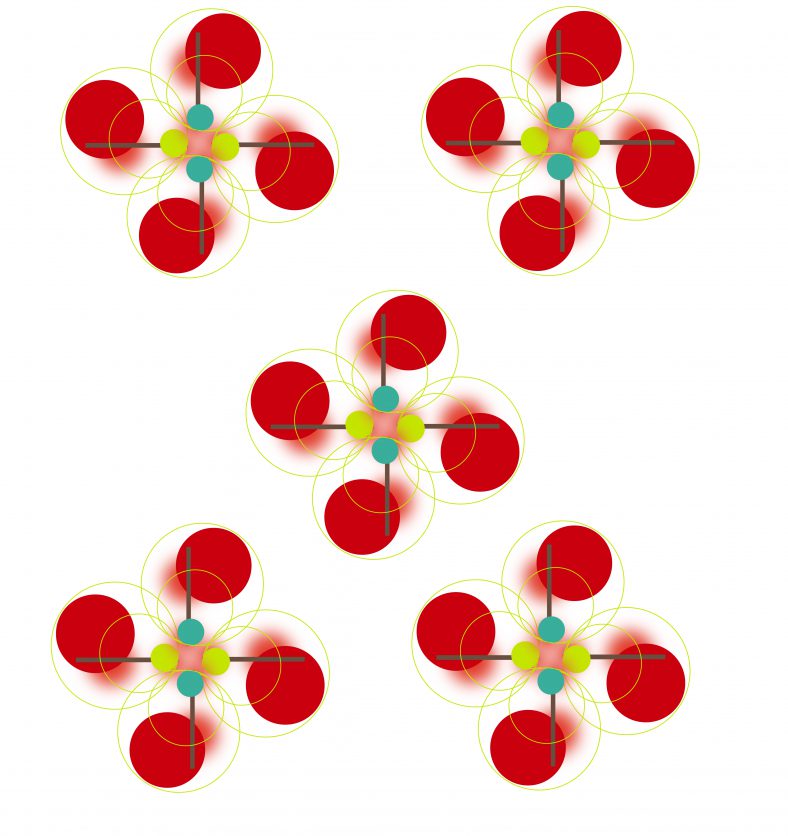 Jean Gorin is my main inspiration for his minimal use of geometric shapes and the assembly of colour and lines to evoke movement, space and depth.  I have always been interested in things popping out of the 2d surface using elements like gradient. The geometric structure of music and melody reaching out to us in a sculptural form is used to express the music and emotional journey of the two characters in Nodame Cantabile.

Dialogues of the male(Shinichi Chiaki) and female ( Noda Megumi) are used for the motifs. 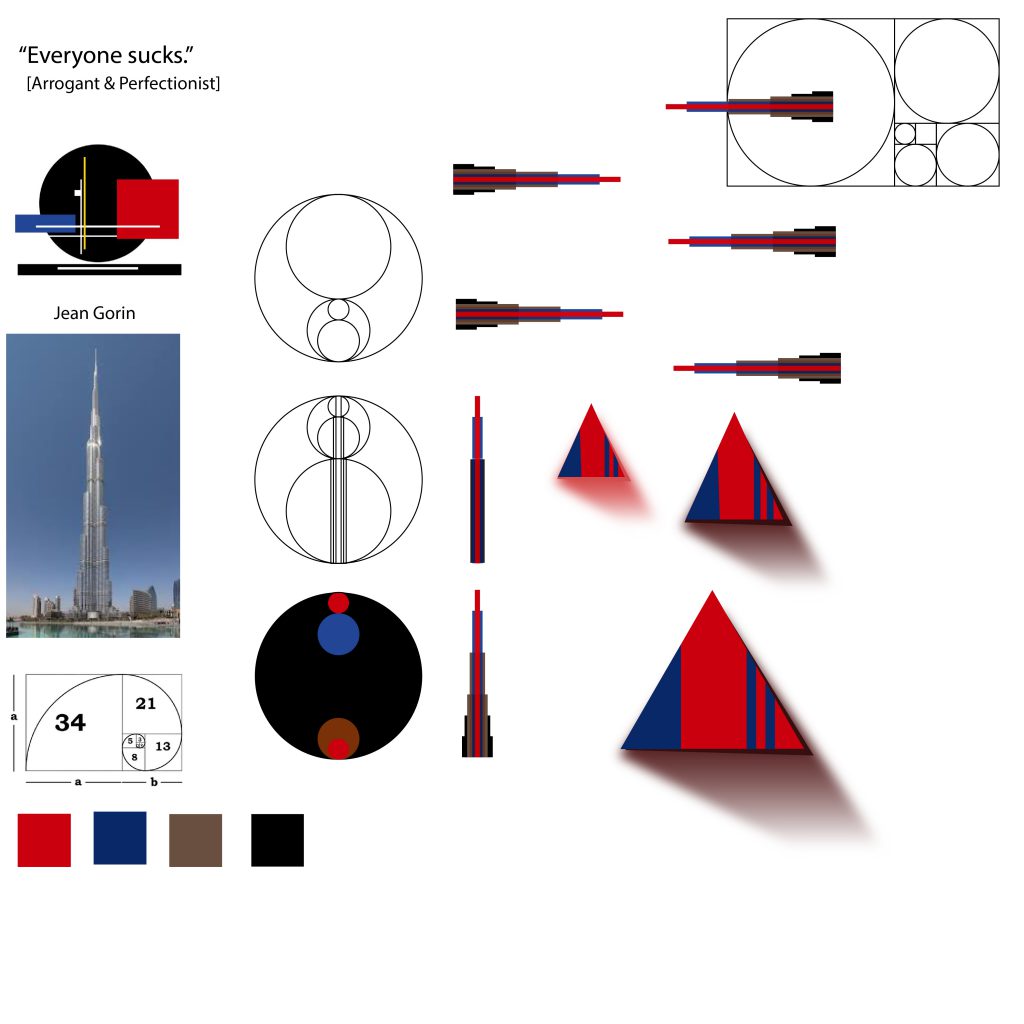 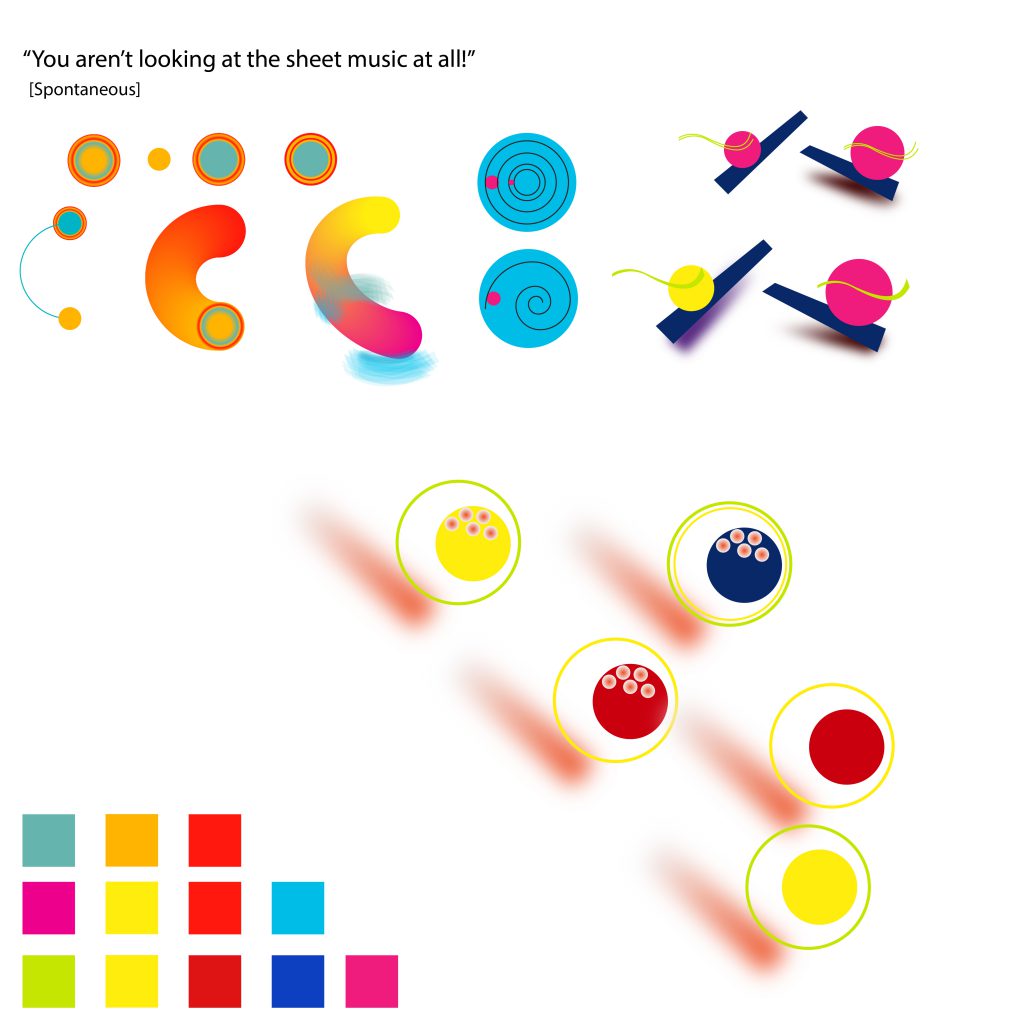 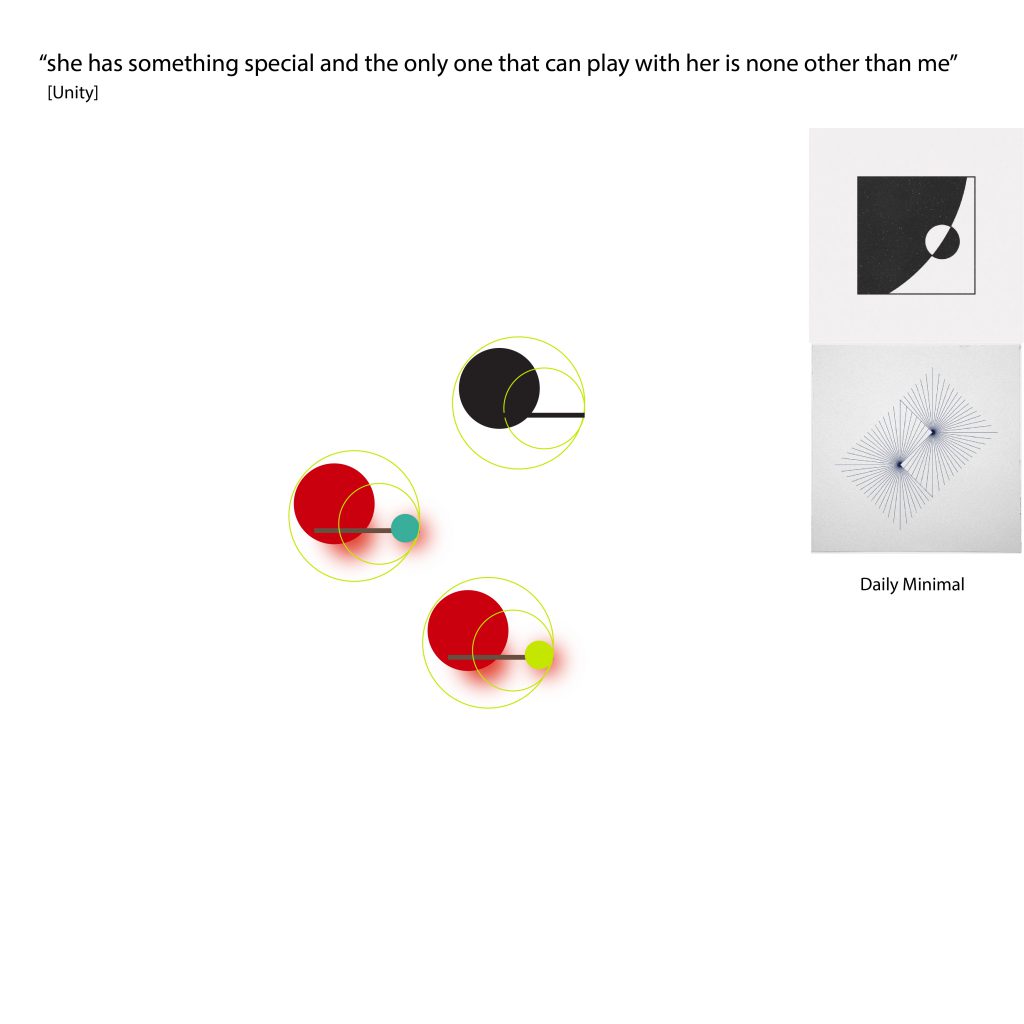 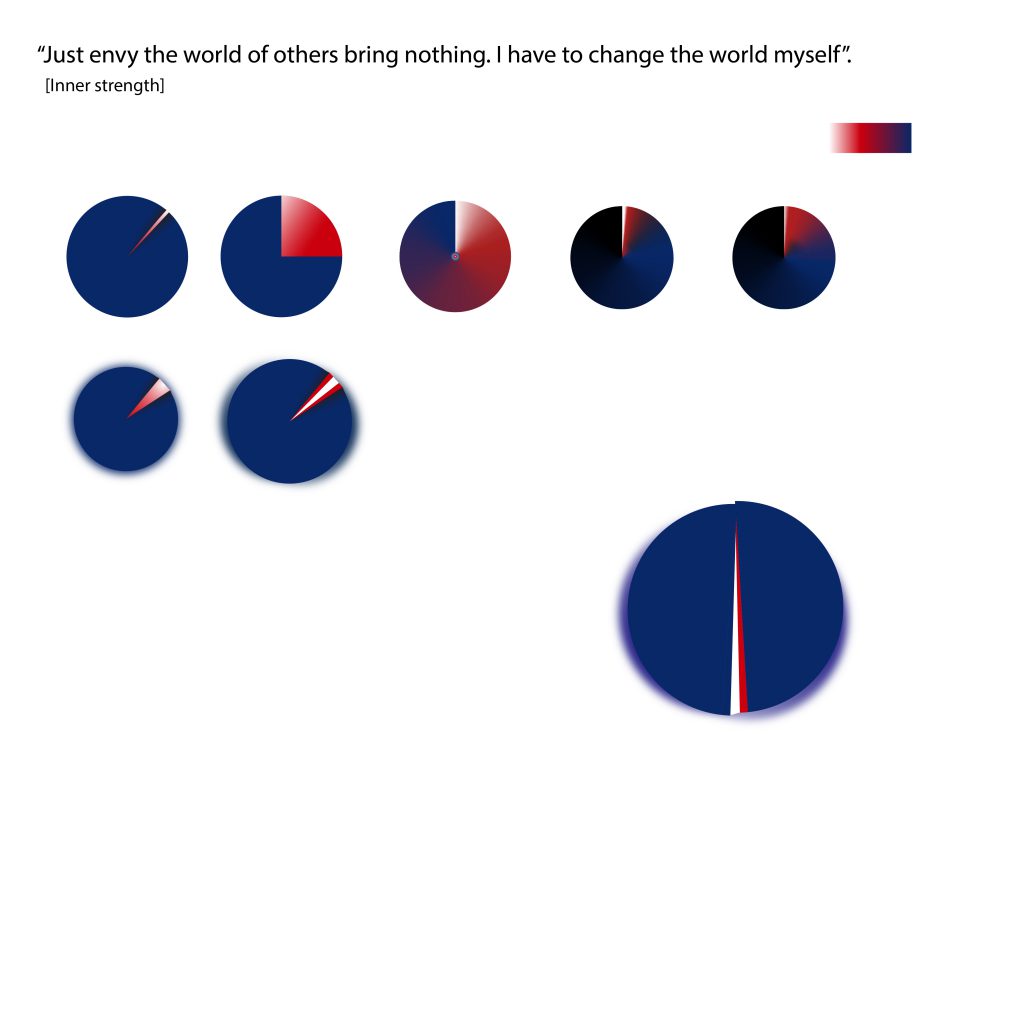 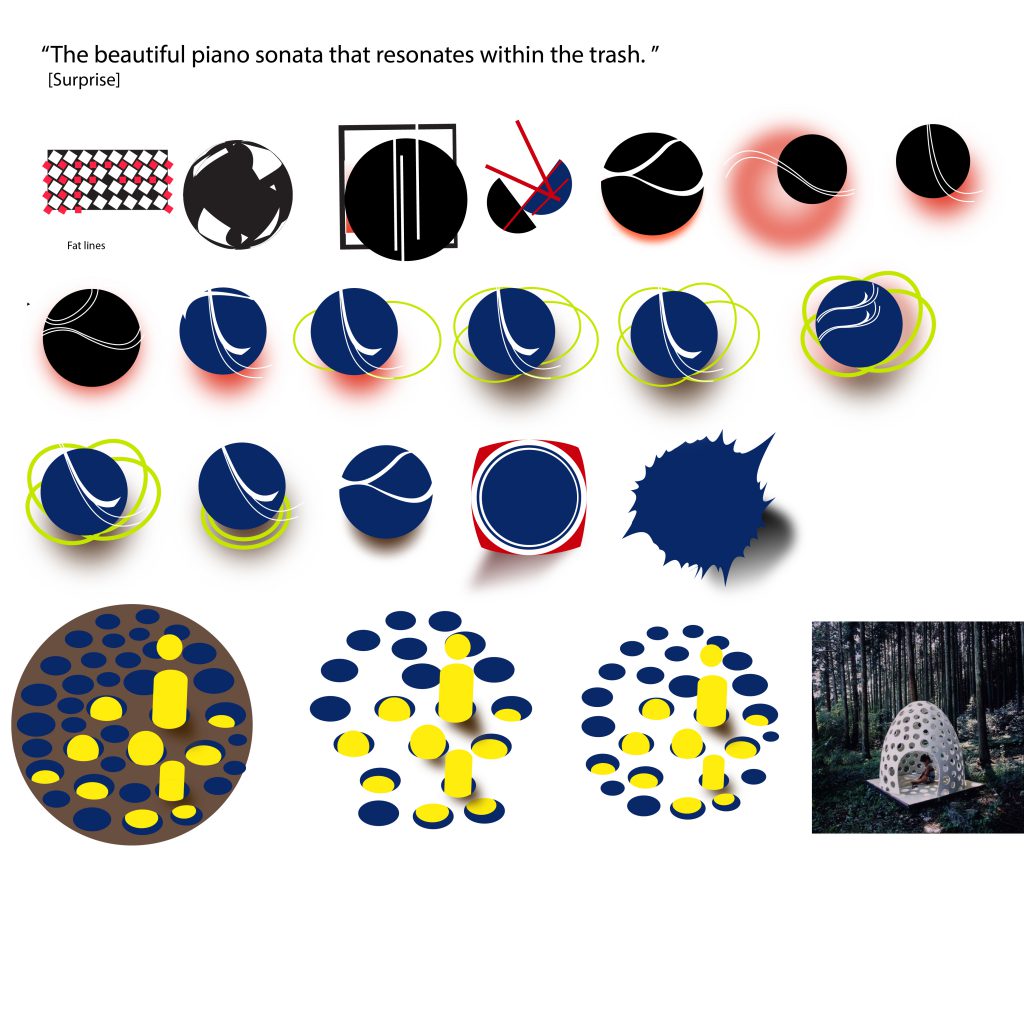 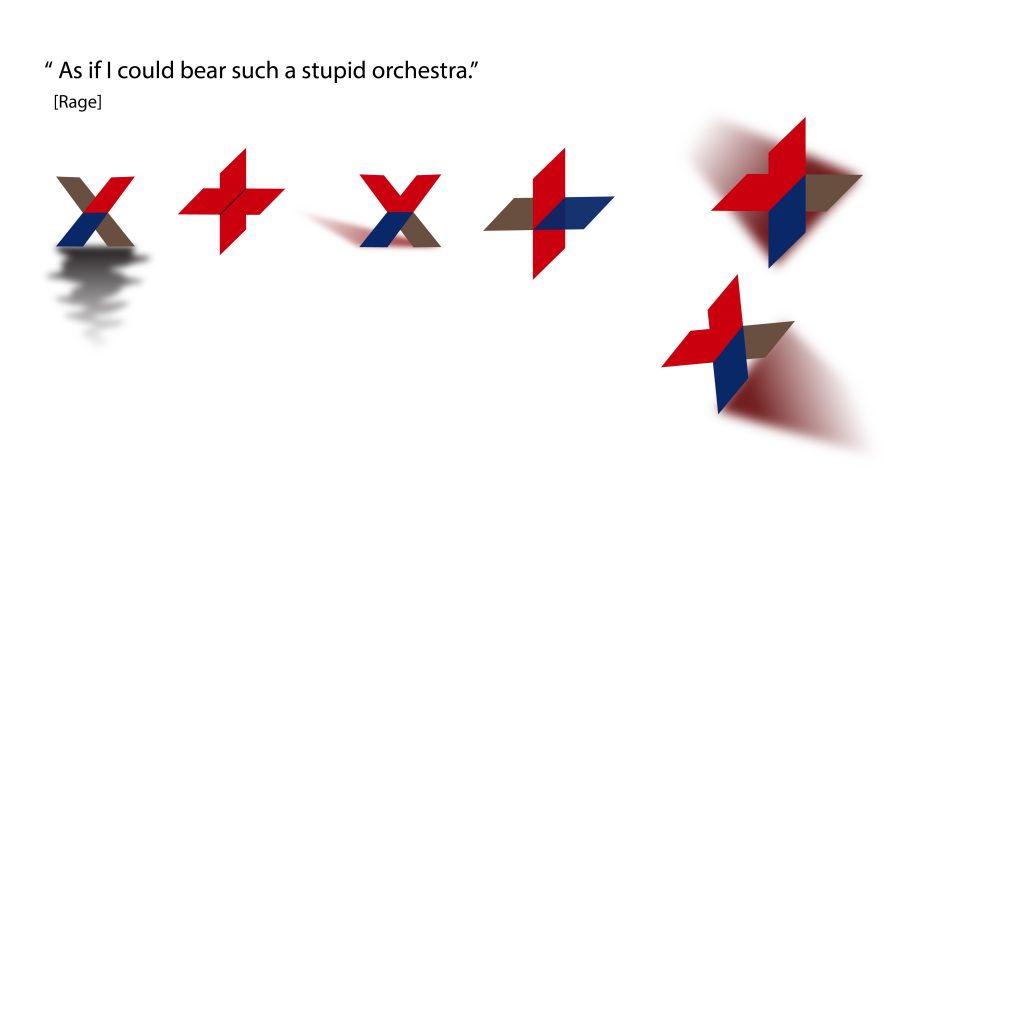 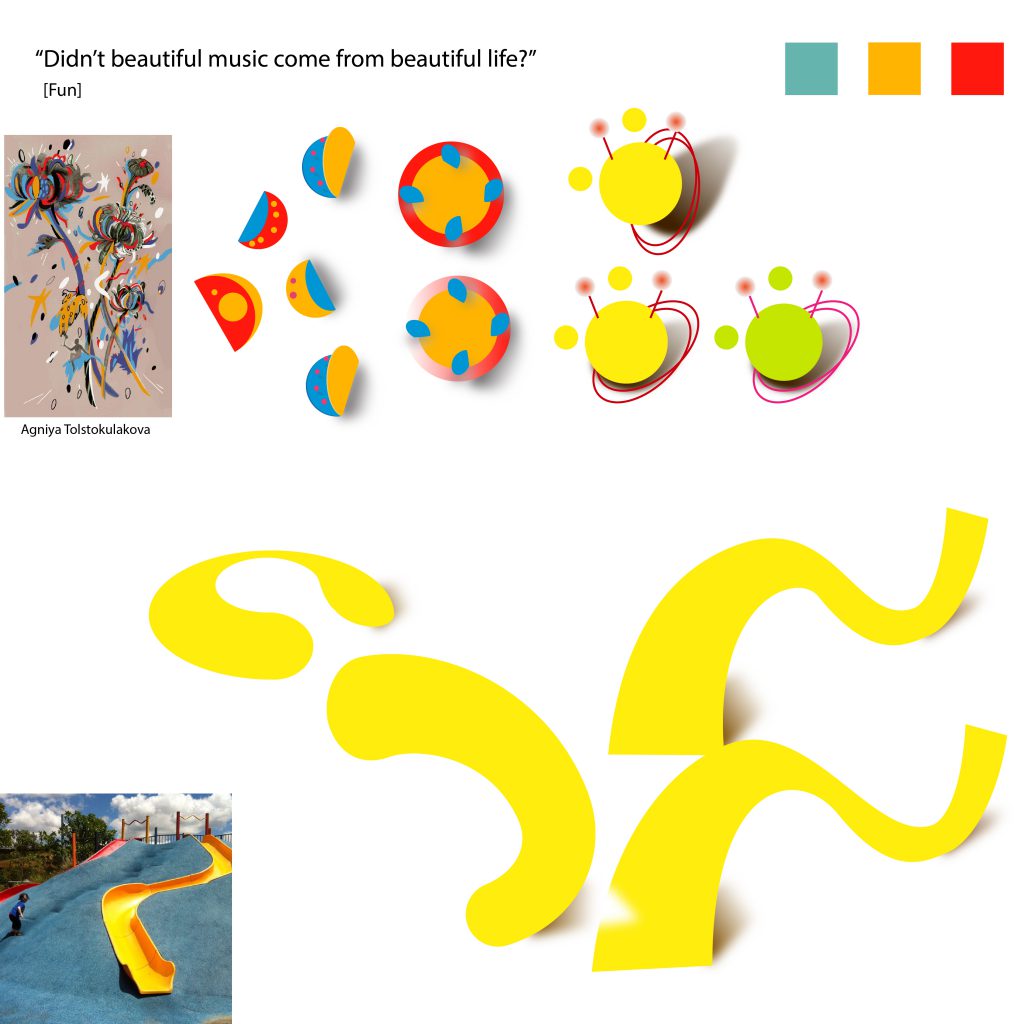 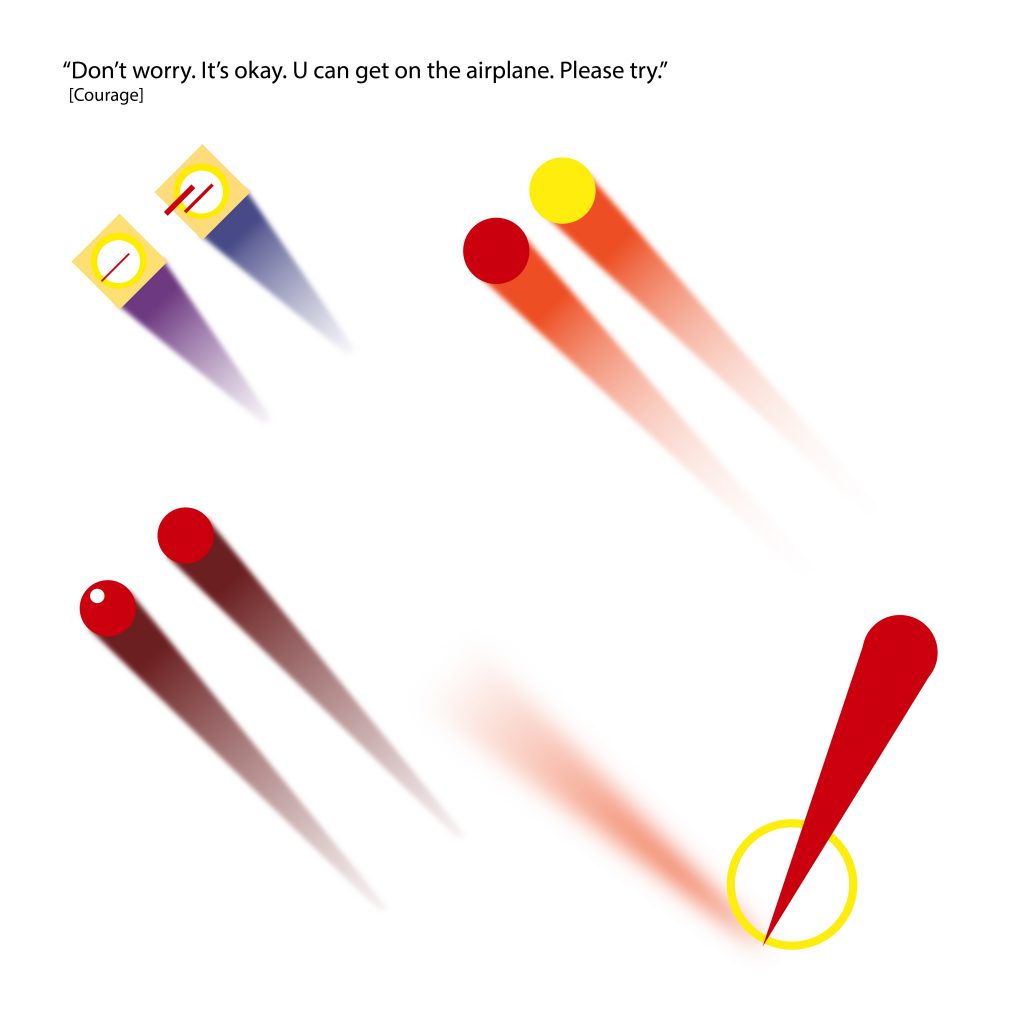 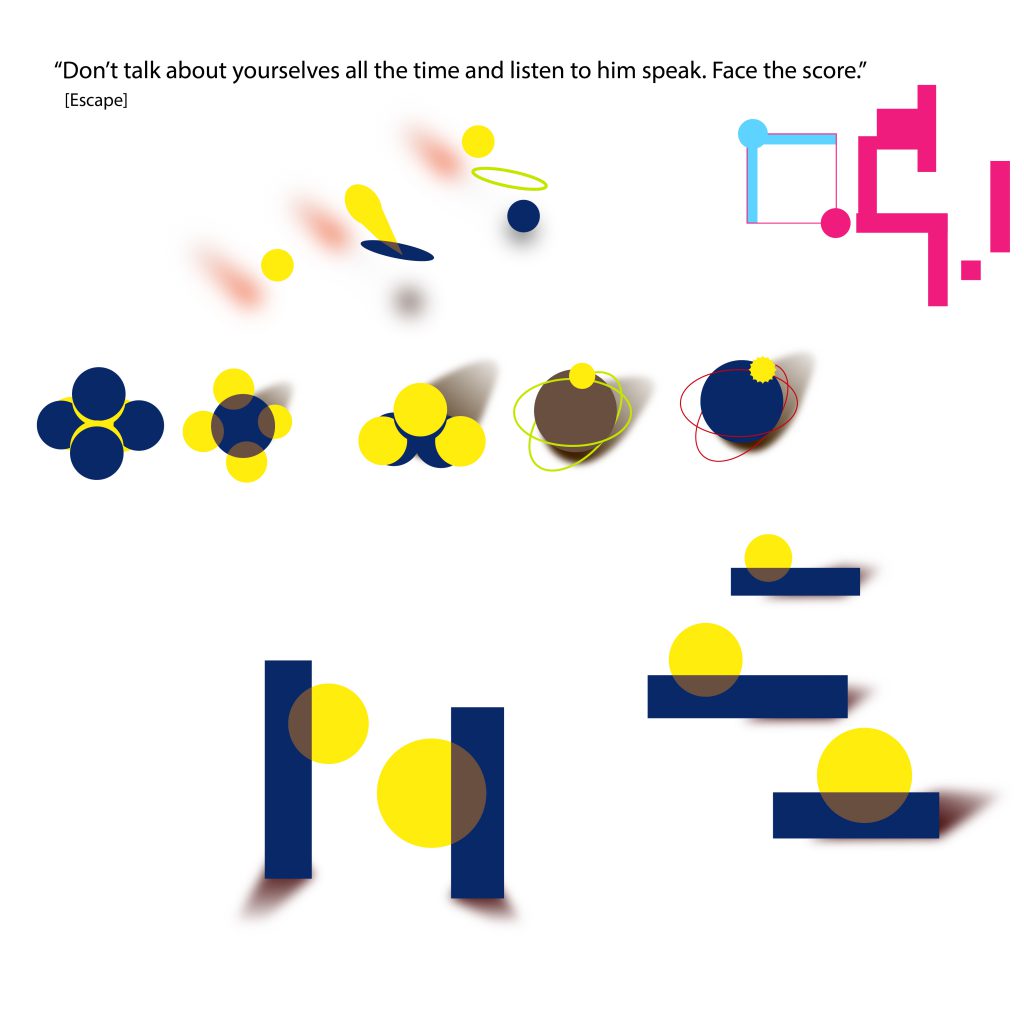 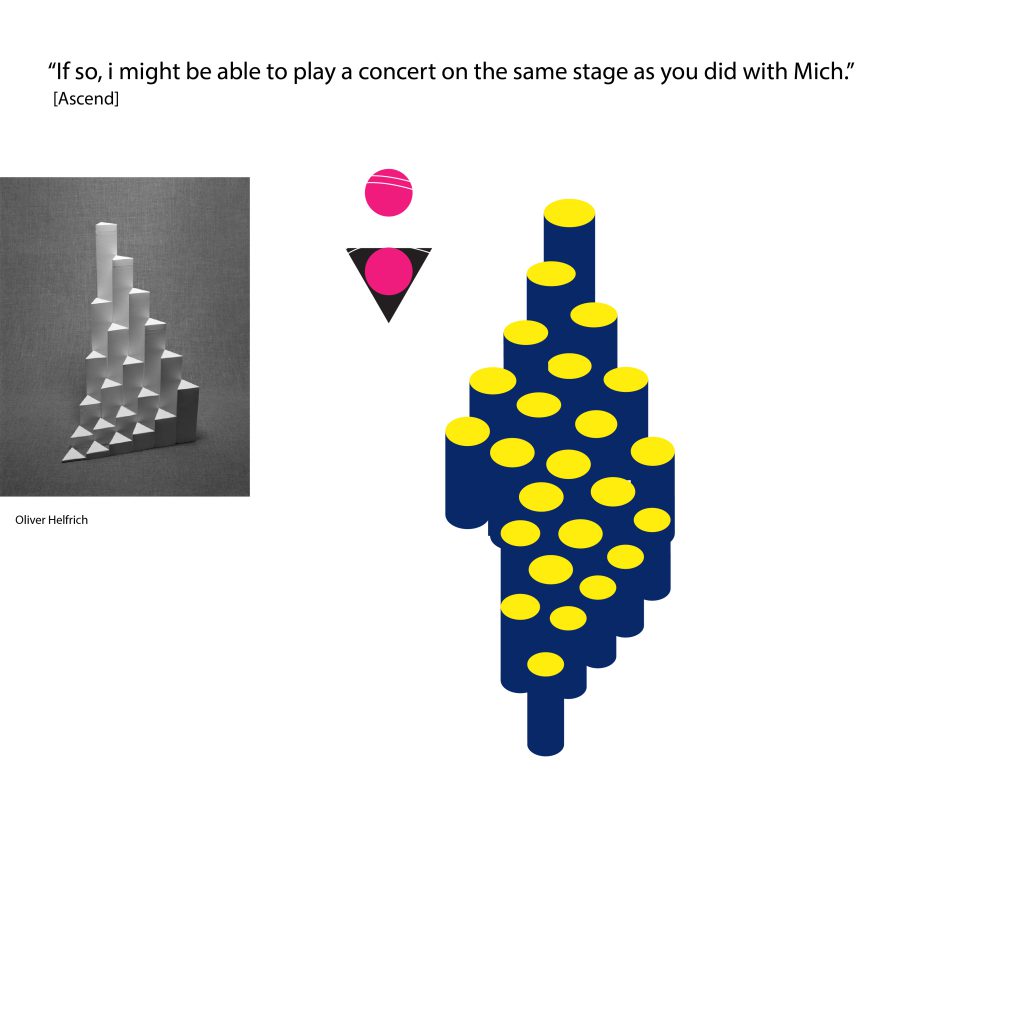 I tried doing swatches by repeating the motifs. 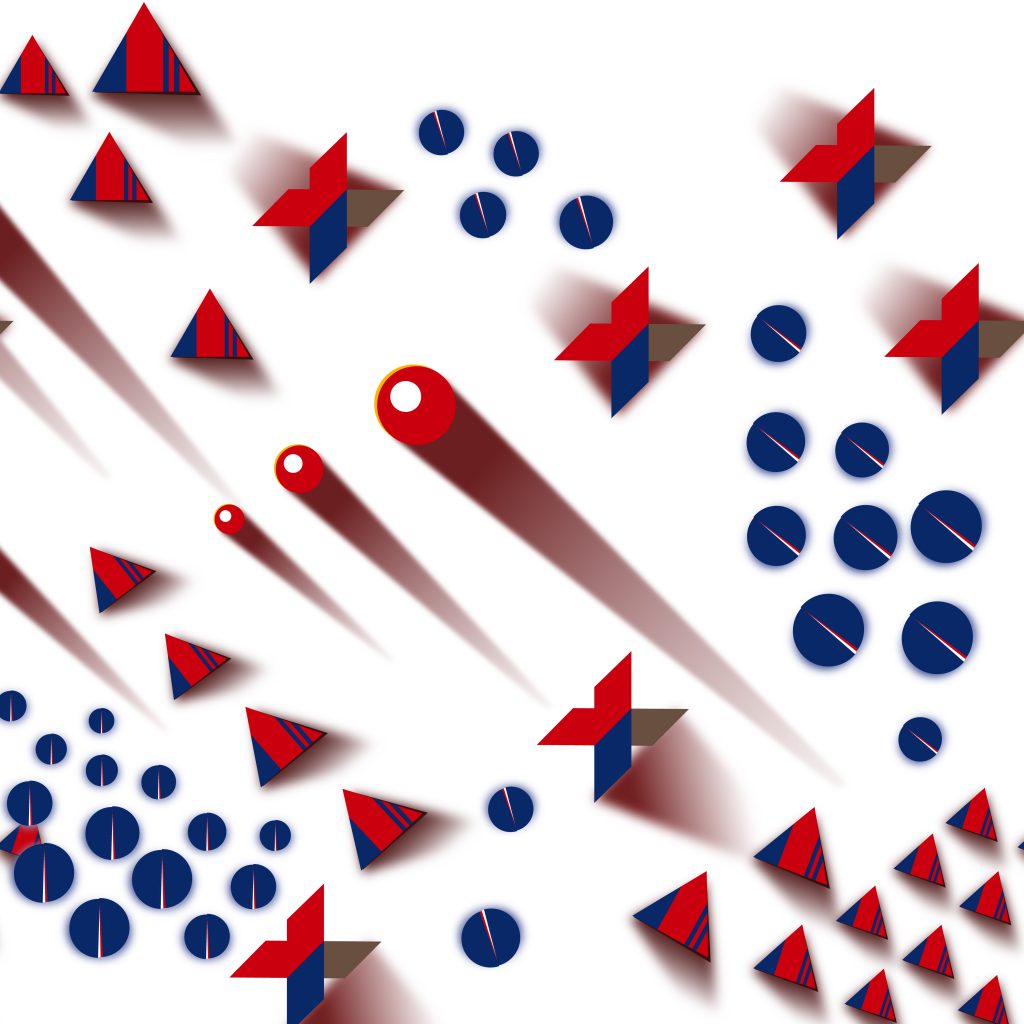 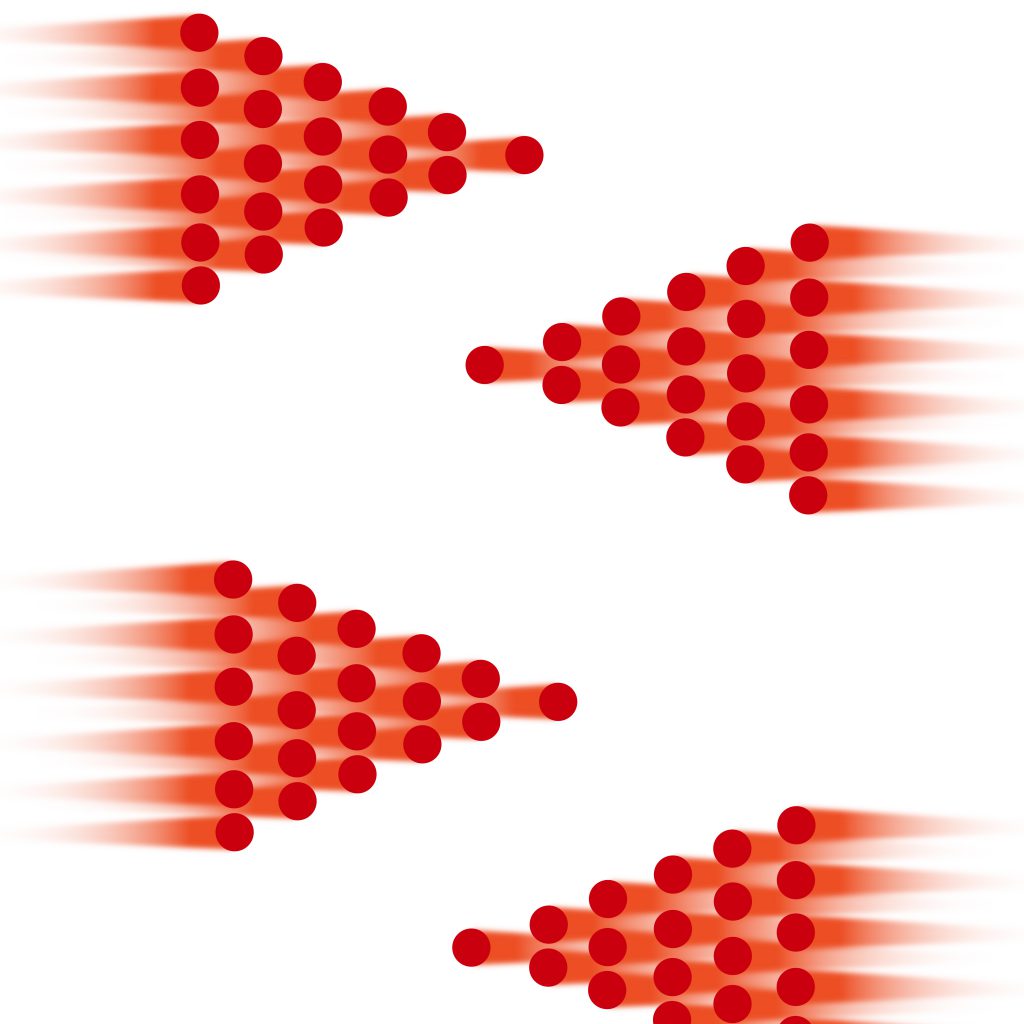 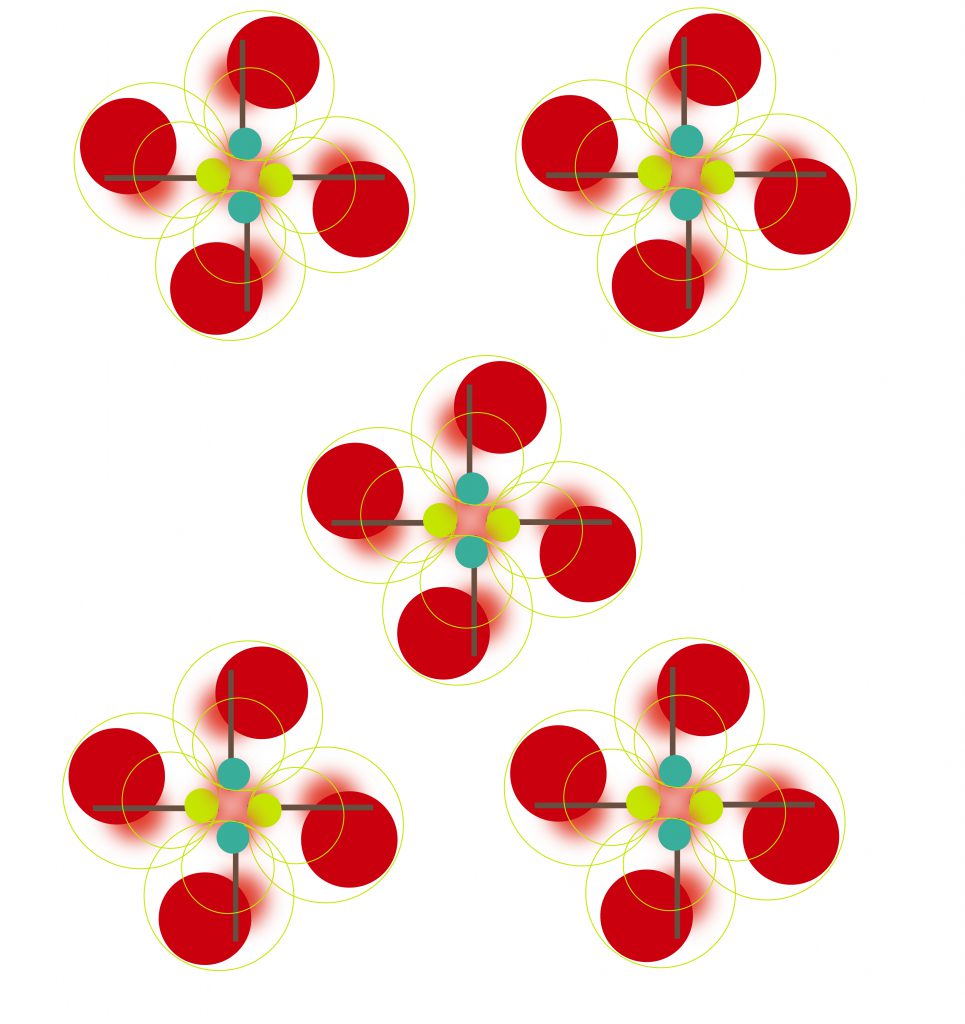 I started working on the banner starting from the first on the left. Ina adviced me to work with the contrasting element of roundness and sharp, jaggedness of my motifs and arranged them in a manner to best display their shapes. One of the artist references is Maurits Cornelis Escher. The banners’ sublimation effect of how organic flow to geometric is so cool and satisfying. I studied the way how he links things and tried to apply on my banner. 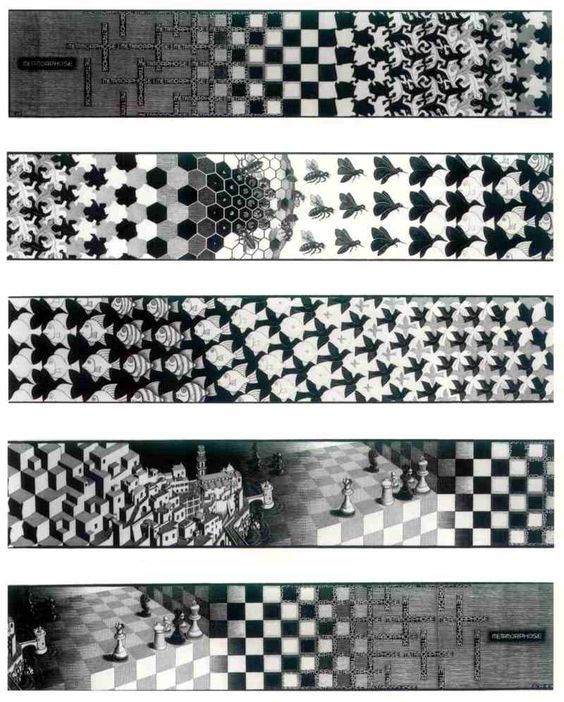 The subsequent banners are the actual scaled down size. 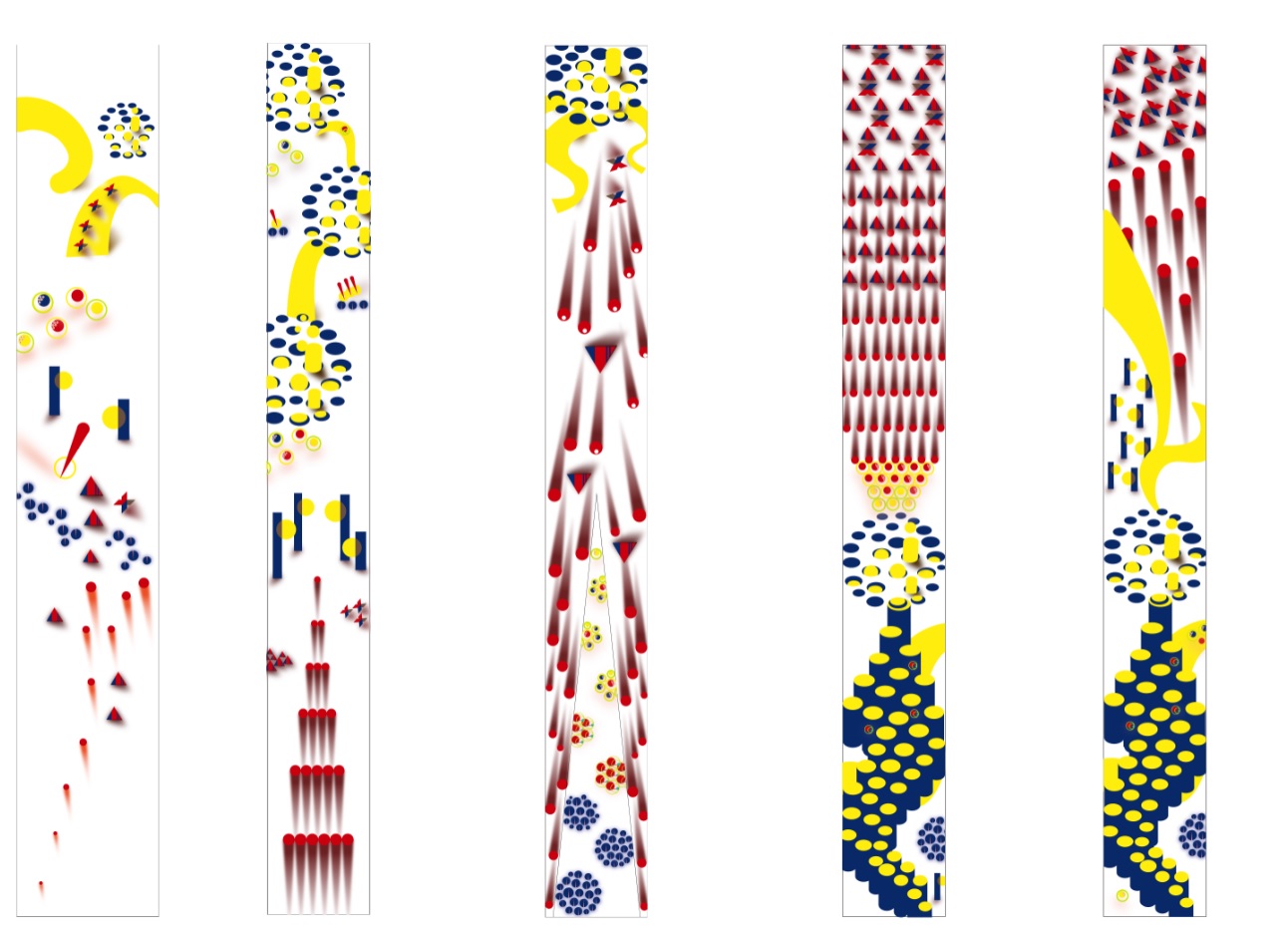 I will want to explore on the motifs’ colours . I think the round motifs could be more colourful to show the livelyness of the female character. 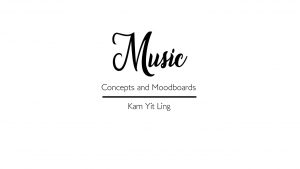 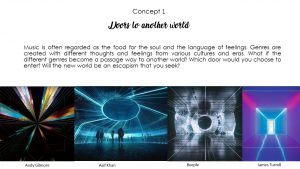 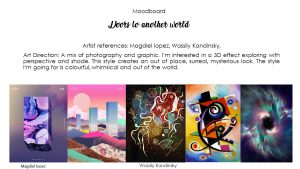 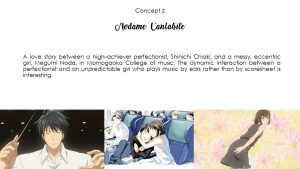 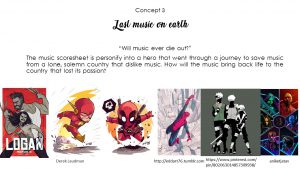 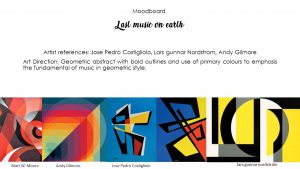 I have done the moodboard in Powerpoint, so it looks low resolution at first glance. Please click the picture for better resolution^^