I was initially very excited for this project on the possibilities of creating my own sounds as Ruyi showed us a video on how to create folley sounds. I was very enthusiastic and went around with zoombox recording various sounds. However i ended up didn’t use any of it. It turned out to be my most stressful project as i tend to overthink everything and felt very lost for what to do for the sound. After Yi Ling, my teammate, presented her video. I realised that i should start small and hence a new version with folley sounds film is created!!

Although its too late for submission, i had fun creating my own sounds and this film is close to how i envision the end product to be so here is it!

I will talk a bit about my original film as i missed out some points on the presentation day before talking about my new film.

First of all this is a class activity which has been blown into a full-scale project. Surprise, surprise! We grouped up into fours. My team consist of Yi Ling, Hui Min and Yu Qing. We were inspired by the well-used of non-chronological narrative from Memento.

Then we were going on the line of having a psychological horror film and all agreed on the curry murder idea. We proceed to shoot!

The panning of the house was actually the toughest. We tried out different method before reaching this method which give the most stabilized panning due to lack of budget haha! 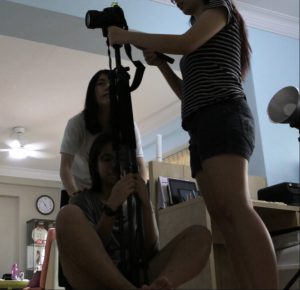 Hui Min as the stabilizer to secure the camera so it will be steady and give less “seasick” panning.

After sieving out the good and bad takes and shared among each other, we are all on solo mode now. Editing and creating sound are the main components for assignment 2.

The plot revolves around a couple’s argument that went wrong.That drove the husband crazy and killed the wife. Then the husband decided to COOK her bodies and serve her as curry “chicken”.

I decided to add my own take on this and give more reasons for why the husband killed her. In my story, the wife is more sophisticated and more educated as compared to the husband. She cheated on him yet acted so mighty and attacked on his weak point. He had an inferior complex on his lack of education so he really lost it when she cheated and called him “stupid”.

To separate between educated and less educated, i decided to give them different voice. I wanted an accent for the English speaking wife but i can’t find anyone who could do that so i decided to have a go at it and failed. Hence i differentiate them by one speaking in English and the husband speak in Chinese and Hokkien. I visualised the wife as a superwoman who is capable outside and inside. That’s why the husband is so clumsy at house chores like cooking and the first meal he cooked is his wife. So ironic.

I was inspired by Last Year at Marienbad where there’s lot of repetition in the narrative. Hence in my film, I focused on giving the husband more power and having his stream of conscious repeating things that matters to him which are family and his education. I made the word “stupid” the loudest and have a constant audio gain because this word is what really trigger him so it’s “nearer”, more personal and constantly ring at the back of his head. Hence his thoughts are louder than what he said in real life. 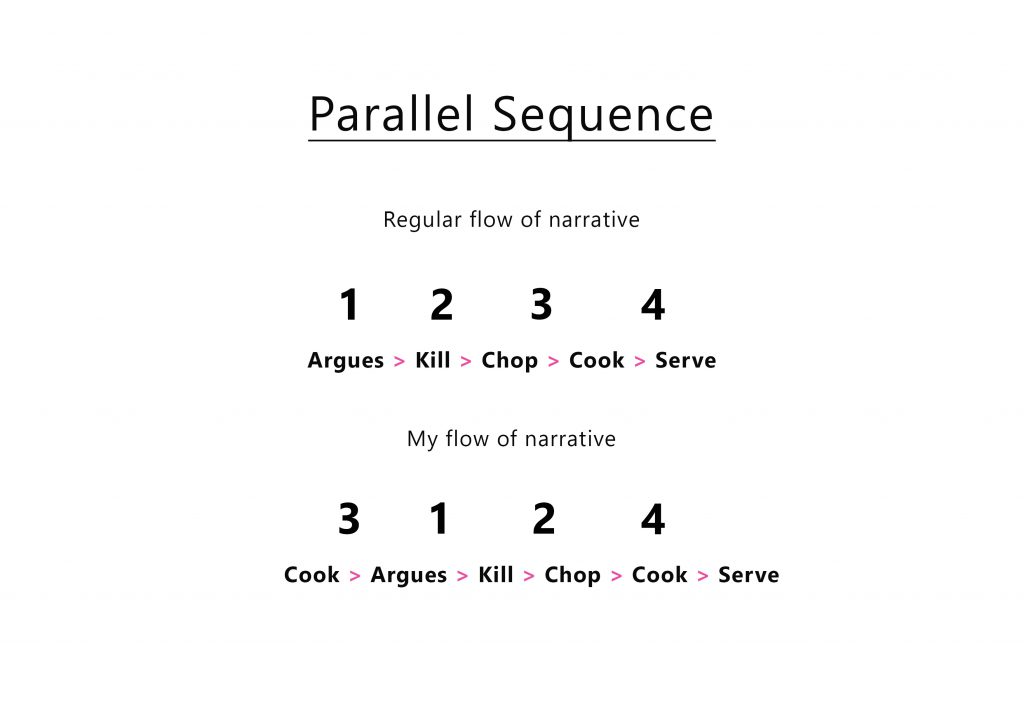 These are the additional portions i added into my new film.

For the speech, i wanted to play with the irony of this whole situation with the values of the husband. He’s the one who care about his family yet he commit this act. Hence i placed the dialogue like “how could you do this” on the wife murdered face. The phrase “you have a family” slowly evolve into eat family. The chinese word “Jia” for family can also mean eat in Hokkien.

She’s my favourite Asmr artist so if you like asmr be sure to check her out!!

I wanted some echoy music to express the flow of thoughts. Then i encountered this music and thought why not this? It a familiar song that can evoke people who watched pokemon to be amused and have a nostalgic feel. Yet when play against this, it distort their childhood song into a whole new meaning. Jigglypuff sings to put people to sleep like how the husband put his wife to “sleep” too.

Here to the most exciting part in my new film- the folley sounds!

The rest of the sound i did it in 2D lab. It was a spontaneous thing when i recorded all these sounds with my phone. The brackets are the starting time of the sounds. 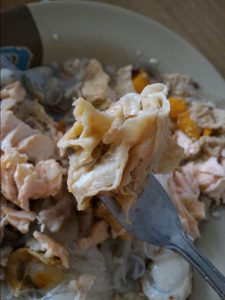 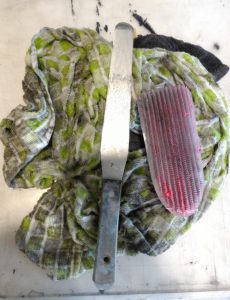 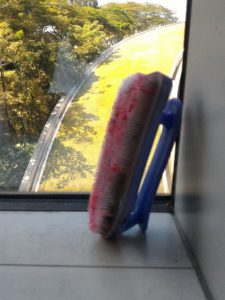 I’m done with this assignment yeah!!!

I shall leave with grace off to the final assignment! 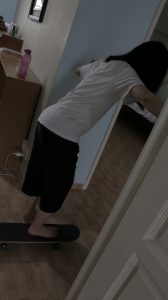