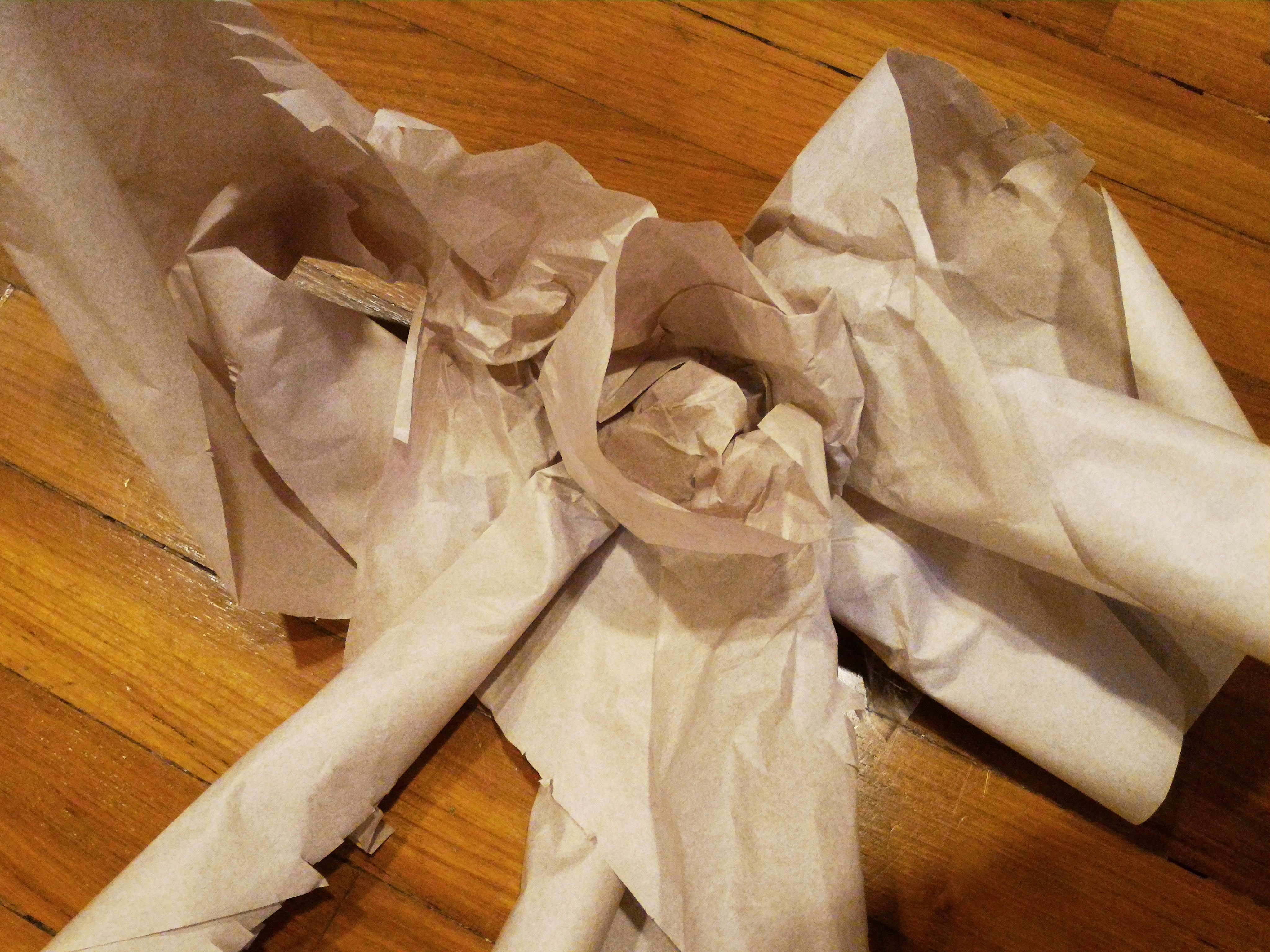 Yesterday we did kinaesthetic workshop in the dance room. The class performed movements like how our research animals would move. I came late so i missed out on it. So, this is me acting like a sea star in my room. 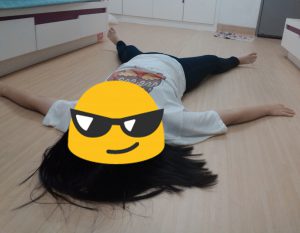 Since sea star move very slowly and there’s no food nearby, i will just suntan in my room. 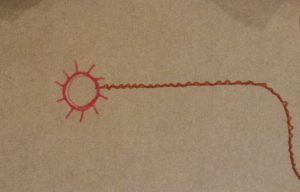 The brown slightly wiggly line is how starfish moves. With their eyes and touch receptors, they can sense if a prey is nearby. In this case, it’s a sea anemone. They will get closer by “crawling” using their tube feet. As they move really slow, i drew short wiggly lines to express the small movement they make. 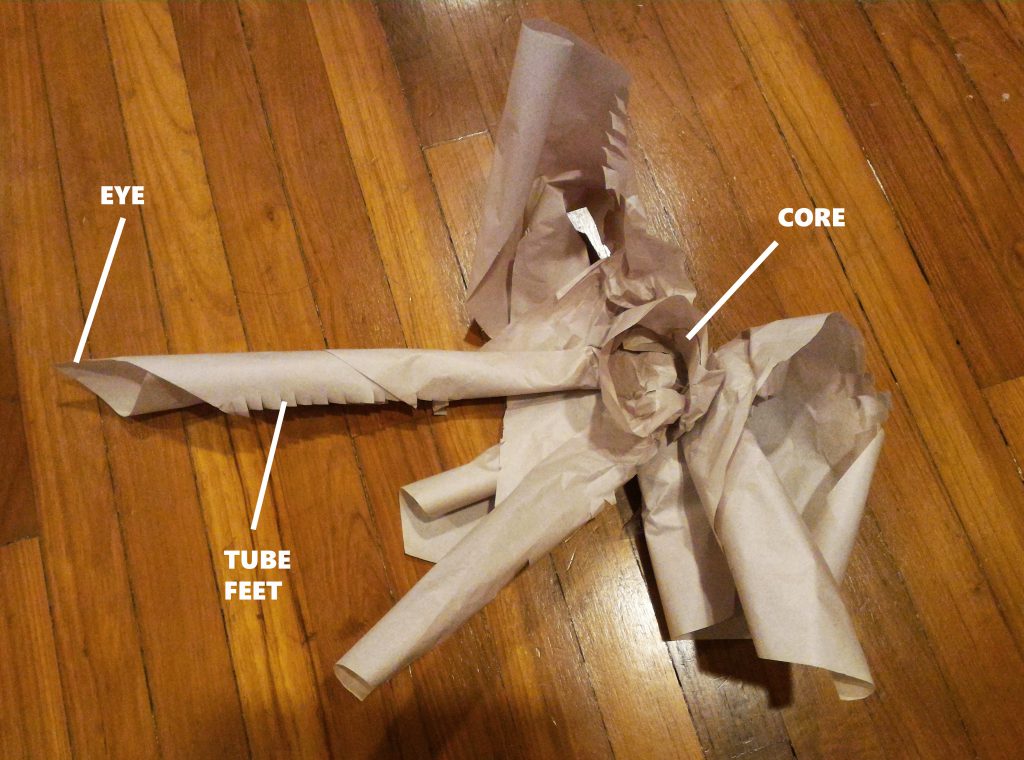 This is my sea star paper sculpture. There’s a little narrative going on in this piece. Firstly, there’s one limb on the starfish that is the most prominent. Its the limb with the eye. I made it very pointy so its like the eye directing the starfish, saying “I found sea anemone over there! Hurry, move closer and eat it up!” There’s how the rest of the legs are made to move in the direction of the eye. My starfish has lost a limb. Can you tell which leg is it?