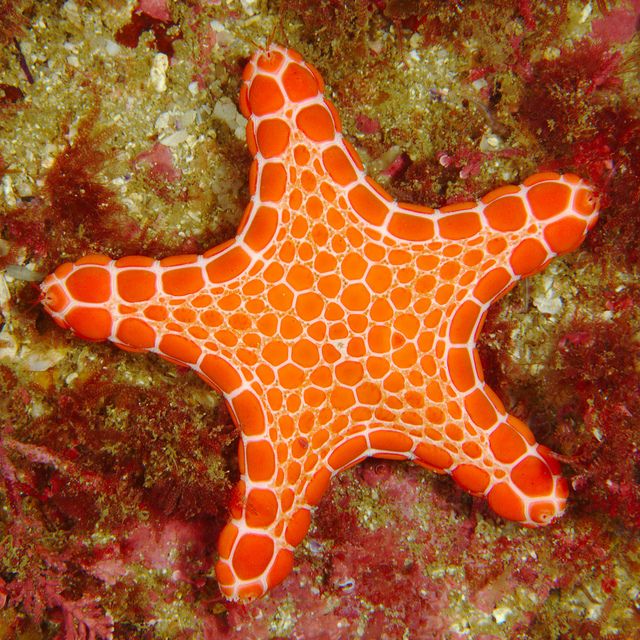 Im really excited for this project when i learned that we have to get our inspiration from animals. We drew lots and i got teamed up with Natasya and Amelia. Each of us had to research on an animal within the classified relationship of symbiosis, mutualism, commensalism, parasitism, etc. Our team decided to work on Sea Anemone and Nemo. Since this is a mutualism relationship, i decided to add some spice by introducing a new relationship. This is what i researched upon.

Eeeeekkkk! When the sea anemone wiggling away to escape, i was so grossed out. That aside, i never knew sea anemone and starfish could move. Hence, the animal i’m researching will be Patrick! The big boss in a predator-prey relationship. I realized parasitism doesn’t quite explain their relationship well because for it to be parasitism the organisms would have
to live in, on, or near each other while one creature benefits and one is harmed. 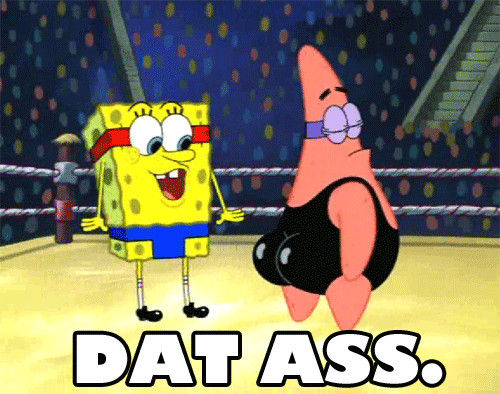 This video explains everything we have to know about starfish’s anatomy, movement, etc. My job here is done.

I will explain a bit more on the structure, movement, hunting and senses of starfish.

Sea star or more familiarly known as star fish is an echinoderm, which is an invertebrate that has a proportional radial body. They lack brains and have absolutely no blood. They live by pumping seawater through their bodies to deliver nutrients, oxygen, and other essential fluids. But even without actual red blood, the starfish still has a circulatory system with a heart that constantly beats at a rate of 6 times in one minute. They have tough leathery skin, which protects them from most predators, and many wear striking colors that camouflage them or scare off potential attackers. 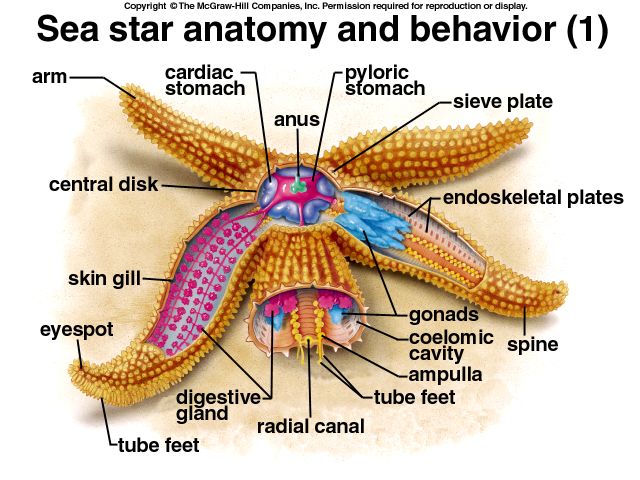 Sea stars are like zombies. They can rip off their limbs and in some cases, entire bodies, with the purpose of either escaping from predator or reproducing asexually. They can regenerate their limbs by housing most or all of their vital organs in their arms. Some require the central body to be intact to regenerate, but a few species can grow an entirely new sea star just from a portion of a severed limb. 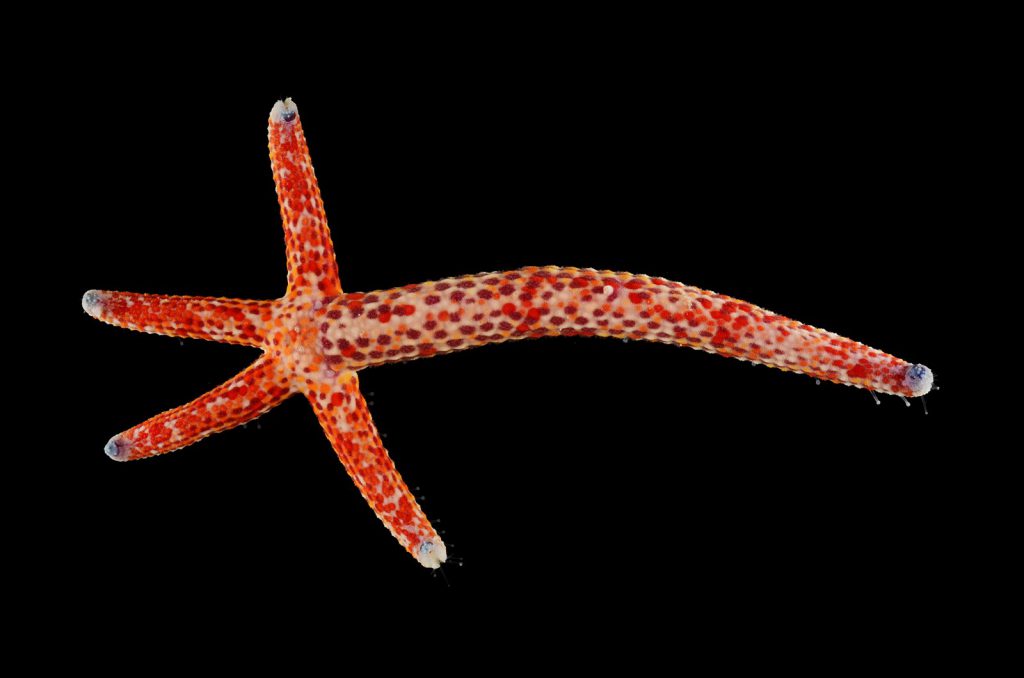 I wish corn also have regeneration ability so i can eat non-stop. Why only creatures have this ability and not crops? Like that farmers don’t have to work so hard under the harsh sun. 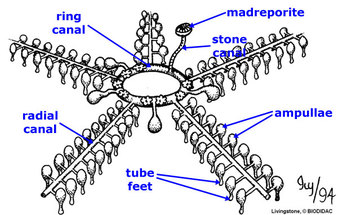 The ring in the center is the Ring Canal. It’s in the central part of the starfish. A Radial Canal runs down the length of each ray, with a row of ampullae and tube feet on each side of it. The ampullae prevents water from flowing back to the radial canal. Also coming off the Ring Canal is the madreporite. The madreporite is like a sieve or strainer, and filters out particles in the water. It allows the water to enter the water vascular system from outside the starfish. 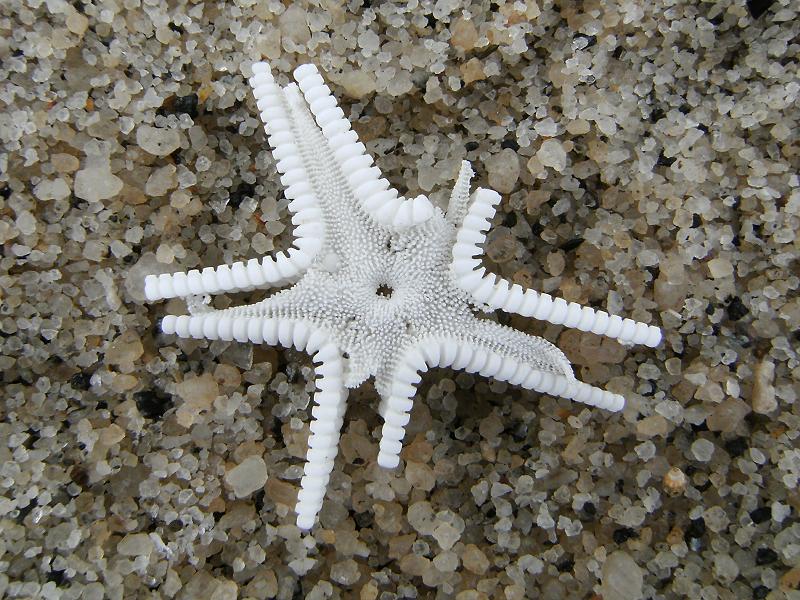 Starfishes are slow-moving creatures, some can actually just cover a distance of less than 10 inches in a single minute. Beneath it, there are numerous rows of small tubes which serves as the feet of the starfish. The vascular system of the starfishes regulates the pressure of the water that exits the legs. As water goes out, the legs are lifted upwards while some of the legs create suction to adhere on their next small steps. At the tip of each tube foot is a suction cup which is only used when walking up sheer surfaces. In a way, their legs actually do the walking motion but they release water and latch on to the surface of the ocean to create traction.

You can see the stark difference in speed between starfish and nemo. And i think the starfish just pooed…

Their feet can form a glue that will bond indefinitely with a rock or prey item, with an adjacent tube releasing a solvent to undo the bond once the star is ready to move on. 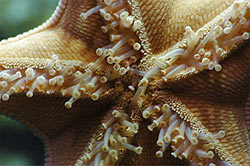 Most starfish have eyes on the tips of their arms. It’s a tiny red nub, barely half a millimetre wide. It’s usually exposed, but the starfish can retract it into the arm if danger threatens. 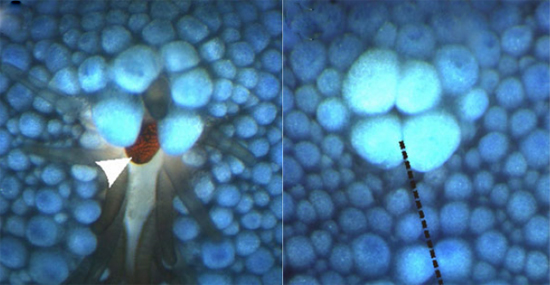 These eyespots are not as complex as other animal’s eyes because they are only contains light-collecting units called ommatidia and lack of any lenses to focus light onto the underlying cells. Each eye has a fairly large visual field that extends over 210 degrees horizontally and 170 degrees vertically. Since the starfish has five of these eyes at the end of its flexible arms, it can probably see in every direction at once. However, its vision is rather poor. It’s colour-blind, and sees the world only in shades of light and dark. Its light-detecting cells work very slowly, so fast-moving objects are invisible to it. Starfish doesn’t need to see colours, details, or speedy objects, because it mostly uses its eyes to detect coral reefs.

On each limb, there may be 10000 over tube feet attached underneath. These tube feet are very sensitive to touch and sensation. These touch receptors can sense pressure, temperature and pain much and also help in determining the temperature of the water so that they can move away from the temperatures that are not suitable for them.

The spines on their backs are also equipped with chemoreceptors, which give them the extremely well-developed sense of smell they use to hunt prey and avoid predators. They can even determine the direction from which it is coming. The starfish then sets off to catch its prey, slowly and deliberately, following the direction of one arm.

Starfishes begin hunting their prey through their keen senses. They can actually detect the presence of a prey’s odor. So when their senses detect prey, the legs begin to act and move to that direction.They are usually slow predators that take advantage of other animals that are slower than them or stationary. If the prey is larger than the size of their mouths such as clams, they use their tiny, suction-cupped tube feet to pry open them. Using pressure exerted by the water vascular system, the cardiac stomach can be pushed outside of the sea star’s body and inserted inside a shellfish. The stomach then envelops the prey to digest it, and finally withdraws back into the body.

For more informations, check out these links.

« Dialogue in the Dark Kinaesthetic Workshop »