The removal of fabric cellulose fibres with a chemical.

After the silk has dried, I ironed it for quite long. However, I did not see any visible changes. I sprayed some water to speed up the ironing process. Some portion has turned brown instead. After ironing for a long period, most fibres were removed by the heat. Those portions that weren’t removed were scrubbed out. 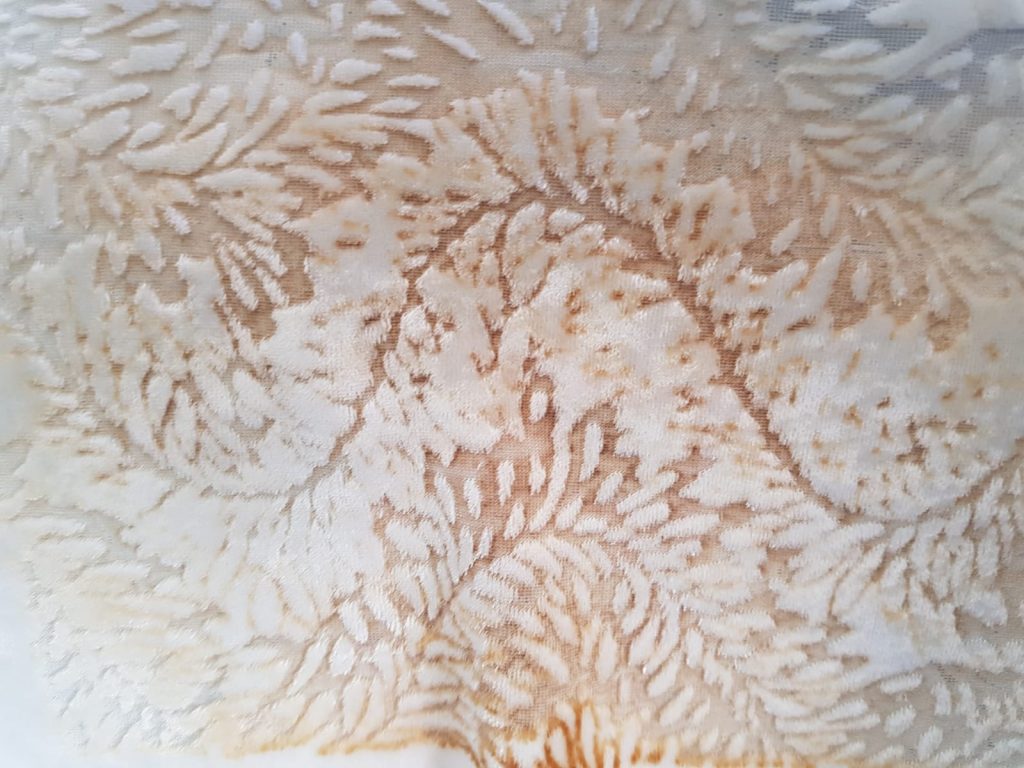 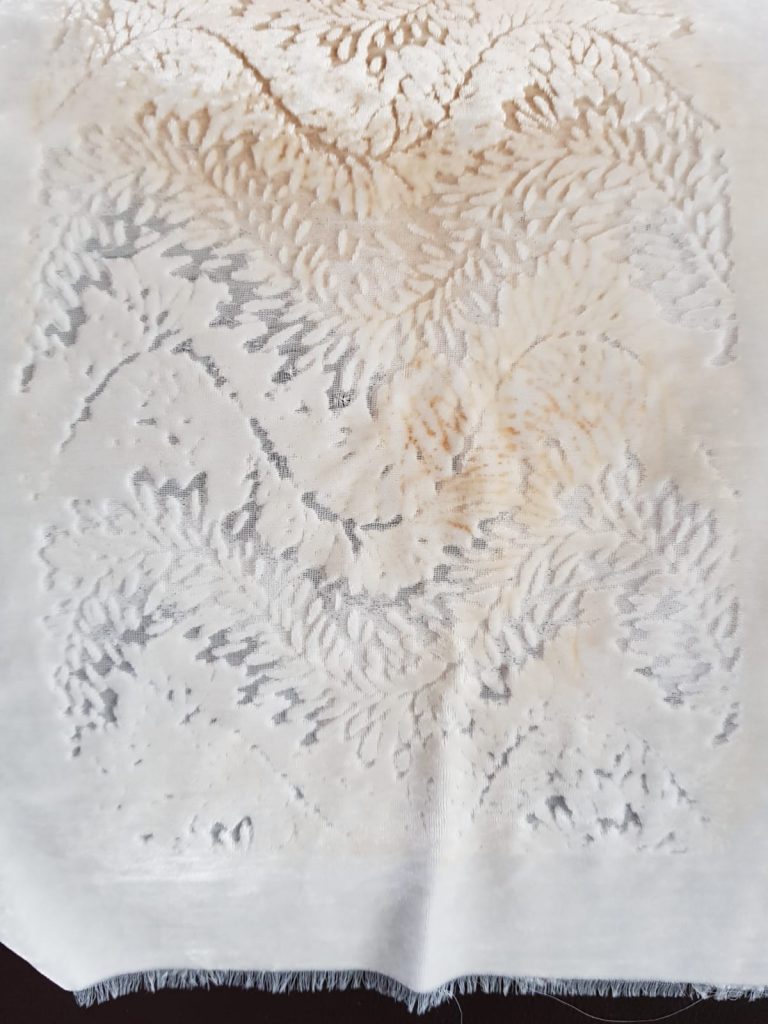 It was difficult to scrub out all the fibres completely. Perhaps the ink did not pass through fully at this area or a stiffer brush is needed. 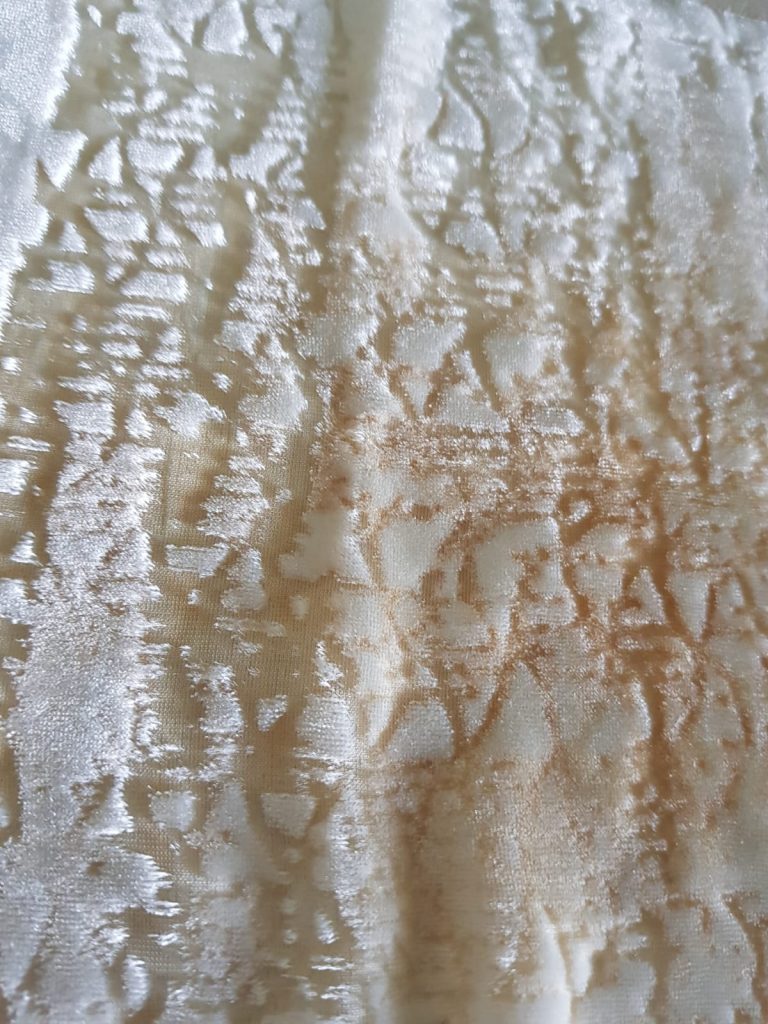 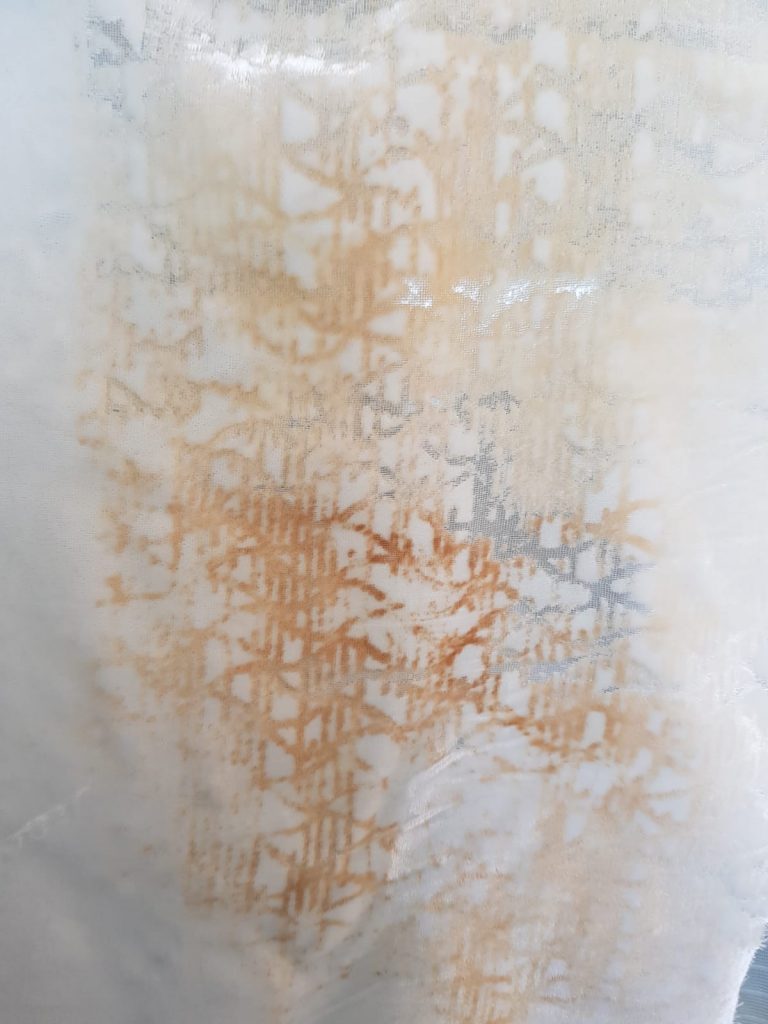 Likewise, the same thing happened here. The portion where is clean can be seen through. The charred surface interestingly smelled like caramel.

It takes a huge deal of patient to iron this. At one point, I was wonder if I could lightly scorch the surface with a lighter. I fear I might set my house on fire so I did not do it. If the process of revealing the textures is much faster, it will be better. The bumpy textures are nice to touch. 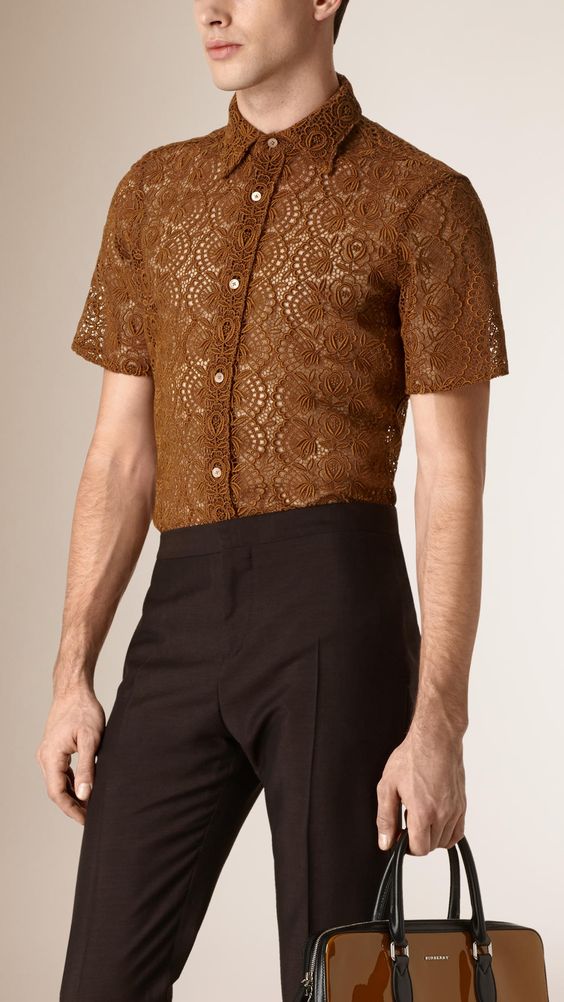 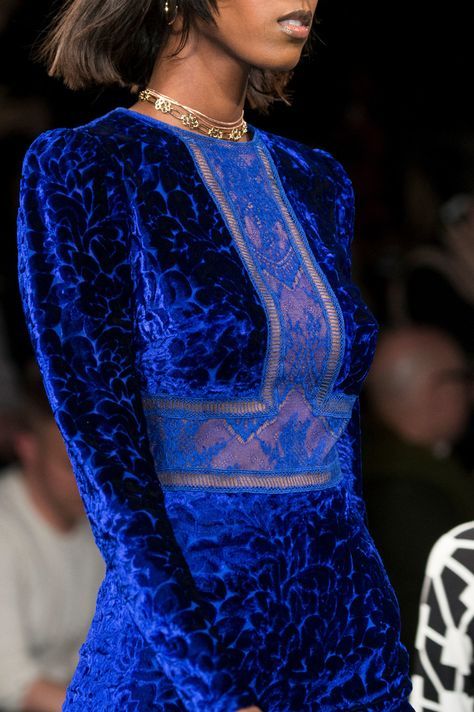 Resin pattern can be formed by adding liquid resin and various objects into the mould before it hardened.

I collected some flowers before the class and press them to dry. After adding them to resin, I realised that they went through further decolouration.  The flowers are kept for a few days and turned pale white or brown once dipped into the resin. Time seems to freeze the ageing process.

My mould is all vacuum formed. 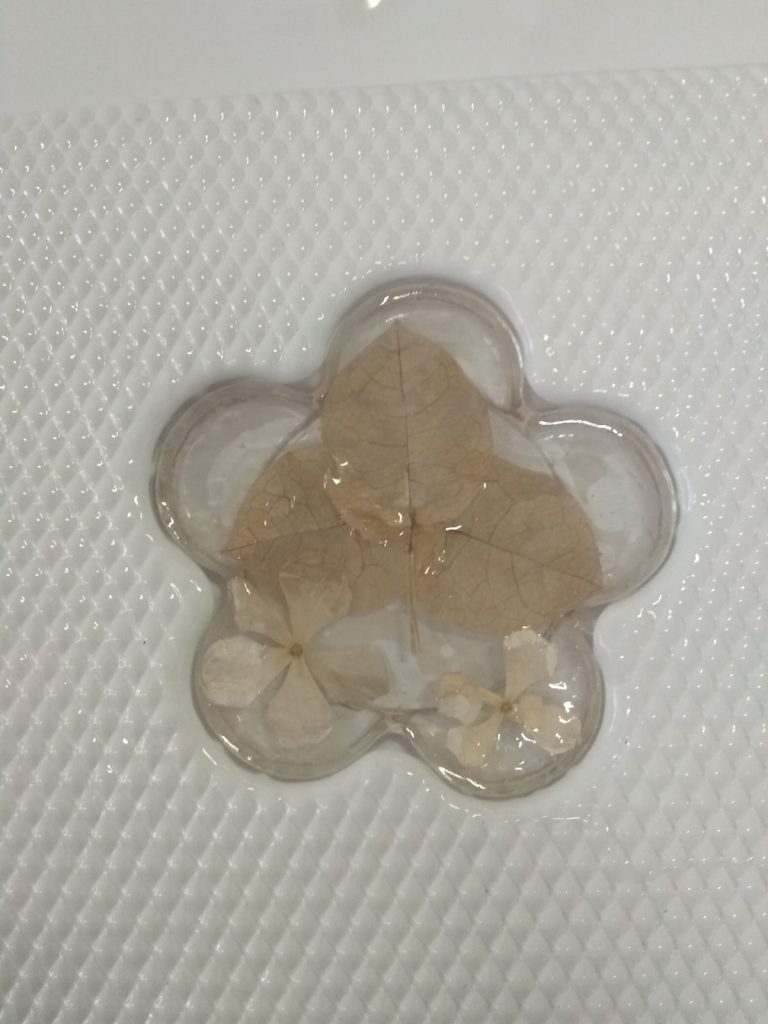 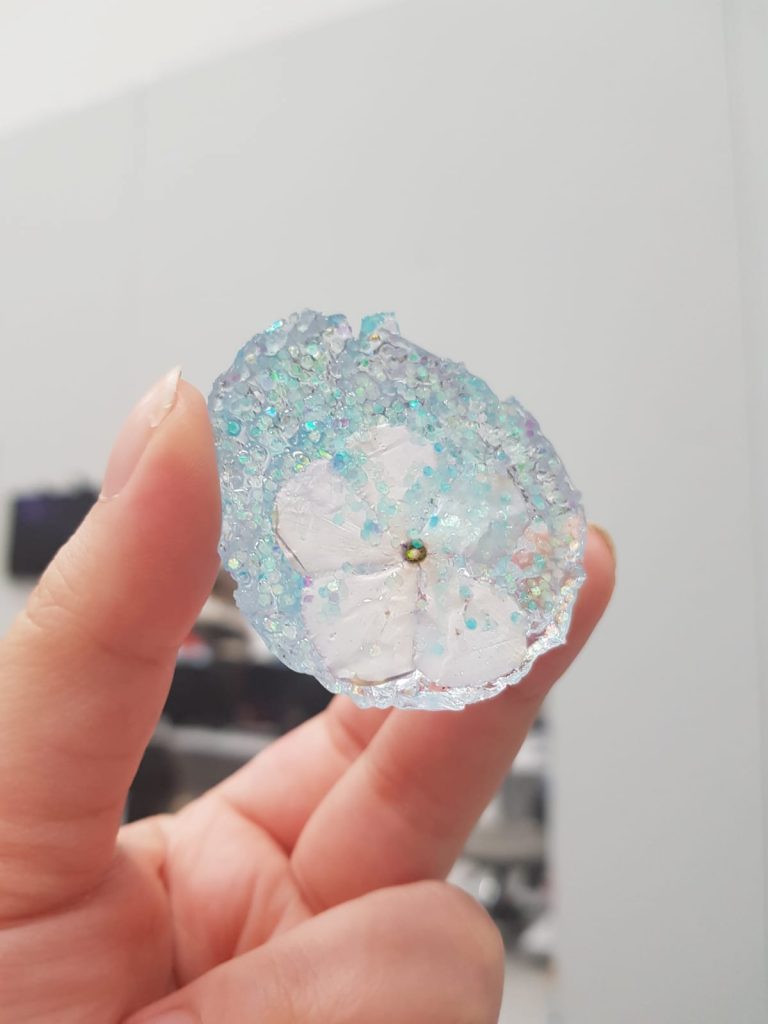 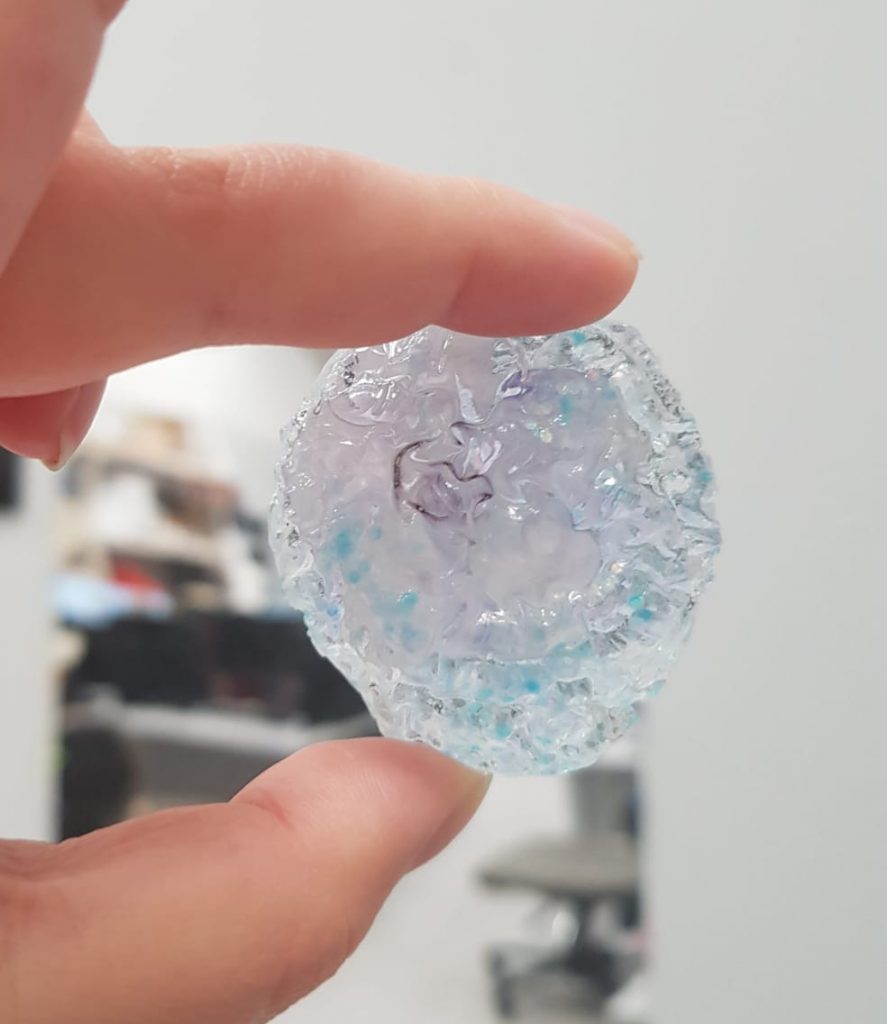 The mould is created with small metal scrub. The texture is captured with the resin. The front surface is bumpy and the object could only be vaguely seen. If many colours are added within, this blurry effect will look like stained glass. 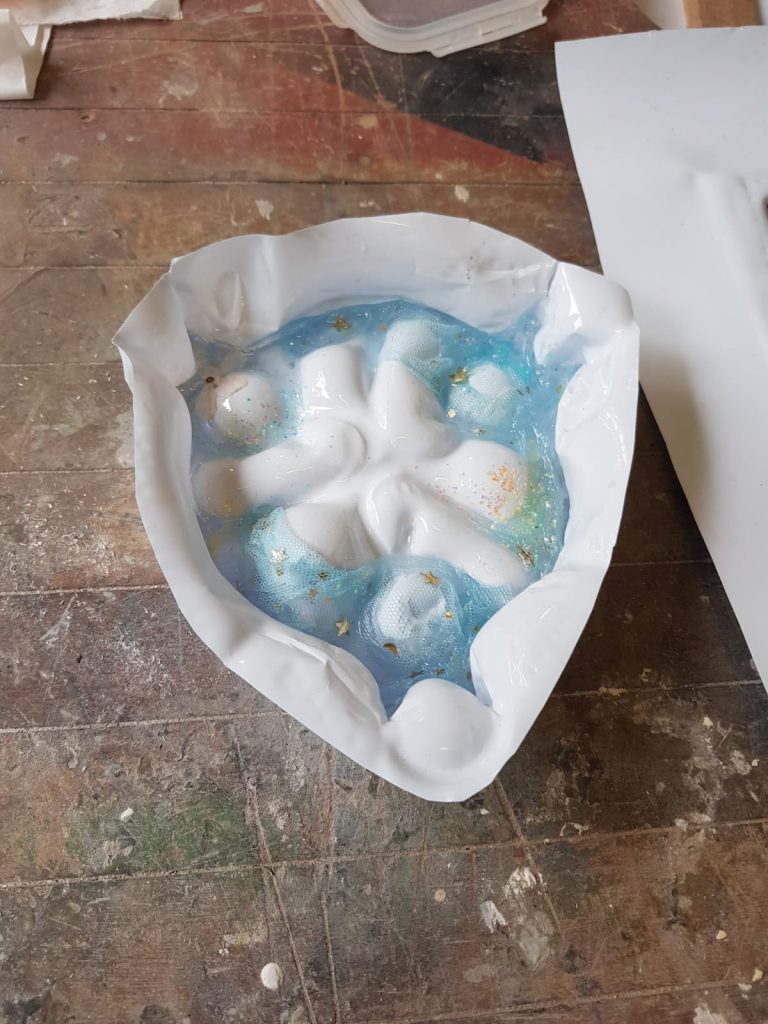 Next, this large dish is made with a plate coaster. There was not enough resin to cover up everything. 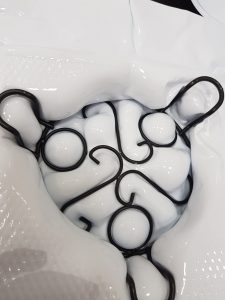 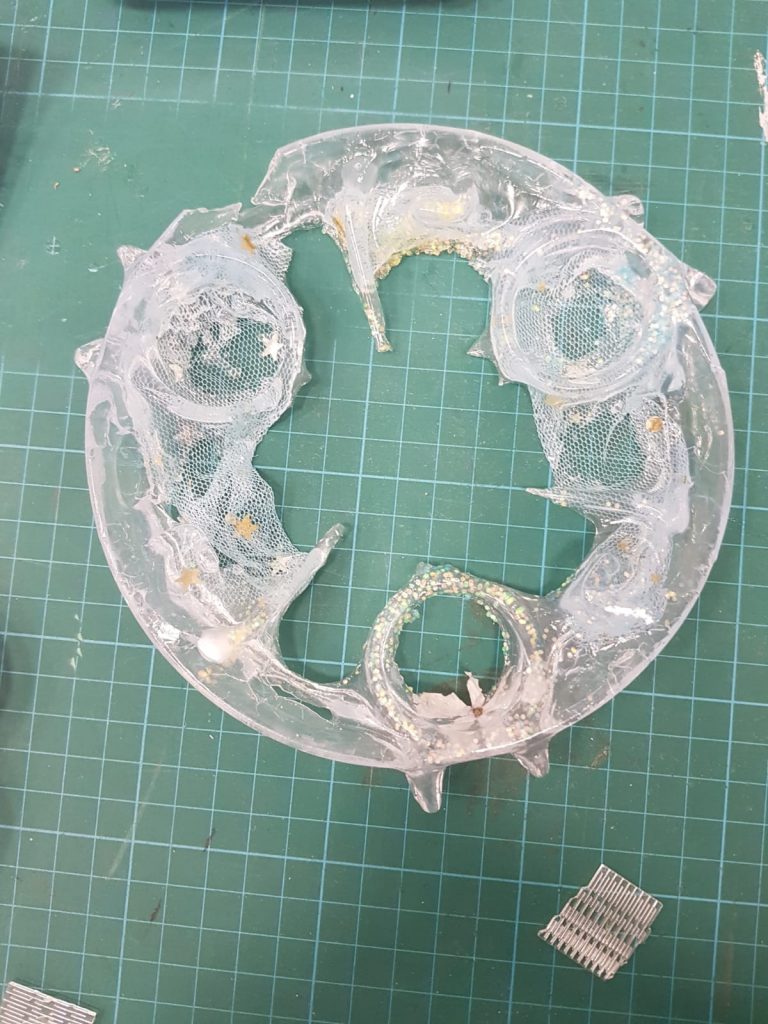 I thought it was pretty interesting to see the rings of circle cast with a different object and merging to the centre. It will be better if I had more resin. 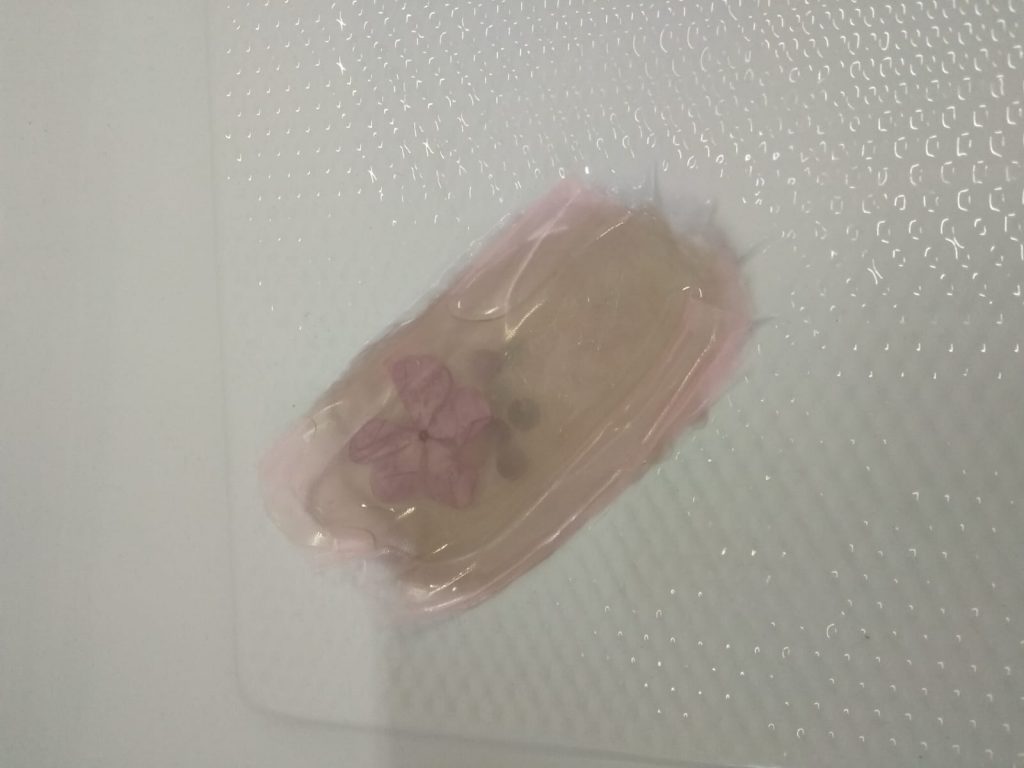 I called it an ice cream bar. It looked so pretty at the back and attracted so many flies. There were a dozen of flies that stuck to just this resin. I had to endure the yucky moment of removing them one by one before the resin harden… 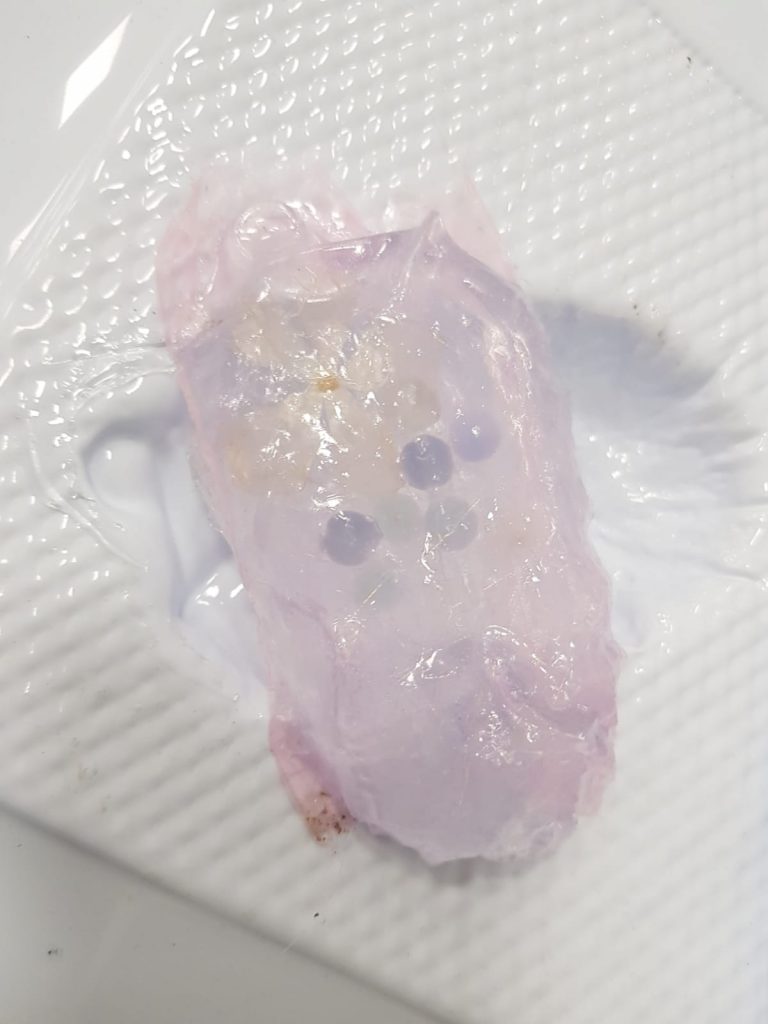 The surface of this mould is bumpy too so the objects could not be seen clearly. It’s a shame. 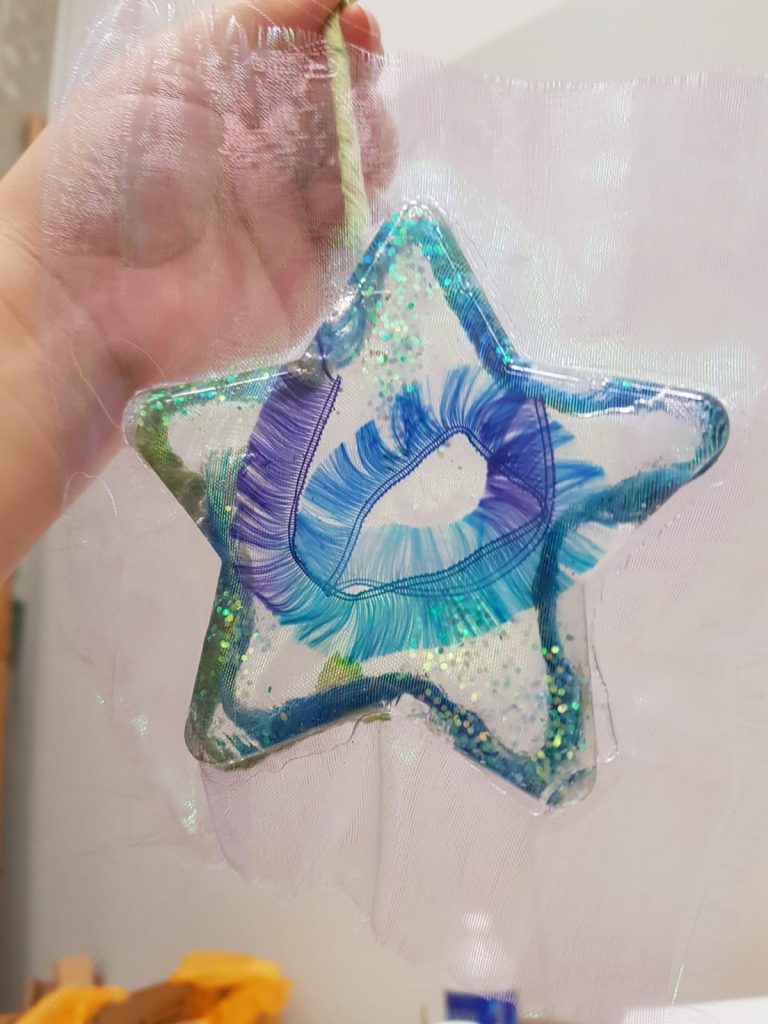 Lastly is my favourite. It is a galaxy star. The organza added to the resin is quite transparent so it seems that the surface has budged out and form a star.  Thick yarns are added to create a clear border.

Working with resin has to be fast. This is a challenge for a slow-poke like me haha.  I enjoyed the versatile and being able to change the opacity. This is a great medium to create cool marble effect and storing memories too. 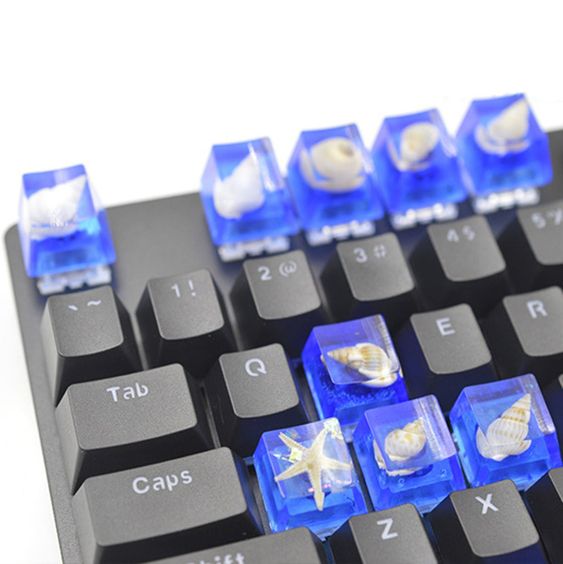 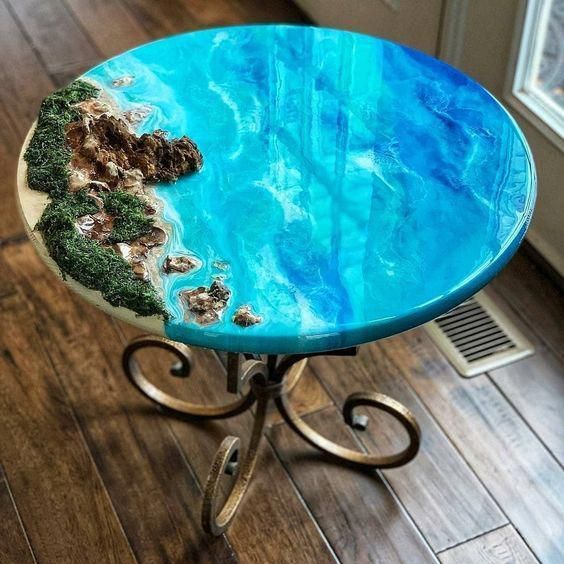 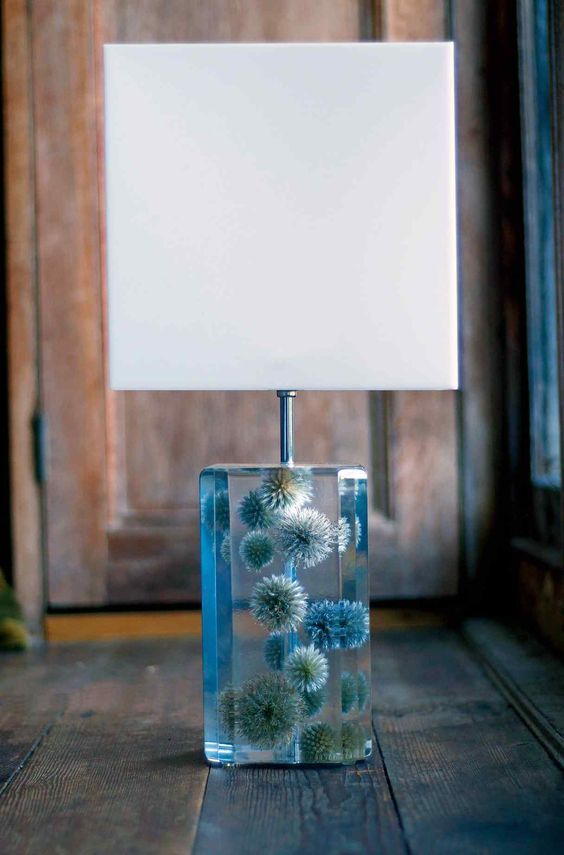