Designing the cover was a slight challenge for me. I was adamant about creating one that was unique and representative of the zine. At this point, I still had not picked a name for the zine and decided it would be best to leave it to the end. After looking at all the proposed content for the zine, I decided that I wanted the cover to be generative pattern.

I looked around for inspiration on generative patterns and came across the following:

The generative pattern was designed for A Design Film Festival 2015 by local design agency Anonymous. I felt that geometric patterns would be a good fit for the front cover of the zine and proceeded to make such a pattern.

The first thing I needed to do was make the basic units of the pattern. I would then be able to feed these units into a program like Processing to churn out my final pattern. 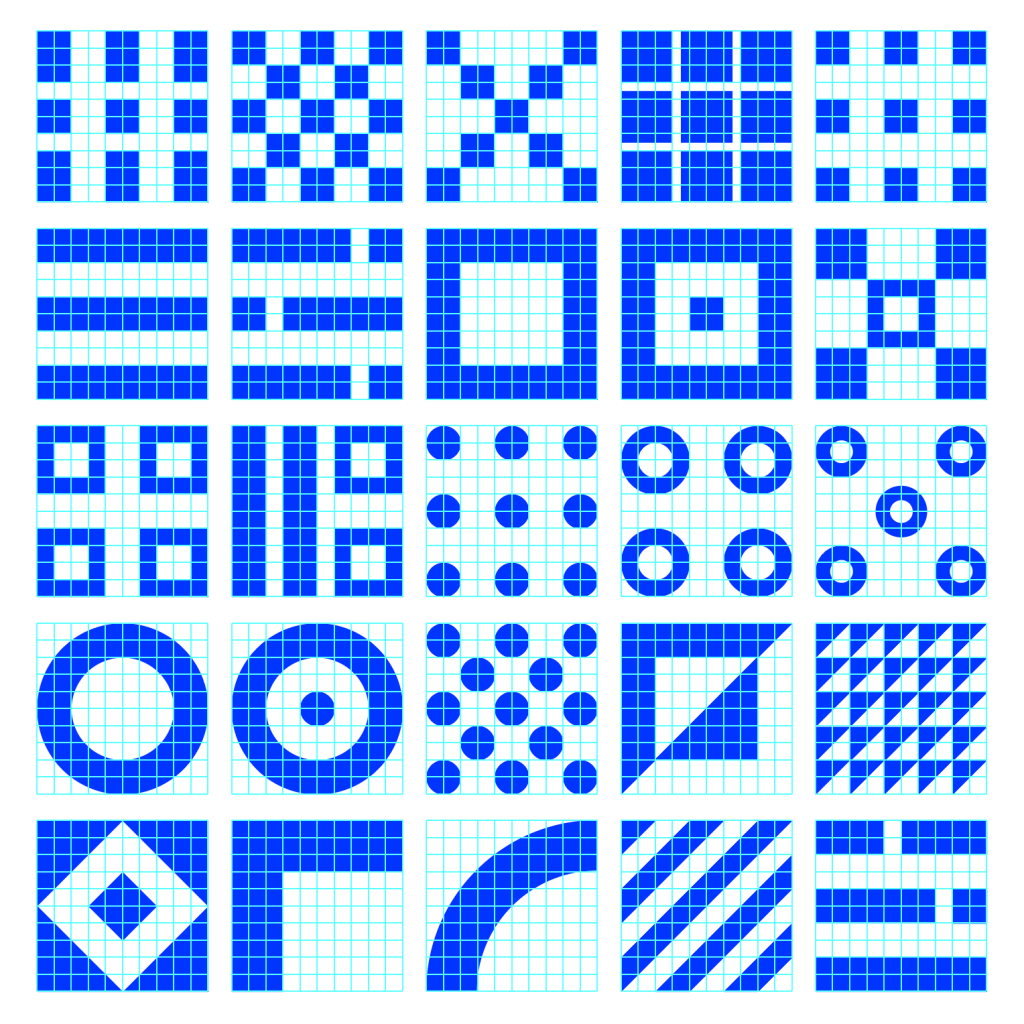 Using Illustrator, I created 25 unique geometric patterns based on a 10 x 1o grid system. I used a mix of square, circle, and triangle designs to create variation and rhythm within the pieces. The grid ensured that all the pieces had a particular flow to them. It also made sure that the various elements of the pieces were of a similar size and proportion.

I then tested these units with various combinations within Illustrator. 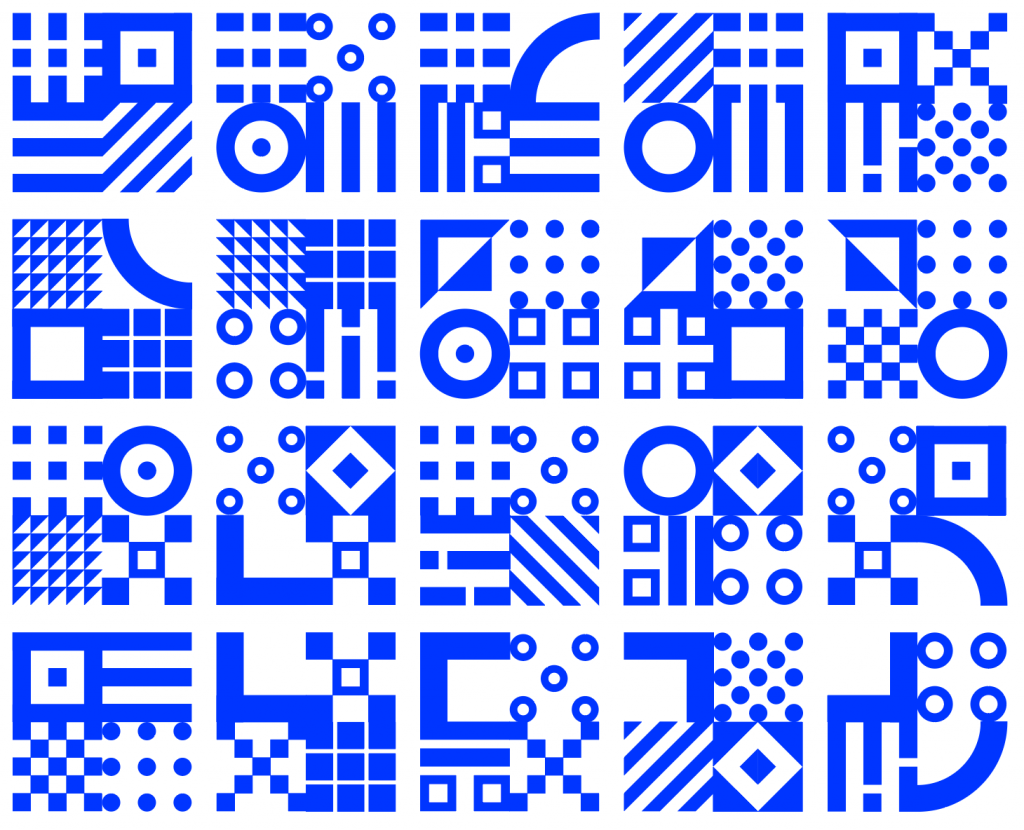 I was satisfied with what I was seeing and proceeded to save the individual pieces. I then used Processing to generate the final iteration of the cover design. Here is the design as a spread:

During the planning stage, I had the idea to have my cover separated into two pieces. This would allow me to ‘hide’ additional content under the patterns without it having take up more spreads. I also thought the idea was visually interesting and fun to interact with. It turned out pretty good in the final version of the zine. I was able to include a table of contents and a colophon under the pattern without having to create another spread. 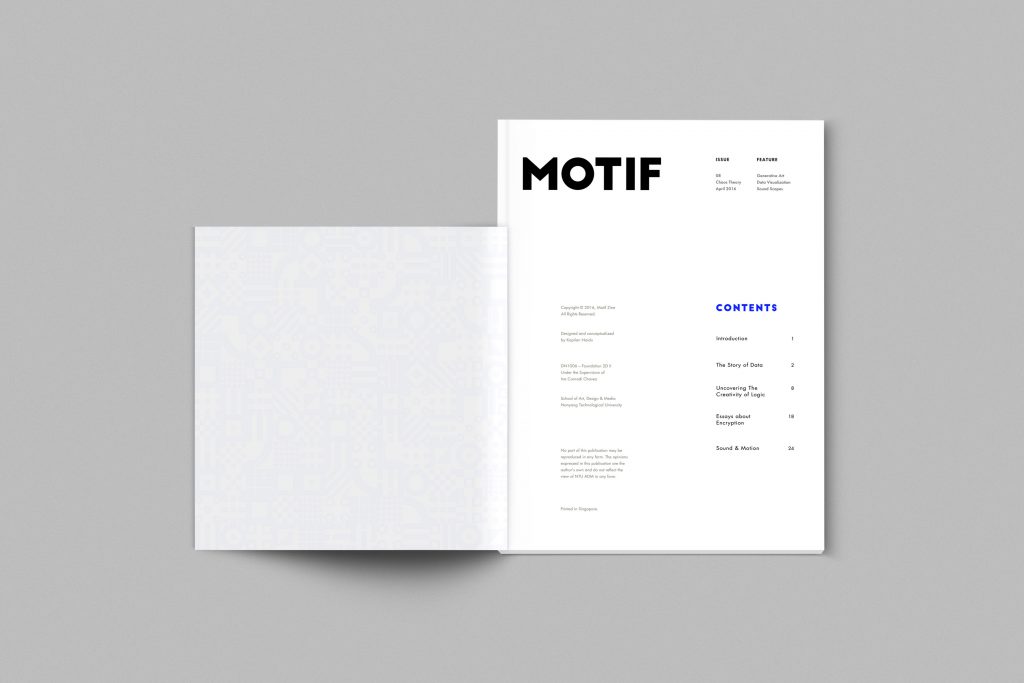