For this section, I wanted to create visualizations about something chaotic, presented in an orderly manner. I decided to use facts and data about wars to create this visualization. Firstly, it fit the theme of what I wanted to do, and secondly, the data was widely available.

I looked around at the capabilities of both Circos.ca and Tableau. I decided on the latter due to its gentler learning curve. It also allowed me to input data in a much wider variety. Searching through the gallery of visualizations, I came across a kind of chart that I really liked. It was called a Radial Histogram (or Bar Chart). I thought this looked visually pleasing and fit right in to my zine.

This visualization would also allow me to incorporate various layers of data. I was hoping to have a series of transparencies here to showcase different kinds of war data. The information, when laid above each other, would then reveal trends and other data about war.

However, when I started to try creating something with the Tableau software, I found out that it was quite challenging to use. I was also running out of time to produce the final zine and did not what to spend too much time trying to learn something new at this stage. As such, I decided to get creative and generate these visualizations using some other method.

After pondering for awhile, I realized that I could use Photoshop to manipulate regular graphs to become radial. It would use a similar method as the one that allows for the creation of ‘little planet’ radial panoramas.

I tried this out on Photoshop and it was quite successful. I was able to create an accurate base image of the data in circle form. I could then take this image and clean it up in Illustrator to create the final visualizations. I had to be careful to crop the image at the beginning of the x-axis and include enough room to have all the various graphs line up. Here are some images proving the concept:

I was able to get all my graph data circularized using this method. I then traced the information on Illustrator to create this: 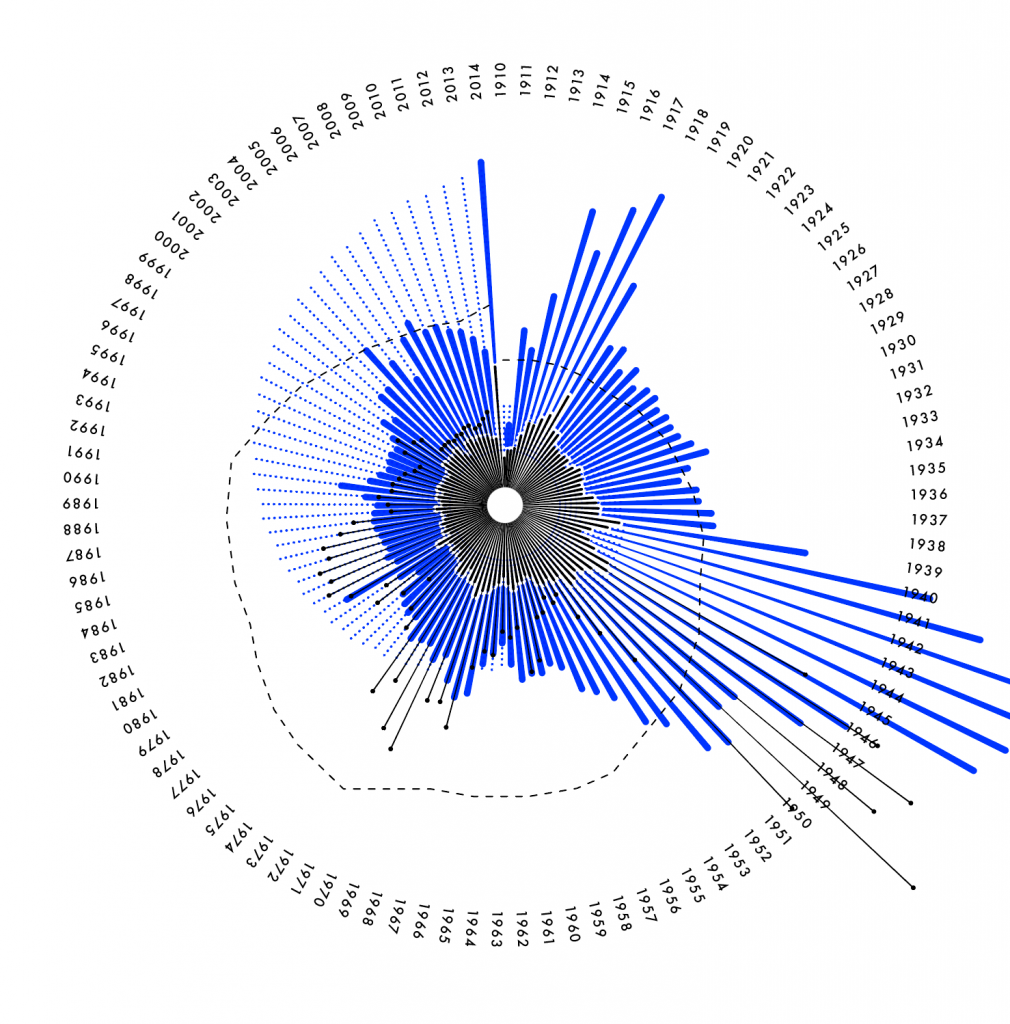 I then isolated each group of information into it’s own layer of transparency in the final zine.