For this section, I wanted to recreate another instance of my moire animation compositions. This was going to be based on the sound signatures that I created for Typographic Portrait. I followed a similar process to generate the various sound signatures.

I looked through online data to find that Karachi and Buenos Aires were two of the most noise polluted cities in the world. The idea that chaos could be represented by the sound of a bustling city really appealed to me. Both of these cities had very busy streets and roads, which is what we usually think of when we hear ‘chaotic city’.

For the sound source, I used recordings of the two cities that I found online. The sounds were then brought into audio editing software Audacity. I then traced the shapes of the sound waves generated by these recordings. Here are the final results:

For the layout, I thought it would be interesting to have the sound waves placed above an image of the city. I wanted the image to be representative of the chaos that these sound waves stood for. However, instead of just slapping on the image as a background, I thought it would be more interesting to have it as a standalone photograph. That being said, I did not want to create extra spreads just to feature the photograph. This lead me to the idea of using tracing paper. I would place the sound waves above the photographs by having them printed on tracing paper. This would allow the data to be visible, have a nice background, and have the image presented in it’s full glory, all at the same time. 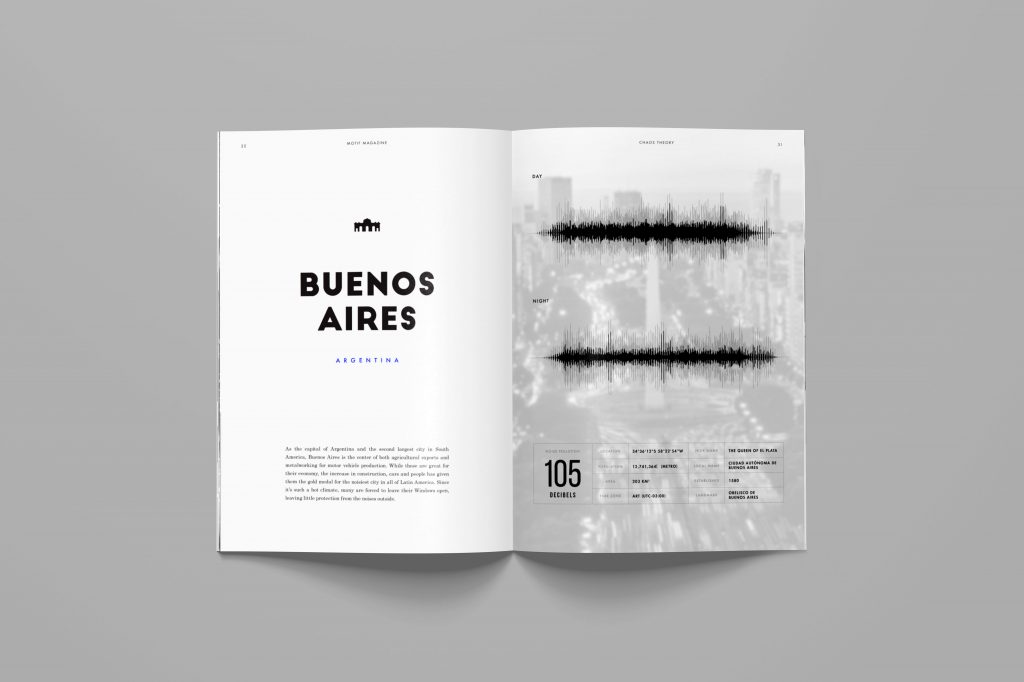