I took some time to really look through and understand the brief. But I felt that I kept coming short of the objective of the brief. This was mainly due to limits and constraints placed on the points of view. One of the only things that I felt sure about was the execution and creative direction that I wanted to undertake for this project. After the previous project, I wanted to take more risks and push the digital/analogue frontier even further. I wanted to pursue code modification and generative art for this series. After consulting with Ina, I decided to carry out more research into the area.

During my research, I familiarized myself with the different executions of code modification and generative art forms. As I got to know these better, I decided to rework the brief to my advantage. I once again, discussed this with Ina before coming to a conclusion. I felt that the brief was limiting by having us focus on one item. Instead, I chose to reverse the brief and work with the same point of view, modifying the subjects instead. I wanted the work to be more conceptual and process driven like the Typographic Portrait series I ended up creating. Eventually, I arrived at the following preliminary directions:

Pixel sorting is the practice of algorithmically rearranging the pixels in a digital image to have them follow a particular order. This order could be predetermined in any number of ways; by the color of the pixels, its light intensity (luminosity), or its original position in the image. These parameters can then be used to rearrange the image in any order as determined by the artist or programmer.

While the exact origins of the practice is unknown, most sources attribute the popularization and possible creation of the process to digital artist Kim Asendorf. Here are some of his works: Upon further exploration I also found the works of French digital artist, Patrick Garbit. He uses a similar method of pixel sorting to create works of illustrations that look rather dreamy and surreal. Here are some of his works:

I loved the freedom of exploration that this medium afforded and decided that I would use this method to create one of my points of view. I felt that the dichotomy of order and chaos was also expressed well with this method and would do justice to my initial idea of “Order from the point of view of a computer algorithm is pixel sorting.”

When mentioning ‘fractals’, most people default to think about the organic swirling shapes that are created out of mathematical formulae. These creations are typically self-replicating — that is, each part of the fractal has the same statistical character as the whole and the patterns recur at progressively smaller scales. I was mainly interested in the recurring patterns aspect of fractals and decided to carry out some research into alternative forms of fractals.

I discovered the Sierpinski Carpet, a plane fractal that takes a main shape, and subdivides it over and over again, to create a recurring pattern. I found this idea to be intriguing for a piece and carried out more research.

I eventually came across Fleen. It was a software developed by John Greene that does precisely what I described. It takes a main shape, and continually subdivides it to create interesting patterns. However, what made this different and more exciting to the traditional Sierpinski Carpet was that using Fleen, the artist to accurately describe how he/she wanted to subdivide the root shape. This allowed for a vastly more creative end result on the part of the fractal. I was excited by this discovery and decided to use this method for my second approach; “Repetition from the point of view of a computer algorithm is fractals.”

Another idea that I was toying with was the creation of randomly generated particles. I wanted to create a simulation that would have particles interact with one another creating motion. I would document these motions to create an image showing the trails of the various particles’ motion. An alternative method that I could use would be create mathematical graphs that would provide me with similar results.

I did further research into the topic of generative art and found some works that were similar to the direction I was intending to pursue. In particular, I found the works of Leonardo Solaas to be extremely inspiring. I really liked two of his series. The first was titled, Propagaciones. I really loved the organic lines and swirls that were created with nothing but code. I liked how natural they looked, almost similar to pencil lines. They also reminded my slightly of contour lines and natural rock formations. 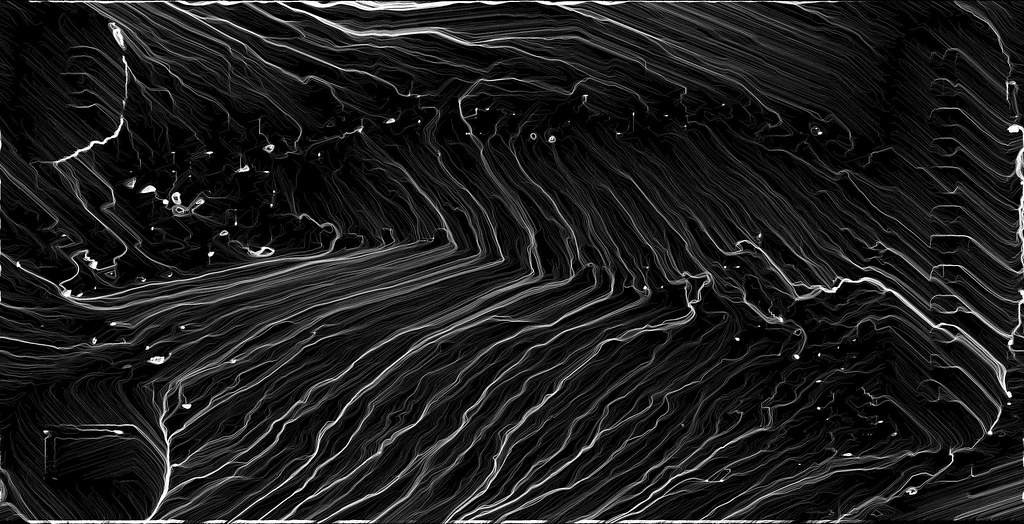 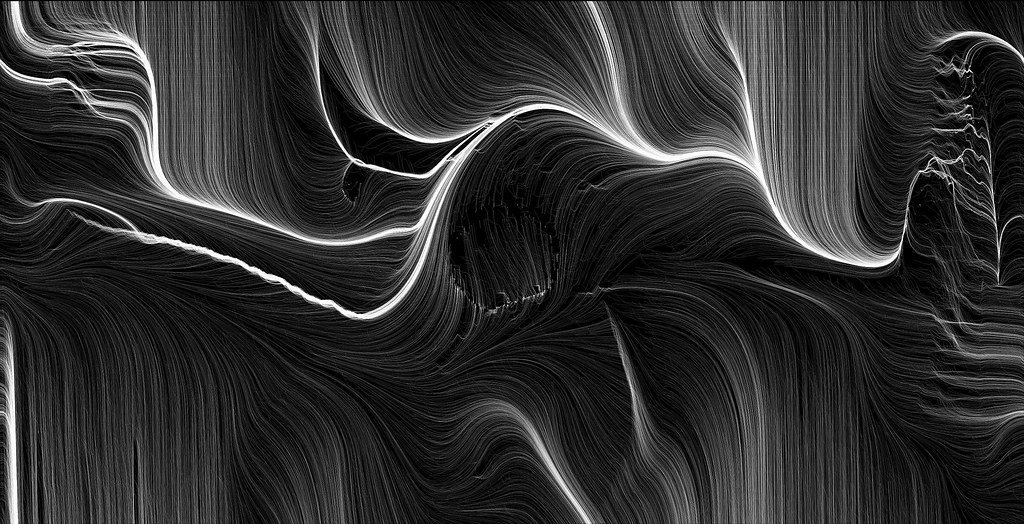 Another series that I liked by this artist was Orbitants. Although the works are created with nothing but circles, they look extremely organic and natural, unlike the controlled, geometric root shape they are made with. 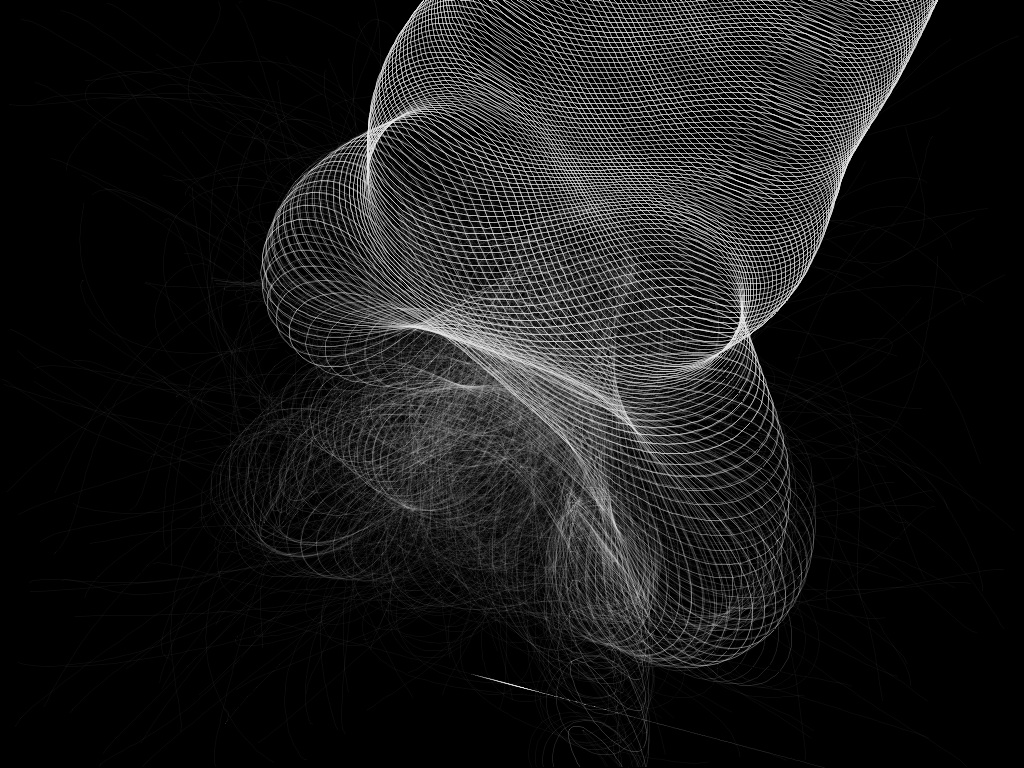 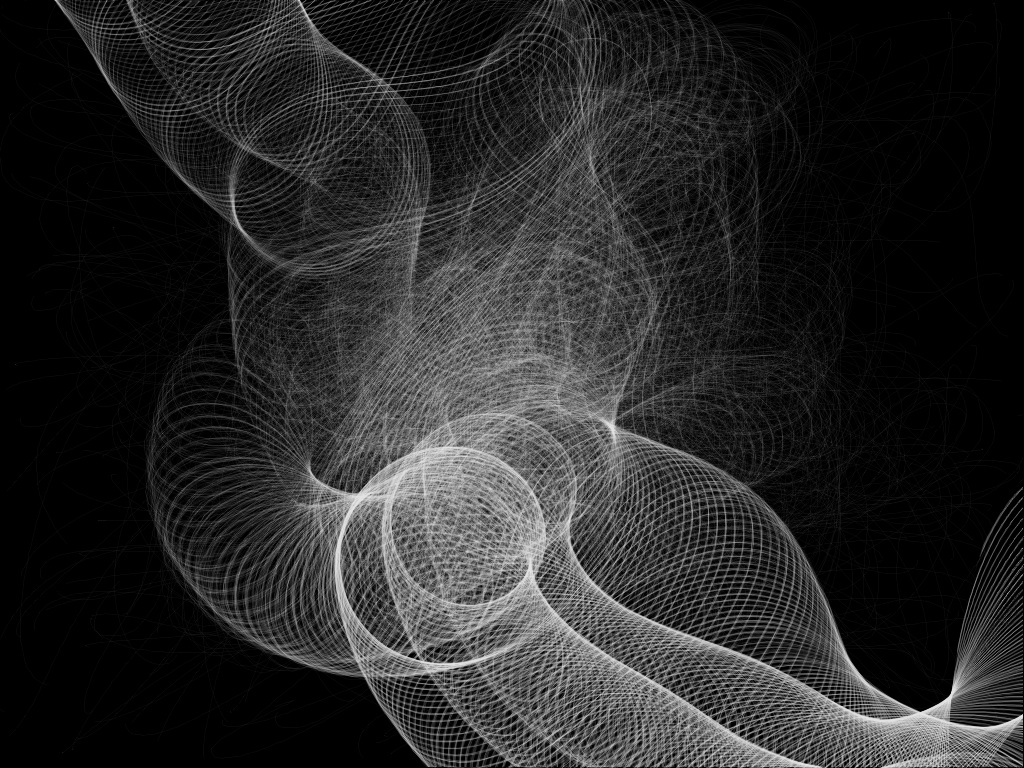 I also really loved the monochrome aesthetic and decided that I would pursue this direction for my 3rd concept: “Chaos from the point of view of a computer algorithm is random generation“. I felt that this execution truly echoed the sentiments of chaos in the way which the composition and its elements came together.

The final method of execution that I was exploring was actually a form of video art. I wanted to use this method to generate some stills that I could use to convey my final concept: “Destruction from the point of view of a computer algorithm is data-moshing.” That being said, I was also aware of the fact that data-moshing and pixel sorting were essentially the same forms of digital art—glitch art.

Data-moshing is the process of deliberately damaging data in a video file to create artifacts in the final product. These artifacts contribute the the aesthetics of data-moshing. This process can be controlled to a small extent to create particular results that the artist is after.

I carried out some research and Takeshi Murata, a digital artist that specializes in glitch art. He created a series of video works that incorporate datamoshing. I found the style and execution to be quite attractive for this project. I felt that the stills from the video experimentation could create some compelling compositions. Here are some stills from Murata’s work: 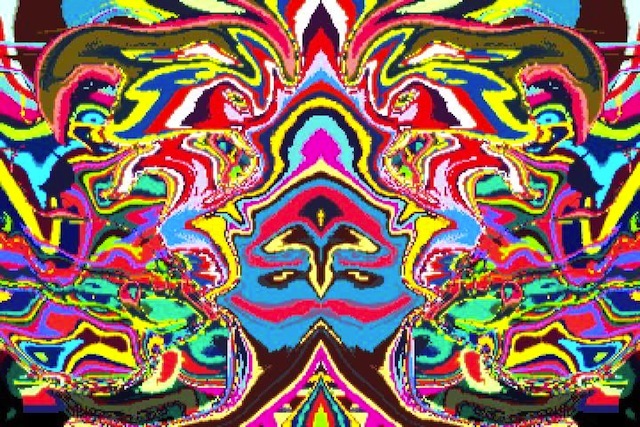 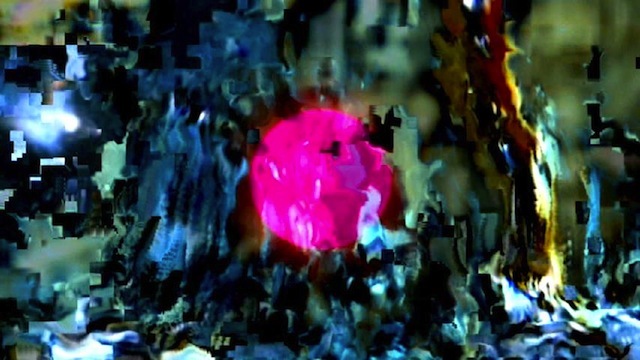 I loved the deteriorated and damaged look that this execution created. It also looked significantly different to the pixel sorting technique described earlier and put aside my fears of these two processing looking too similar. I decided that I would also explore this technique to address my final direction of Destruction.