One of the first things that came to my mind after spending some time in the show was how clever the theme of the biennale ended up being. An Atlas of Mirrors conjures imageries of self reflection and the use of literal mirrors as materials; cartographical representation and the concept of identifying roots and heritage. All of these were seen among the many works on display at the biennale and I think Susie Lingham and her team of curators did a good job in setting the theme of this year’s show.

That being said, I feel that the overall impact – visual or otherwise – of the artworks on show was rather subtle. Most of the works were careful to tread around political issues and there was serious under-representation from Singaporean artists. But there were a few standout pieces and one that particularly drew me was Martha Atienza’s Endless Hours at Sea.

The work is a collection of various mediums coming together as one cohesive installation that builds on the narrative of sea-faring undertaken by the artist and her family. The work is primarily a video projection that plays footage that the artist recorded during her time at sea. These footage feature grey-green waves that merge seamlessly into the horizon, not showing any particular place or time. The footage in and of itself is not too exciting, but the treatment and presentation of these footage in the installation had me impressed. 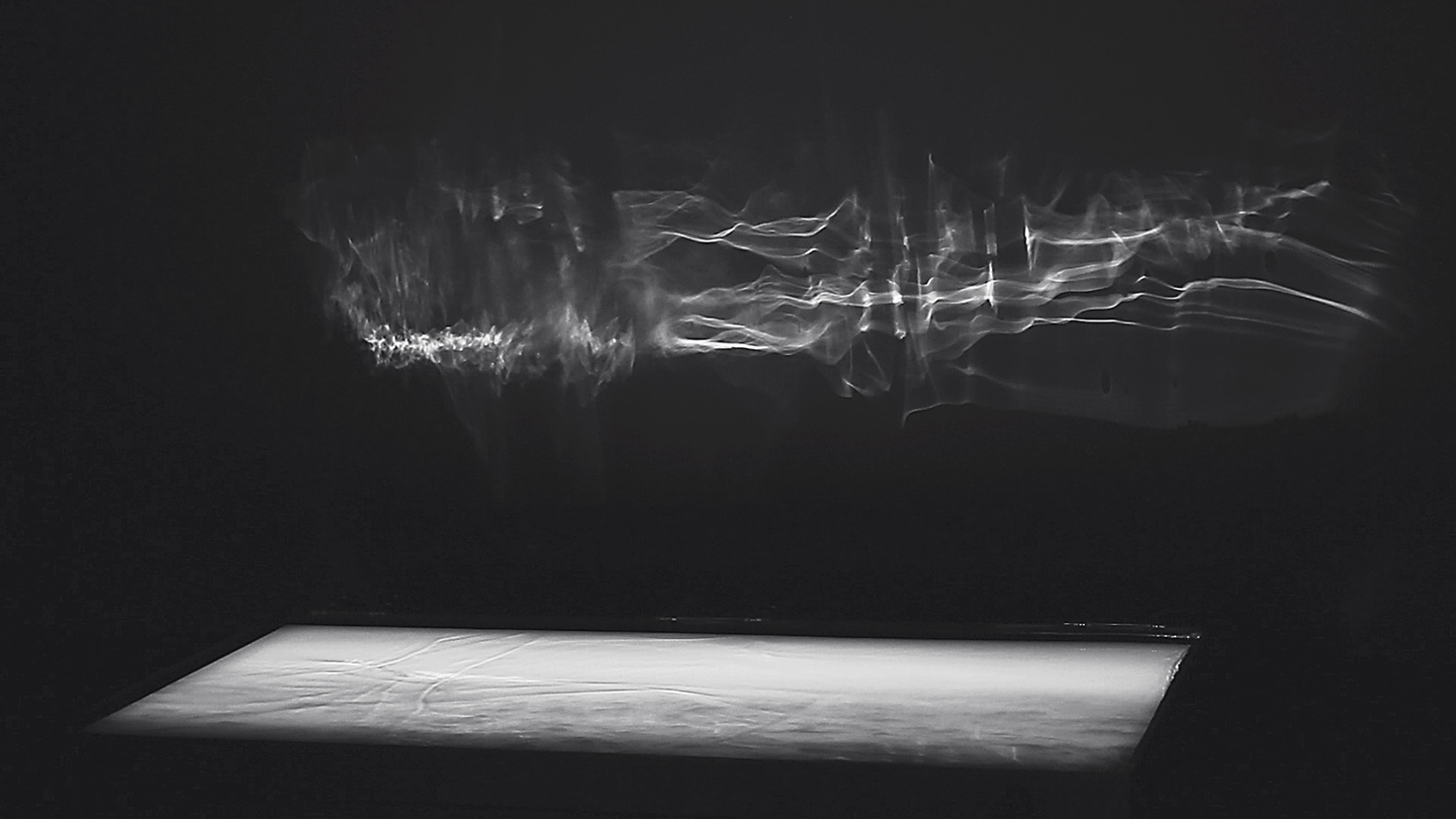 In the installation, the artist used the medium of light to her advantage to create a very interesting result. The main part of the installation is pictured above. The video footage mentioned before is projected onto a horizontal surface that is shallow enough to contain about 2cm depth of water. This water is vibrated in response to the soundscape that is heard playing from the footage. The dance of ripples across the horizontal surface refract and reflect light onto yet another surface. This vertical surface transforms between showing the footage’s reflection in its unaltered state, to a reflection caused by the vibration of the water surface.

This multi-sensory aspect of the piece does a great job of pulling all the components of the work together. Although it may appear convoluted at first, this motif in my opinion really helps to sell the narrative of a sea-faring tradition that the Artist wanted to communicate. It also creates a certain sense of loneliness and isolation wit’s the sounds of the engine lulling one into a contemplative state of mind.