A major LED manufacturer wants to appeal to the crowd at their upcoming trade shows.

You have to come up with a prototype that will utilize their strips while drawing attention to visitors and triggering ideas to new markets. 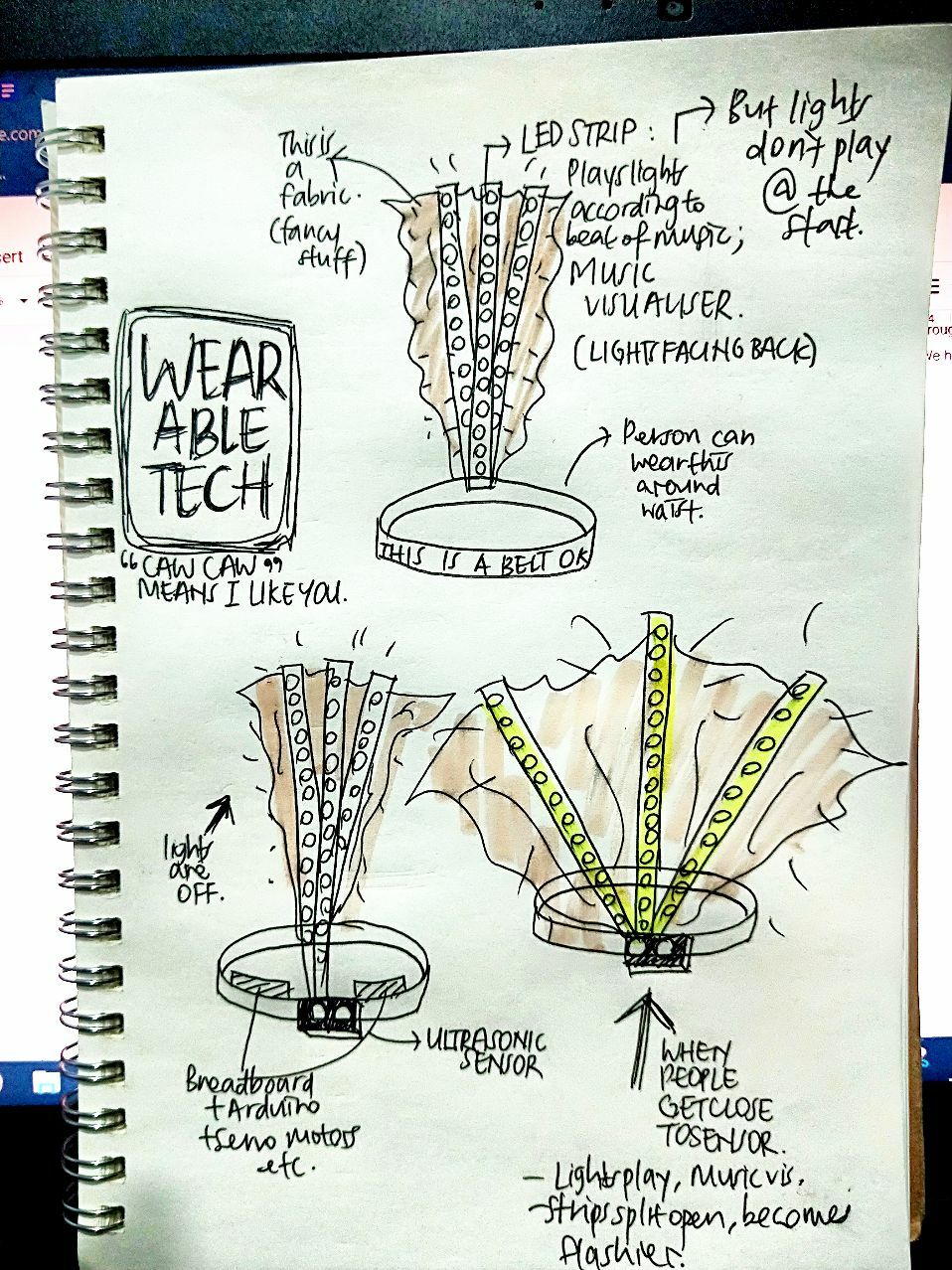 <“CAW CAW” means I like you> (thereafter referred to as the Caw Caw Machine) is a project revolving around the concept of Birds and mating, especially Peacocks. When birds want to mate, they start becoming extra flashy to gain the attention of their female counterparts.

With the brief stating that the device created has to be used to promote the LED lights in upcoming trade shows, what other better way than to flaunt these lights in the flashiest way possible? Like birds and their needs?

The Caw Caw Machine is a belt which has LED light strips (forming a tail) attached to it. When inactive, it will remain unlit, just like a sad and lonely bird who does not have any friends. However, when someone approaches the ultrasonic sensor attached to the belt, the detection will be a replica of a bird being excited and happy that he/she has finally found a new friend and would hence want to attract it. As a result, the tail will open up like a peacock’s tail and the music visualizer will be activated based on the music and start flashing everywhere.

This idea can trigger new ideas to the market, such as creating aesthetic devices for other parts of the limbs that can be utilized for light events, parties, and even in clubs. These devices can also be used for performances and aesthetic showcases. The device does not necessarily have to be on a human either; interactive devices with moving LED lights interactions can also be created with this project as a basis, for example for a Chingay Float.

The circuit is made out of three different parts; 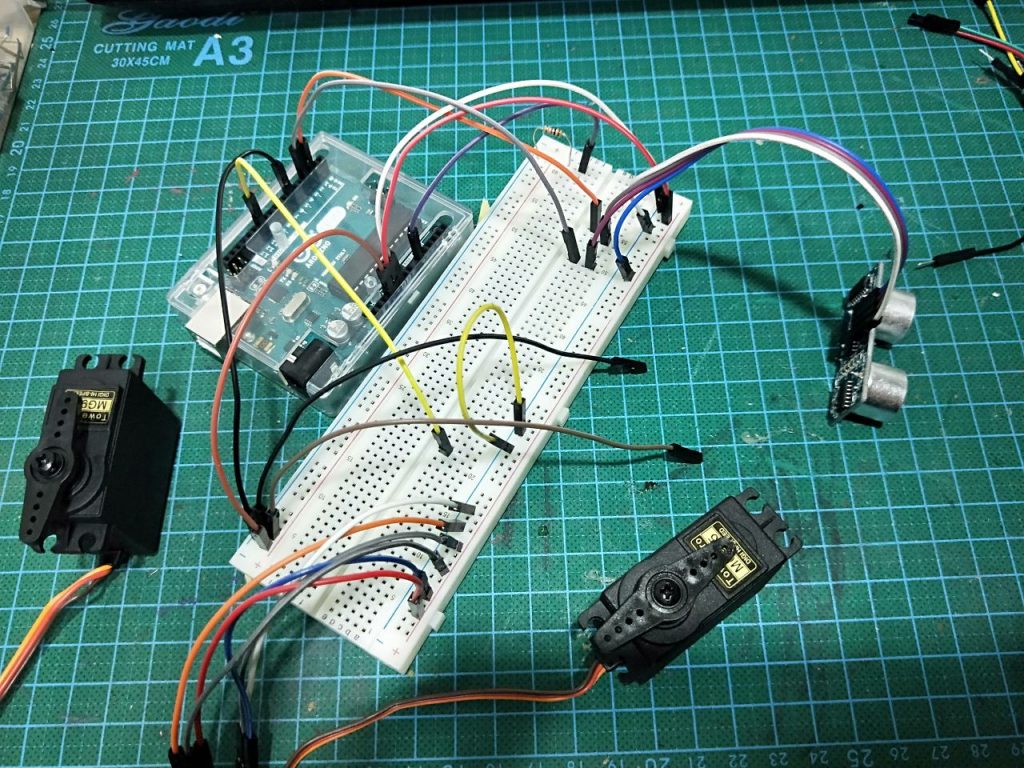 I would very much have liked to test the whole circuit out (I already arranged it nicely in a way that I think SHOULD work) but after 6 hours of failed attempts in soldering wires to my LED Strips, I kind of gave up for now… I will need to seek further help before I test this theory out again.

Hopefully, I will be able to get everything working on one circuit and one Arduino. Otherwise, I might have to forgo the Music Visualizer portion and focus on making the strips light up and the servo motors to open up only with the use of the Ultrasonic Sensors. Bless my soul.