Vehicles. To be a carrier, as a medium to convey ideas or emotions.

In Critical Vehicles: Writings, Projects, Interviews by Krzysztof Wodiczko, we understand that the Polish artist specializes in large-scale public slide and video projections. This is done on numerous celebratory architecture and monuments, in relation to his idea of “bodification” of architecture, turning these structures into critical vehicles; one of self-critics. 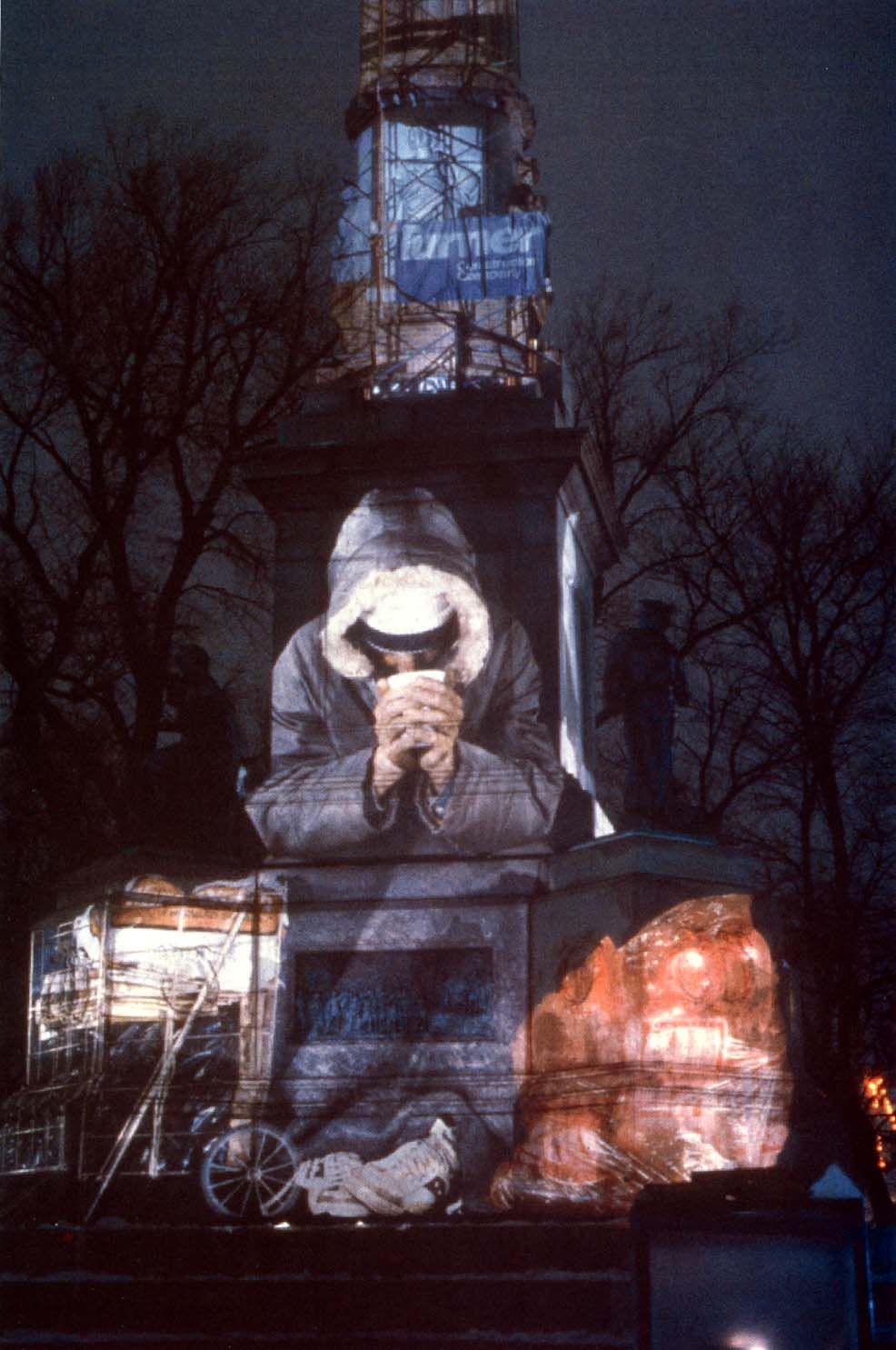 To him, vehicles “served as a means of enacting (and warning against) the oppressiveness of a psycho-social machine”. He explains that one is not truly aware of being subjects of oppression until they are exposed to this fact can they understand how dependent and incapacitated they are as individuals against the autocratic system as ruled in Poland.

In his works. Wodiczko aims to uncover the conditions of life under the delusion of freedom– where one seeks refuge under a political or cultural entity as an excuse for their individual passivity. Andrzej Turowski calles this ideosis— the commonsense life of well-calculated choices for navigating through the system by claiming a critical or independent perspective on it.

In a sense, I think what Wodiczko is trying to portray in his works by projecting on cultural and political buildings is about the petrification of individuals and their personal thought process. Their individuality is sacrificed in order to protect themselves under the larger umbrella of a cultural or political entity. In a sense, these monuments which represent the cultural or political entity ironically becomes alive despite being dead matter; they are living in place of the people who have thrown away their individuality and ideas and are hence stagnant and in stasis.

Nationalism? One people, One nation? Who cares when individuality and self-protection is lost along the way? 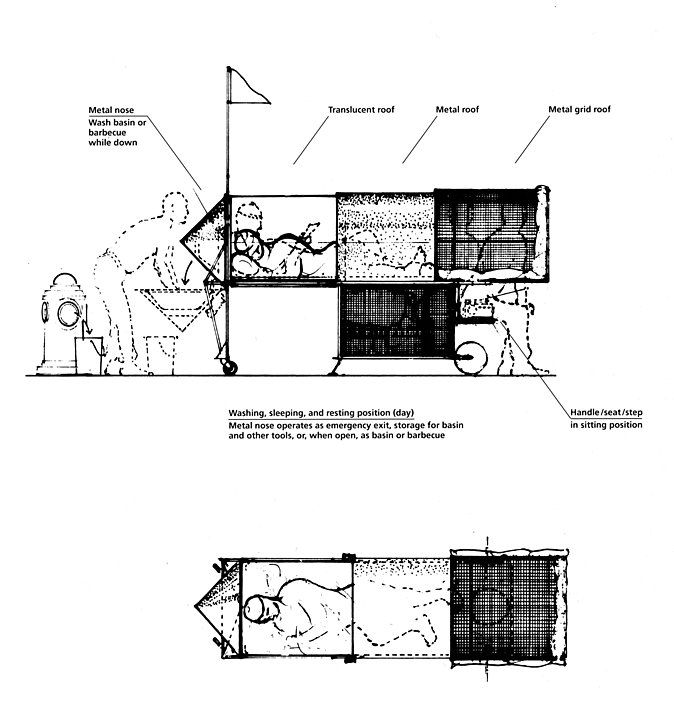 In his works for instance Homeless Projections and then Homeless Vehicle, it was a mockery of American Freedom as the homeless die of wounds and malnutrition. Such a social commentary is one of the reasons why I felt that Wodiczko was trying to mock society about what they perceive as safety and perfection; trying to advocate largely established point of views can very well lead to one’s death instead. He calls this “Nationalistic Madness” and I agree with him.

In Homeless Vehicles and Projections, they tell us the story about how being homeless is not a choice, even though the government “pretends” to offer help; one might end up suffering even more under a shelter. People would rather run free on their own to avoid such dehumanizing, prison-like treatment. The government does not offer them opportunities to get back on their feet either. In a sense, once you are out of the system they call society, it is very hard to get back in. You are treated as an outsider, and you are abused by society’s lordings. And people who live well do not bother with these “trivialities” simply because it does not concern them because they are one with the general social sentiments. Pretty stupid in my opinion.

In my opinion, humans are slowly becoming cyborgs. We listen and abide by the rules of society. We are becoming increasingly dependent on social constructions, and live our lives based on that. The everyday cycle we put ourselves through turns us into mundane robots functioning on food, water and oxygen. This is also a part of us losing our individuality. This is aligned with Wodiczko’s projects The Alien Staff and Mouthpiece (Porte-Parole), where it portrays an authoritarian machine. “The instruments provides prosthetic devices, counter-machines that empower the wearer, in cyborgian fashion, to survive and transform the conditions of his or her social existence.” This essentially conveys to us that humans are becoming less vital in their social existence. To put it in extremity, the world can function with robots and without humans (in a sense) one day.

As sad as reality can be, I find this to be closely relatable to Singapore’s situation. We are constantly surrounded by high expectations in school and work in order to be productive for Singapore’s economy. The health of society’s progress is reliant on the deterioration of our own health. As cyborgs of society, we sacrifice ourselves in the name of hard work to make Singapore great and in turn, the government rewards us with some benefits which by the way do not make up for the shortening of our life spans from the lack of sleep and overworking. We become vehicles of work for society rather than being vehicles that can convey our emotions and thoughts properly.

Any wrong opinion can get you fired, expelled, or exiled from the organization and even the country. Look at the multiple political leaders and writers who can exiled from Singapore just for reciting their own opinions. Look at the disciplinary penalty we get just from being slightly off from the generic rules and regulations, such as not being able to take our exams just because we did not bring out matriculation cards by accident. Look at the amount of foreign expats flooding into Singapore and being able to purchase landed property with 2-3 cars per household while we have elderly Singaporeans still struggling to make a living and to feed themselves with porridge and canned food daily. 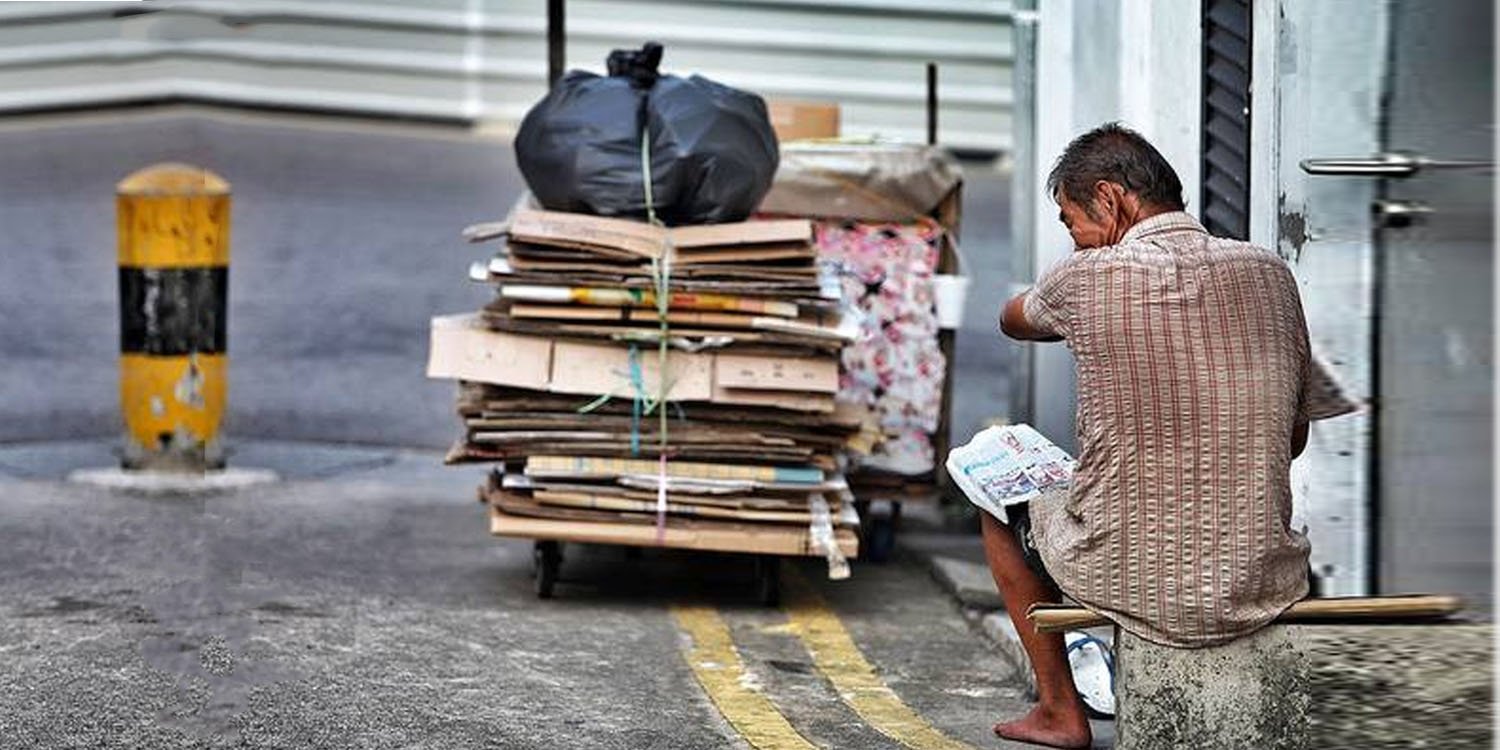 If you ask me, Singapore has gotten its priorities wrong a lot of times. Yet barely anyone speaks out about this. In Singapore, if someone pulls off something like Wodiczko did on the National Gallery building, I can promise that the person would be charged for political sentiments and would be put in jail or exiled.

#Reasons why I hate Singapore at times.

I would like to end off with a quote from the reading which I find very applicable and suitable of Wodiczko’s projection art:

“The aim of critical public art is neither a happy self-exhibition nor a passive collaboration with the grand gallery of the city, its ideological theater and architectural-social system. Rather, it is an engagement in strategic challenges to the city structures and mediums that mediate our everyday perception of the world; as engagement through aesthetic-critical interruptions, infiltrations, and appropriations that question the symbolic, psycho-political, and economic operations of the city. “

One thought on “Critical Vehicles by Krzysztof Wodiczko”