Rafael Lozano-Hemmer focuses on the panopticon and surveillance; where “bodies, buildings, cities and technologies are conceptually and functionally interconnected”. Every day, we interact with technology and are reliant on technology to carry on with our daily lives whether it is transport, crafting documents, or having a conversation with someone else across the planet.

In his art, Lozano-Hemmer aims to deal with the body as “a performance, a process of becoming, of change, and less interested in physiognomy, anatomy, forensics and physical ergonomics.” Through re-contextualising the context of a specific building, he makes use of the concept he coined; relational architecture. This happens where the audience relates to the visual and auditory events predetermined by the artist. Physical involvement with the art piece creates a form of organic-technological art which can also be seen as biopolitics. Lozano-hemmer makes use of robotically controlled projectors, widely accessible computer systems, mobile phones, radios and custom-made software to conduct this experience. Architecture then becomes less solid and rigid, and makes room for a more virtual perception of itself. It becomes a lived existence for the audience interacting with it. 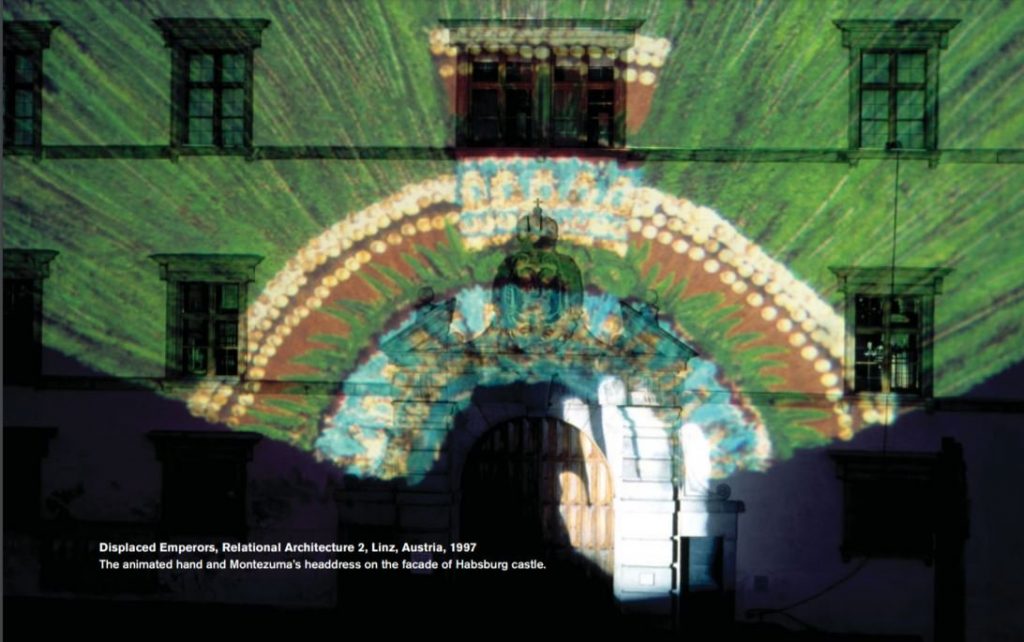 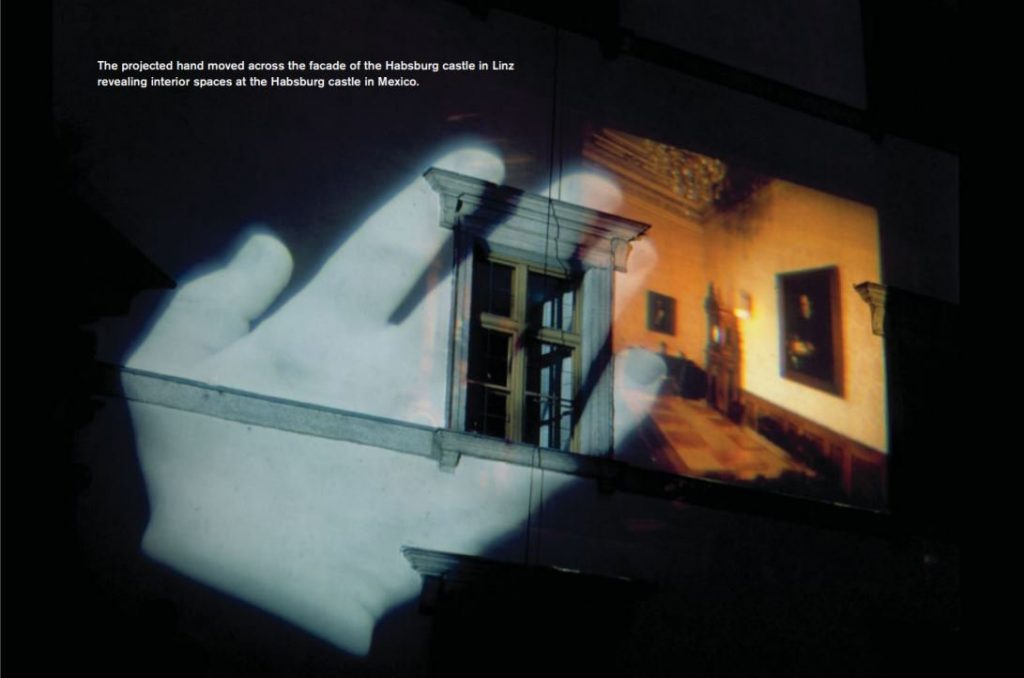 Displaced Emperors, through wireless 3D trackers for instance, allowed for an individual to undergo duo-culture experience in an immersive environment. It made use of the 5 senses (mainly perception of touch (and what it can affect), sights and sounds). The installation brings in experiences and materials from outside a fixed culture and converts the building into something more than just a piece of dead matter. Flexibility and Imagination has been put into the building to make it more than just a building. It provides cultural exchange, learning and commemoration without distance getting in the way. In a way I feel that this is a plus point for biotechnology despite the possibility of it making us more cyborg-like. This experience does not interfere with us as people perceiving culture and encourages greater learning which reduces our focus on technology. 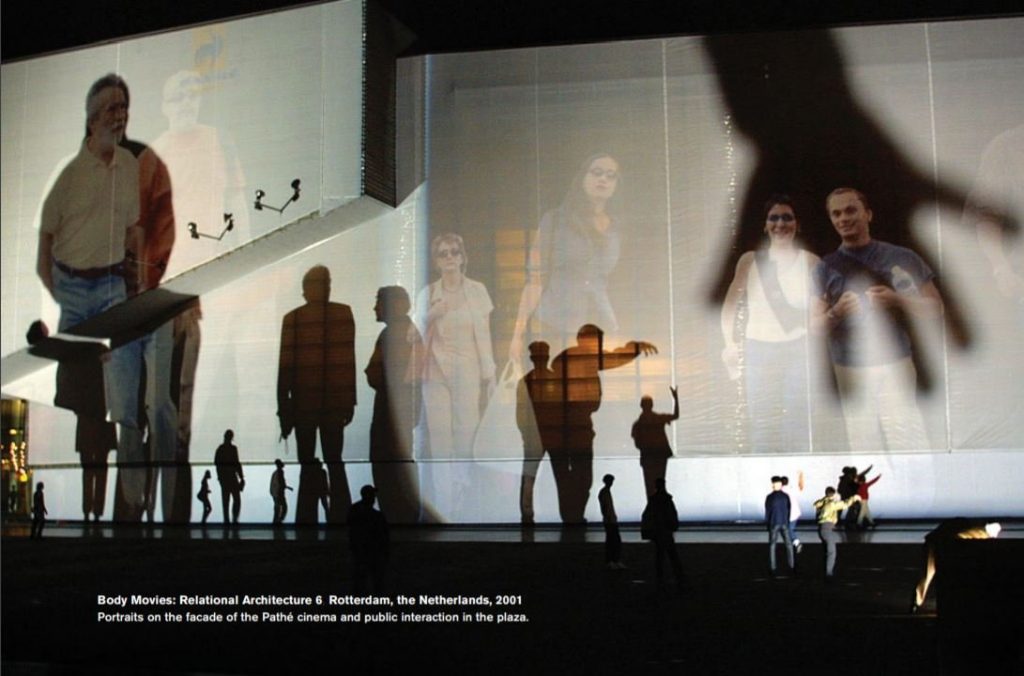 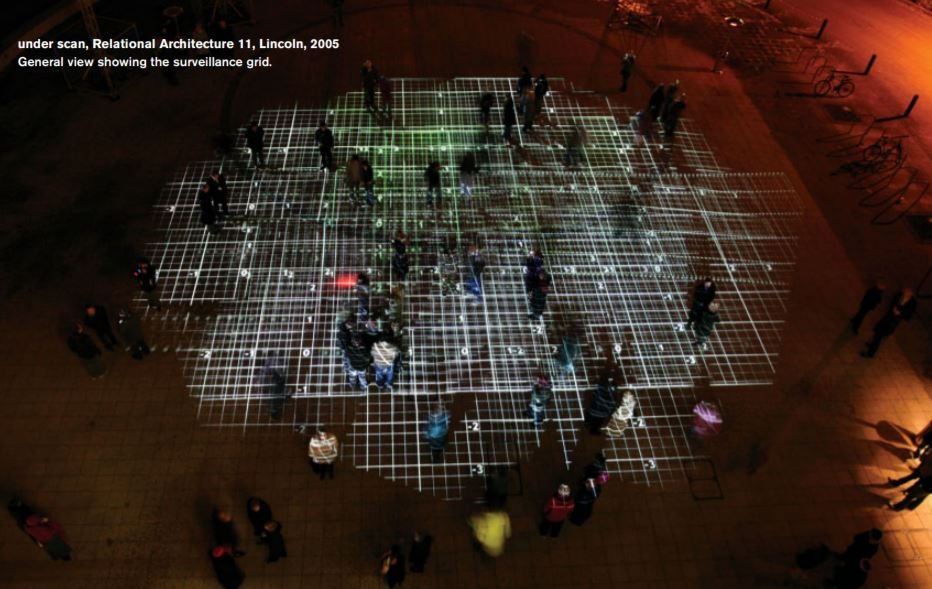 Through interaction with technology and the human perception, Lozano-Hemmer was able to play around with scale and subverted expectations, which made his works so unique and created a new world between organic human interactions and what technology can provide. As Henry Lefevre says; social activities constructed and gave meaning to space. To me, space is perceived differently and becomes a whole new idea because of how society reacts to it. These human activities are enhanced through technology, which also helps people to perceive its effects visually such as in Lozano-Hemmer’s Frequency and Volume where technology being used is being recorded and visually traced. 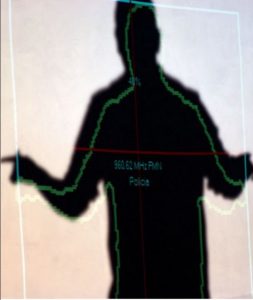 To me, it is not surprising to me that human perceptions and reactions through technology can create an active response as shown in Lozano-Hemmer’s works. Technology has already become such a big part of our lives. Almost everything we do involves technology; even the toilet flush. While it can aid us in improving the way we do things, I feel that too much of it can be detrimental instead because we become lazier and more dependent on technology to make things work.

Ultimately, in an experimental art sense it is very interesting and unique but I hope that it does not displace traditional art and representation, just like how it should not override the globe with its over-reliability.