Brief: Equipped with simple sound and haptic (sense of touch and motion), make a device that informs a person about the content of a message without being disruptive to his or her entourage (e.g. meetings). 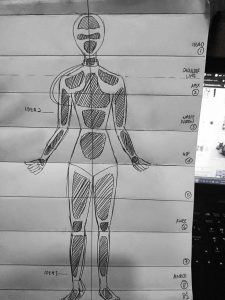 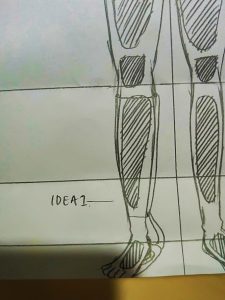 In commemoration of a Singapore Healthy Society!

<Curing the Couch Potato Syndrome> is a project which encourages people to exercise, while this will be informally broadcast to the public. It will utilize an arduino, along with pressure sensors and LED strips. The pressure sensors will be located underneath the feet, sandwiched between protective sponge and fabric to be inserted in shoes. The LED Strips will be slotted into sewn pouches, along a wearable that resembles a shin guard, and will be elastic for ease and comfort. This device is an identifier for lazy people and for shaming them for not moving enough per day. When the person begins the day, they can put on their shoes and along with the pressure sensor pouches (activated by arduino and a portable power source) and also put on the shin guard wearable as shown in the picture. The colour will start off as Red, indicating a dire need for exercise and to shame the person for not having exercised for the day. Time to be active!

As the person goes on about their day, their footsteps will be detected by the pressure sensors underneath their feet. There will be a counter in place, and after hitting a targeted number of steps, the colour of the led strips will start to change. (Considering to do a colour wipe effect for every step taken but see how). The meter is as follows:

Red represents the least exercise taken. It tells the public BOO you are so lazy!!

While Green (representing approval) shows that the person has maxed out their targeted footsteps. YAY, you are so active and hardworking! The public is proud of you!

Alternatively, the LED strips can represent a Health or Battery Bar instead. The more you exercise, the more the bar will fill up and when it hits maximum light capacity, it means that the target has been met.

The target steps can be set at the start simply by editing the arduino code and re-inserting it back with the device. 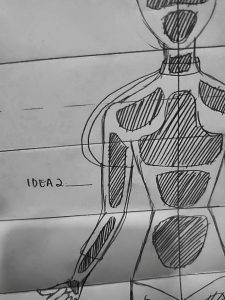 The concept for this idea revolves around traumatized victims who has suffered abuse, be it physical abuse or sexual abuse. These people usually have withdrawal symptoms due to trauma, and find it hard to accept touch from other people in fear of being injured by the violence they faced in the past. However, what normal people don’t seem to realize is these people need to be given personal space and dislike being touched. They continue to touch them casually even in an act of supposed good nature, not knowing that the simple action has caused these past victims to feel uncomfortable.

This is also in inspiration of trains in Japan, where many people are often molested on the sardine-packed trains of Japan. However, due to outrage of modesty and embarrassment (which is something taken very seriously in Japan), they usually will themselves to remain quiet to prevent awkwardness in a place jammed pack with the public, and have to suffer in silence and discomfort by themselves. Also at times, the train is too crowded for them to signal to someone about their situation anyway…

With an aim to be a social awareness therapy device, <Don’t touch me I’m scared!> is a device which utilizes an elastic hand band (for ease of wearing and comfort) which covers the middle arm. This arm band is embedded with removable pressure sensors. This device is connected to a neck ‘bracelet’ that has an LED strip embedded inside it. This resembles a noose, acting as a visual representation of how emotional trauma can affect one’s life very crucially. (i.e. one can be driven to suicide when their emotions have suffered too much, etc…) 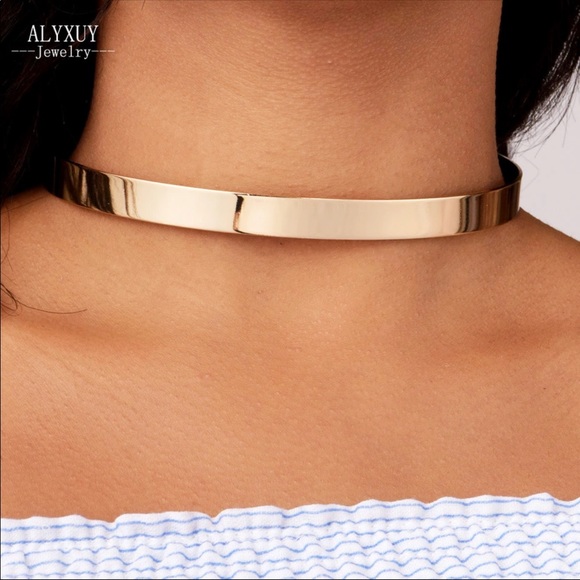 The LED Strip will remain green, but upon someone touching the arm of the person wearing the device, the light will change to red; a silent SOS to the unknown fella about “PLEASE DON’T TOUCH ME SO CASUALLY, I’M UNCOMFORTABLE because I have reasons to be…”.

This reduces the need for a traumatized victim to force herself to voice out her discomfort because a visual cue has been set in place, and also to alert others that they have to be careful about treating this person. I believe that such a device can be potentially helpful as an aid during therapy when victims try to overcome their physical contact trauma.