The first project was about creating planes by sewing threads onto paper (draft)/ Acrylic plastic (final). The final structure had to look presentable 360 degrees, and minimal support for sticking threads in place could be used. 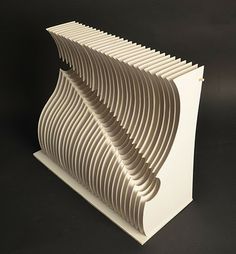 I aimed to create a wave-light structure at first, because not only is it elegant, but it is also smooth.

However, I realized that it became a problem because while one panel may appear smooth, the other side is neglected. If I tried to apply the same waves on the other side of the panel, the threads would come loose on the first side.

It was annoying, but I had to prioritize the criteria set for the project over the beauty of smooth curves. 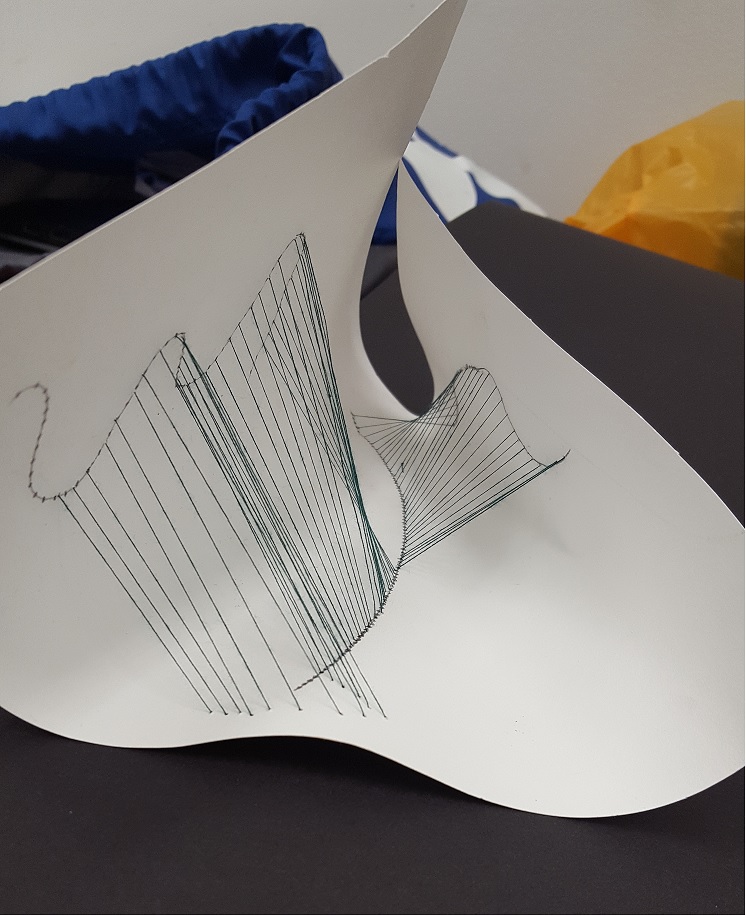 Afterwards, I experimented with more colour combinations and perspectives. I made use of bright and light coloured threads with black paper, because I was unaware that the final material was going to be a transparent Acrylic. Oh well, when life throws you lemonade you have to throw lemonades back.

So more experiments underway… I had a terrible time securing the back ends of the thread. 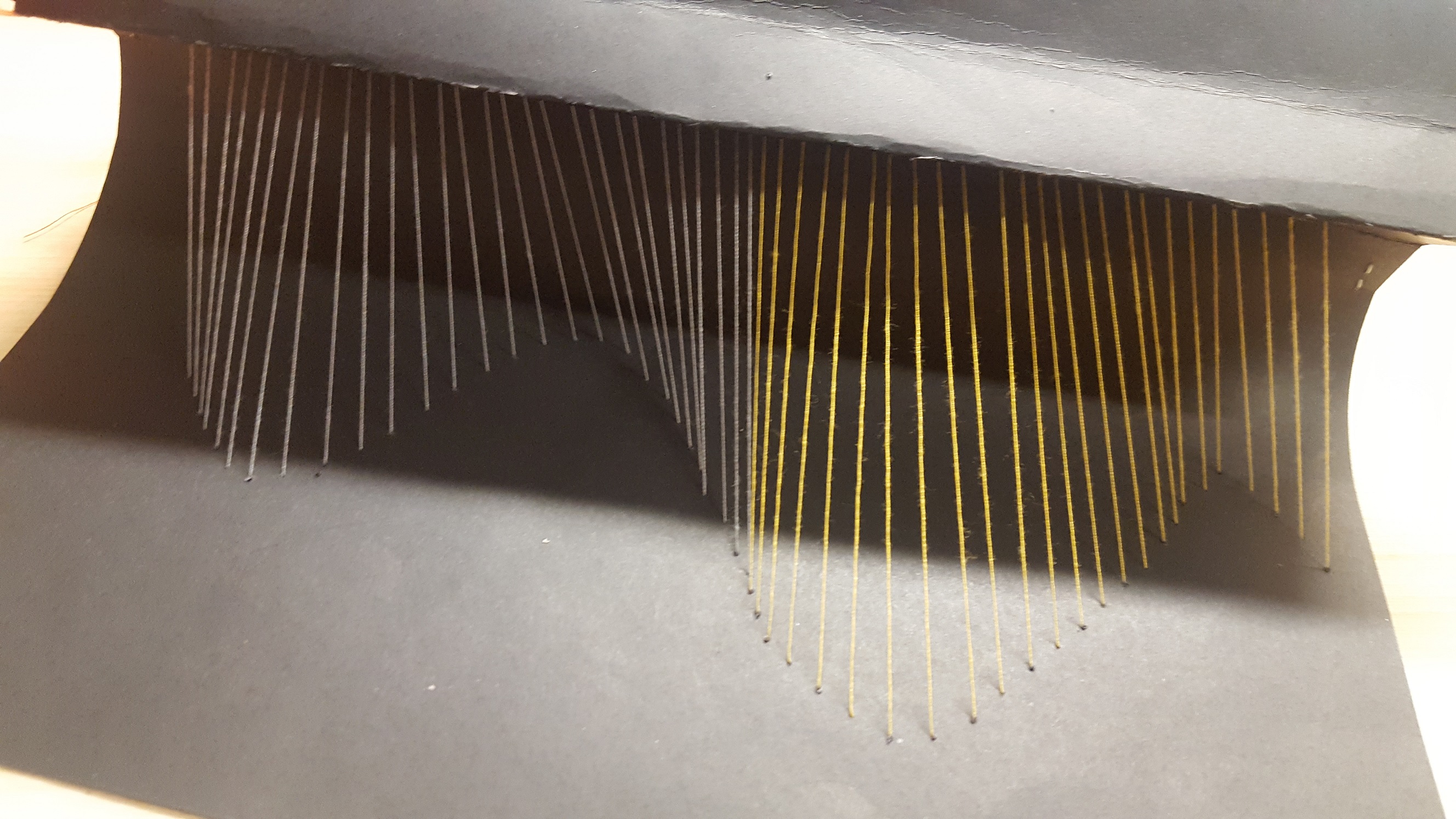 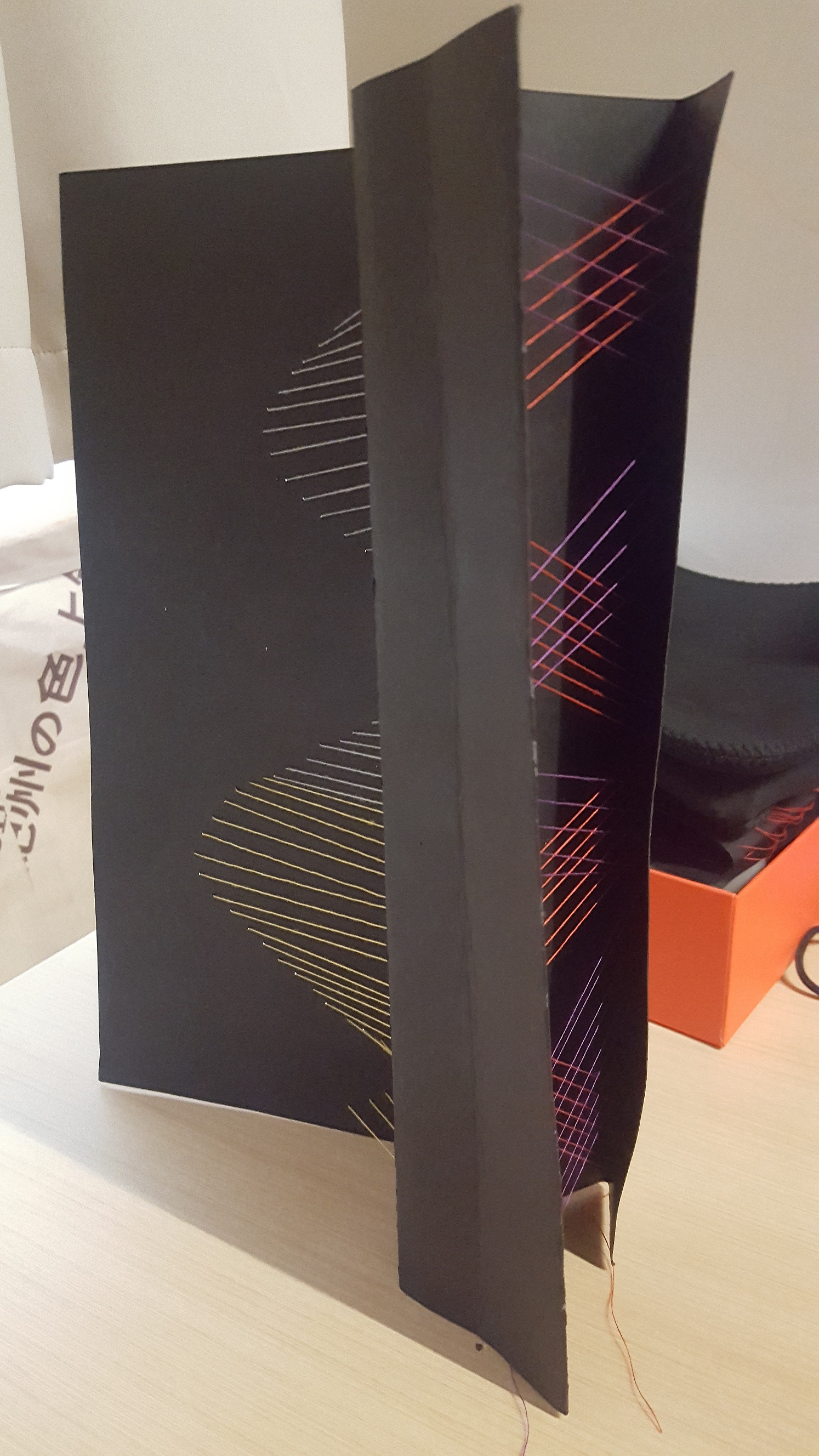 Tried to make another perspective… 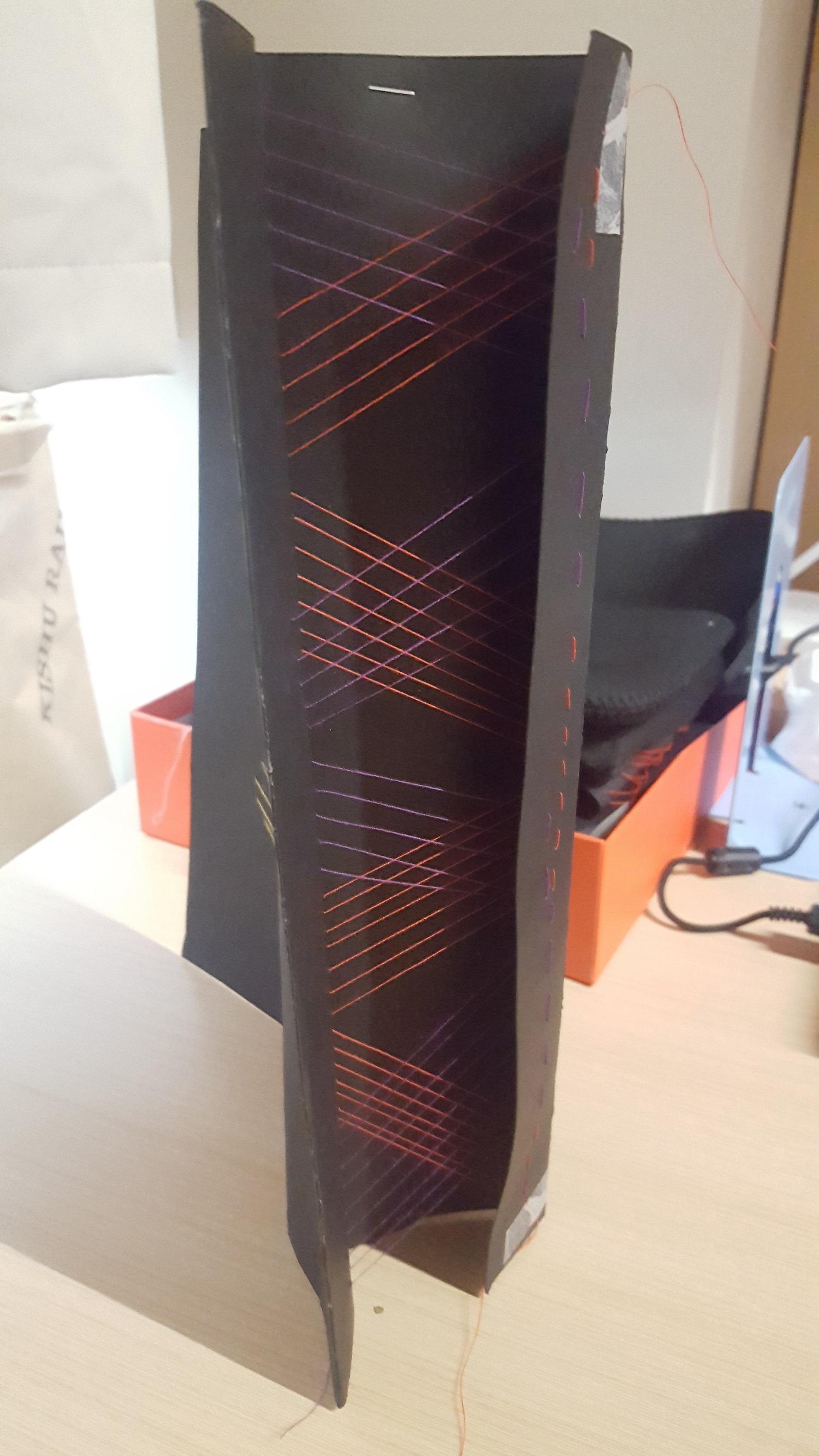 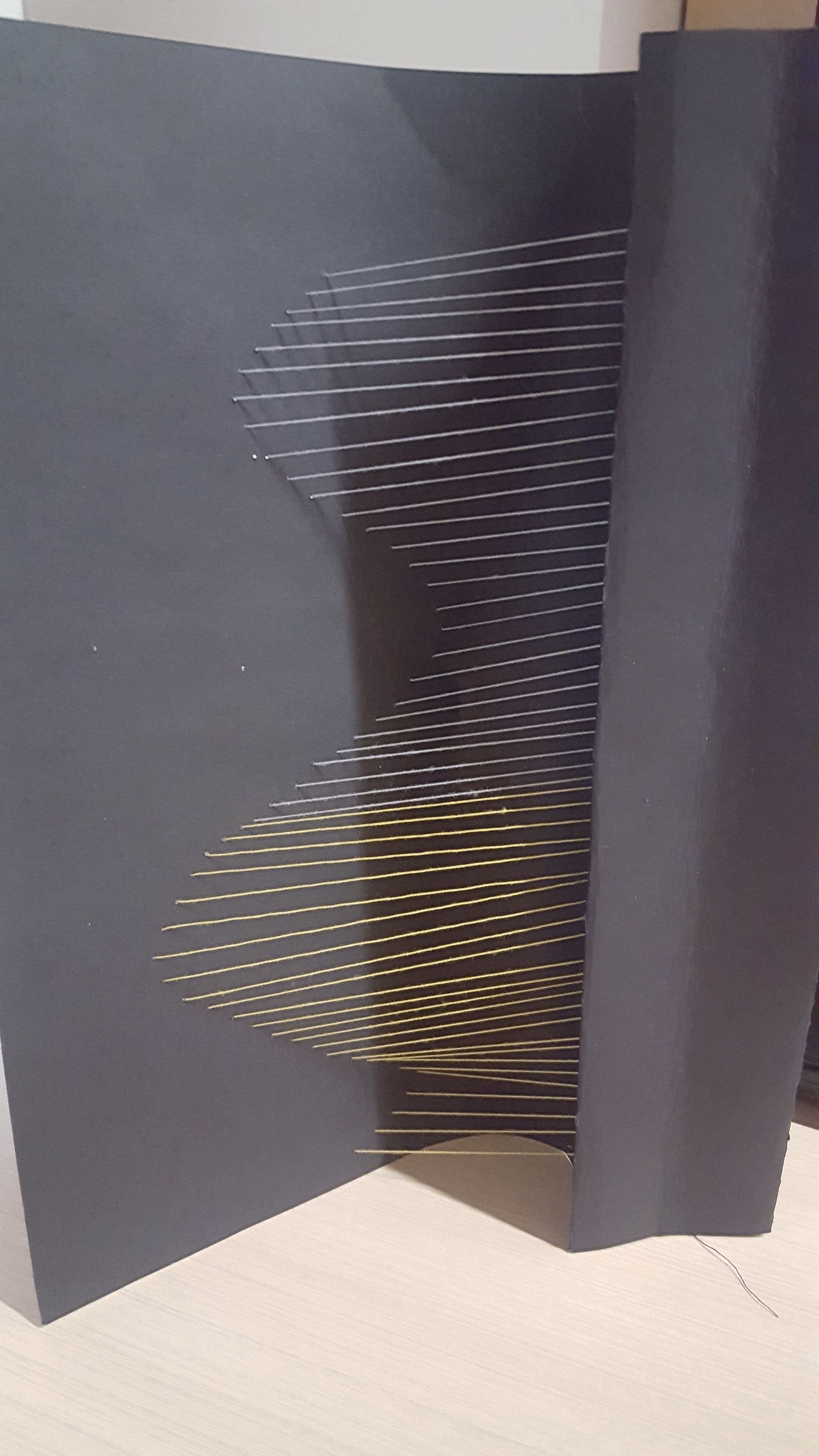 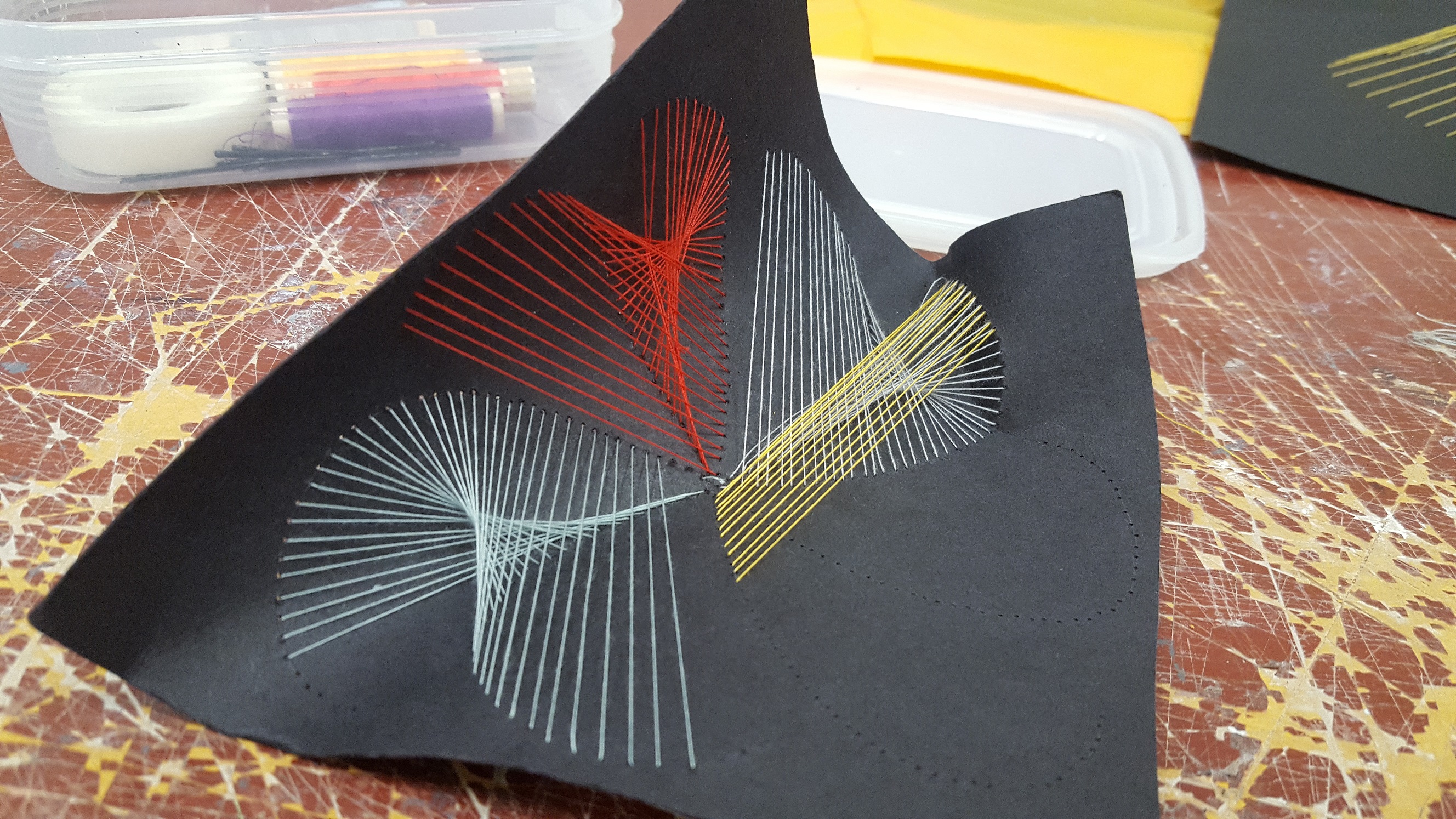 I tried to combine different patterns, but apparently it was not 3D-esque. It looked more like embroidery. I had to try again… 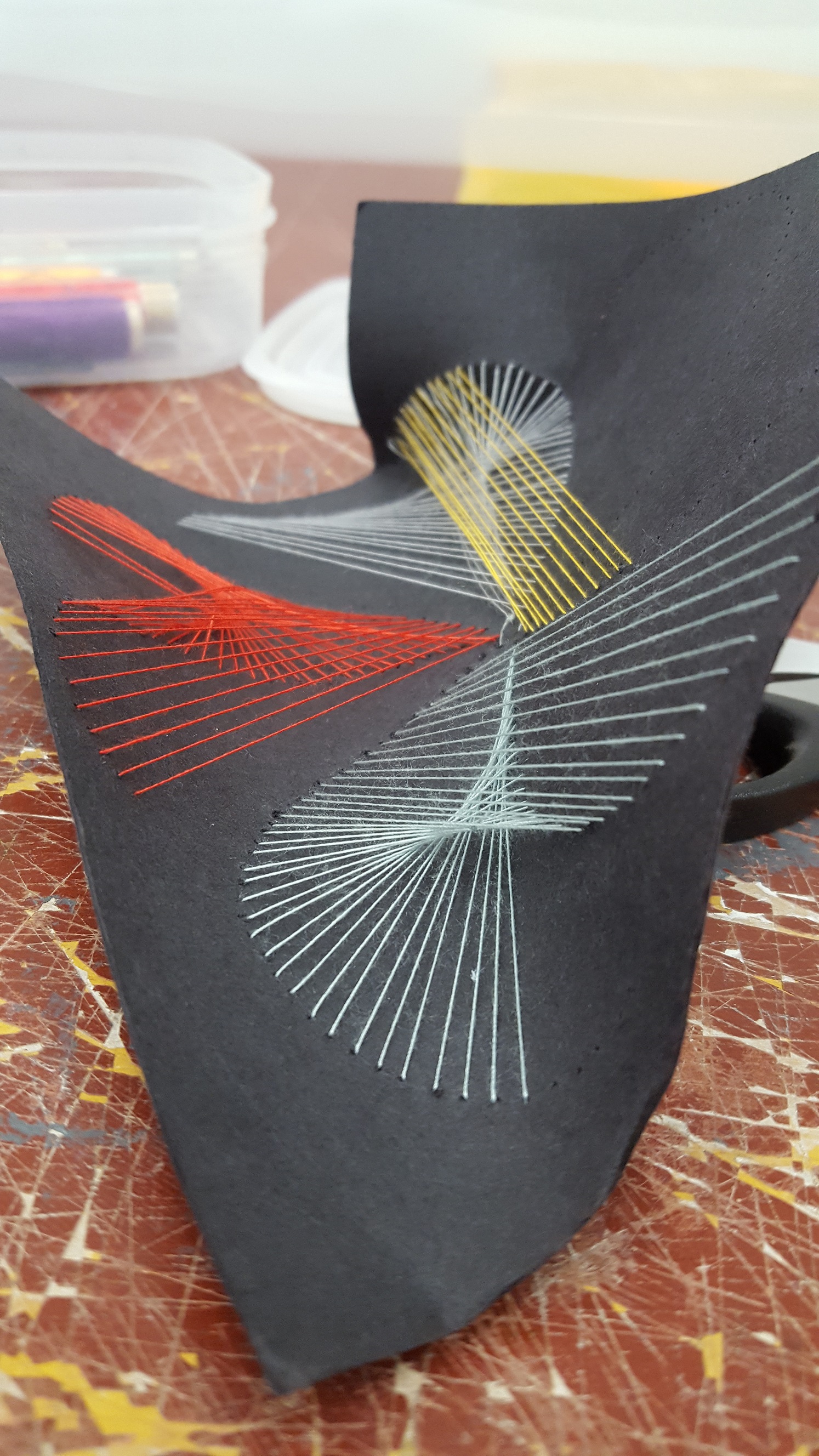 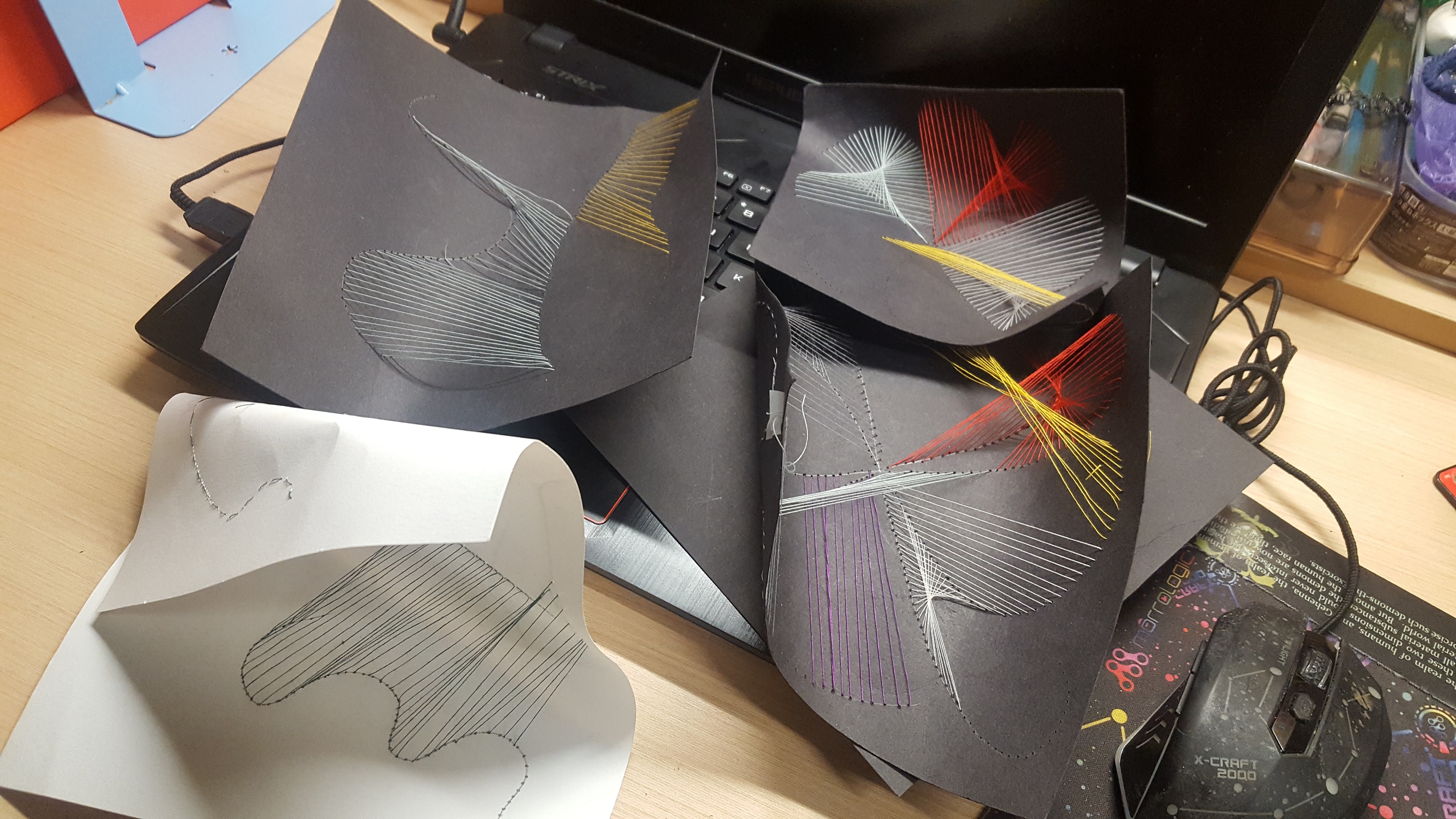 At last I explored different options and decided that I did not want to do a spiral curve structure like other people mainly do. I wanted to go for something special. In the end, I decided that I wanted to sew planes together- so that they ended up like a cube. It was going to difficult because each plane had different angles when the thread gets pulled together to form a 3D plane, but I was going to try or die trying.

The final product, to me, was quite improvised. Acrylic plastic and paper worked really differently; acrylic was harder and less flexible, hence creating higher tension when I pulled at the thread. In the end, I had to force-fit the four planes together to form a cube because the Acrylic was too hard to be bent in other ways. I secured the planes together with more thread. I would really employ darker threads against such a light background in future, but my fingers would commit suicide should I have decided to redo my structure. Bless my tiny soul. 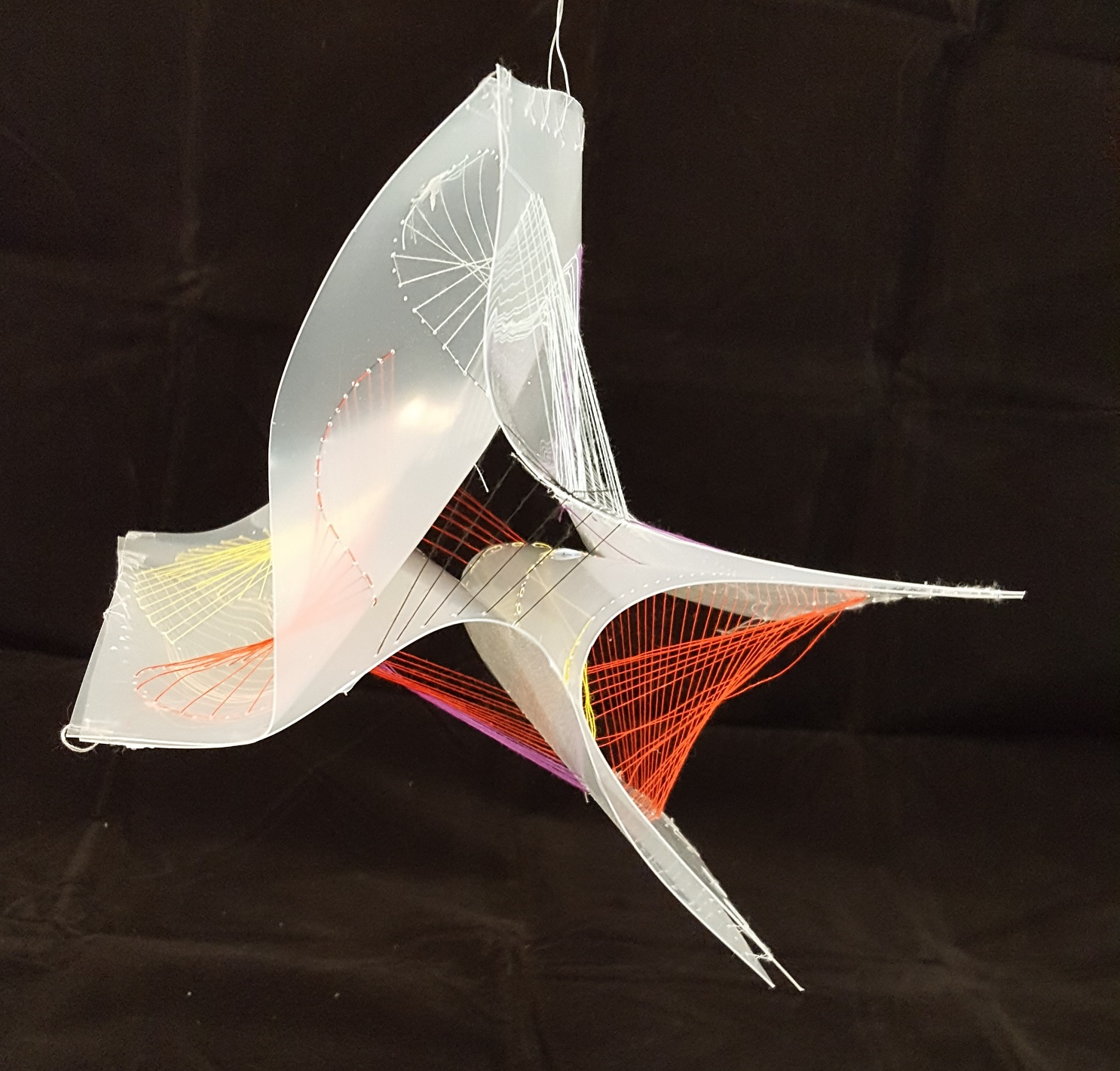 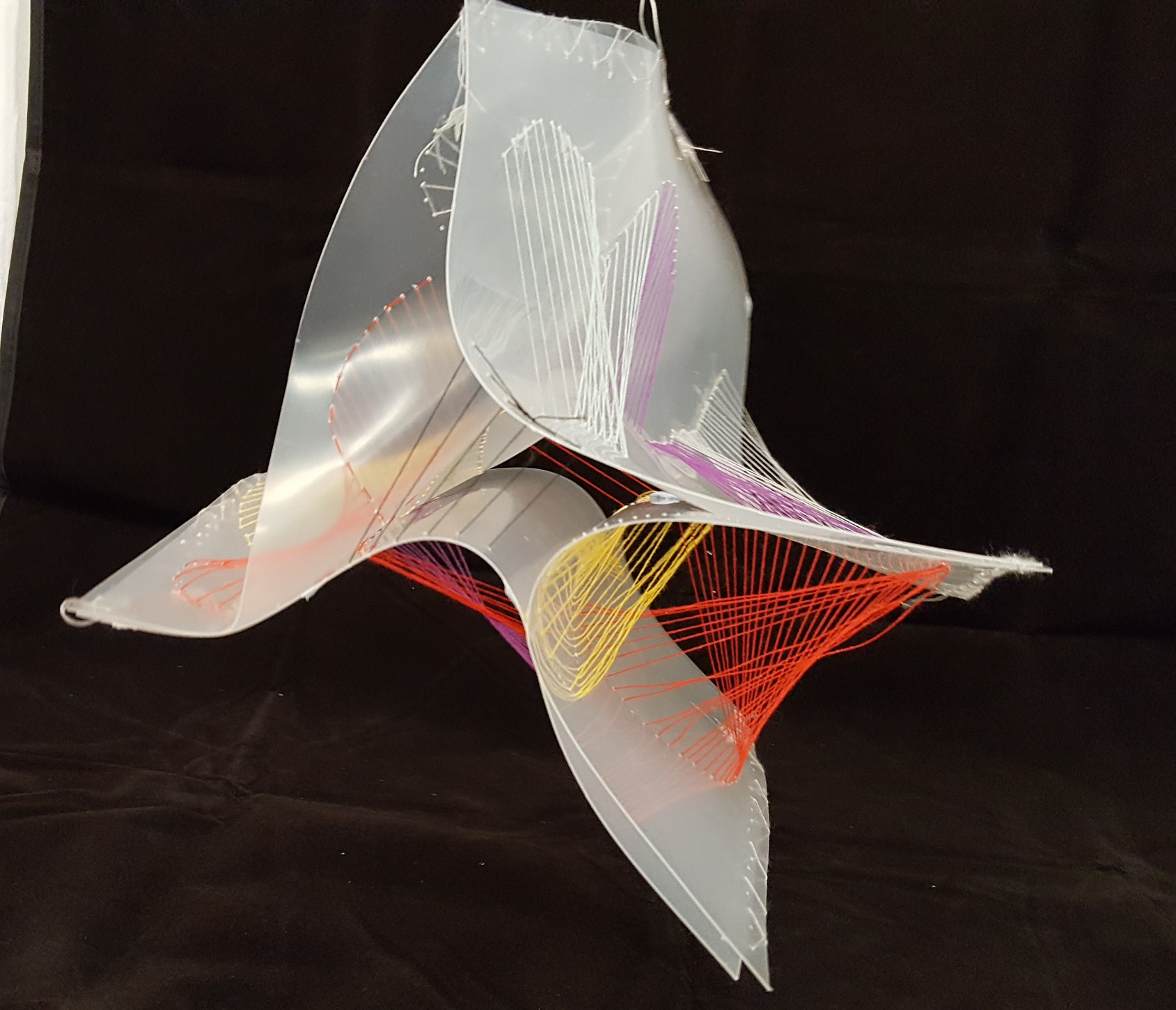 I am so glad this project is done.

I should have tightened the threads better though.