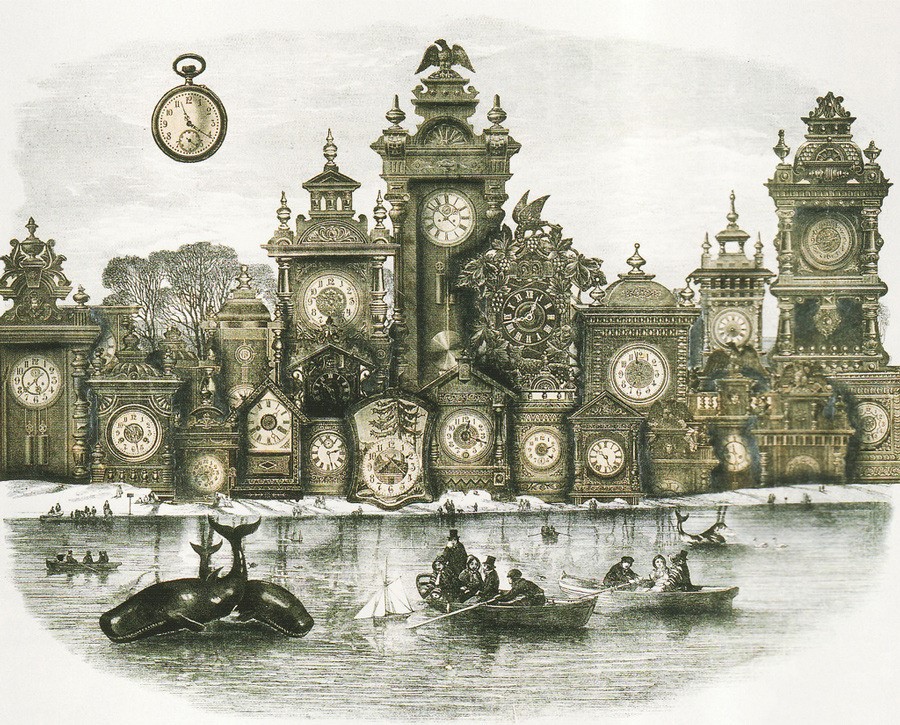 What captivates me about this work is how there is irony present. Despite the title indicating that time is lost, there is an abundance of clocks to tell the time everywhere, except that they are all telling different timings. We can also highlight the loss of direction, indicated by how common facts have been subverted. An example points at how the whales are stranded despite being in water. Also, the proportion of the whales to the humans in the boats indicate confusion when it comes to sizing, since the boats of humans are not much smaller than the whales. The sun, a universal indicator of time, has also been replaced by a pocket watch, which defeats the purpose of telling the time since the clocks in the city are haywire. These facts messes with our perception of what is right and wrong, emphasizing further on the element of being lost. 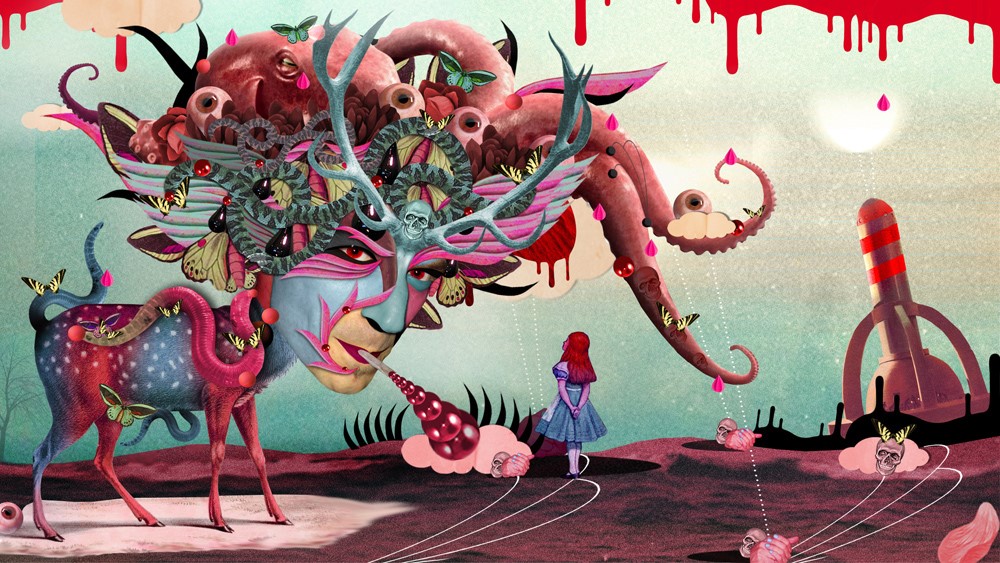 I enjoy this piece of work because it defeats the stereotype where the Beast is a fearsome, dull and animalistic mammal. However, in this visual, the beast is colourful and based off a human characteristic. This may imply how the real beasts are humans, instead of an animal. As the saying goes, the colourful ones are the poisonous ones. With the different bright colours making up the beast, it hints that the beast is riskier than the usual one in our fairy tales. While the more obvious characteristics like antlers, deer and butterflies are present, it conceals the dangerous and scary details such as skulls, eyeballs, snakes and even tentacles (to trap). It further emphasizes on how the beast is potentially dangerous. Hence, Brostean has allowed us to re-imagine how a beast should be like based on our own knowledge, while retaining the concept that beasts should be cautioned against.