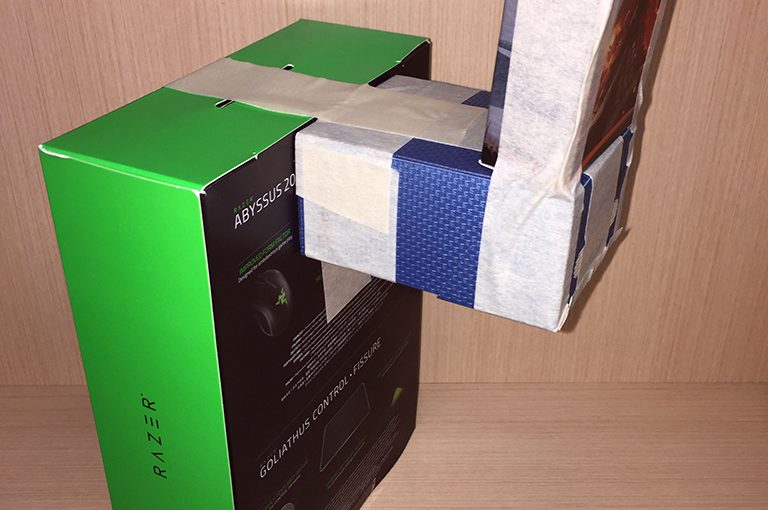 I will confess, I don’t really get Foundation 3D class. We seem to be exploring three-dimensional forms and how we perceive them, except instead of working with clay sculpting or CAD software, we’re restricted to wedging three boxes of varying sizes on top of each other. There’s abstract sculpture, and then there’s… well. How do you express anything with three boxes? I feel like I’m missing the point of these exercises.

In any case, the theme I’ve been assigned to convey through my box arrangement is — wait for it — ZING.

What, exactly, is a ZING? Why does it sound like the brand name of an ill-advised isotonic drink? And how in tarnation am I going to convey the concept with three random boxes I found around my living room?

I turned to the online Merriam-Webster dictionary to clarify my doubts. Here is what this esteemed institution has to say about the word ZING:

2 a :  an enjoyably exciting or stimulating quality

b:  a sharply piquant flavor

We can assume that “a shrill humming noise” and “a sharply piquant flavor” won’t be relevant to our sculpture, since my boxes are silent and of questionable gastronomic value. This leaves us with the task of portraying “an enjoyably exciting or stimulating quality.”

How then do we accomplish this with three boxes?

Boxes are not particularly exciting or stimulating objects. They don’t do very much to inspire the senses. They have six surfaces at right angles — perhaps a mechanism to open and close — and that’s about it. Furthermore, we aren’t allowed to make use of any existing decorative elements the box already has.

This means that if we want to capture ZING, we can’t rely on the individual form of each box. Instead, we must use the relationship between the boxes. We must arrange them in some way that expresses excitement and joie de vivre.

(Did I mention that they have to be at right angles to each other? Yeah.)

I decided to break down the theme further and think about the elements of excitement. What makes a form exciting? An unexciting object would be humdrum, ordinary, and beneath attention. In contrast, an exciting object would seem lively and in motion — dynamic as opposed to static. It would also draw the viewer’s attention and stimulate interest.

Now there are two concepts I can work with. Dynamism can be accomplished through diagonal lines, as well as swooping lines suggestive of motion. I could use my boxes to suggest direction and movement. Meanwhile, to draw attention, I could subvert my boxes by breaking up their right angles, creating unusual forms that are distinct from everyday objects.

Armed with these concepts, I started taping things together to see what I could come up with. 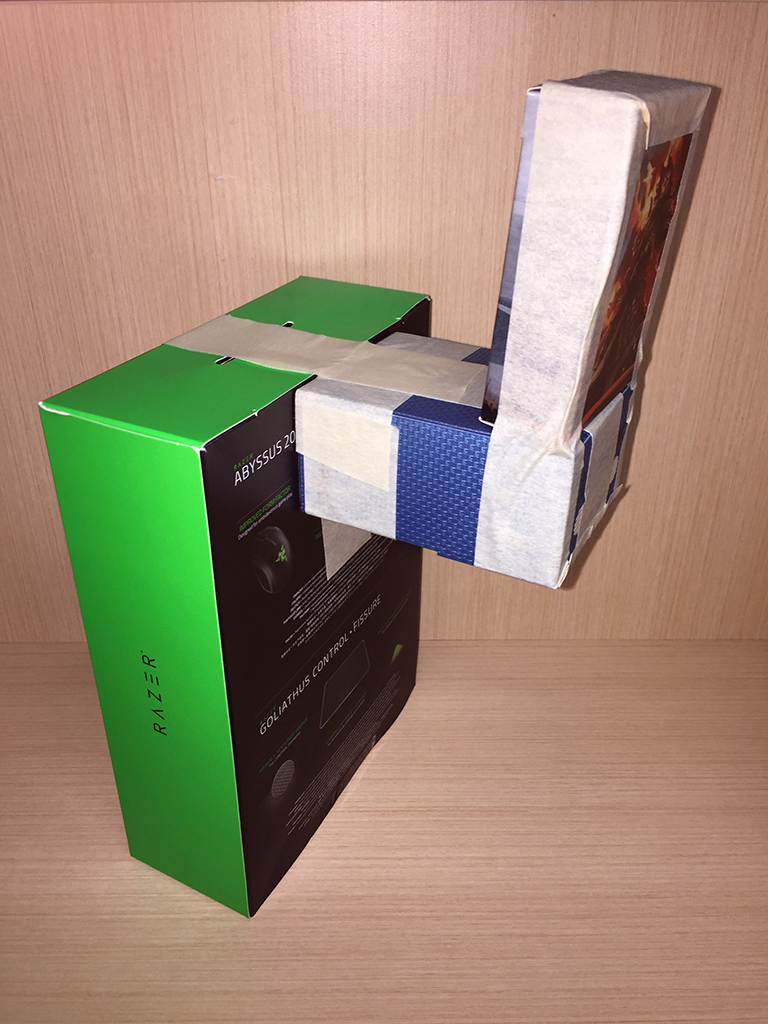 This model was inspired by diving platforms. The two larger boxes represent the structure of the platform, while the smallest box represents a diver that is about to jump off. The zig-zagging shape also creates a flow from the base of the sculpture towards the “diver,” emphasizing the sense of movement. Here, then, the large green box is the dominant element; the smaller blue box is subdominant; and the smallest red-and-gray box is subordinate. (At least according to what Cheryl said in class.)

Unfortunately, I feel that my goals were not met with this sketch model. For starters, it’s still rather stable, thanks to the symmetry and the right angles dominating the piece. It doesn’t feel as dynamic as I would like. There’s also the issue of it only being visually interesting from certain angles. As you can see, when viewed head-on from any direction, elements of the sculpture are obscured and the meaning is lost. 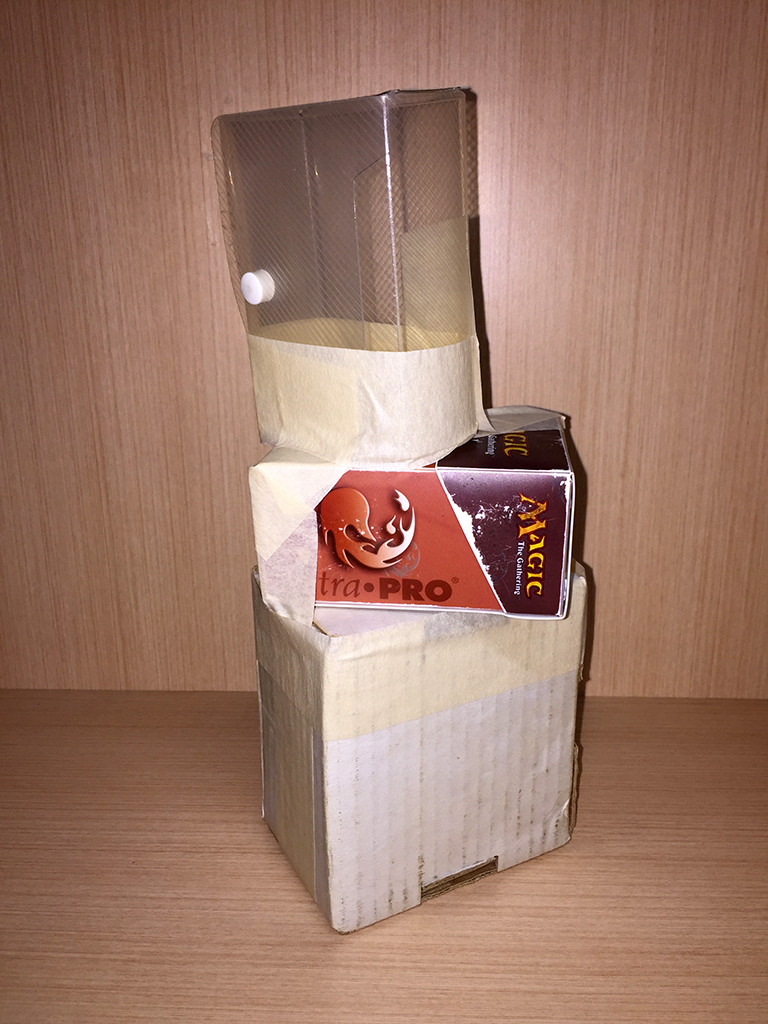 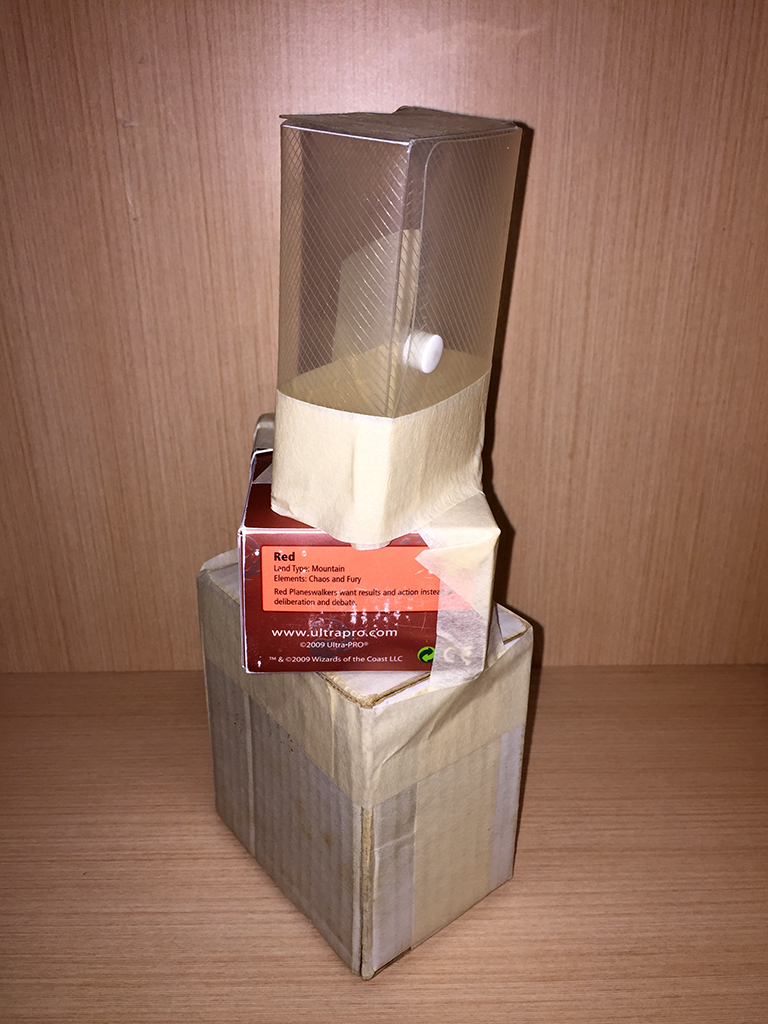 For my second sketch model, I decided to abandon symmetry and mathematical perfection. Instead, I was determined to subvert the shapes of my boxes as much as possible within the “right angles to each other” restriction. This sketch model shows me trying as hard as possible to make a series of haphazardly stacked boxes that will still stay attached to each other with tape.

Similarly to the first sketch model, the dominant element lies at the base, with the subdominant element and subordinate element trailing in order upward through the sculpture. I feel that this creates a sense of upward mobility, from a stable base up towards an unstable apex. Furthermore, the funky angles in this model break up the monotonous straight lines and allow it to present an irregular silhouette from almost every side.

All in all, I feel like my second sketch model is a decent representation of ZING within the constraints I was given. Over the coming week, I’ll post further updates showing more refinement of the concept using foam blocks… and whatever we’re supposed to do next for Foundation 3D.