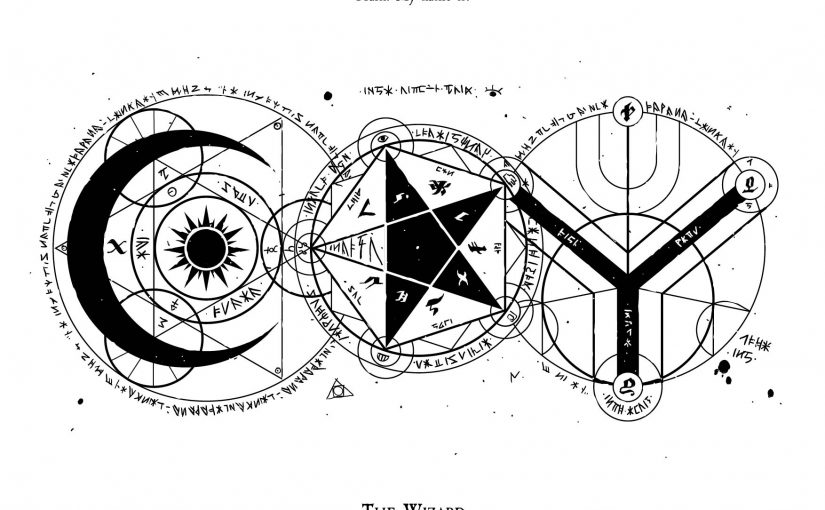 Long, long ago, when dragons and gods still roamed the land, there were four brave adventurers that met in a tavern; and, noticing one another, they introduced themselves with the phrase:

For this project, I decided to use four professions or jobs that didn’t exist in the real world. Instead, I would take inspiration from fantasy role-playing games (RPGs), such as Dungeons & Dragons, Final Fantasy, and World of Warcraft.

RPGs, and media inspired by them, often feature a group of heroes adventuring through a fantasy world. But these heroes often conform to certain character classes, or character archetypes, which correspond to different kinds of heroes. In particular, the four basic Dungeons & Dragons character classes — fighter, rogue, cleric, and wizard — show up in almost every fantasy RPG. I decided to use these archetypes as the basis for this assignment.

All of the following designs were created from scratch in Adobe Illustrator, using only black and white. The font used for the caption is Caslon Antique.

The Fighter Accepts the Challenge 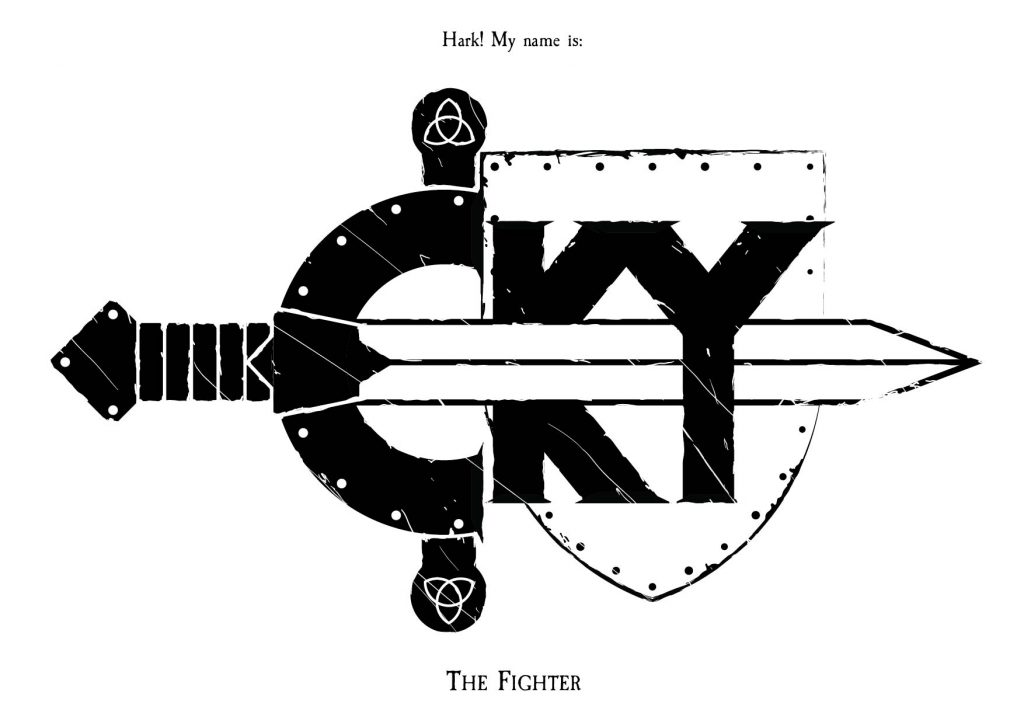 When we think of a fantasy hero, we usually think of a knight with a sword and shield. The fighter is that hero: an adventurer who fights evil with force of arms. Tough and determined, the fighter is the one who wades into the thick of battle and defends his allies with blade and steel.

When designing this piece, I decided to make the text massive and chunky to reflect the fighter’s brute force approach to solving problems. The rivets are meant to evoke heavy armor, and the sword and shield are meant to drive home the martial focus of the warrior. Finally, the entire composition is weathered to give it a battle-worn look.

The Rogue Strikes from the Shadows 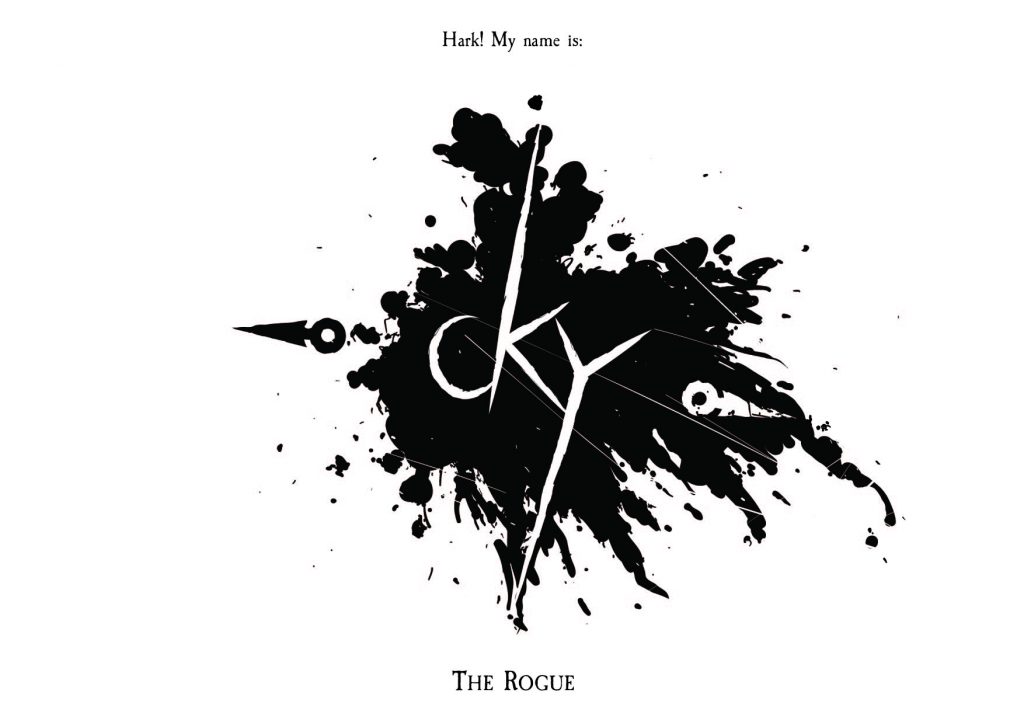 The rogue is a trickster, an anti-hero who keeps to the shadows and takes down the corrupt. Rogues in fantasy media are often called thieves or assassins, as they’re well known for picking locks, setting traps, and stabbing people in the back.

This piece focuses on the assassin aspect of the rogue. It emphasizes the long, jagged knife points of the ‘k’ and ‘y’ letters in my initials, rendering them as if they’ve been carved into a stone or wood surface with a dagger. The throwing-knife-like ornaments and blood splatter are just there for effect. 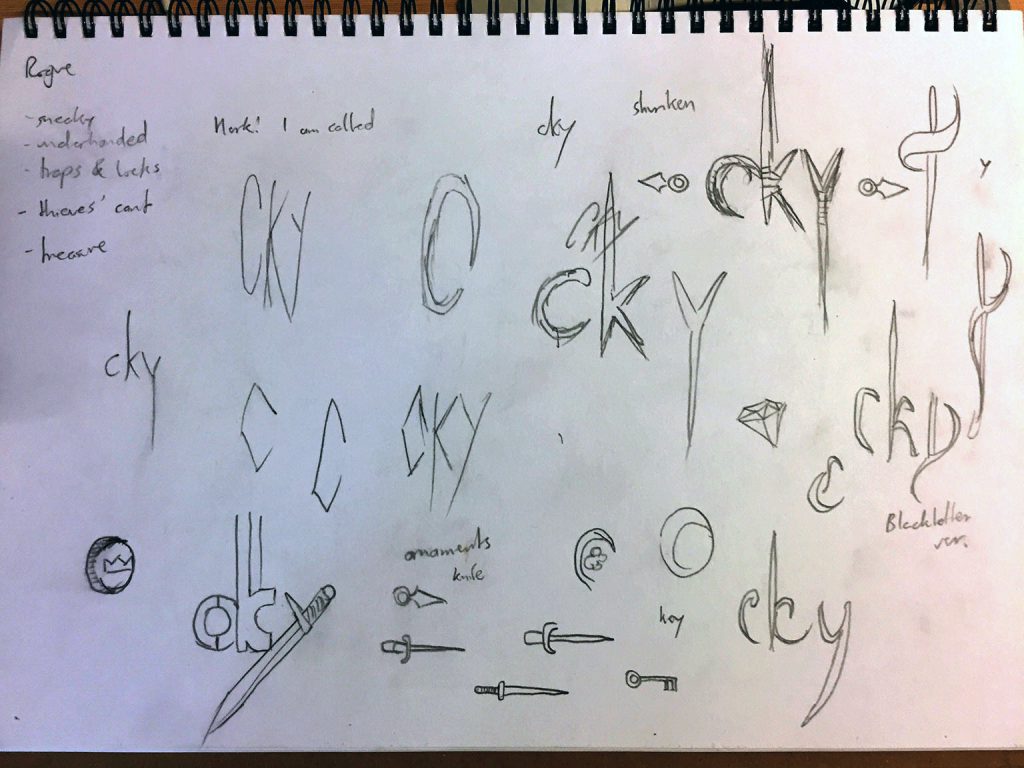 Initial sketches for the rogue

The Cleric Beseeches the Gods 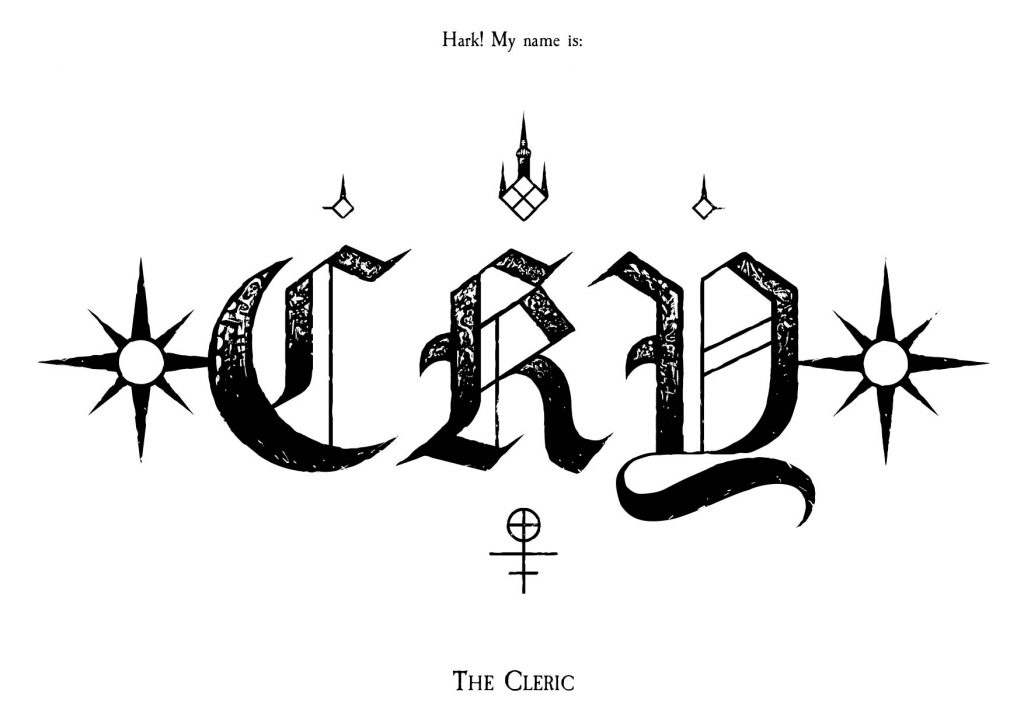 The cleric is a holy warrior who uses the power of the gods to heal the innocent and smite the guilty. In Western media, heroic clerics tend to be heavily armored crusaders or paladins; in Japanese media, the cleric is more often a “white mage” or spell-casting priest.

This piece was inspired by the ornate heraldry of medieval Crusaders, as well as medieval Bibles and illuminated manuscripts. I used blackletter to create a gothic knightly atmosphere. As I didn’t want to explicitly reference Christianity, I opted for suns and ankh-like symbols to evoke crosses without actually using crosses.

The Wizard Unleashes the Arcana 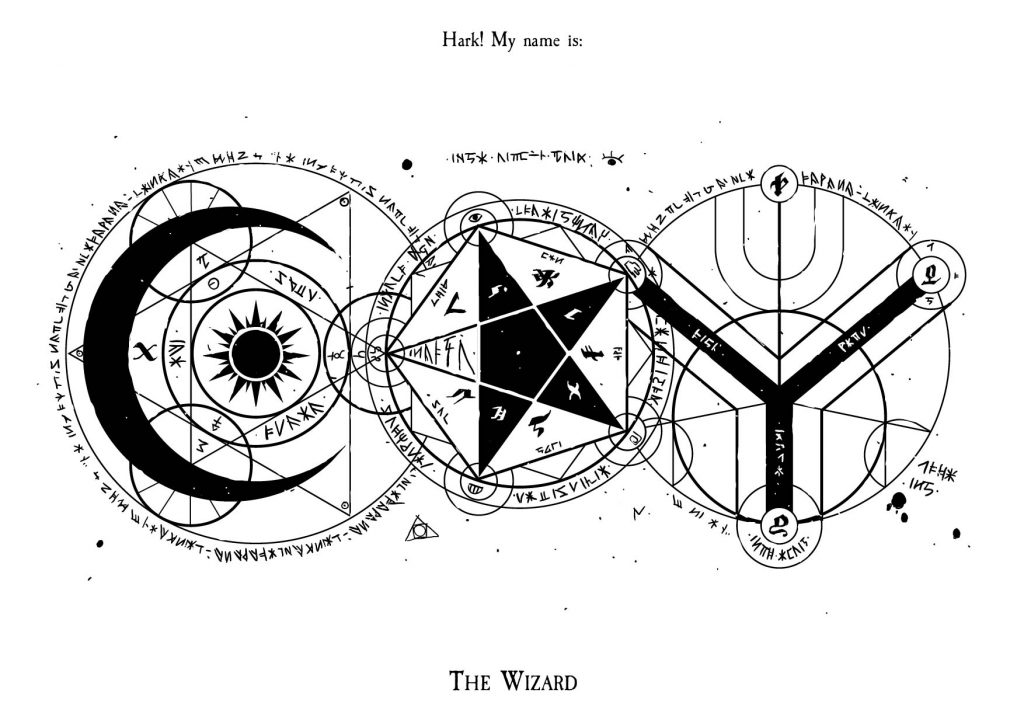 The wizard uses mysterious knowledge to cast spells and invoke the forces of the universe. Depictions of wizards in RPGs often take inspiration from the European hermetic tradition of magic: as magic was outlawed by the Christian church, practitioners of magic obfuscated their writings with ciphers and arcane symbols.

With this composition, I decided to play off one of the most common visual tropes used to represent magic: a ritual circle, or summoning circle. These mathematical and precise, yet arcane, symbols were the perfect visual shorthand for representing magic. From there, I played off cosmological imagery to hide my initials in the design, and filled the remaining space with made-up runes and sigils.

One thought on “Graphic Form Project 1: Hello, My Name Is…”