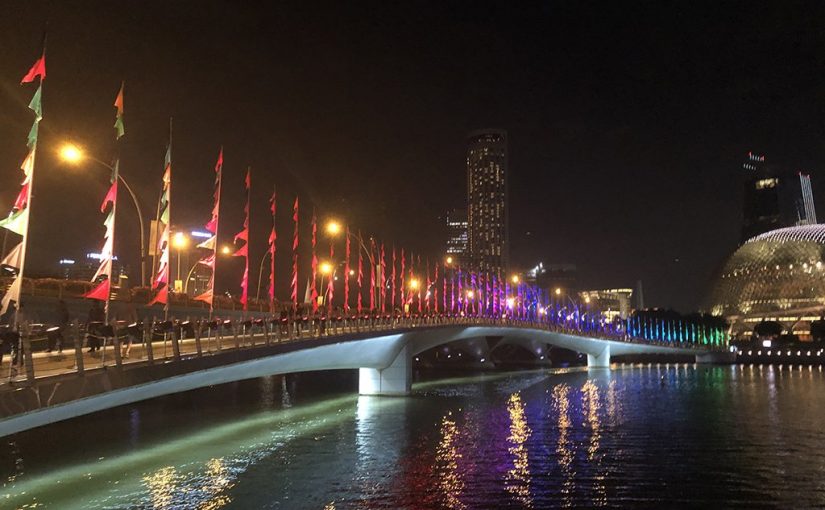 For my research critique I will discuss two installations at iLight Singapore: Oriflammes by Sebastian Lefevre and TIME FRAME by DONIS. 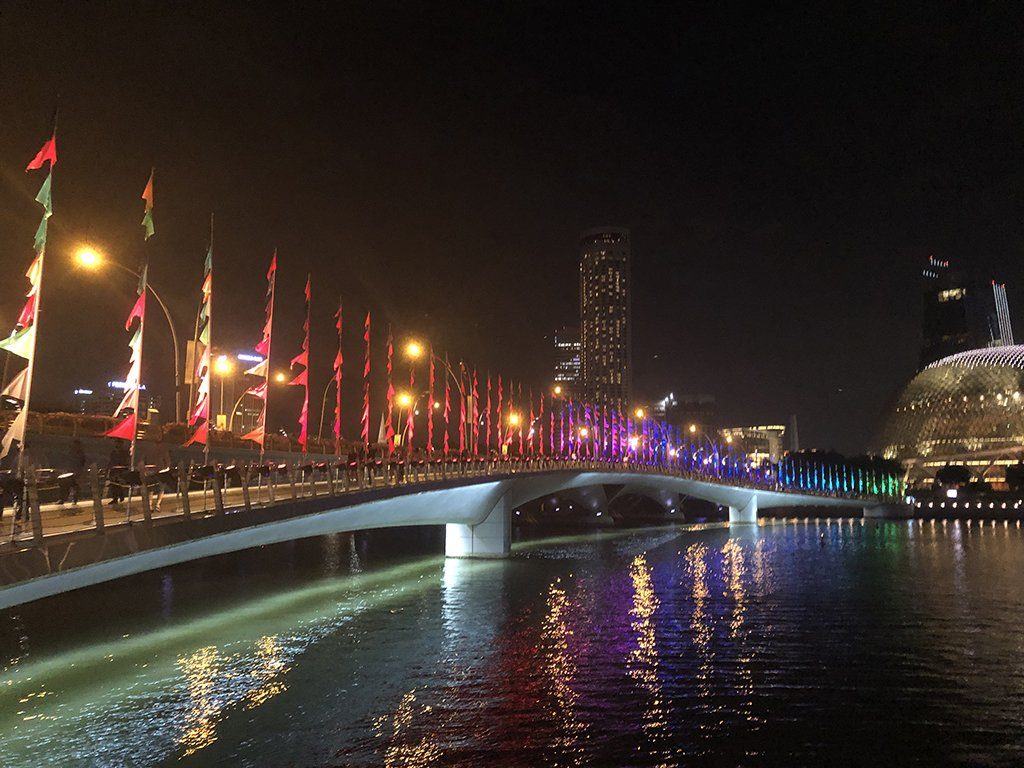 Oriflammes
Sebastian Lefevre (France)
Hundreds of vertical flags on Jubilee Bridge are animated by kaleidoscopic lighting as Oriflammes flaps with the gentle breeze. Connecting two opposite ends of the waters with a dynamic display of colours, this artwork combines light, colours, and movement. Alive night and day, crossing the bridge is like a journey towards new horizons.

As I walked through the iLight exhibition area, I was immediately struck by the colorful flags of Oriflammes waving in the night air. The flags themselves are mundane, but they wear the colors projected onto them with aplomb, becoming what seems to be an ever-changing kaleidoscope.

While Oriflammes does not seem to be an interactive work at first, I would argue that the enormous public nature of the installation makes it an interactive space. Onlookers are encouraged to cross the bridge to examine the beautiful colors of the flags, turning what would otherwise be a static visual display into a multisensory immersive experience. The effect is one of crossing into an ephemeral world, a “journey towards new horizons” as Lefevre intended. 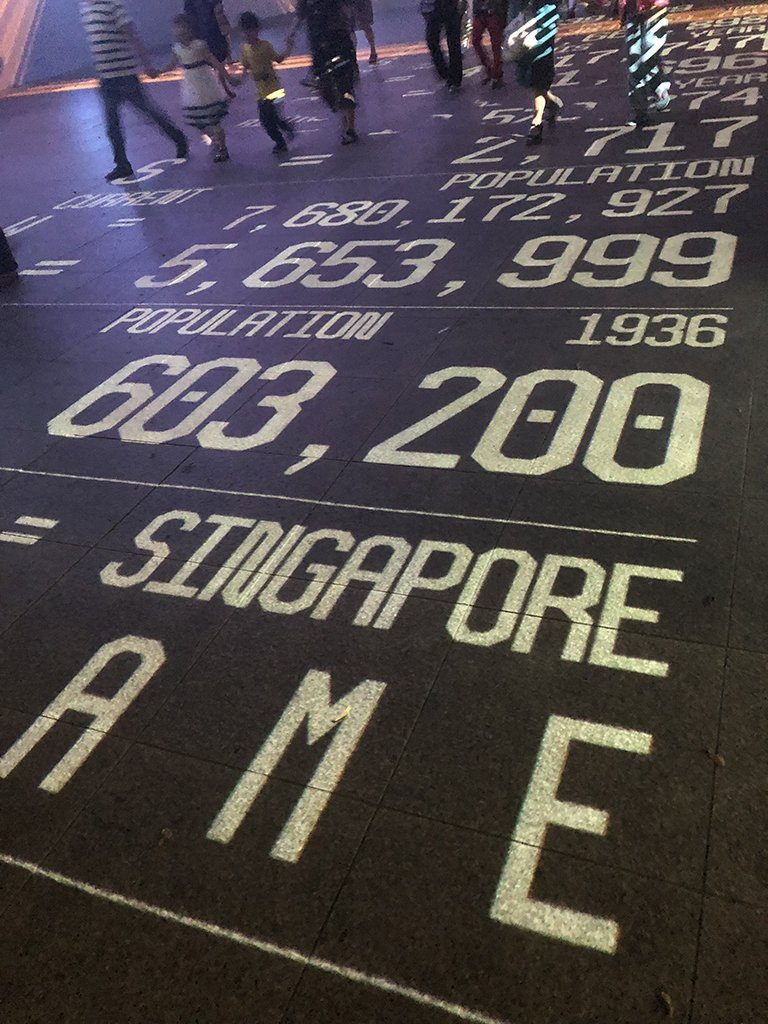 TIME FRAME
DONIS (The Netherlands)
In commemoration of Singapore’s Bicentennial, a carpet of information occurring in real time is projected under Esplanade Bridge. TIME FRAME uses information from www.worldometers.info to report, celebrate, and engender awareness of the development of Singapore in relation to the world. Pedestrians will stumble upon the swiftness of the world’s pace while contextualizing Singapore’s outstanding development. Technology and information blend in an immaterial manner under the physicality of the bridge, where TIME FRAME offers an unprecedented experience of data-human awareness in real time.

TIME FRAME is an exercise in data visualization on a massive urban scale. While the idea of collating and presenting census information is nothing new, TIME FRAME turns it into a exploratory experience by allowing pedestrians to literally walk through the data (much as we might read signage painted on the road while driving past).

A wide variety of statistics provided, ranging from the obvious, such as population, to the environmentally charged, such as number of cigarettes smoked or number of plastic bags used. This is no accident but a carefully curated selection of statistics which invites the audience to consider the environmental cost of Singapore’s growth. I’m not sure how to feel about this: while the environment is certainly a serious concern, it feels like disingenuous guerilla campaigning to raise awareness about it in a seemingly unrelated artwork. In my opinion this sort of grandstanding detracts from the focus of the piece – it would have been more effective as its own, specifically targeted piece.

Another criticism I have is the mode of data visualization. The data is displayed in plaintext and numbers, which I find rather lazy given the numerous types of infographics and data visualization methods we have in 2019. It would have been much more interesting to see “cigarettes smoked” as a pile of nicotine or “plastic bags used” as literal plastic bags projected onto the floor.

Input: Census data from www.worldometers.info
Processing: The numerical data is converted to strings and rendered to a graphics buffer, which stores its representation as an image.
Output: A series of projectors along the bridge project the stored image onto the ground.

All photos are my own work.