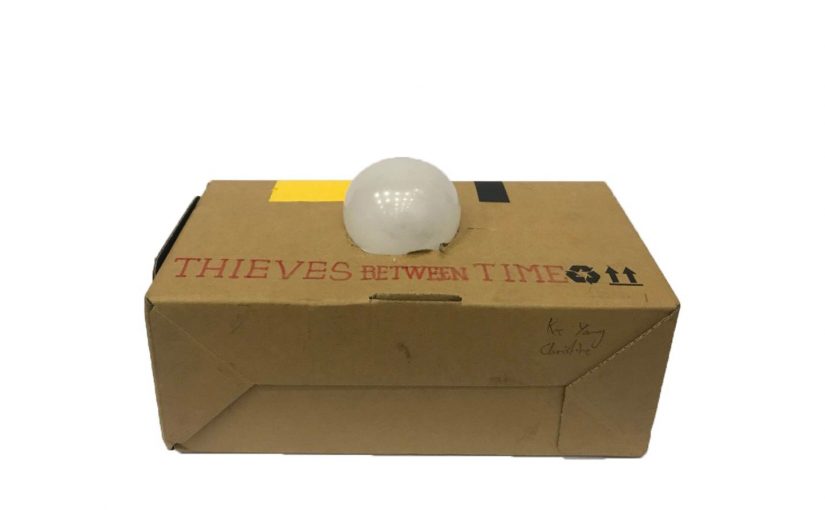 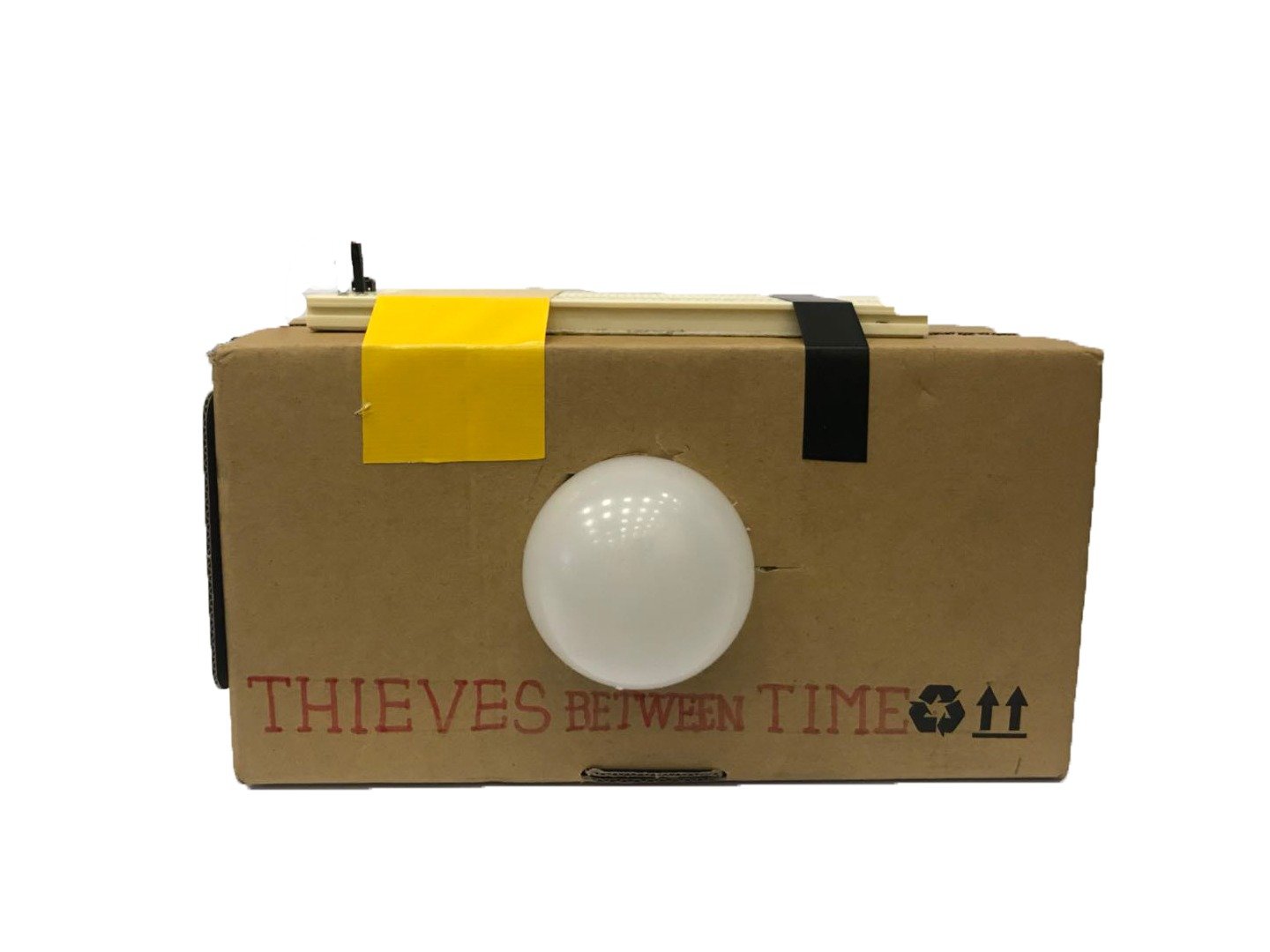 Our game was inspired by other social games such as Werewolf and hide-and-seek. Through the medium of a game, we wanted to make the theme clearer and more accessible to a general audience. Most of all, we wanted to make a project that others would find fun and interesting. Our project is, technically speaking, straightforward. It consists of a bunch of components all connected to a single Arduino. The program running on the Arduino manipulates the components to give feedback and instructions to the players, while reading input from the players through button presses to decide when to progress to the next stage of the game. 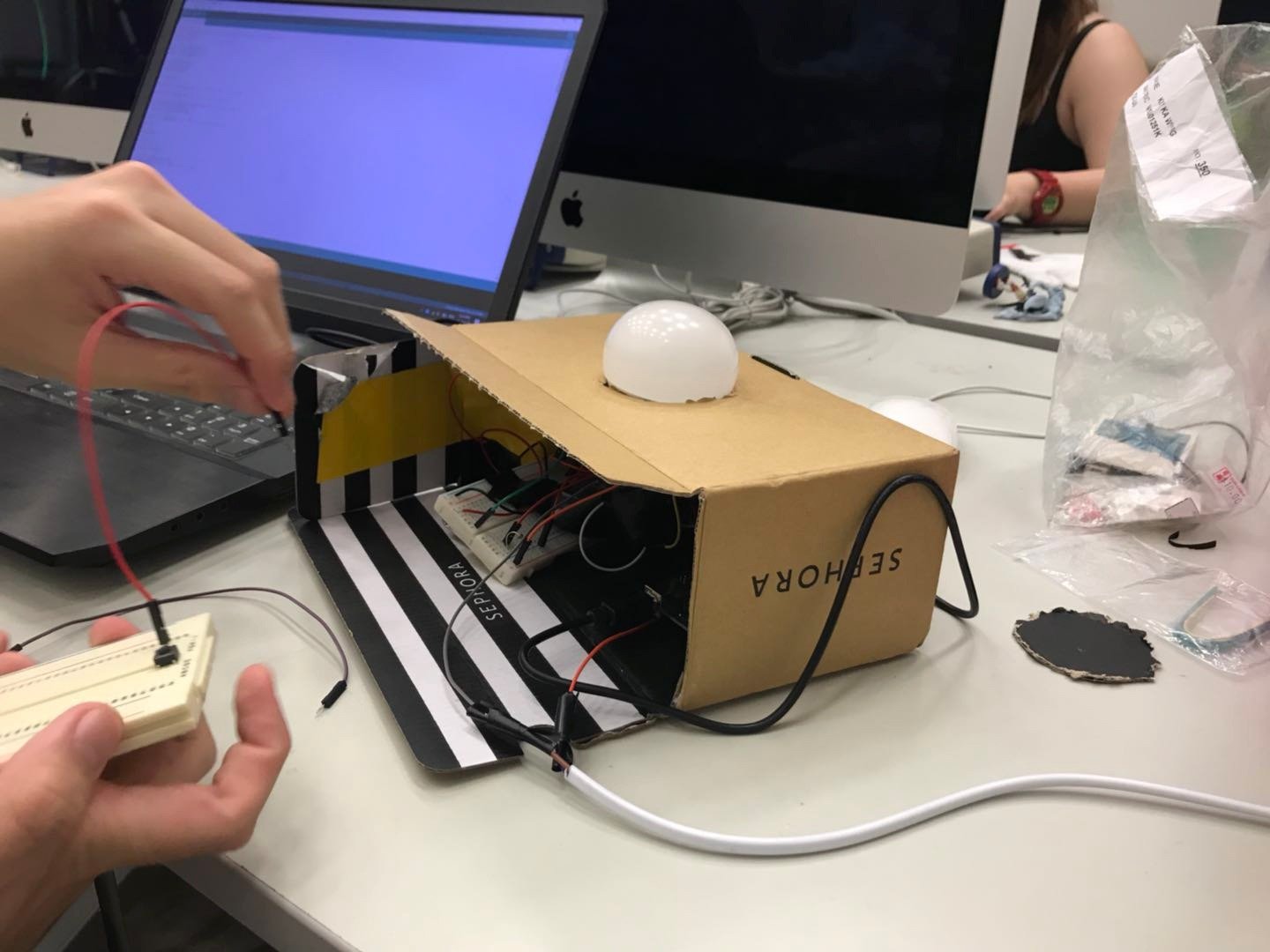 Components in our box: 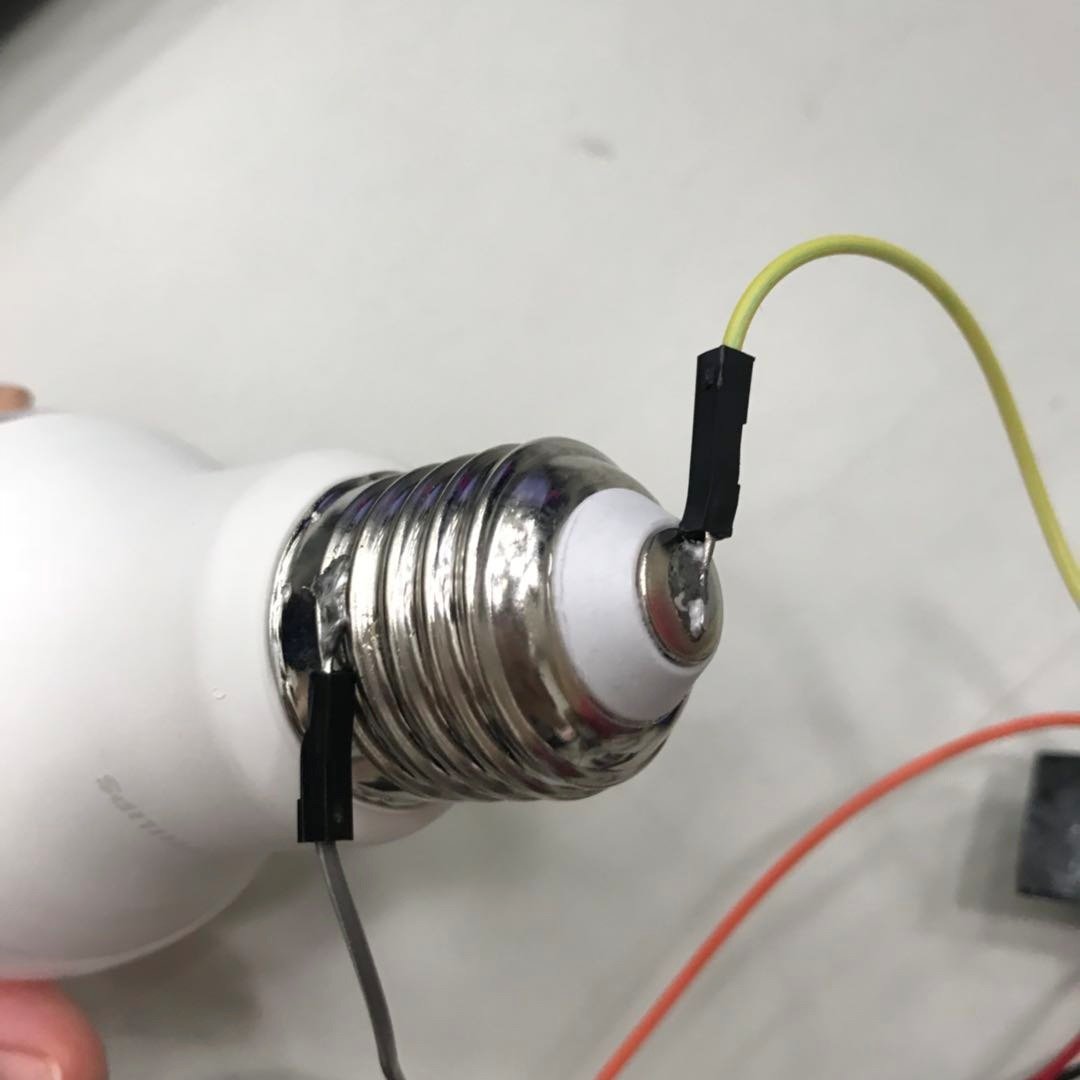 We realized after assembling the box that we forgot to include a power source for the Arduino itself. This means the box has to be plugged into a computer with the accompanying USB cable to work. In future we would design the box to be self-contained in every aspect, including its own battery. 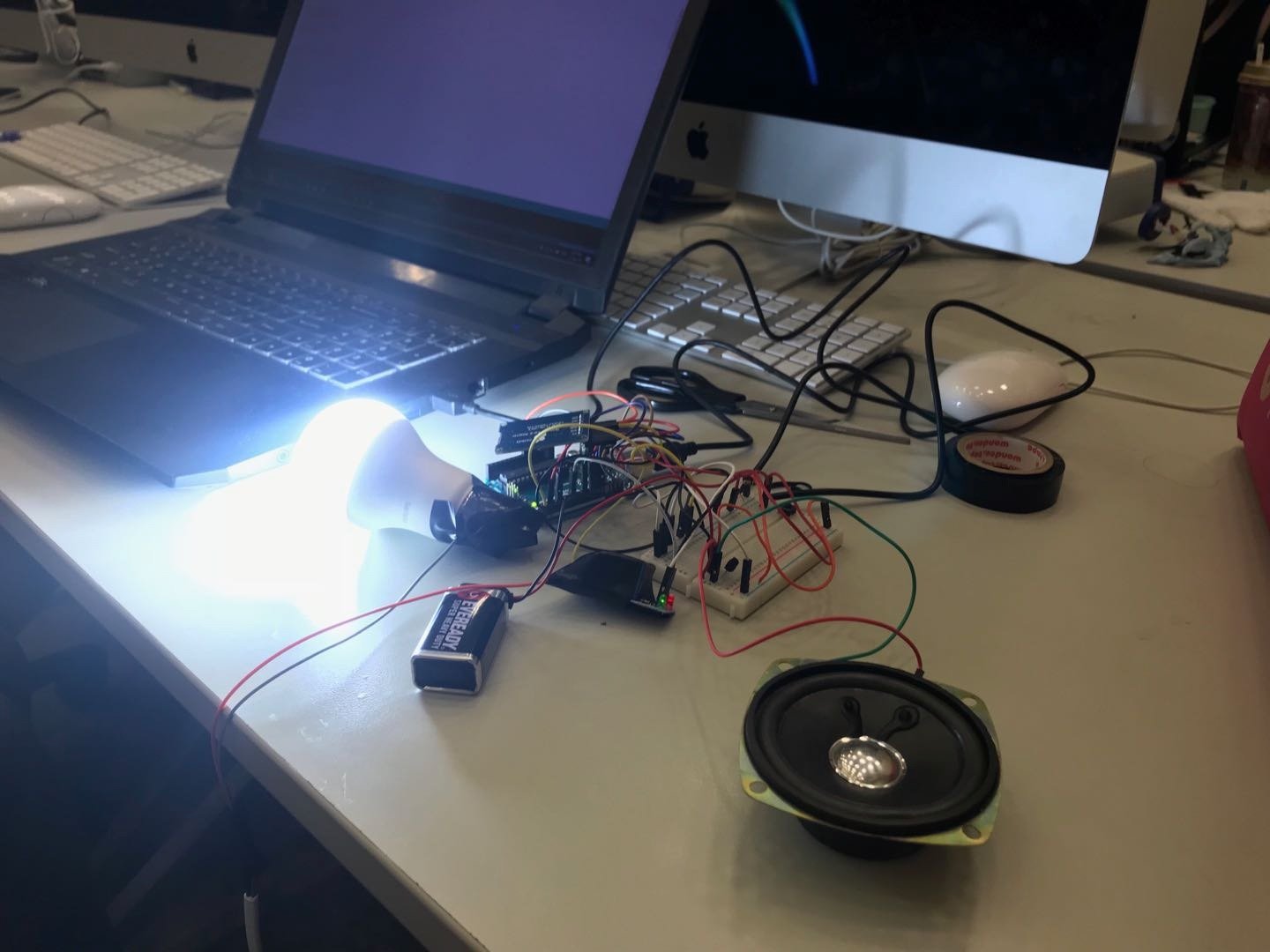 The Arduino code itself follows a simple flowchart that iterates through stages of the game and provides the appropriate feedback through light and sound. It advances through stages based on either the button press or an internal timer. It’s not that exciting, just tedious. We also had to cut down on some of our features because the Arduino doesn’t have enough memory to both play audio and execute complex code. 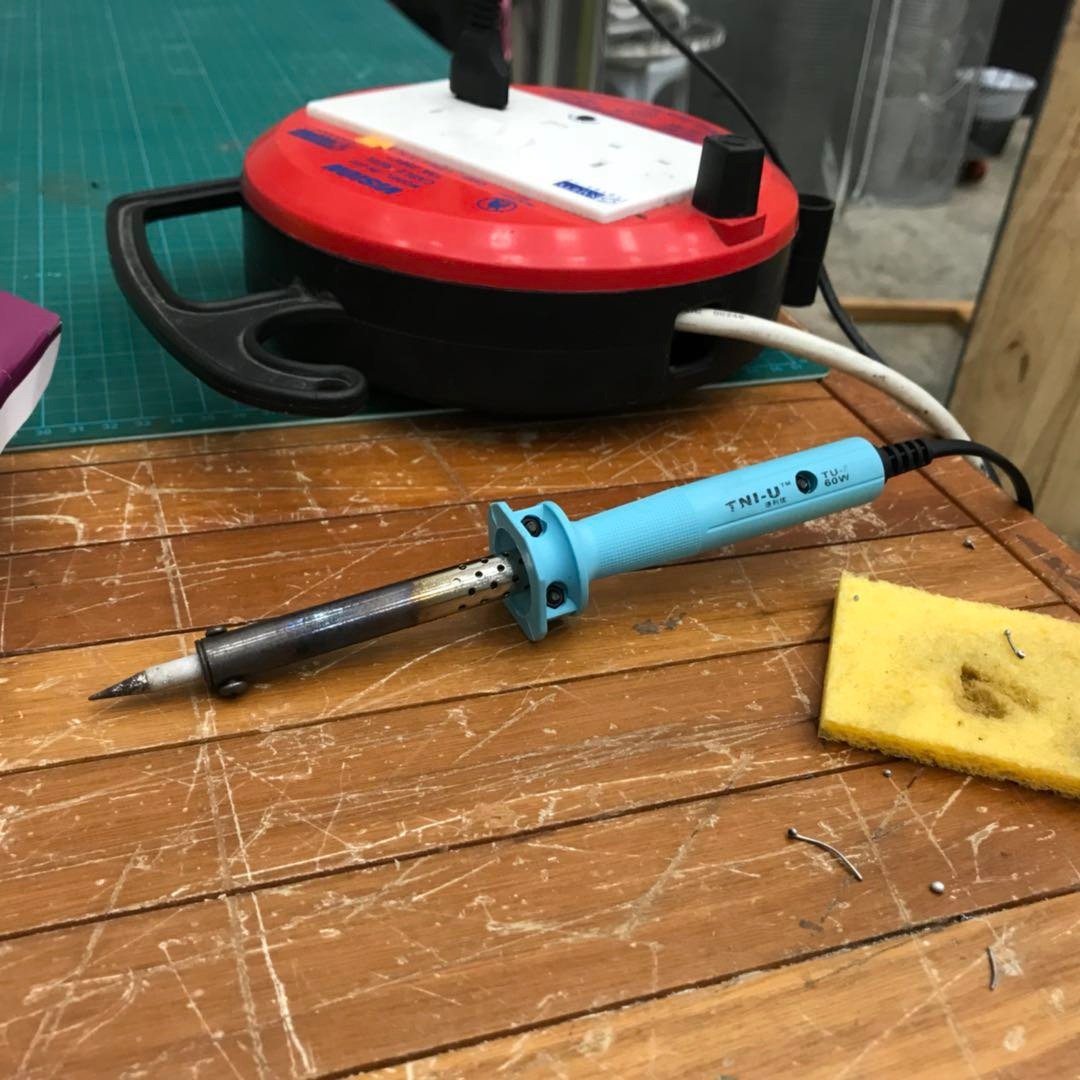 Kee Yong was the project leader who provided the overall vision and did the scheduling, programming, and circuit building.

Christine brainstormed, helped with physical components, and did all the soldering. She also documented the process and took all the pictures and videos here. 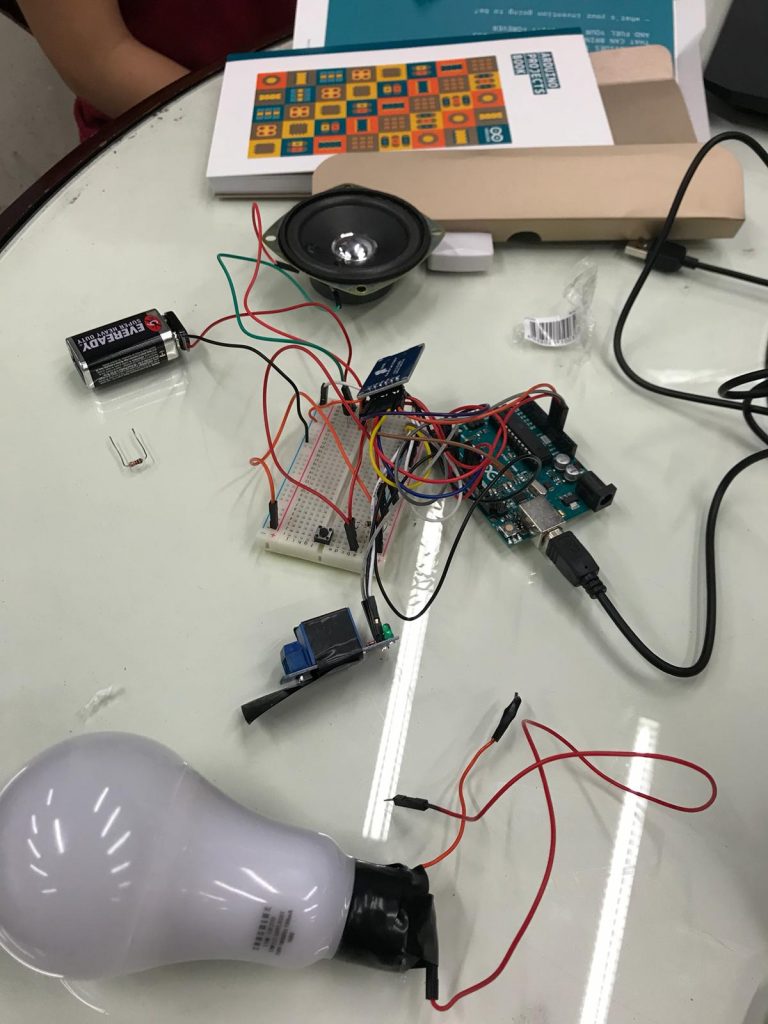 Kee Yong: This project was a long road of pain and suffering. Neither of us had much experience in electrical engineering, which meant we had to do a lot of self-study to learn how to create the effect we wanted. Among the unforeseen hurdles we encountered were connecting a 240V lightbulb to our 5V circuit, and reading multiple audio files from an SD card. My takeaway from this project is all the things I learned about electrical engineering — most importantly never to do any project involving electrical engineering. Christine: While I am writing this personal reflection, our team is still tackling some technical problem: the wires used to connect the relay were burnt and we can’t play the music because of the limited memory of Arduino. What a mess!
As a starter of interactive installations, I know nothing as John Snow. It is my first time to learn Arudino, coding, and interactive. It’s lucky to have a good teacher and a helpful team leader. The project progress of our team is like an ascending spiral. We had suffered from confusion, tiredness, self-doubt. We keep asking ourselves: Why? How? What next? But every time we make a little progress, it feels like the effort we devoted is worthy.
As an exchange student, this class is more challenging than I expected. From generating the idea, to make the idea comes true, there is a huge gap. To complete our project, we change the idea itself. It is a battle between dream and reality.
However, I like our project. It is a cute party game installation. Who can insist the charm of hide and seek when we are kids. Making a installation that can make people feel happy is all I wish. 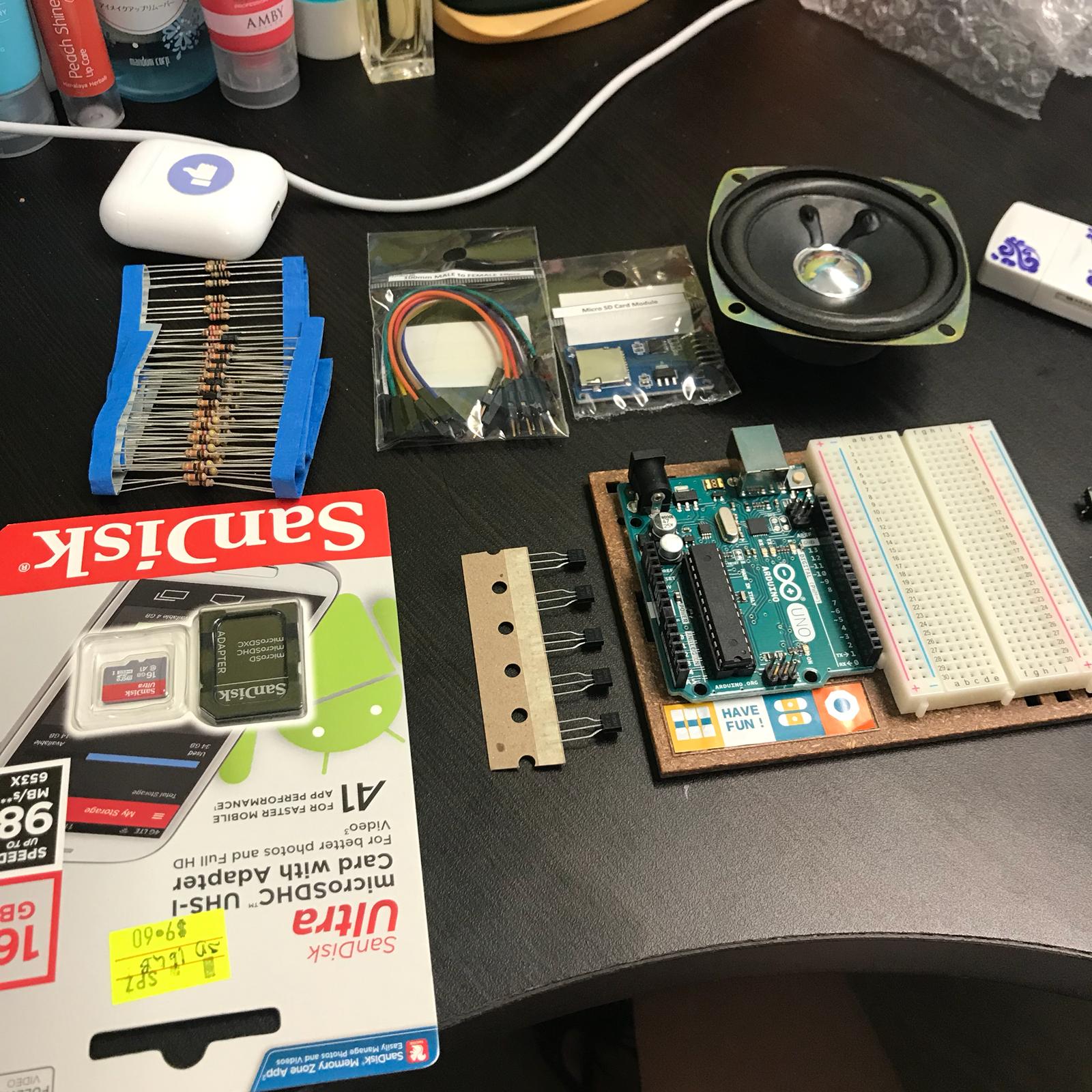 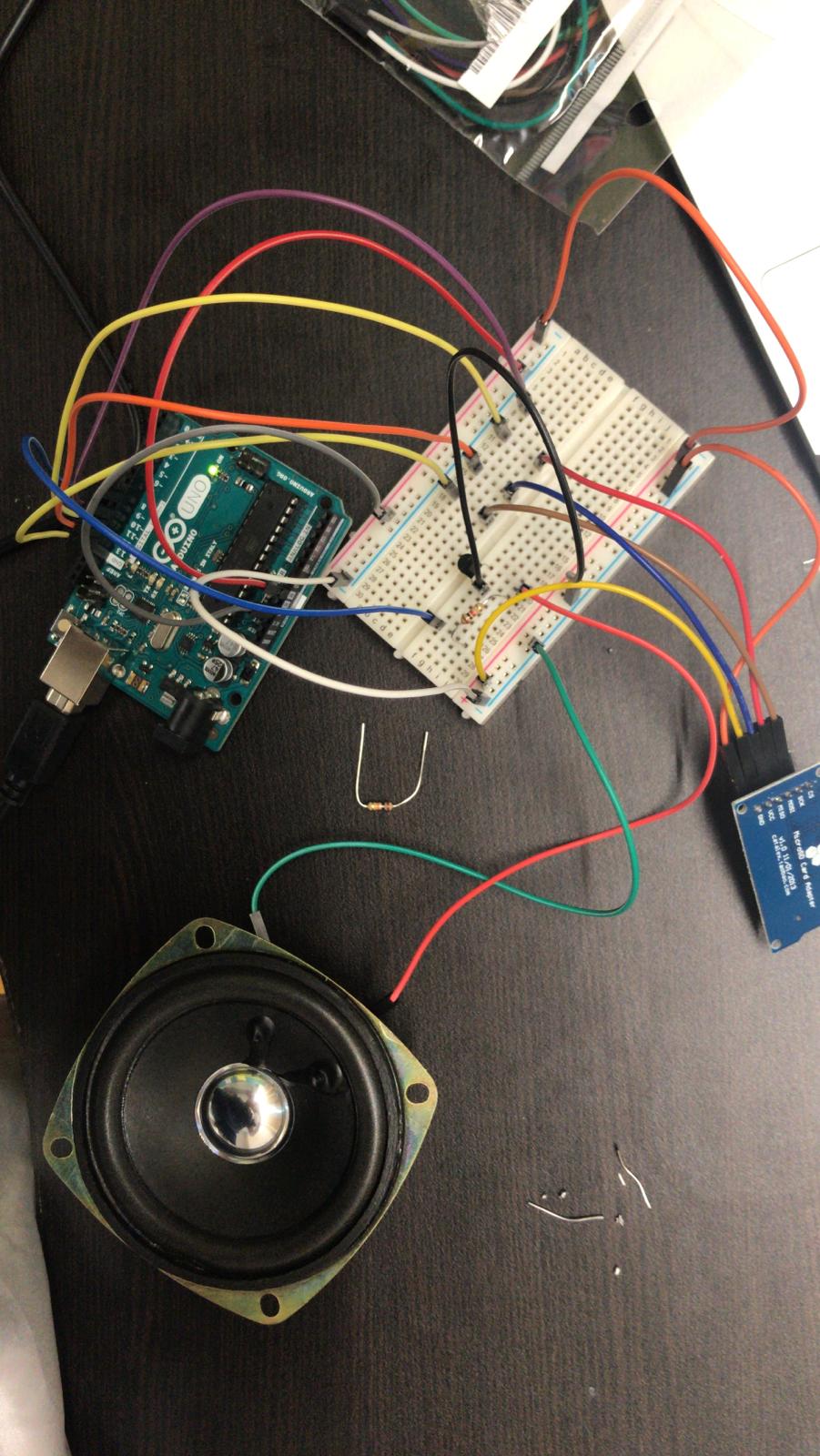