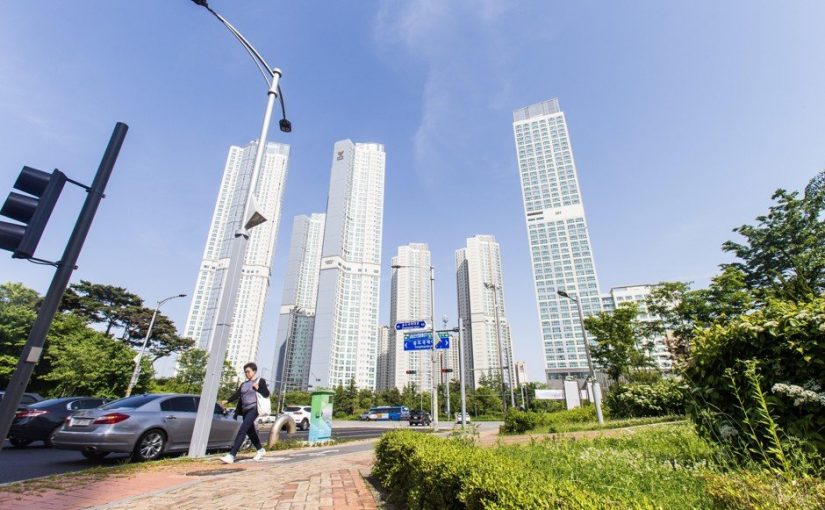 The concept of a “smart city” is a “smart home” writ large — where the “things” in the internet are not home appliances or pieces of furniture, but public transport services and electrical lines. A smart city is more than a collection of buildings and systems: it is an artificial organism which constantly adapts to serve the needs of its residents.

Songdo International Business District is a contemporary example of a smart city. An experiment by the Incheon city council, Songdo is a staggeringly ambitious project with the aim of redefining the concept of a “city” using modern engineering technology and design principles. As described by Citylab journalist Linda Poon:

While there are no holograms or robot butlers, Lee says that as far as futuristic conveniences go, Songdo does deliver. Pneumatic tubes send trash straight from her home to an underground waste facility, where it’s sorted, recycled, or burned for energy generation; garbage—and garbage trucks—are virtually nonexistent. Everything from the lights to the temperature in her apartment can be adjusted via a central control panel or from her phone. During the winter, she can warm up the apartment before heading home.

In Songdo, everything is monitored and everything is adjustable. Even the housing apartments are full “smart homes” with individual control panels and seamless connectivity between the parking lot, lifts, and living spaces. On a larger scale, sensors monitor electrical grid usage and traffic density, so that  the power supply or traffic flow of the city can be redirected to maximize efficiency.

Songdo may be an extreme example of the “smart city,” but in reality many cities are adopting “smart” technologies to improve quality of life and productivity. An example can be found in our very own Singapore, the perennial “smart nation.” While we don’t often think of it this way, Singapore’s complex system of ERP gantries and traffic lights are all linked to a sprawling internet of things that helps to coordinate rush hour traffic and redirect it through billboards or radio broadcasts.

In the future, communications technology may be integrated into our cities to such a degree that they radically change our way of life. For example, if self-driving cars become the standard mode of transport, they can communicate with each other and automatically calculate the fastest, most efficient route — no more traffic lights and no more traffic jams, since computers can drive faster and more accurately than human beings.

Why would you want to integrate an “internet of things” into a city?