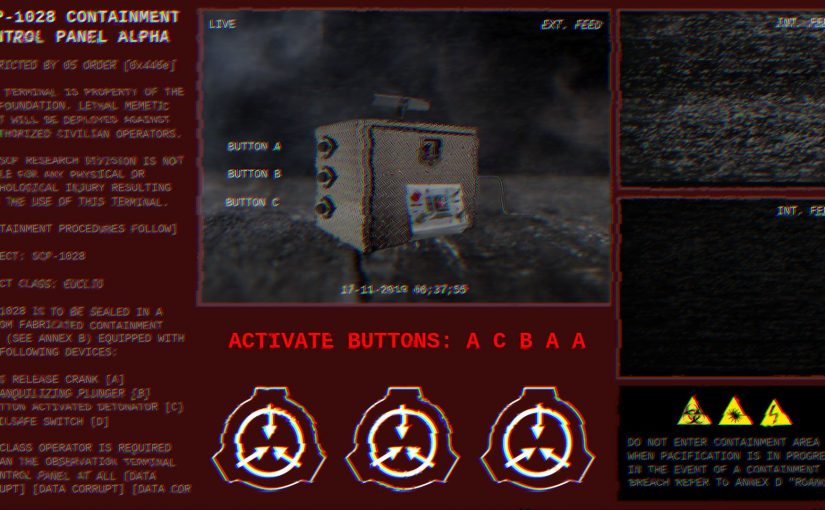 An update and retrospective.

As previously covered, SCP-1028 is my project about a highly dangerous creature in an enclosure that players are supposed to keep pacified.

Despite much agonizing, I wasn’t able to complete the physical components of the project in time. I thus decided to create a “software simulation” of the box and integrate it into the software component that was originally planned. Here’s what it looks like. 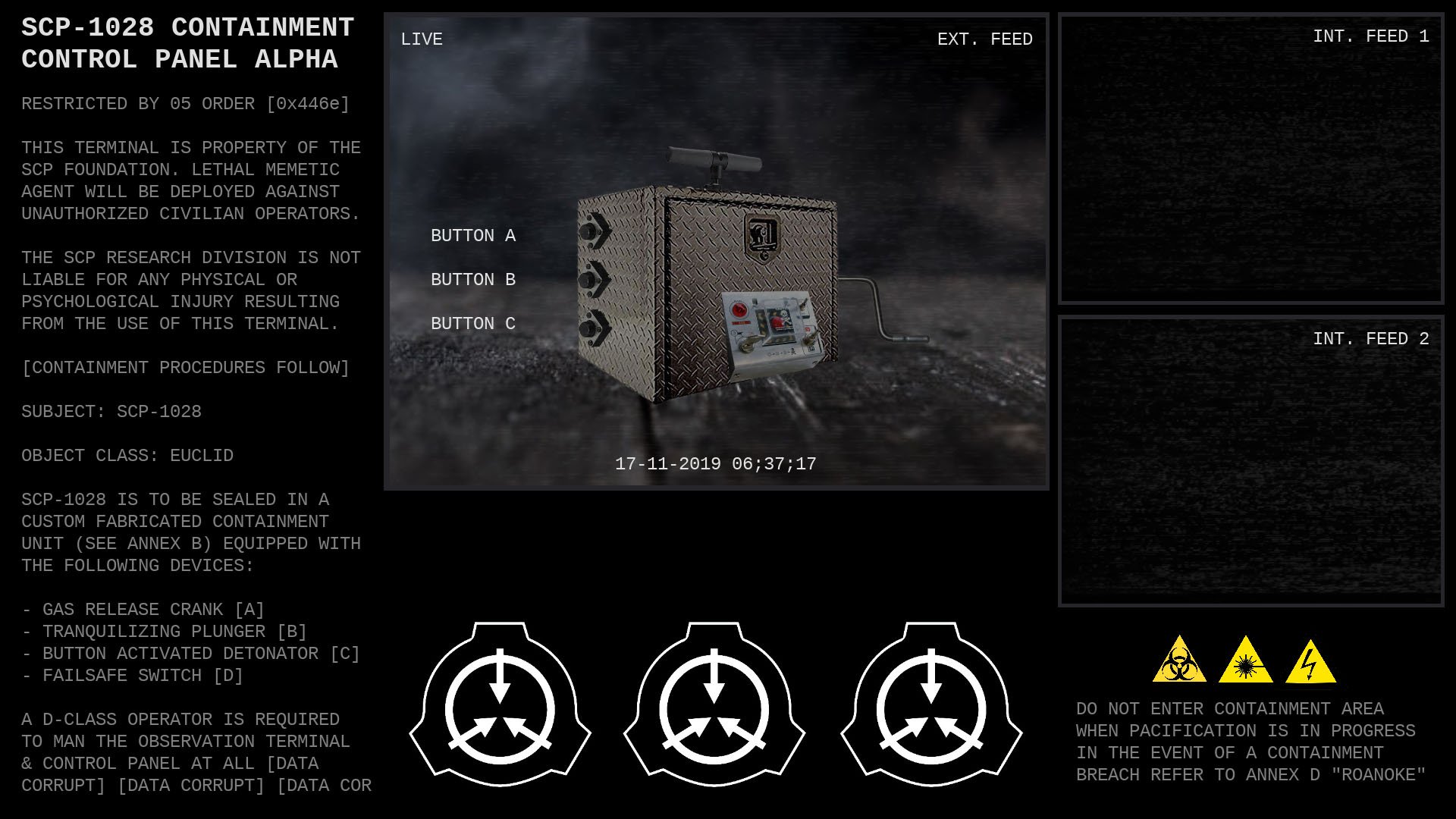 This control panel shows a picture of the box and its components as part of a fictional “camera feed.” The text and decorations around the side set the tone and help to explain what the project is about without explicitly stating the joke.

When the creature in the box awakens and demands a response, the camera begins to shake and the interface becomes increasingly glitched out, like so: 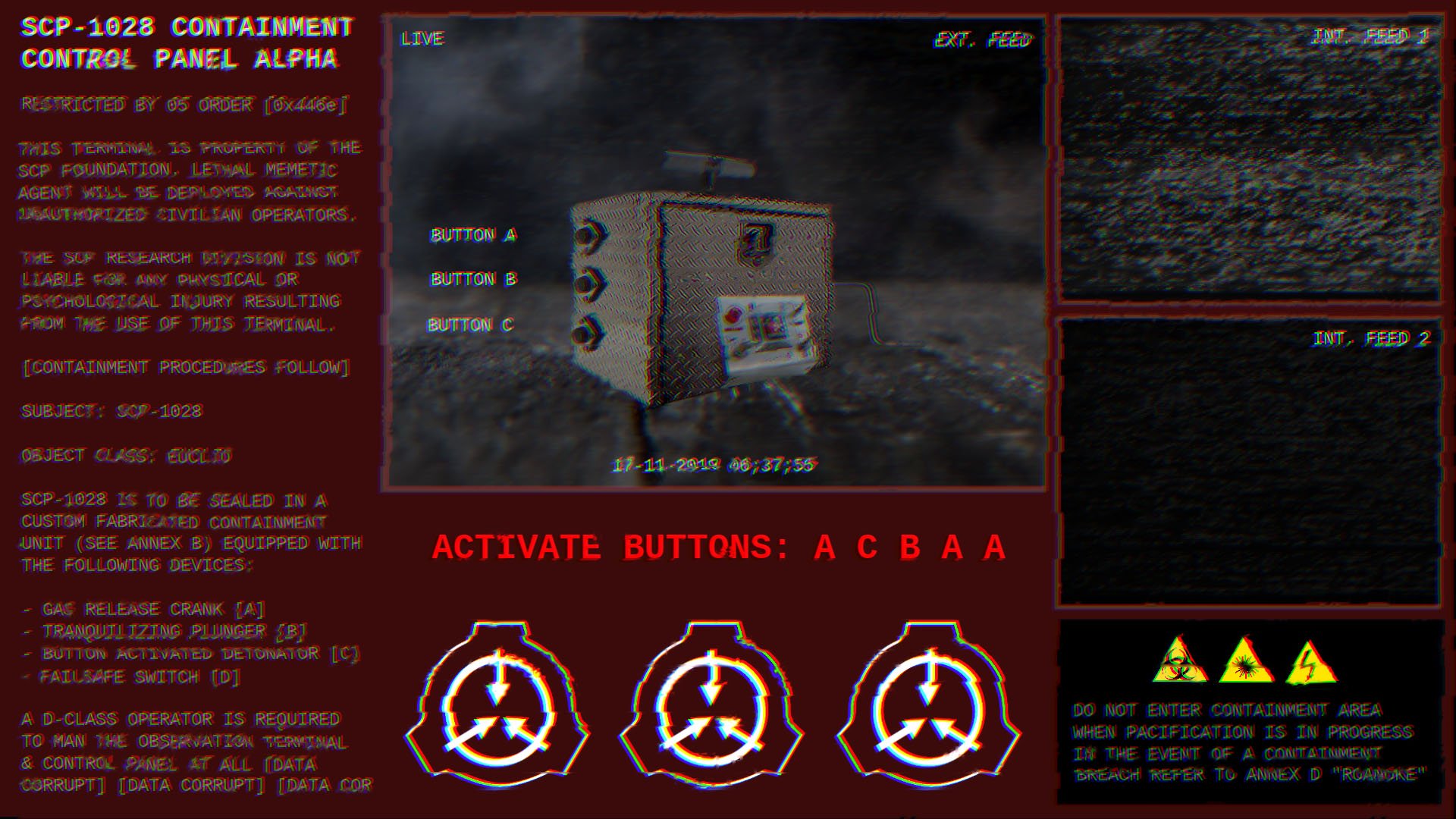 This continues until the player follows the (randomly chosen) instructions displayed in the center of the screen, at which point it goes back to normal and the cycle repeats.

All in all, I wish I could have gone further with this project, as it had a lot of potential, especially in the physical components that I failed to construct. However I’m happy with the final “feel” that I managed to capture from the small slice I managed to make, and I also learned how to do some cool graphical tricks using shaders, so all was not wasted.