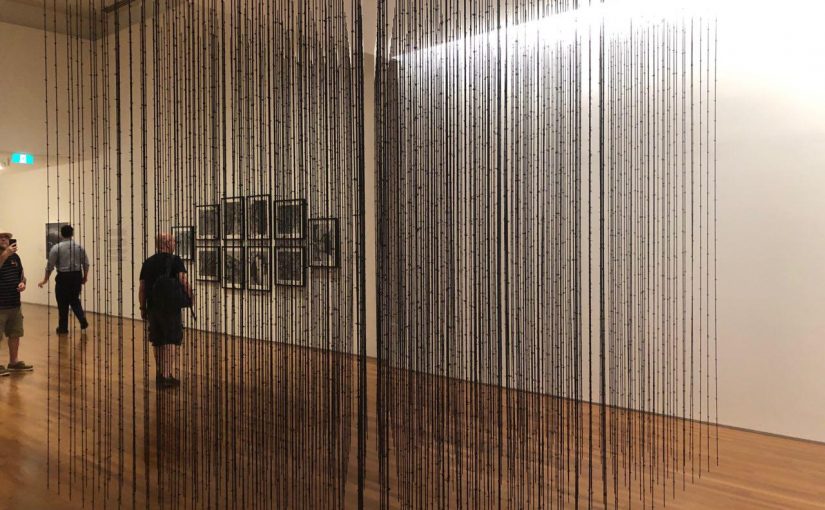 Having attended the exhibition at the National Gallery titled Minimalism: Space. Light. Object, I must say that I did not like it very much.

In my opinion, the value of an art piece is directly tied to how much it connects with an audience, emotionally or intellectually. A work that touches the heart is much more valuable than one that does not. The former is a life-changing experience; the latter has no more value to the viewer’s life than any random found object. In other words art is meaningless unless it has a meaning that can be grasped by the audience.

What then of minimalism? By stripping away every element of artwork that can possibly define it — every shape, color, or ornament — what we are left with is an emptiness. The resulting works are simple but devoid of meaning or purpose. In some cases, this is a virtue: a minimalist GUI in a computer program is good because it does not distract from the user’s focus. But in the case of a gallery space, where all possible distractions have been stripped away so that viewers can focus specifically on the artwork itself, we are left with a nothingness at the center of our attention — an utterly uninteresting object, defying the viewer’s attempts to find meaning in it. In other words, a complete waste of time.

One might argue that I am being too strict, and many of the minimalist works featured in the exhibition, such as the works of Donald Judd and Sol LeWitt, have great historical value. I agree with this, but it is important to note that having historical value is different from being interesting as the focus of a gallery exhibition. These works were valuable because they pushed the envelope of what is allowed in a gallery — but that is a boundary you can only cross once. To the contemporary viewer who is already familiar with minimalist work, these works are no longer revolutionary or transcendental, but humdrum and ordinary. To observe them in a gallery setting is about as interesting as watching paint dry.

The one artwork that I found interesting, out of the whole exhibition, was Mona Hatoum’s Impenetrable. 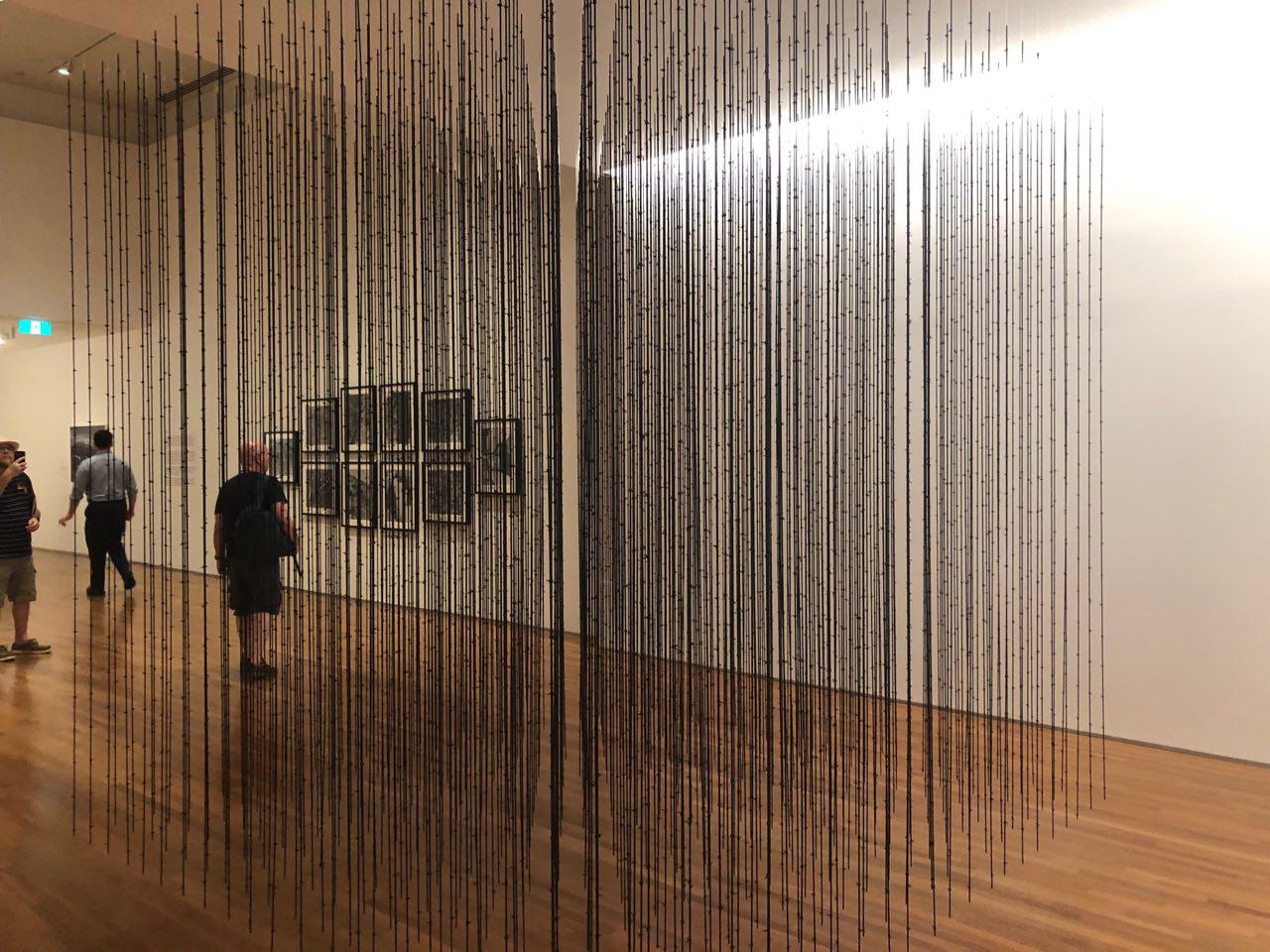 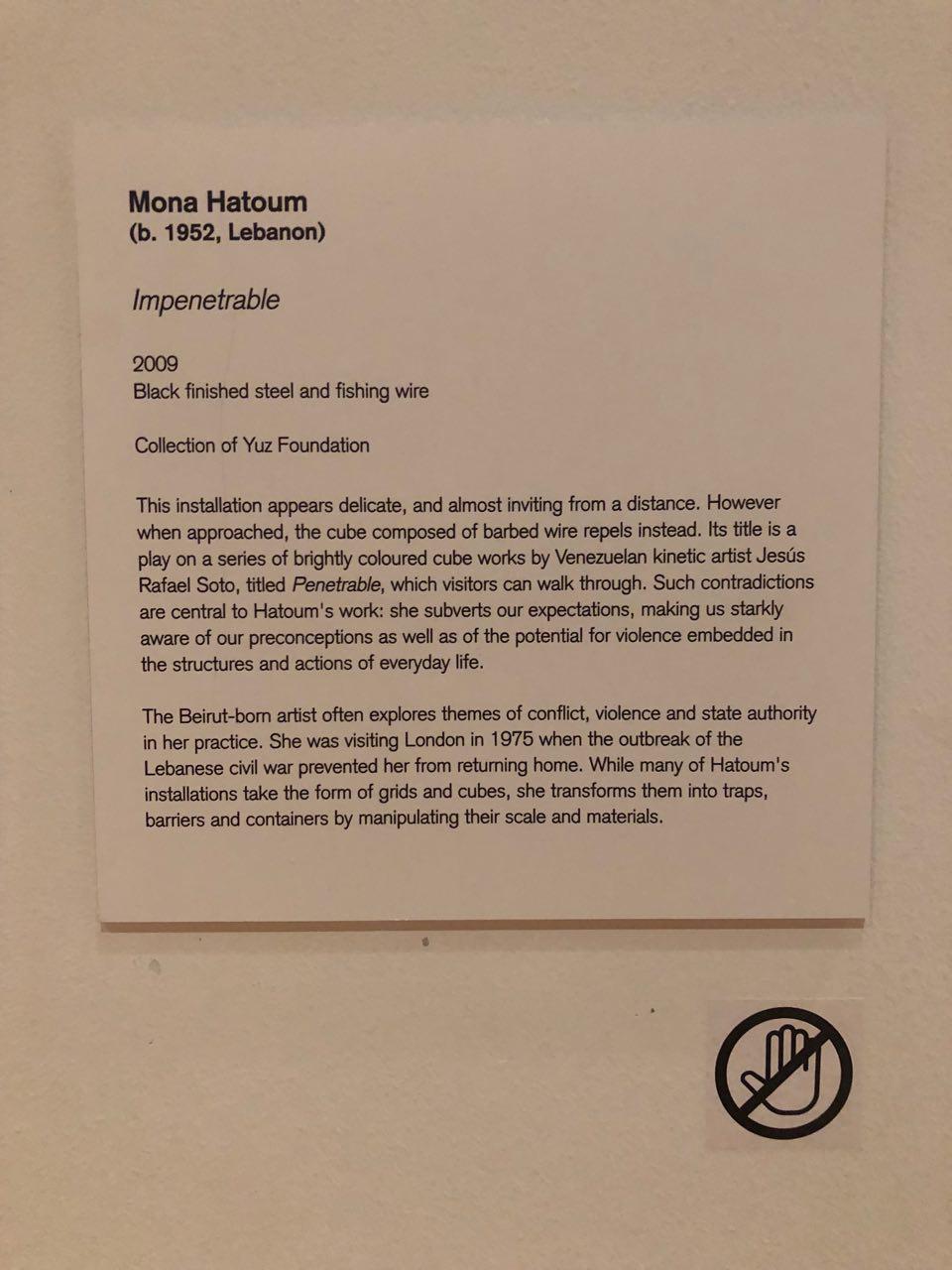 Impenetrable differs from the other exhibits because it comes with real socio-political baggage — not a vagary of the artist’s daydreaming mind, but real and pressing hardships that people face in the contemporary era. The oppressive barbed wire and “invisible barrier” of Impenetrable are direct metaphors for modern violence and brutality which elicit sympathy from the viewer. It is an artwork which is rooted in the present and which has intrinsic ties to our world. This is what makes it more than a random found object, and what differentiates it from the featureless blobs and blocks exhibited around it.

In my opinion, one Impenetrable is worth a thousand Unfinished Cubes or untitled meaningless works.