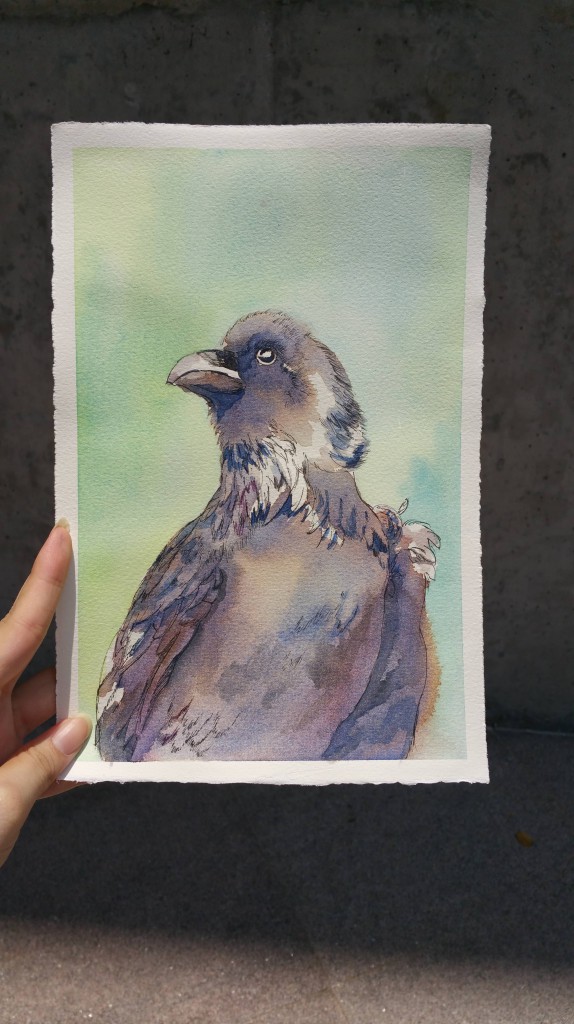 Bird from the point of view of myself is reflection

With a pet parrot at home, i got reminded everytime how birds are a mirror of ourselves. 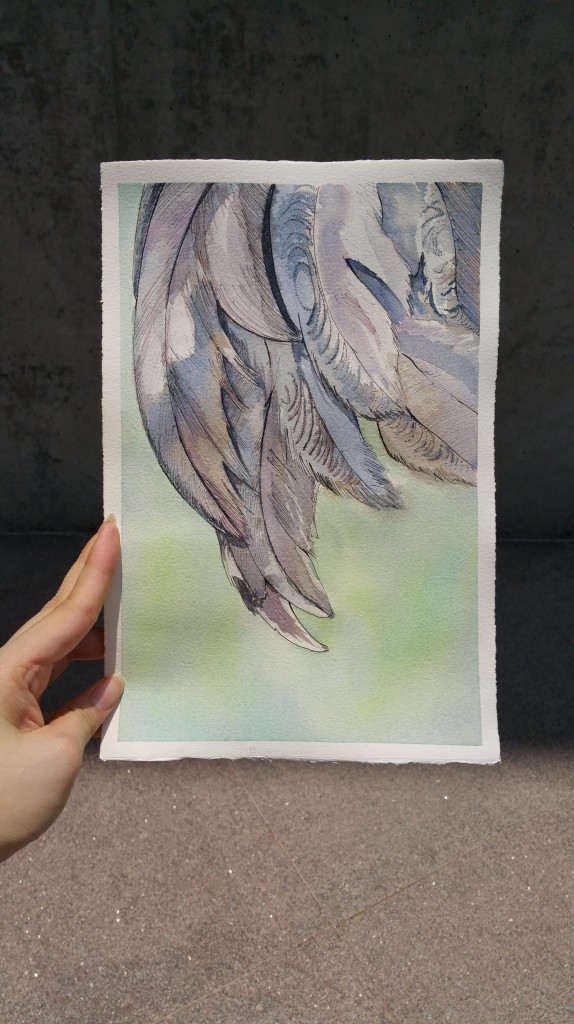 Feathers from the point of view of Miyazaki is baggage

The idea behind his was from Howl’s Moving Castle by Miyazaki. In the movie, Howl was a birdman with black feathers and his castle forever changing due to the different emotions and the situations people will face. I fused this idea together. In order to portray this, i made sure that all the feathers have their own unique patterns. 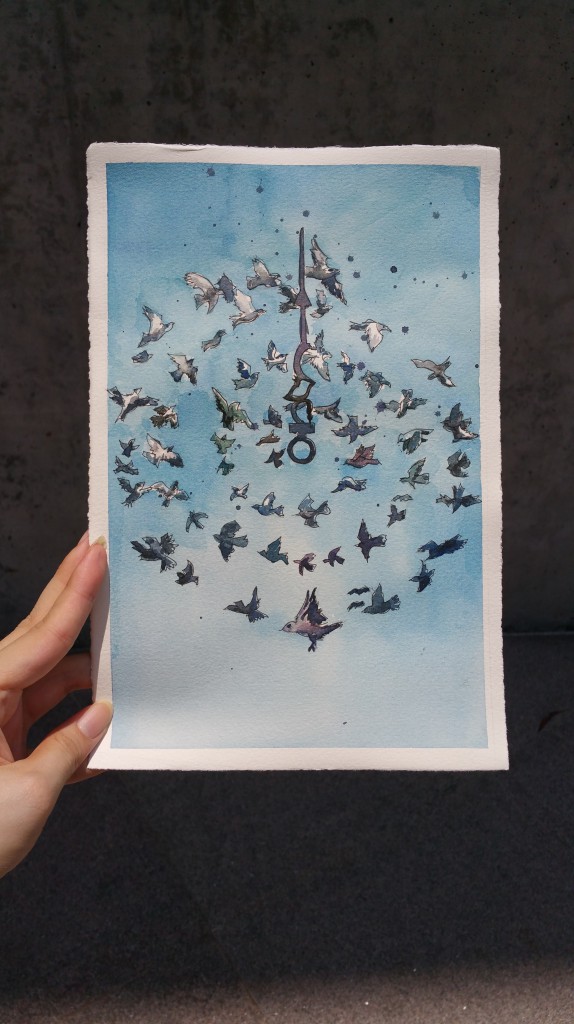 Midnight from the point of view of Edgar is change

Influenced by Edgar Allan Poe’s poem, the raven. There was a sentence mentioning “midnight” and “December”. I interpreted it as midnight being a very special timing, it can be the end, but it is also the start to a new beginning/day. The birds swarm around in cycle, like how a clock would work, however i purposely made a “beginning/end” at the 12o’ clock mark. What is going to happen next? We have no idea. 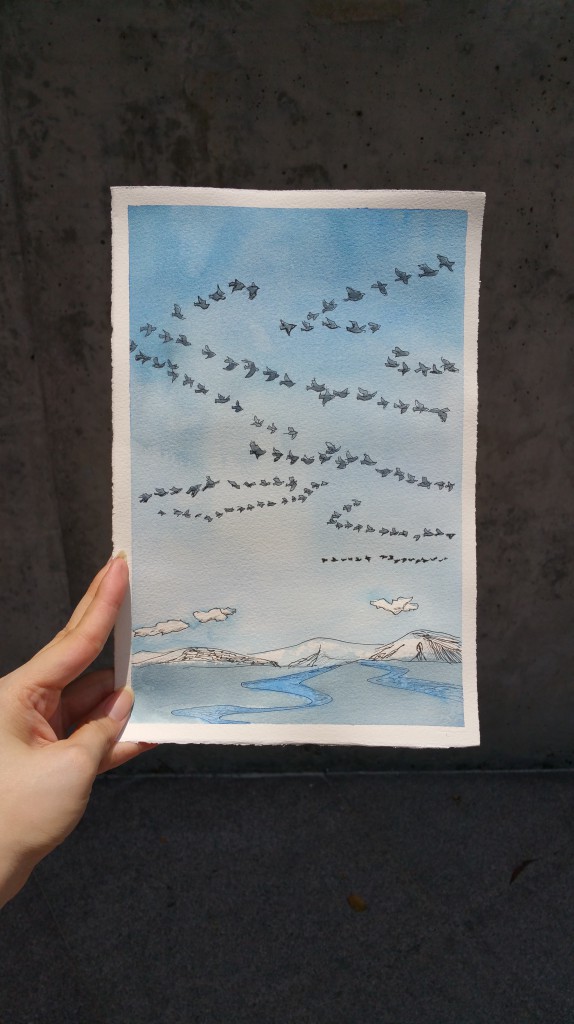 Migratory birds can travel freely around the world, without using a map, without getting lost. Using their inner magnet? or their inner instincts. They follow them to their destination. Each resting place might change every time, hence its always an adventure. 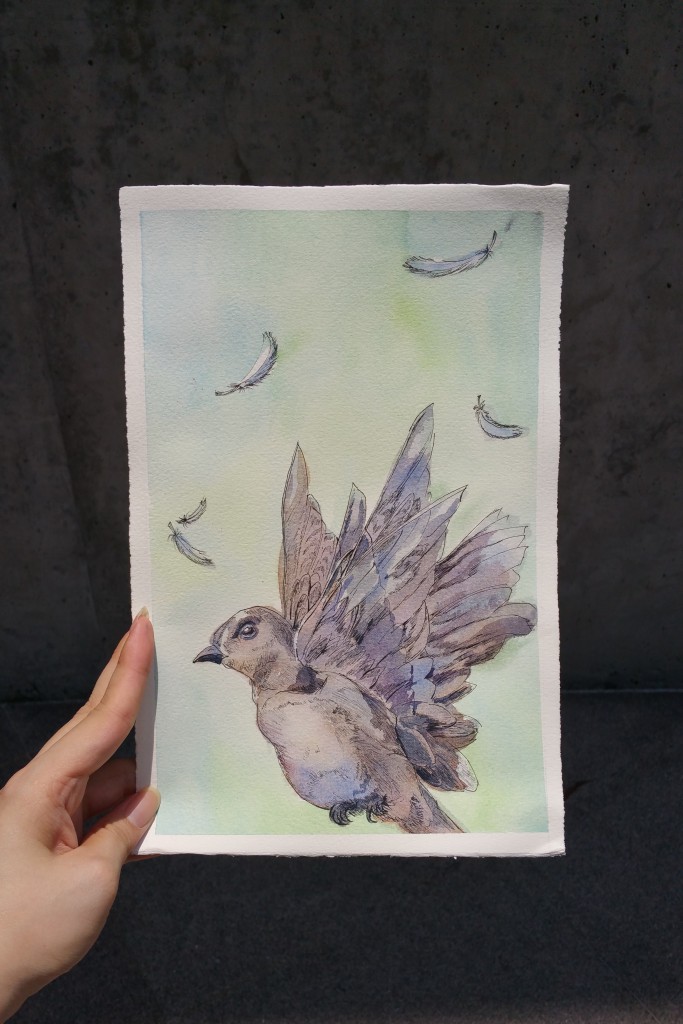 Flight from the point of view of birds is resistance 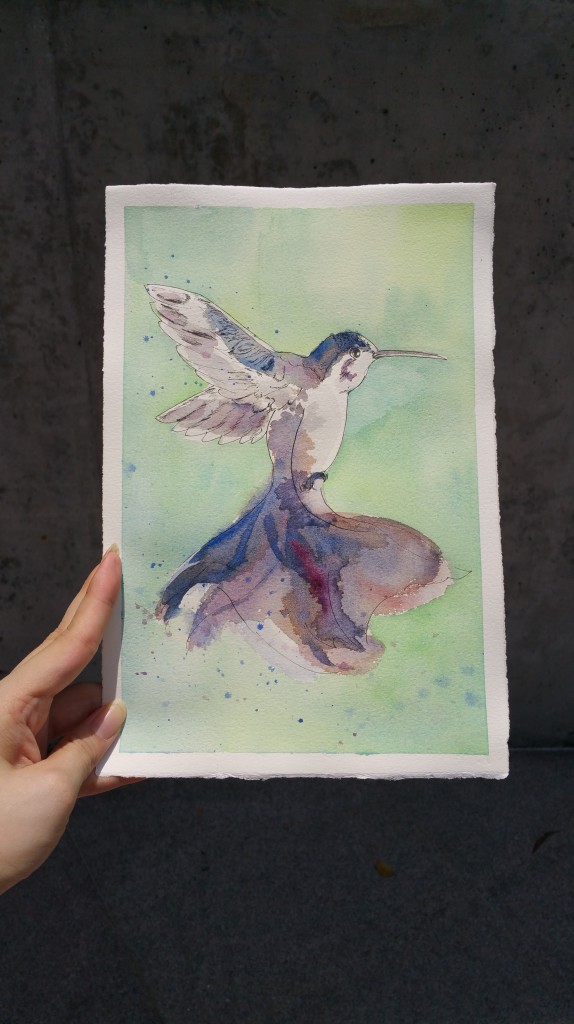 Hummingbird, being the smallest bird that flaps their wings in super high speed. whenever i look at them the are just like they are dancing in the sky. Is this their way of portraying their freedom? but in order to survive, they have to dance forever. 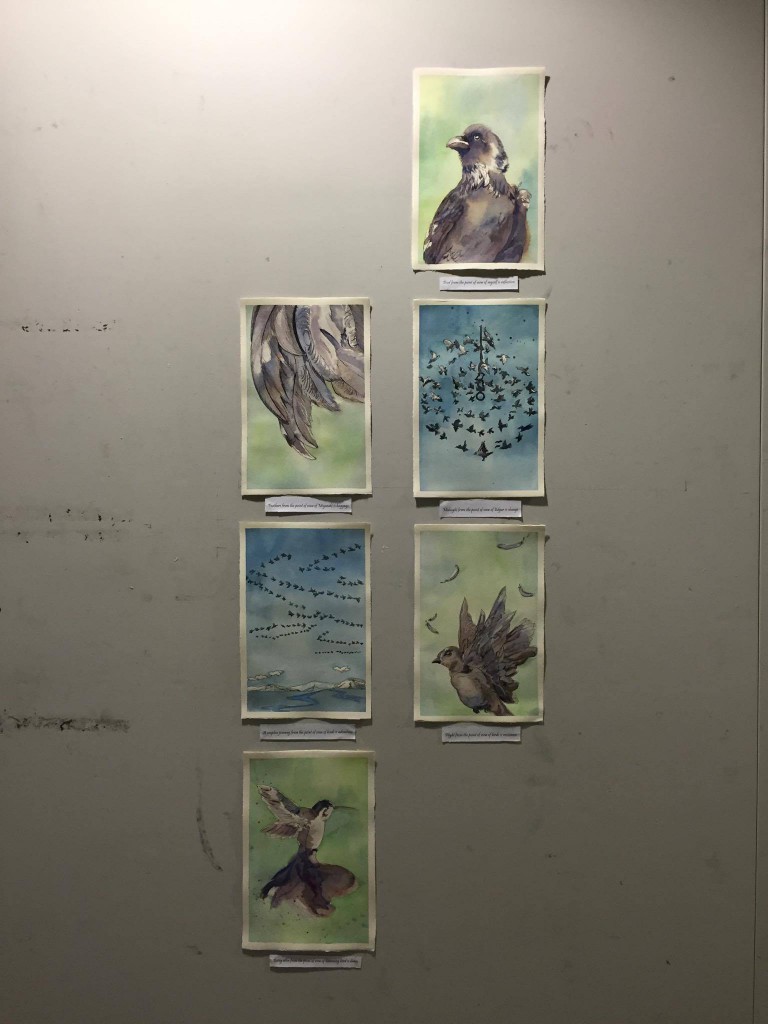 Concept: I wanted the panels to have the flow between the greens and blues, from head to tail.