First and foremost, to start of the next part of my project, I searched for quotes which intrigued me or left an impact on me. They were mostly from movies which I personally like.

Basically, I broke down the quotes to identify the key points which lead to an overarching focus. Words such as, “looking”, for example, suggests perspective. Things which I could directly relate to are eyes, sight, light and direction. From there, I searched images which suits the threshold/halftone effect, without compromising the details after the effect was placed. 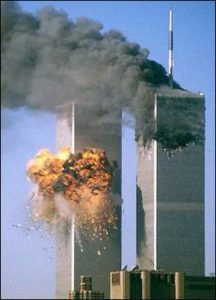 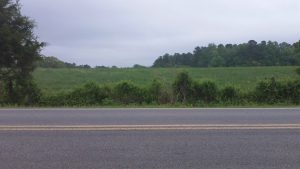 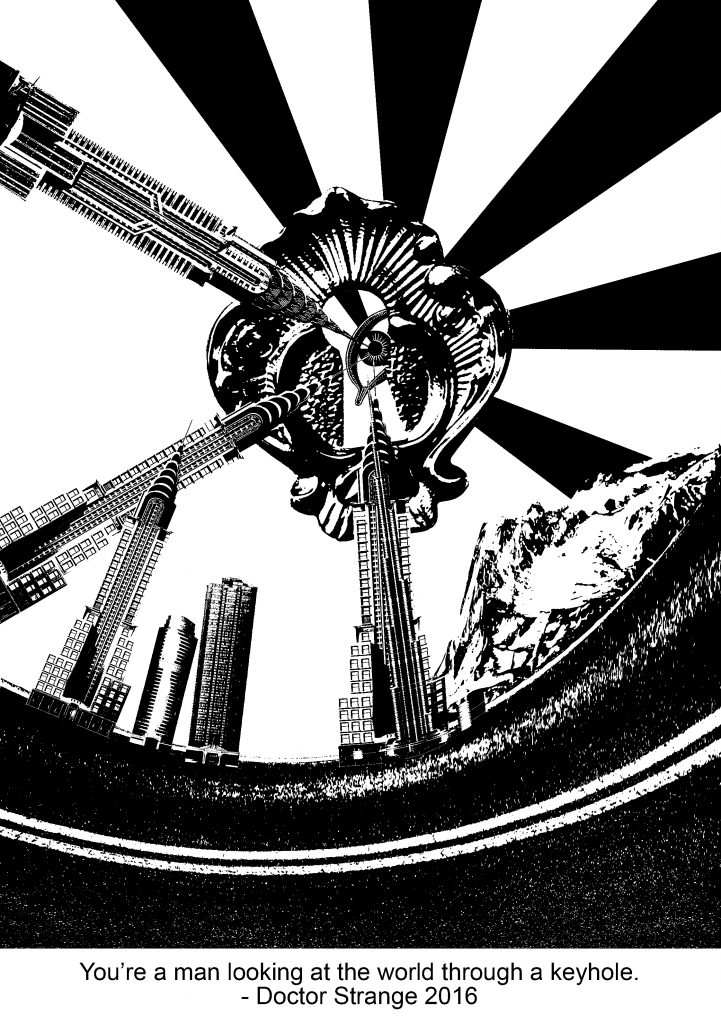 For this quote, I wanted it to suggest a different perspective of seeing the world. Firstly, the keyhole was a starting point. As an element that constricts the “view of the world”, I thought that it would be good to work around it, thus, the warped buildings and scenery around it. I was inspired by the Russian constructivism art movement and I used the starburst effect to lead the viewers’ eye to the keyhole and eventually, towards the eye.

However, the buildings seem randomly placed. Also, the overall balance seemed heavier on the right as the values are darker towards that direction. Hence, I made some minor changes to it: 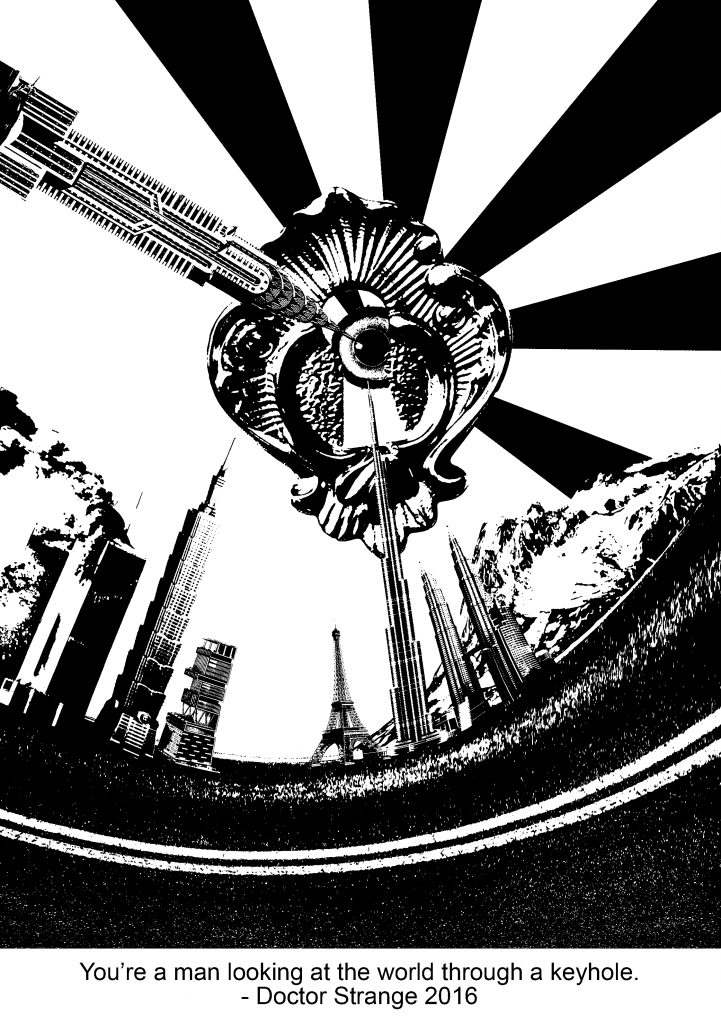 I have replaced the buildings into iconic and controversial buildings. The Petronas twin towers, the Eiffel tower, Taipei 101, Burk Khalifa, Antilia and the World Trade Centre. These building ties in with the concept behind this design, which is – looking at the world in a whole new perspective, where even each iconic building has its own story. Many issues in this world are being masked, such as political issues. The media tends to be biased and it overrides issues which they do not wish to show the world.

Upon researching about which buildings to use, I thought that it would be good to include these skyscrapers as they are iconic to their countries. They compete for the title of the worlds tallest building and currently, the Burj Khalifa, stands the tallest at 828m high.

Other than these skyscrapers being a symbol and reflection of the city’s wealth and ascendency through the economy and rich history, some of them do have an interesting story.

For example, Antilla. Antilla is a private home in South Mumbai, India, and is owned by Mukesh Ambani.  It is the world’s most expensive private residential property, valued over $1 billion. Its controversial design and ostentatious use by a single family has made it famous across the world, with severe criticism in the architectural press and mockery in popular media. The home consists of 27 floors and 600 staff to mend it 24/7.

After researching about this particular building, I understood the irony that the media conveyed. Antilla was referred to be “Soaring Above India’s Poverty”. This phrase was extremely impactful to me as although I knew that slums existed in India, I didn’t know the controversy which a single building can cause. 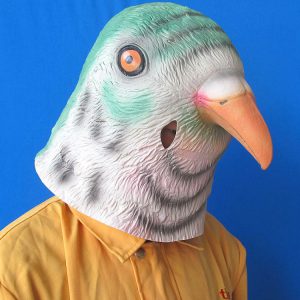 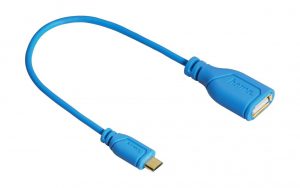 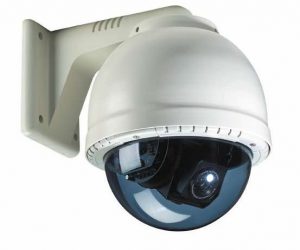 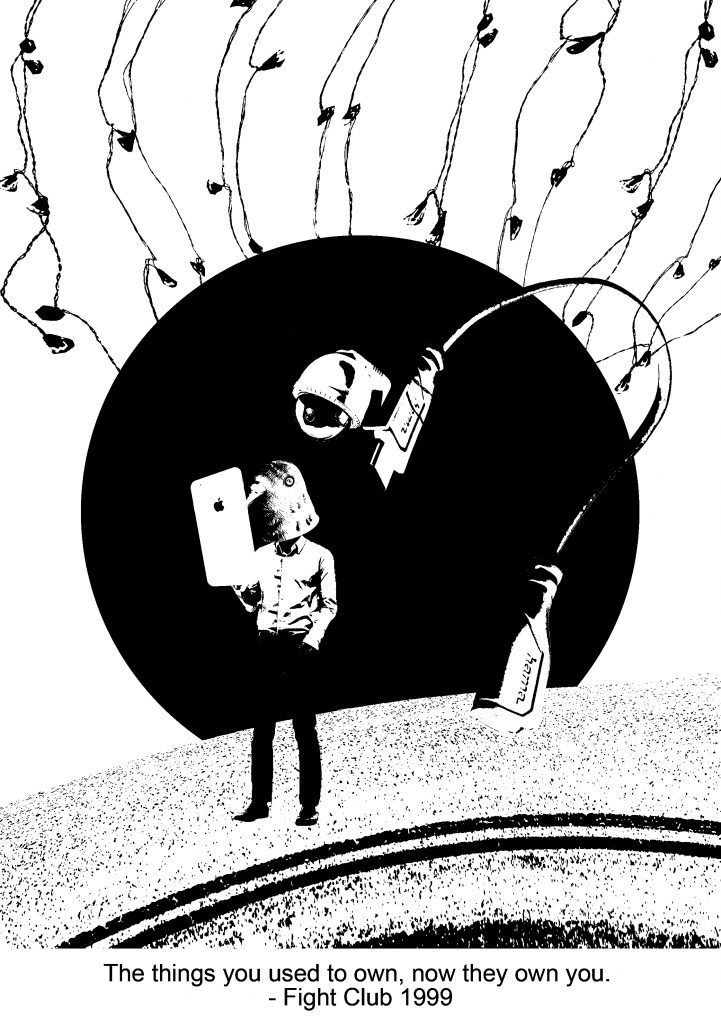 In this design, I used a combination of threshold images and a flat circle as the background. The main element and message was portrayed through anthropomorphism, the showing or treating of animals as if they are human in appearance. I felt that this was a unique approach to portray certain characteristics which I did not want to make it seem too literal. By adding animals’ natural characteristics or perceived characteristics to humans, it exaggerates the persona in a “fun” way. I used the head of a bird on a human body, and it pokes fun on consumerism. It can be also be interpreted as “bird brain” and that humans are so obsessed with keeping up with the latest technology that it is redundant and that they fail to notice their surroundings. The unrealistic scale of the iPhone also exaggerates how the figure intently looks at the screen, without realising the surveillance camera lurking in the background. 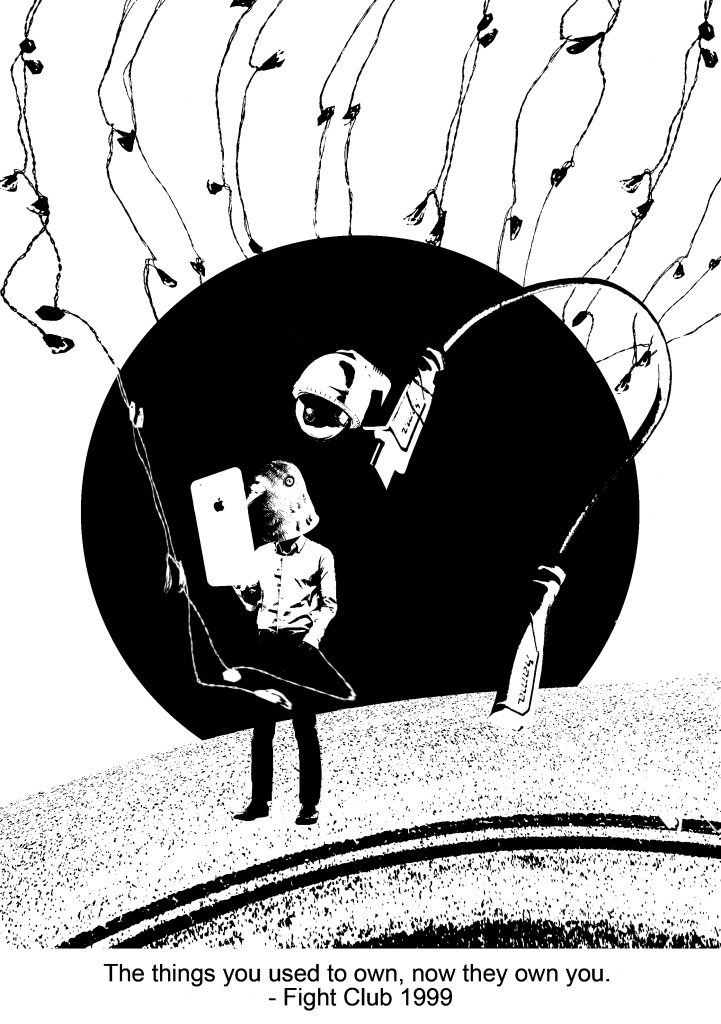 Generally, there were not many changes made to this design. I’ve only edited the end of the cable as the original shape of it looks like a wine bottle due to the shadows and threshold effect. Instead of having the wires to dangle from the top, I made a one of it strangle around the figure, suggesting the unnoticed tension and lack of awareness by the figure. I felt that this additional element strengthens the narrative behind this design. 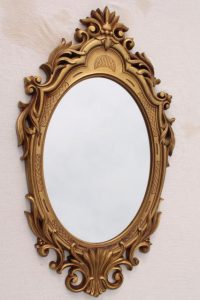 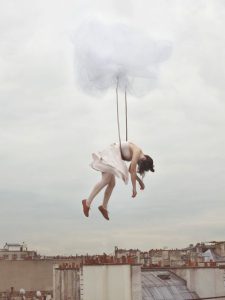 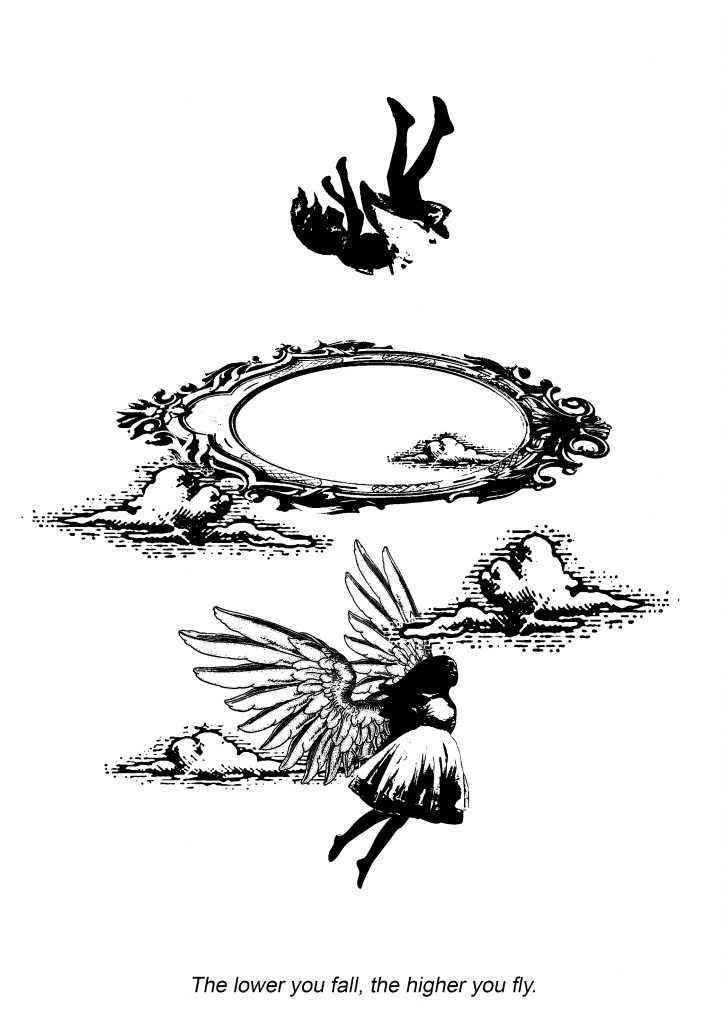 My initial design for this quote came off very literal. Although I liked the contradiction of the quote itself, I felt that this design needed a deeper interpretation of it – not just a girl flying and a girl falling. 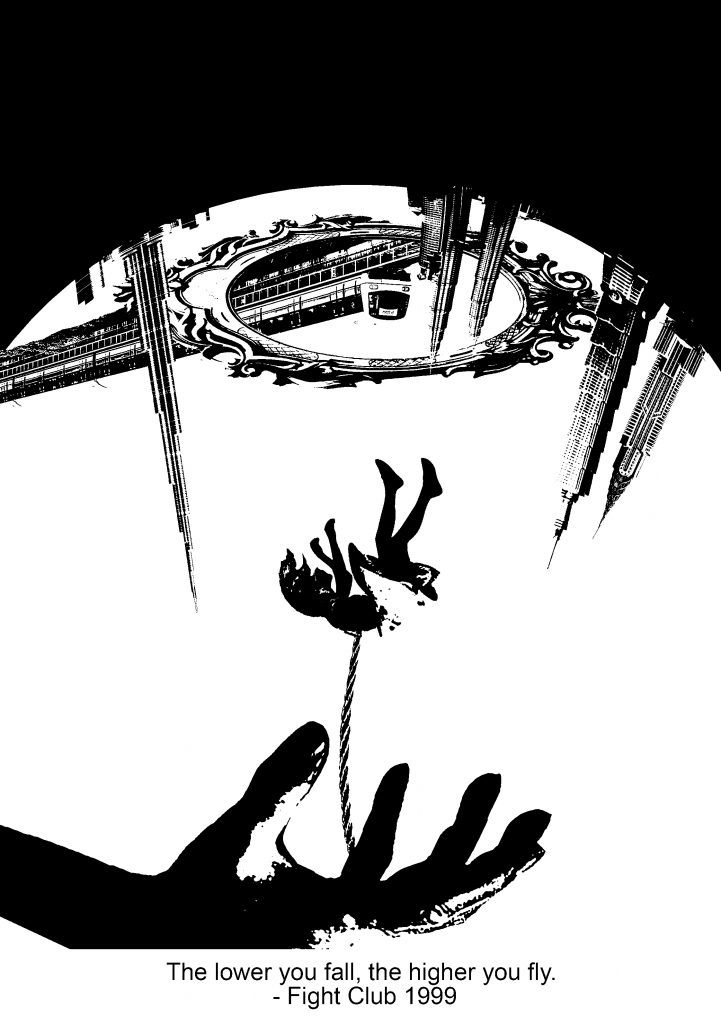 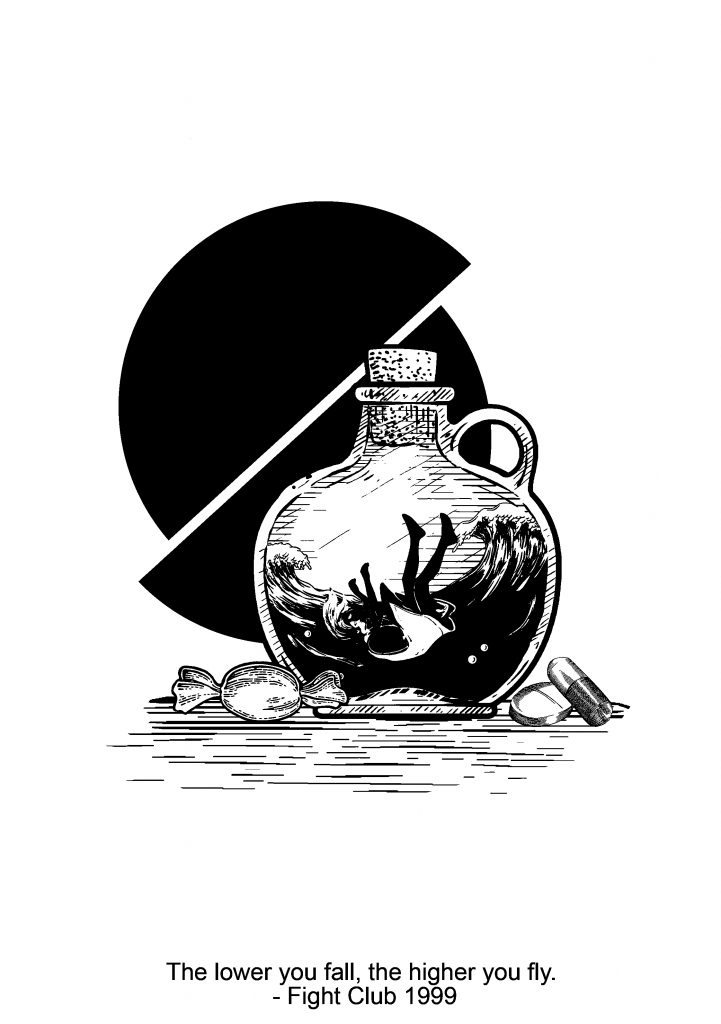 The third design compromises of an entirely new interpretation of the quote. It explores how youths in this generation are vulnerable and weaker. There is a stereotype of how 21st-century teens are, the “strawberry generation”. When troubled teens are being tackled with a problem, some might turn to a substance abuse to escape reality. The lower they fall, the higher they get. Drugs are being associated with candy, or as such, is seen as “candies” to the youths. Being addicted to this destructive lifestyle would be an endless pit of no return, portrayed by the waves that surround the girl.

Some feedback which I’ve gotten from Joy and my peers were that the 2 halved circles stole the emphasis of the girl, instead of placing the focus on her. The play of basic shapes also coincidentally looked like a pill. The use of the candy can be more subtle as well. 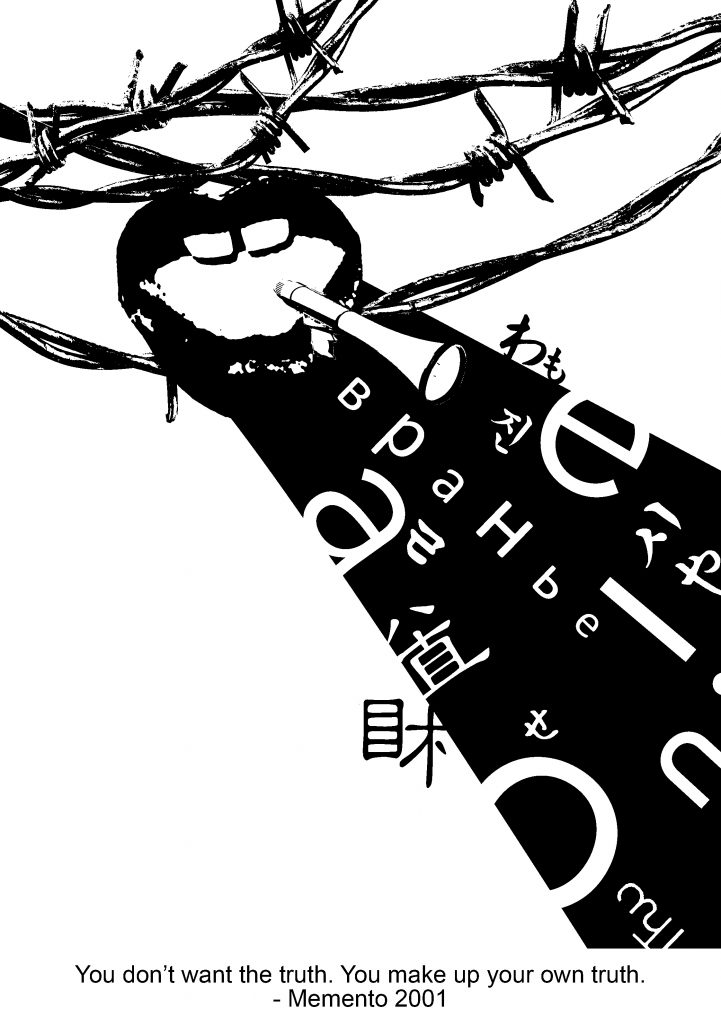 For my last design, I experimented with the use of typography. I deconstructed some words to the point where they became incomprehensible and made use of vowels. Essentially, these are what makes the spoken truth.

However, a major flaw in this piece would be that it lacked emphasis as the values of all the elements are dark. Thus, I felt that it lacked unity and harmony in the overall composition. 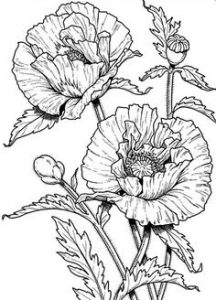 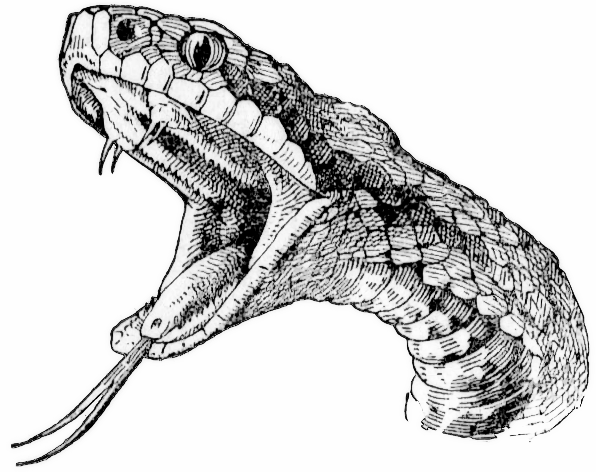 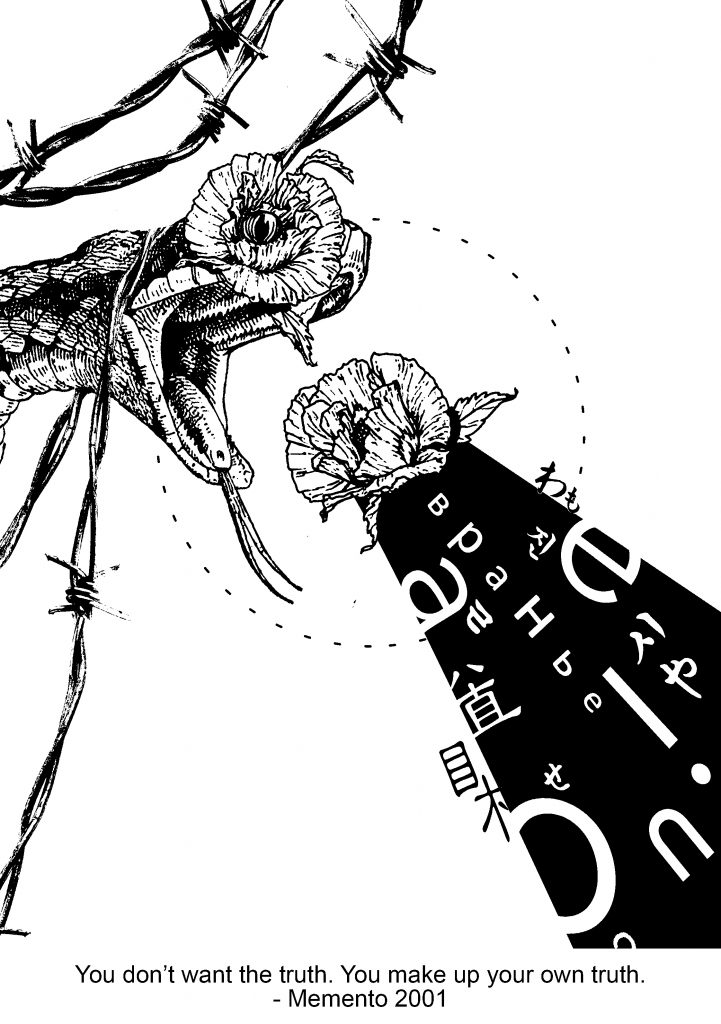 I made drastic changes to the next version but it didn’t seem to work. For this piece, poppies and the snake were representing the toxicity which making up your own truth can lead to. Similarly, the sense of direction of the words did not work well with the snake and poppies.

That’s about it for my design process! I will be making more changes to the 3rd and 4th design which will be posted in the final post.