For our final project, Glitch Singapore, my group (Siqi, Melo and Desmond) and I, started brainstorming for ideas and locations which we could conduct our game at.

Possible locations: IKEA, Big Box (Jurong East), Chinatown.
Concerns with IKEA and Big Box were that we might get chased out. We initially wanted to choose Chinatown or similar areas, where there is ample space for players to move around. But, we decided that the concept and narrative of our interactive performance would best match a public space such as IKEA.

But, we went ahead with IKEA anyway.

WHY THE NAME, “IDLE”?
Inspired by escape rooms and fps (first-person shooter) games initially, we wanted to integrate the first-person point of view and the third space to create an interactive performance. Thus, the name IDLE came about as we, the kidnapees, are idling in this actual (yet virtual space to the participants), waiting for the participants to help us escape via their commands.

INTERACTIVE PERFORMANCE (IDLE):
A group of 4 friends are trapped in 4 different rooms of a kidnapper’s home. The objective is to help everyone escape by directing the victims to look for clues in the room. Players are able to navigate each person via commenting on the Instagram live stories.

Number of players: Cap at 15*
but only for those who sign up during registration prior the game.

Players can sign up for the game via online registration before the game.

LOCATION RECCE
Before we had our test run or actual game, we recce the location, looking for rooms which were suitable for our interactive performance. It had to be different types of room, which will be located a distance away from each other, looking at how IKEA showrooms are being structured. Mostly, we chose rooms which were secluded and not within a central junction where it could be seen easily, slightly smaller in size and have many things in the room so that we could hide the clues and keys. 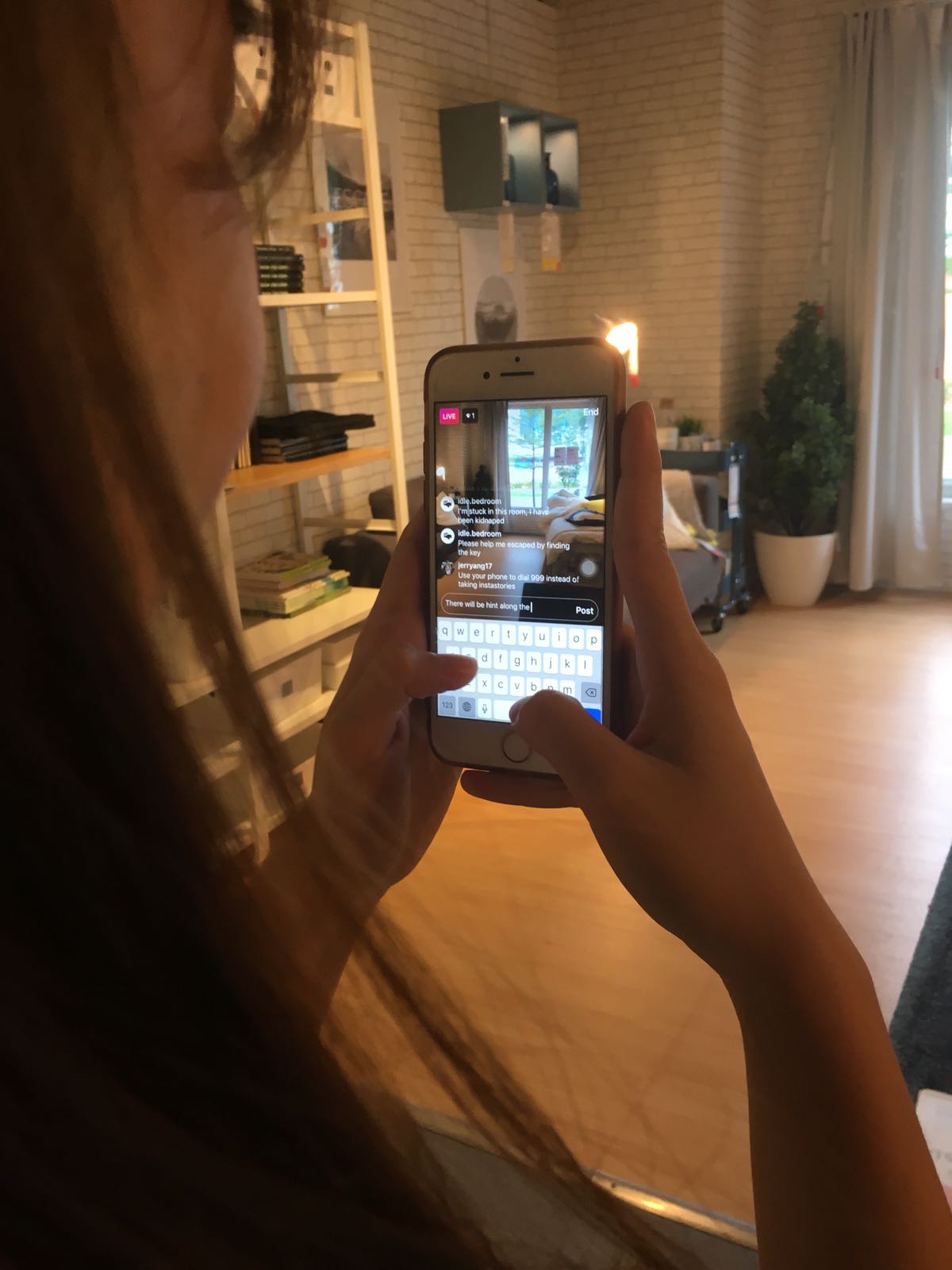 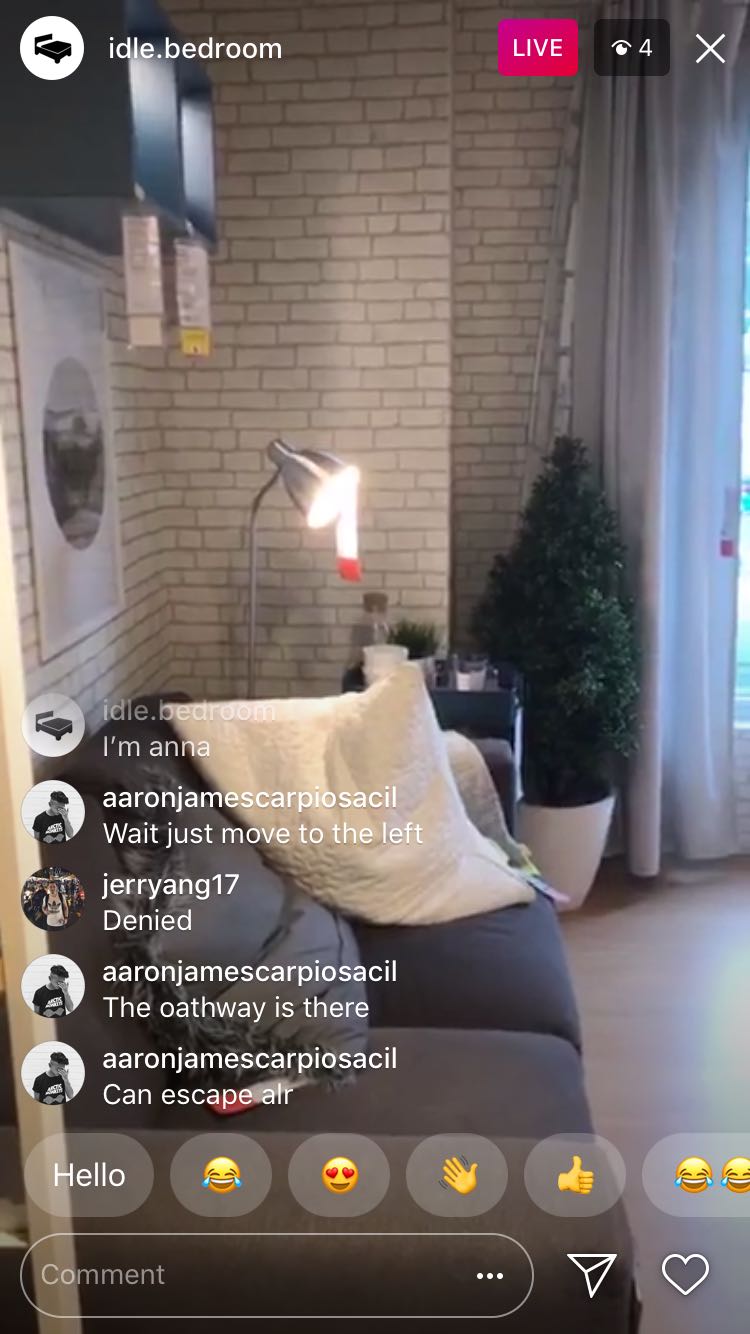 Siqi’s view and the view from the phone’s screen. 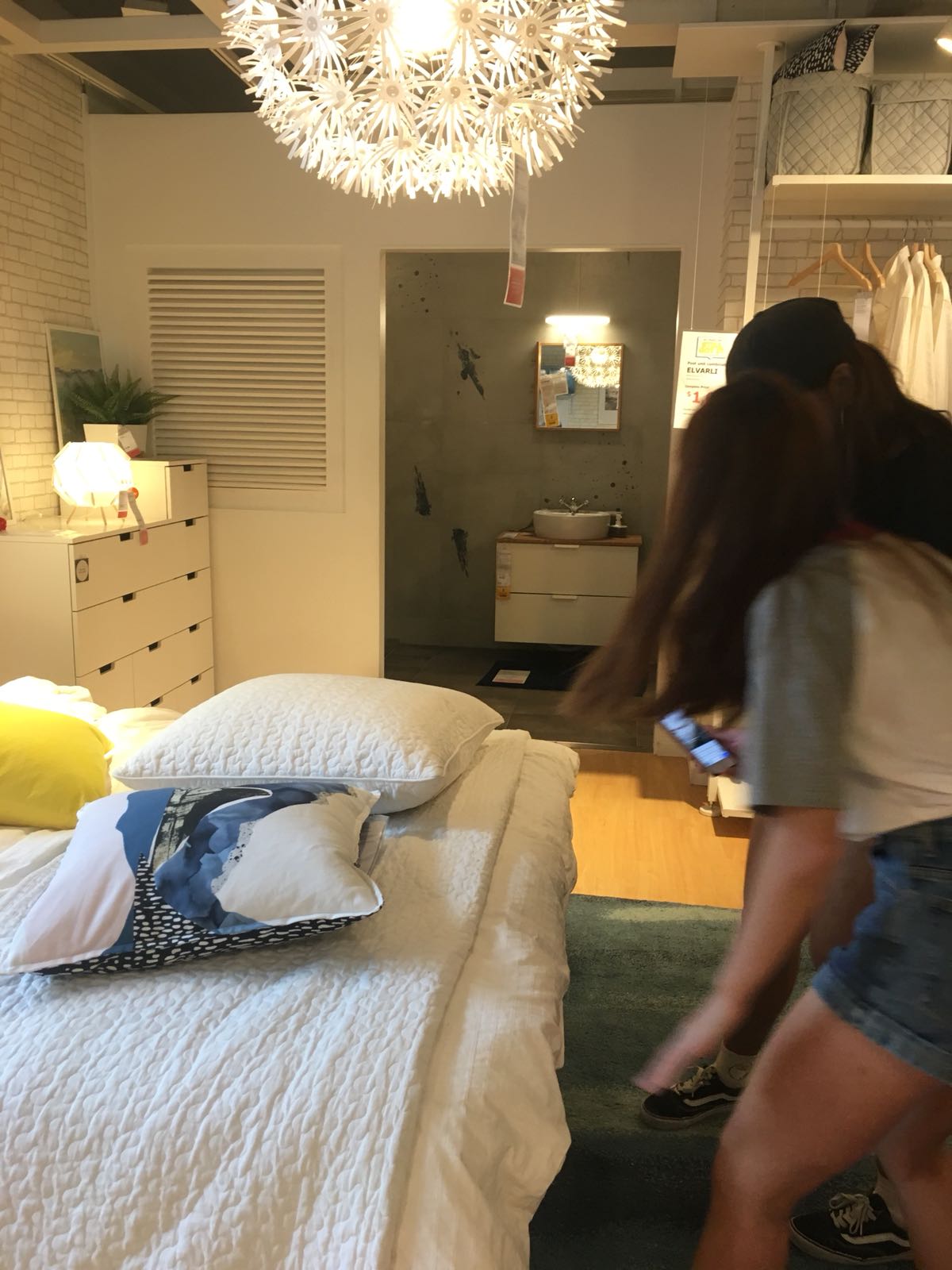 Behind the scenes: Siqi and Melo following the instructions given by our participants. 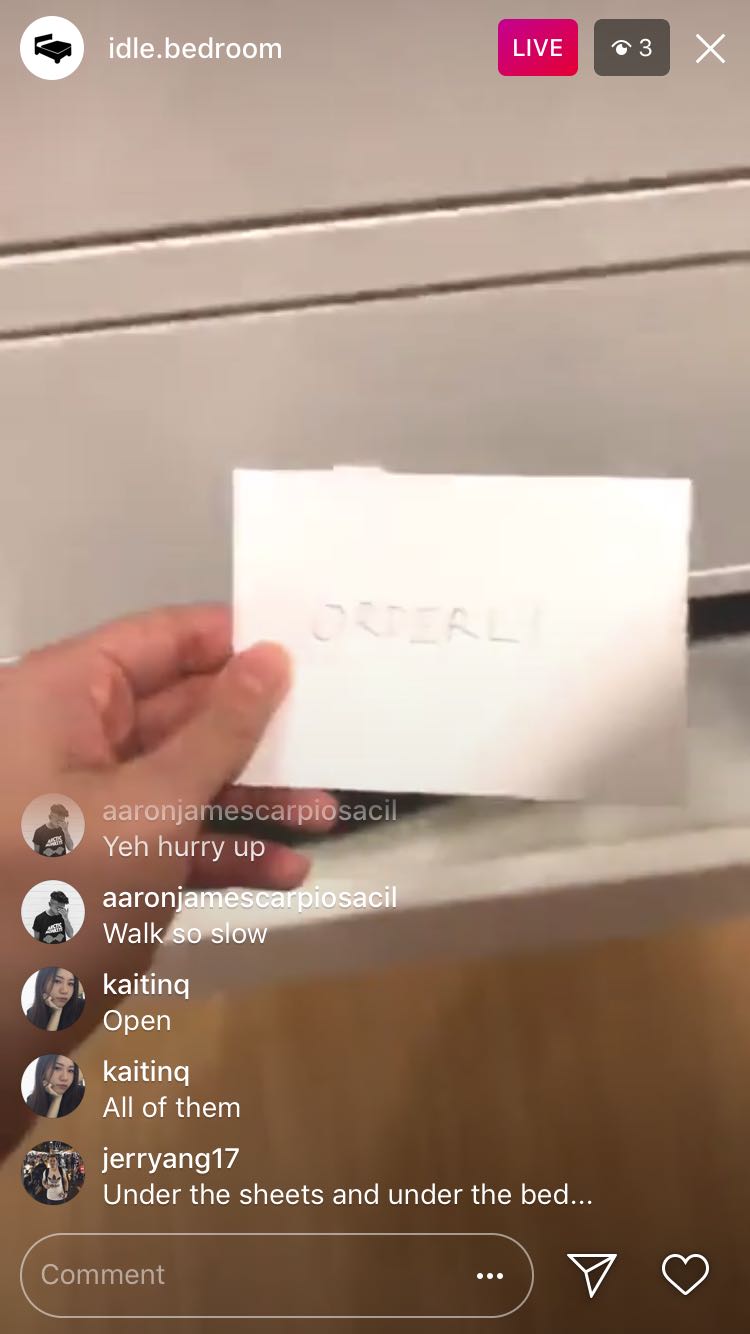 Clues written on a piece of white paper, found by our participants. It says “ORDERLY”.

The participants found the key eventually! (Hidden in one of the pockets in a pair of jeans)

Here are some short snippets of the test run!

Some takeaways from the test run:

Overall, we encountered several problems during the test run. Some problems that we highlighted were:

Some feedback that we got from our participants was that they did not know how to comment initially. As not many rules were being set, some participants ended up spamming several commands in a row. Also, they were not sure whether should they comment “pick up clue” or was it assumed that it will be picked up if they have seen it.

Clues on white paper lack visibility and were too vague

Although the clues were clear on our screens and from our point of view, it was not as clear on theirs, When we joined the instastory to experience what the participants are seeing, we realised that it was mostly overexposed and the words written on the paper was very faint.

Moving on, my group and I will be coming up with clearer instructions/commands for the participants. Also, we start to create 4 of IDLE’s instagram profiles and inform our participants before hand.