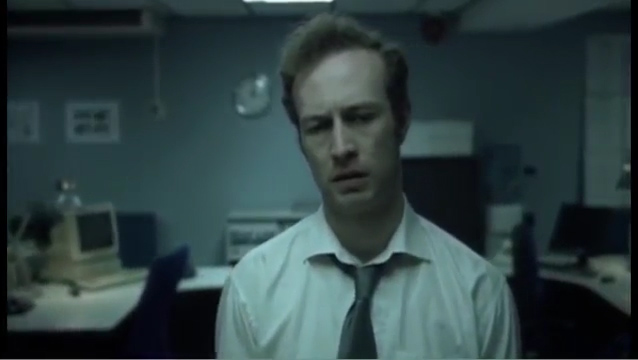 Recreating sound for The Black Hole:

A man working overtime in the office discovers a mysterious piece of paper. The black circle printed on it has the ability to break dimension of any surfaces. He began to explore within the office and had an idea – the company safe box.

The aesthetic of this film projects a dull office environment with a man doing mundane work. Despite introduction of black hole, it still seems boring without special visual effects (especially if you watch it muted). I decided to enhance the film by injecting more storylines and sound perspectives.

A man listens to the radio news while photocopying papers in the office. The news broadcast gives a backstory of the man’s current life – he has no choice but to continue working in a boring job during an economy downturn.

Even without dialogue, we could still read his inner thoughts through paralanguage (occasional sighs and gasps). Gasps (00:52-01:00) are intently audible to suggest that we are now in the character’s mind studying the paper in awe together.

The radio playing at the background becomes a measurement of space. Volume turns softer when camera angle is farther from the man, as if the audience is in the space peeping at him from a distance. This heightens obscurity of what is going to happen.

Environment sounds eventually become constant when the man attempts to experiment what he could do with the paper. Unsettling sound engulfs whenever he comes in contact to the paper.

Image frames are upfront and close up as he walks towards the vending machine. We are now right beside the character anticipating for his next move. Foot steps fills from the left audio to both sides when man walks into the frame (01:15).

I decided to choose classical piece 1812 Overture by Tchaivoksky for its grandeur and triumph music composition (01:40-02:20) to reflect the man’s excitement. More importantly, it gives a quirky twist of mood towards the end, a light hearted sarcasm to look at the consequence of his greed. 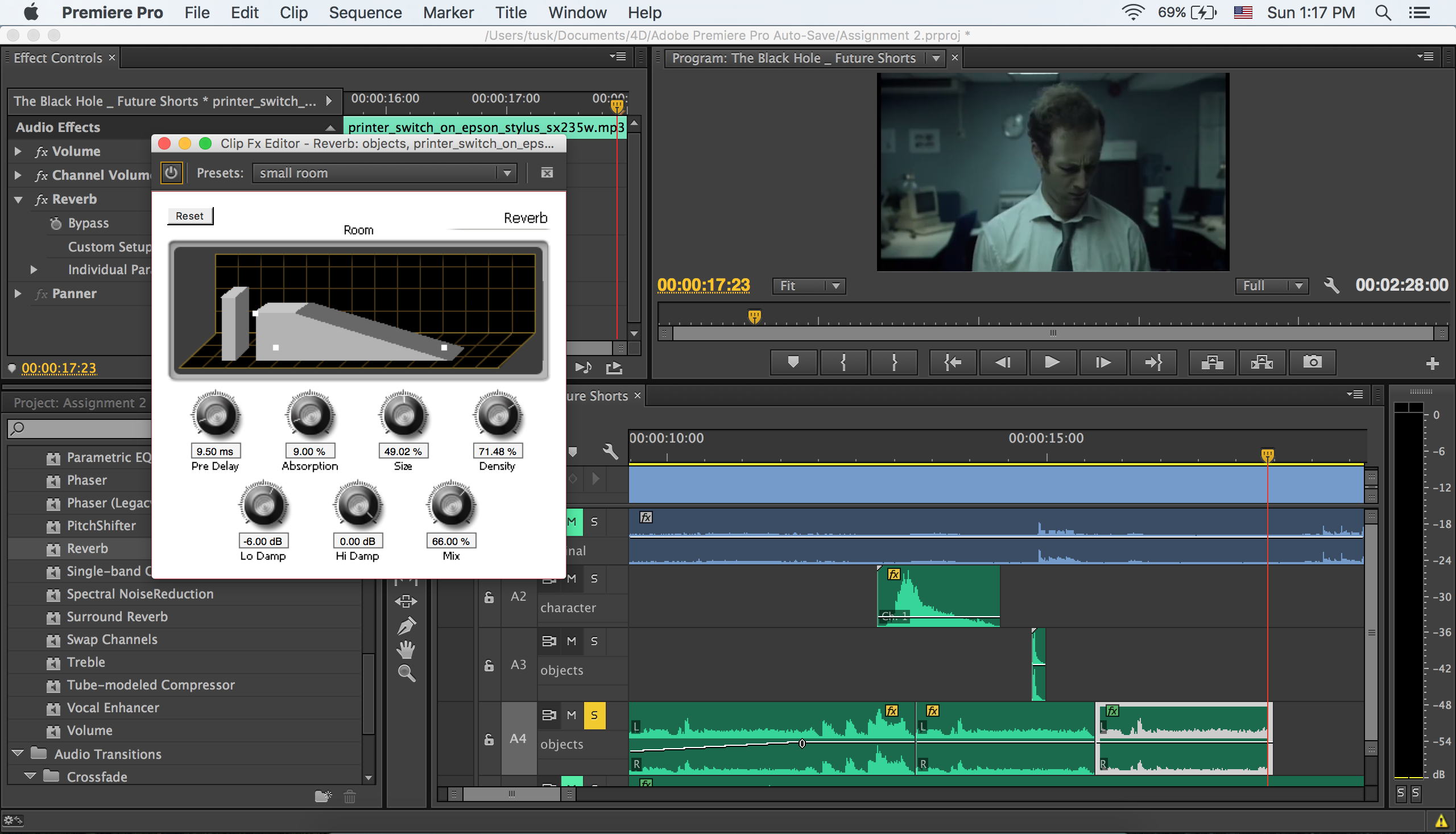 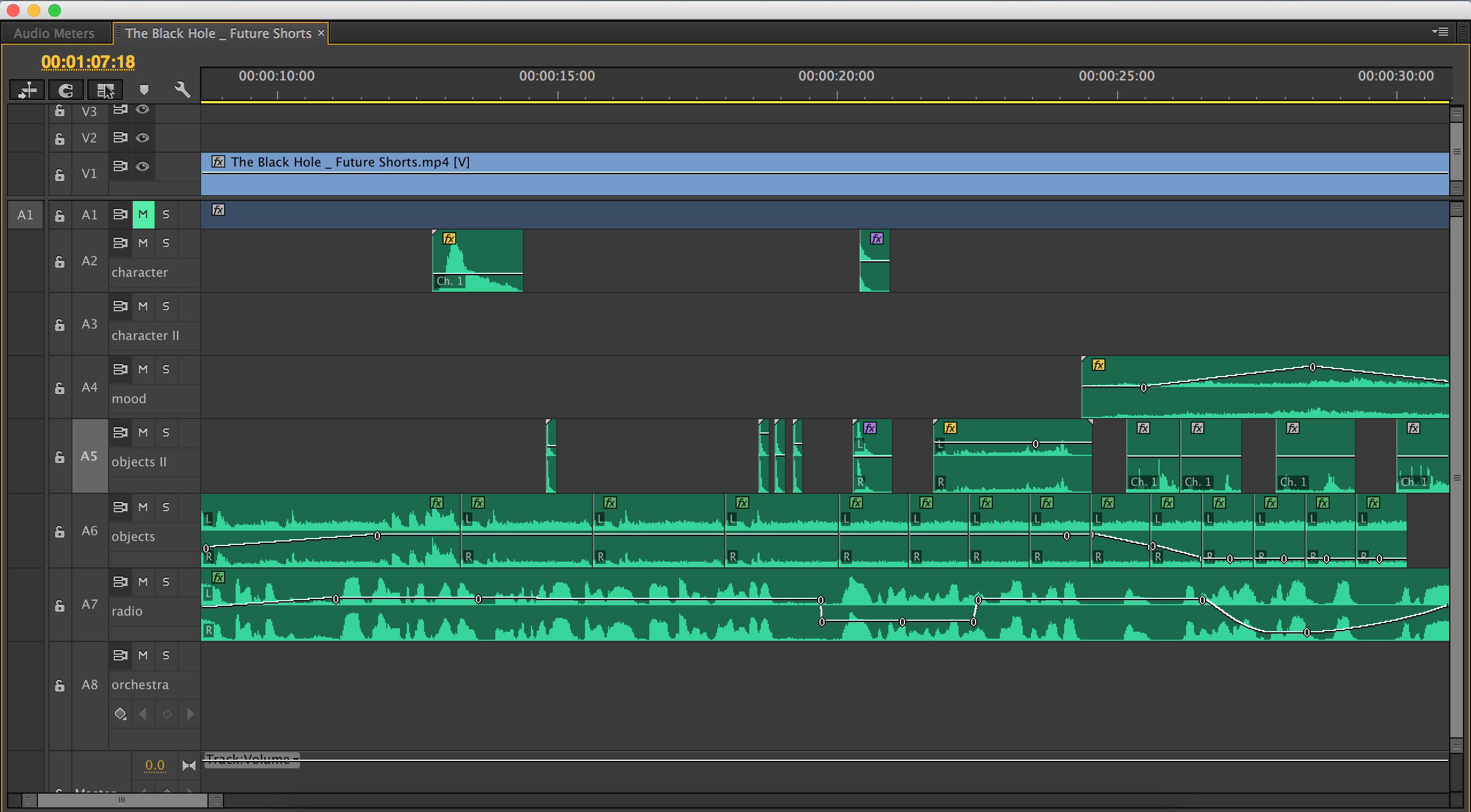 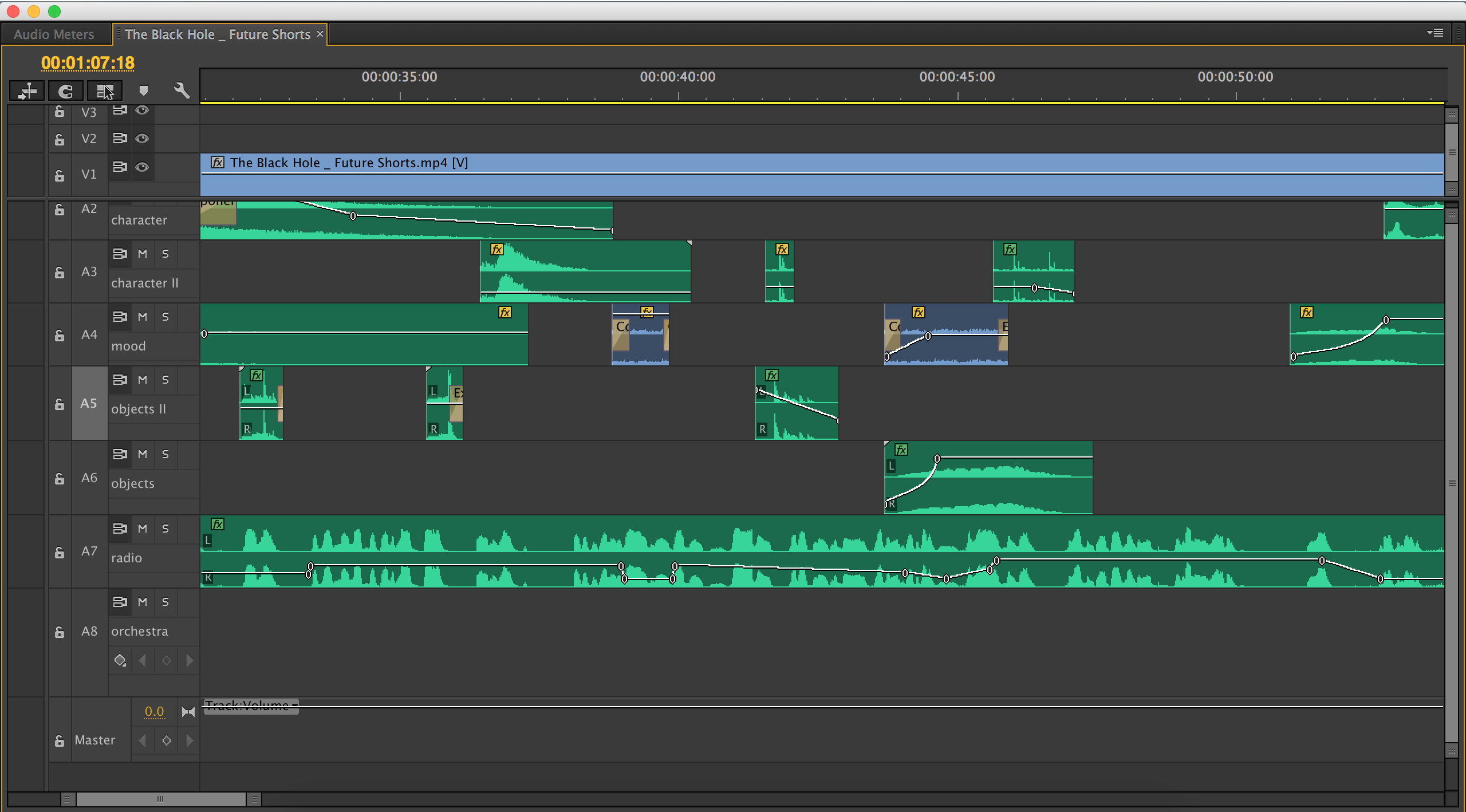 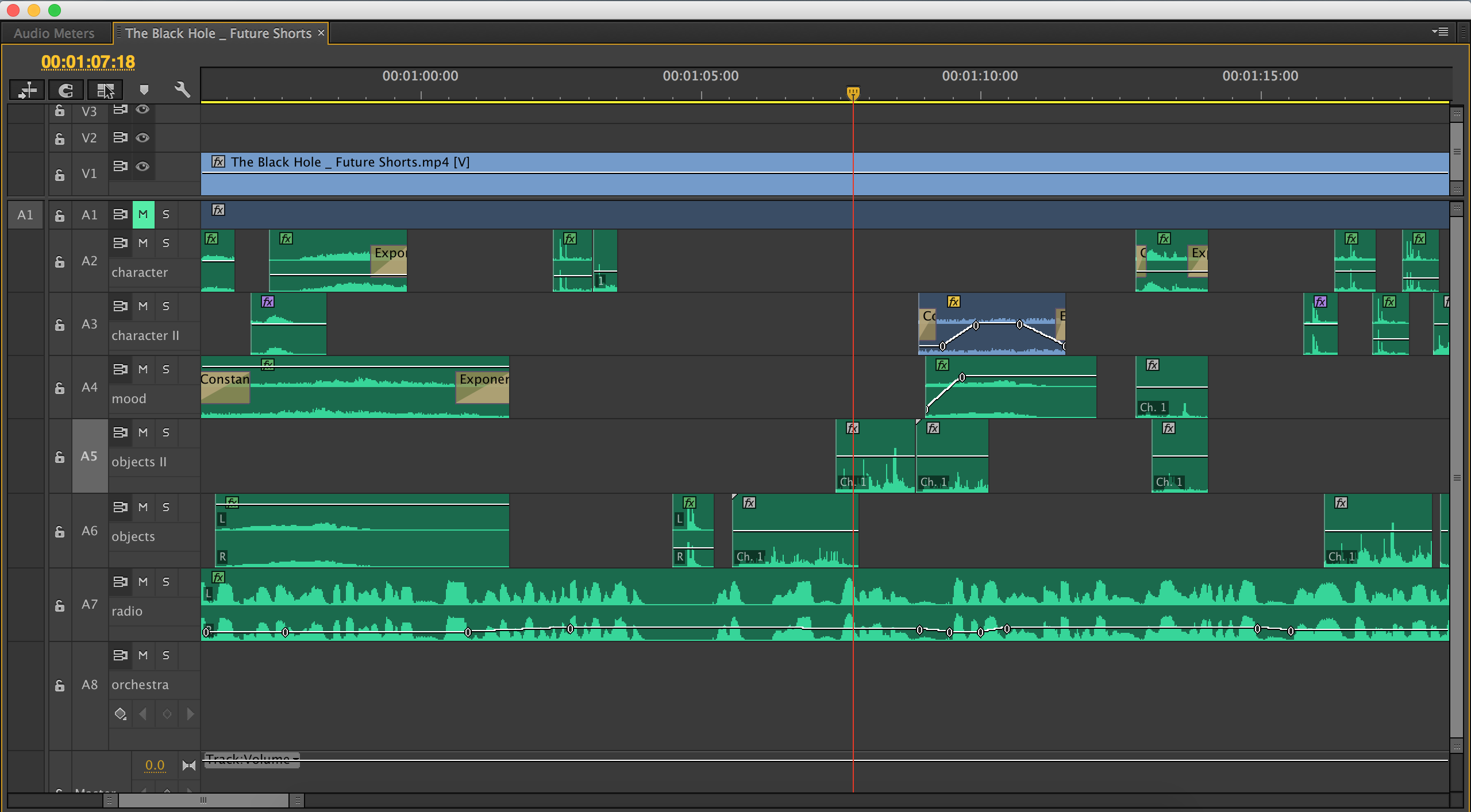 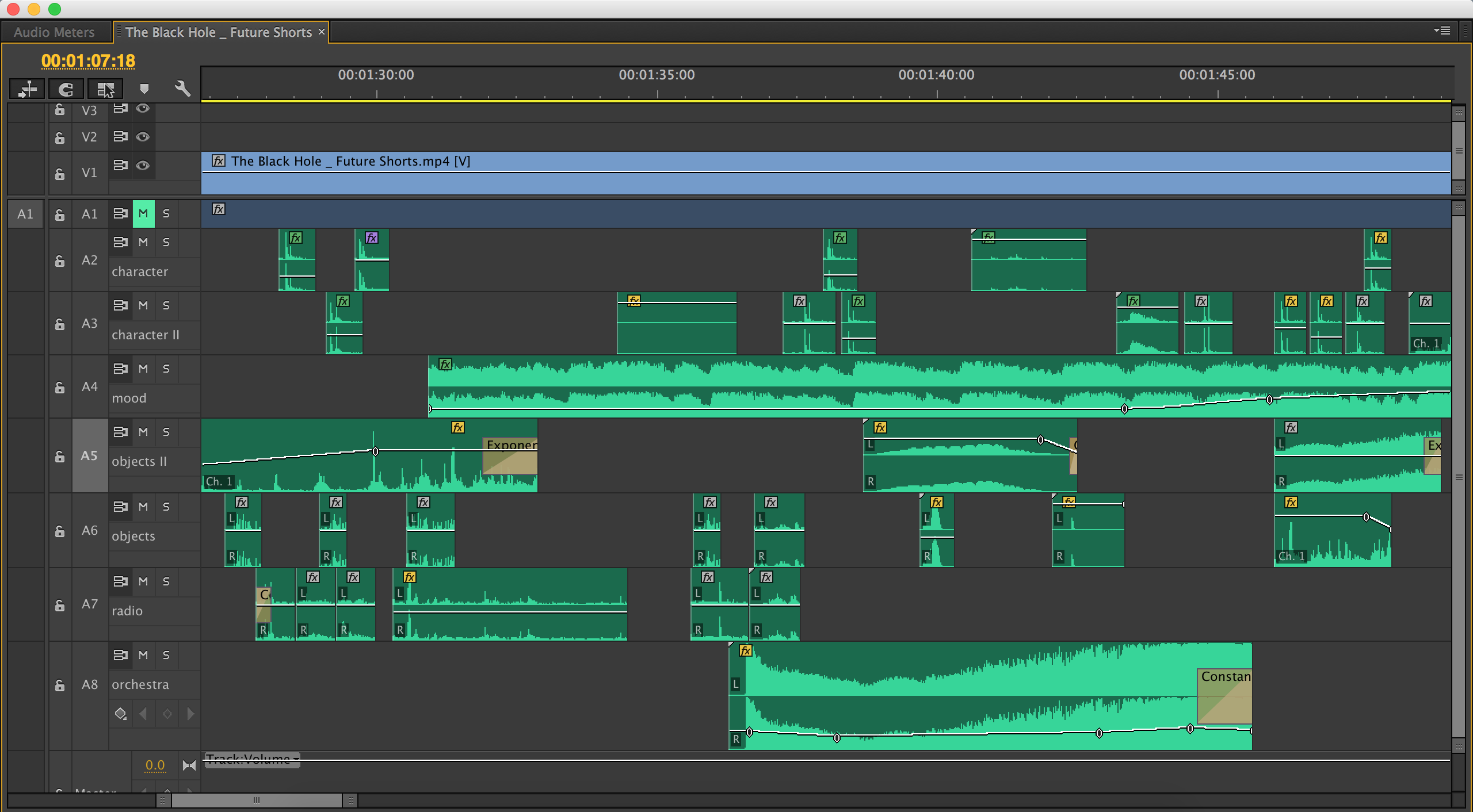 Reverb effect was applied to most of the foley effects to create more resonance.

Tracks to build thrilling obscure atmosphere for the black holes: