// A dive into the mystique pockets of voids.

Graphic designer Peter Saville created the debut cover album for Joy Division using the pulsar signal, “what you’re seeing is this comparative chart of the frequency and the accuracy of the signal.” (Source: Rolling Stone) Pulsar is a neutron star that rotates as it emits powerful beams of light like the lighthouse.

I was fascinated by the abstract use of minimal elements to generate transcending effect of movements. Works of Delbaere and Sena utilised moire effect to create illusional spatial depth.

This became the main art direction, use of simple geometric shapes to compose as I try to figure out After Effects in the later stage of learning process.

With the above ingredients to compose, I needed an atmospheric visual to spice up the overall look – glow of neon lights. My love for neon came from films that revolved around night city life,

Since the media wall situates in a rather dark space, illuminated colours will paint a strong and memorable mood.

With that in mind, Ina recommended me to look into this American minimalist artist Dan Flavin (1933 – 1996). What I love about this series of art installation is its simplicity in form and the use of florescent bulb to speak as he explained, “It is what it is and it ain’t nothing else.” The work is sensitively infused into the exhibit space, he accentuated spatial depth to enclosed space with glowing lights.

Flickr has a pool of quality photos available to refer to, it is a great visual database for me to study neon light illumination and colours.

Inspired by the natural light phenomenon of aurora borealis, 100 horizontally aligned LED light lines are programmed to emulate the unpredictable flow of lights that interacts with its surroundings. 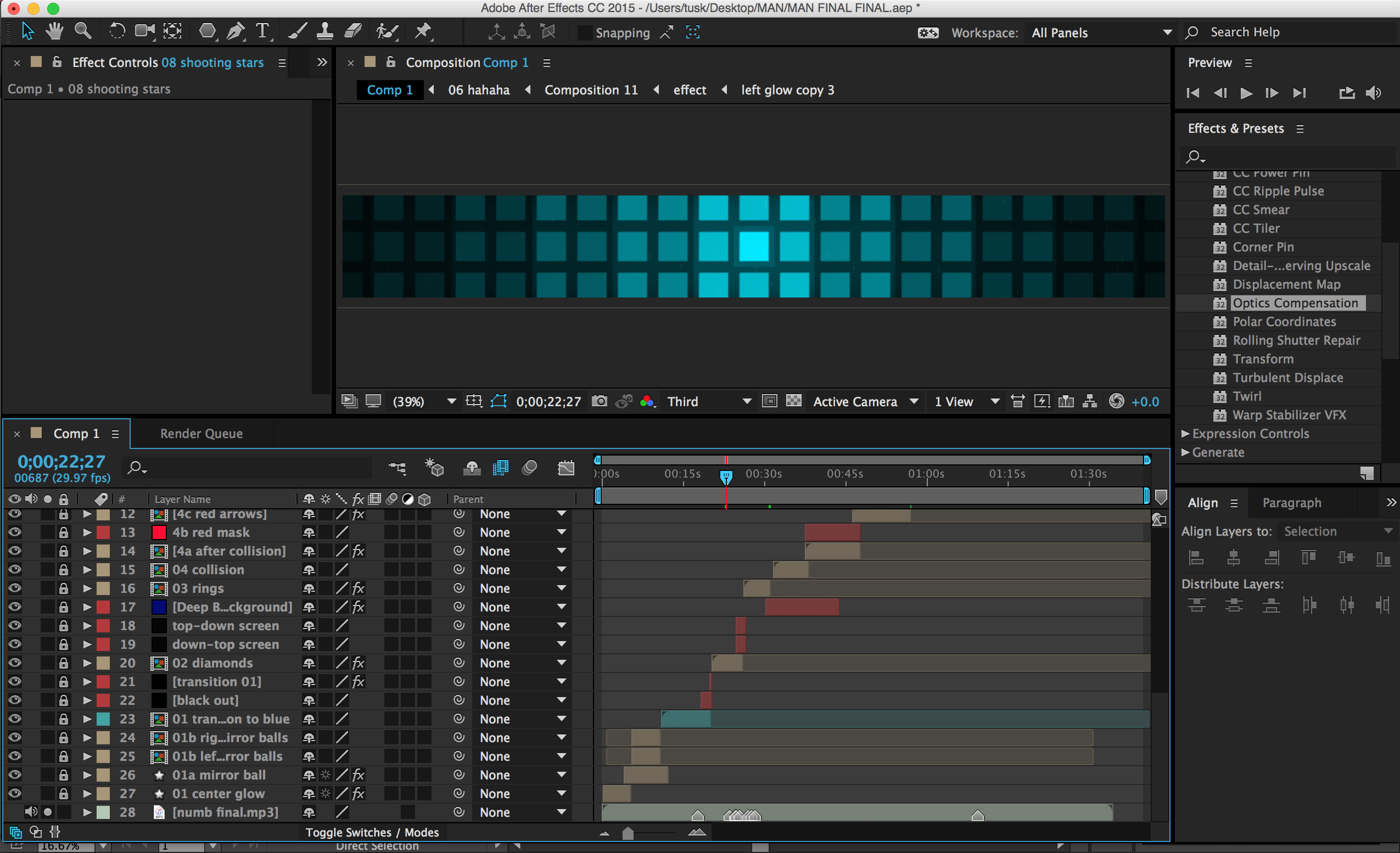 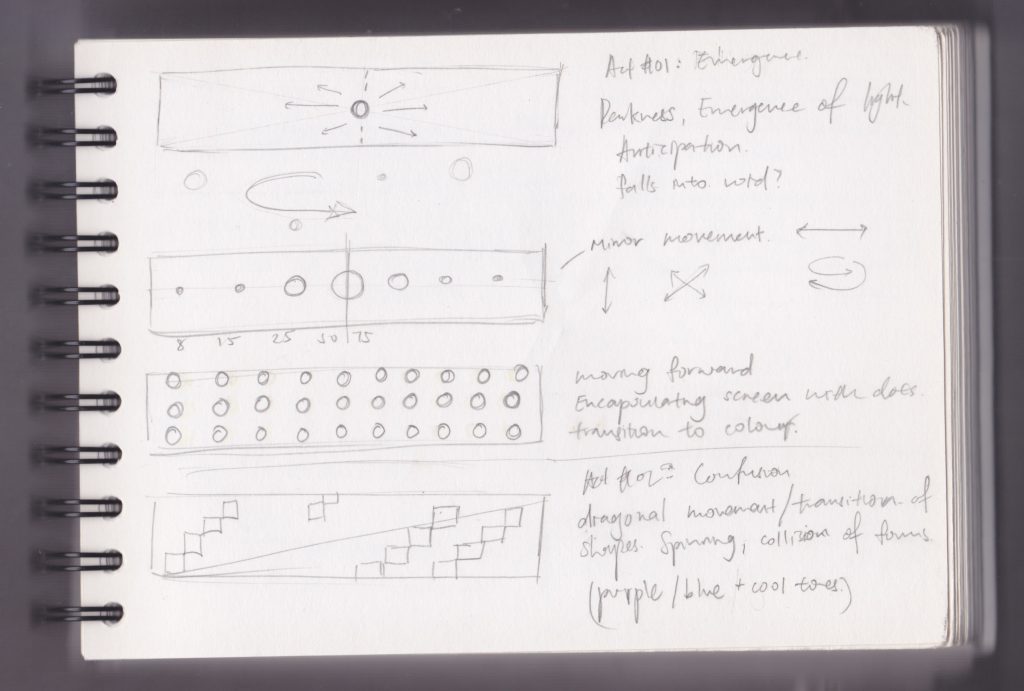 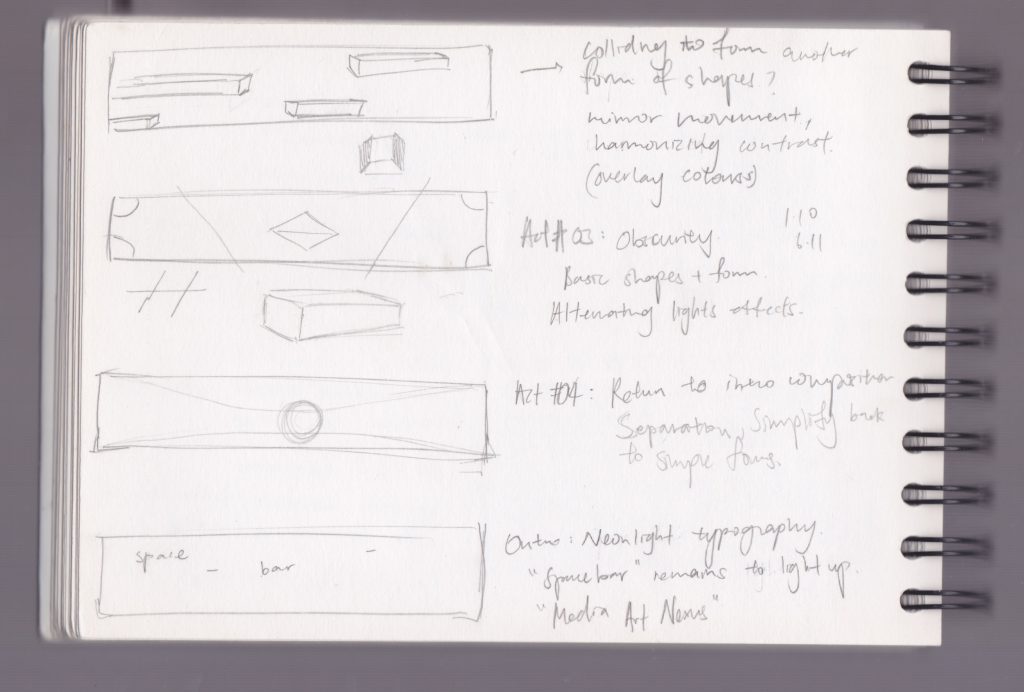 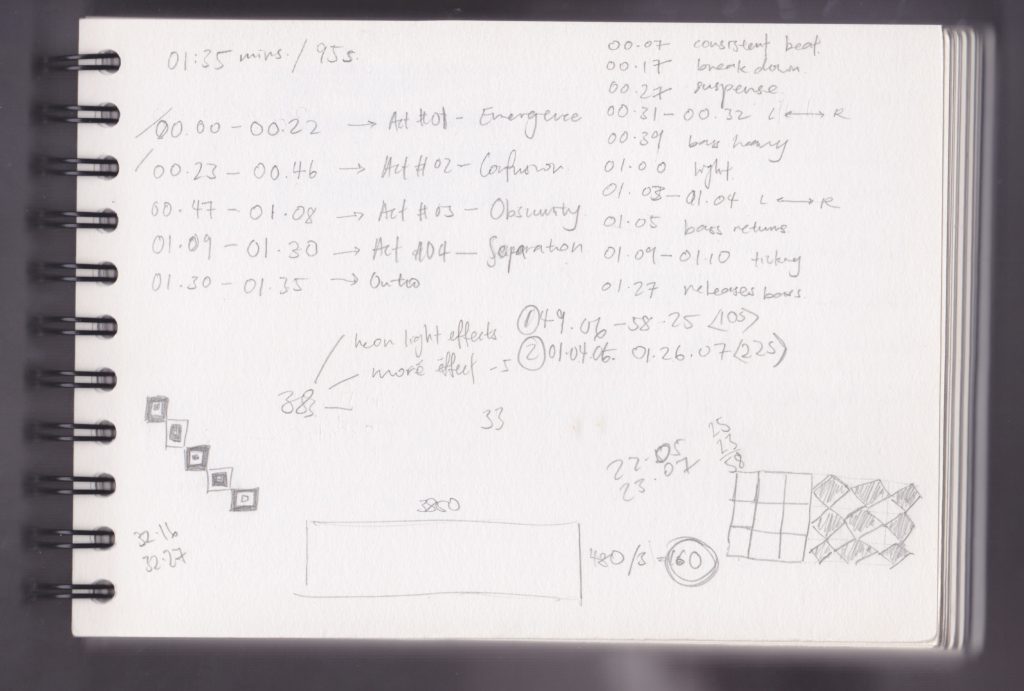 Use of colours and thicknesses of lines/shapes to associate with these aural effects. Eg. bright thin lines to accompany a high pitched melody

First screen test was my first attempt to navigate around After Effects. It was a mix of everything I could compose, from abstract forms to typography. Quite a mess but it set me to what I can expect to produce for the remaining weeks to come!

Spacebar explores into the boundless void to reveal the presence of space based on one’s perspective.