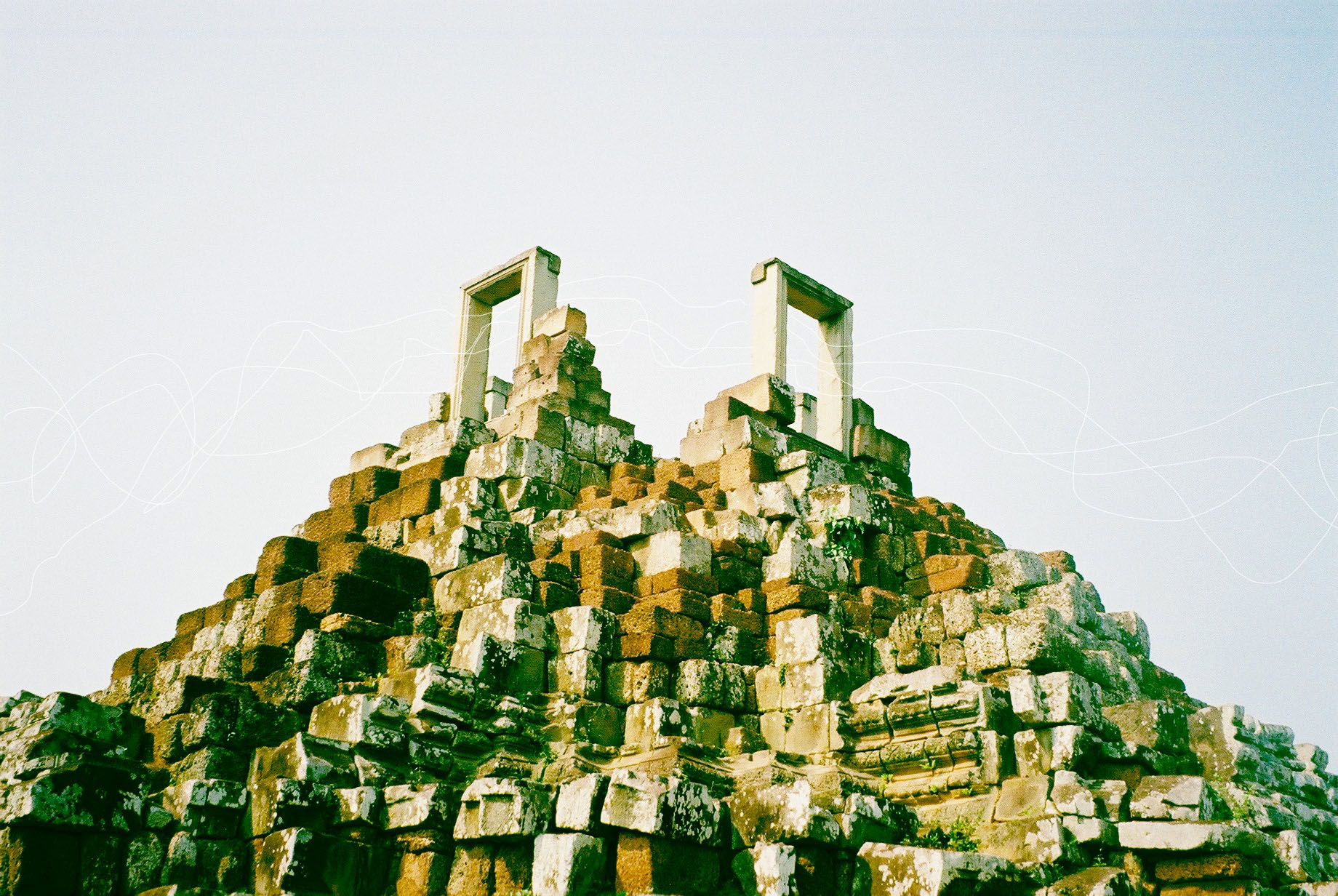 I hold with those who favor fire.

Frost discusses the two human characteristics, desire and hate, with extreme. Either with desire passionate as fire or hate cold as ice, they are equally destructive to the world. This is my take on the poem. Images are to be viewed from top to down, conjoined by thin threads if you would take a closer look. It all started in a human’s mind. One person is all it takes. Desire for existence. Rise of a new empire becomes the fall of another. Hatred crawls and swallows the living slowly, corroding its soul. Ruins stays on to remind thousands of sacrifice, and would suffice.

*All photos were taken by me

Photo sequence begins with a face, flows down to two human emotions – desire (left) and hatred (right) which are tied together through the doors of connector (center). Both emotions are placed at the same level for an equality of presence. It is completed with the shot of rubbles – the aftermath of powerful emotion collision by human beings. White threads (drawn digitally) outline the complexity of one’s thoughts. Prose is written below every still images to help viewer understand better.

“In a gentle way, you can shake the world.”  –Mahatma Gandhi

It only takes one person’s idea to disseminate to the community. The power of unity then intensifies the emotions – desire/hatred, surges through everyone’s mind with belief. It is unstoppable, inevitable. A desire to change or create causes the other end to balance out with suppression. Therefore we can say that fire and ice tie in strongly with each other, both capable of creating chaos and ruins to the world.

As we look at the 21st century world, fire and ice are constantly colliding. Wars have cornered refugees to fled from their homelands, by sea and land. Here, the desire of political groups fighting to conquer lands has sprouted hatred amidst countries. 300,000 refugees (as of August 2015, according to UNHCR) flocking to Europe are the result of fire and ice.