Using InDesign… I have 0 knowledge on how to work with this. But thankful for the InDesign tutorial workshop, I have learnt basic functions and that has definitely helped me in exploring just a bit of this new thing. 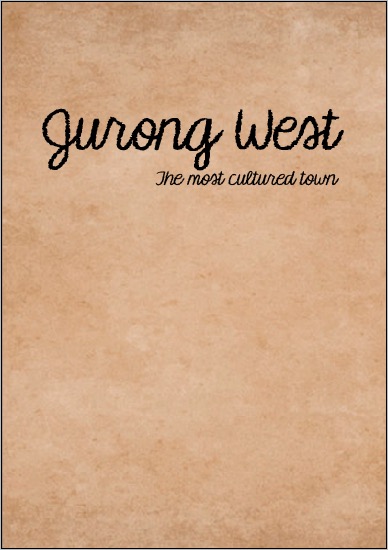 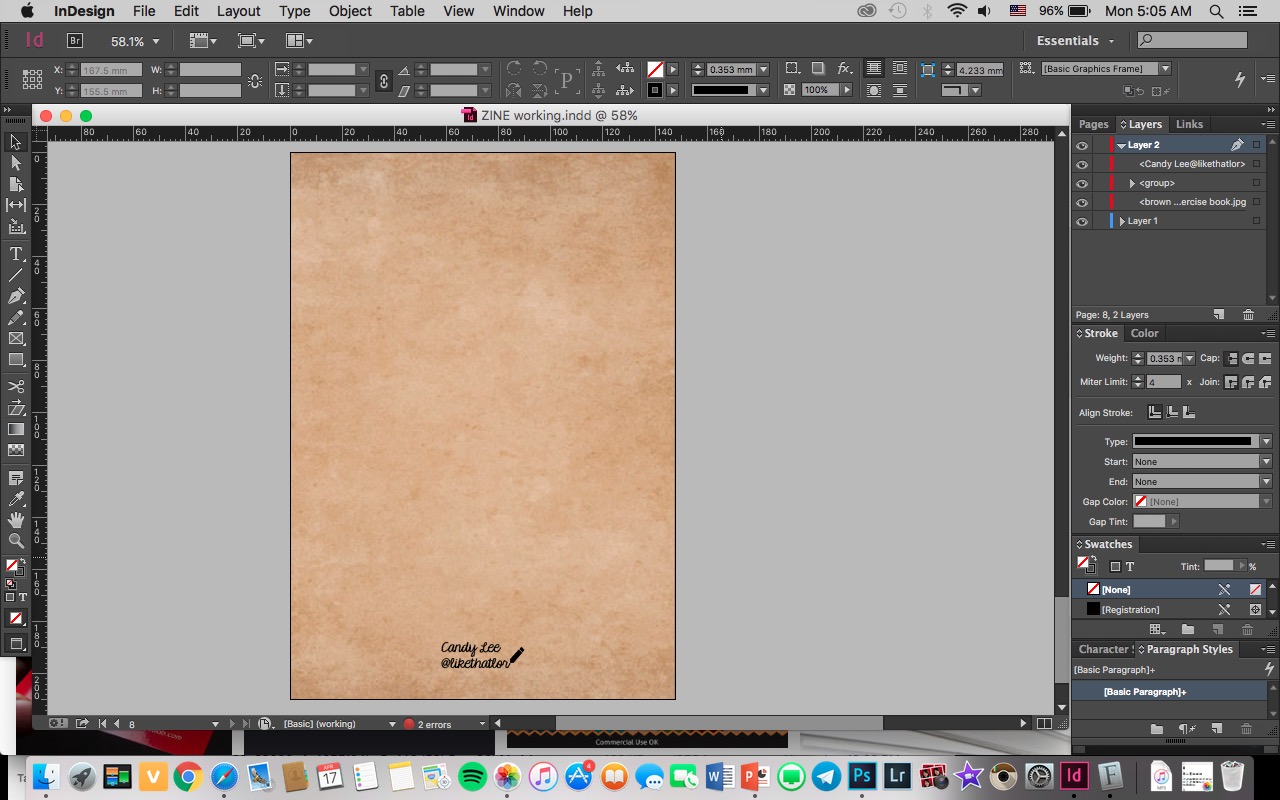 For the first page introducing the many many schools in Jurong West, I decided to make use of about 70% of the space spreading over 2 pages, with the remaining 30% filled with some words. 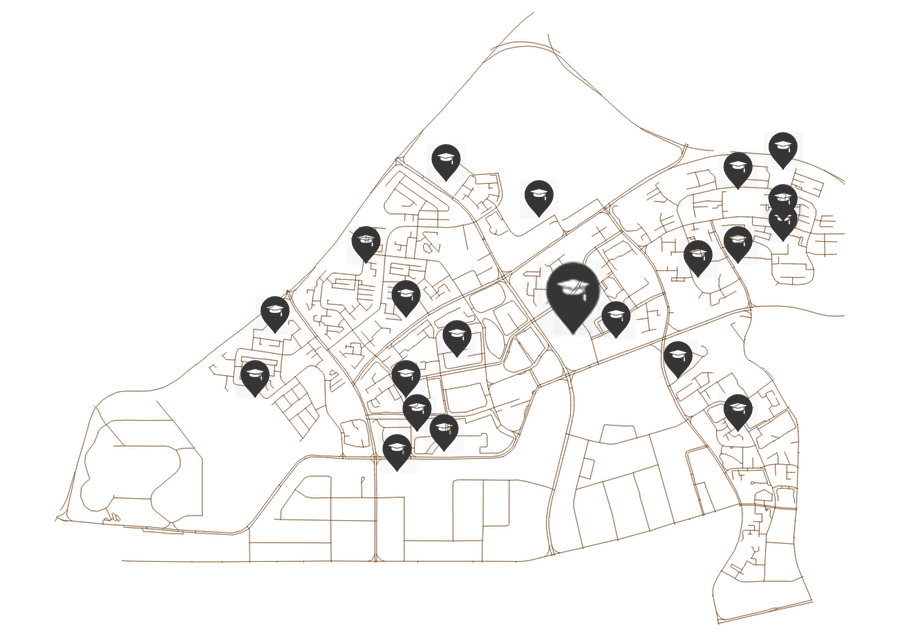 I wanted to introduce the dense distribution of schools in JW, and bring attention to the one interesting RVHS which is very unexpected to be located in the west. 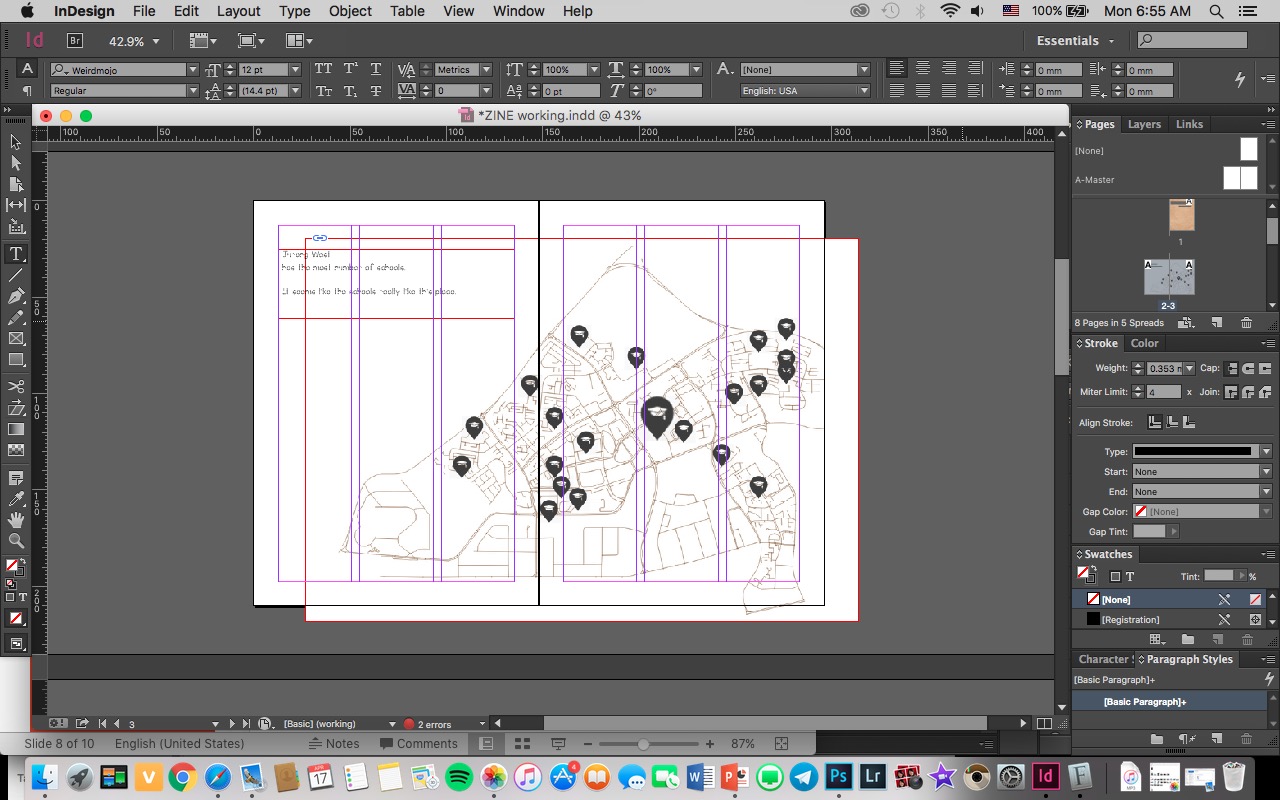 After bringing attention to RVHS, I was trying to show the shift of its campus location 7 times since it was founded in 1956. It has finally settled on its permanent campus in Boon Lay, 2010 slowing moving towards the west. This is seen and represent by the dots (movement) and directing to the west. 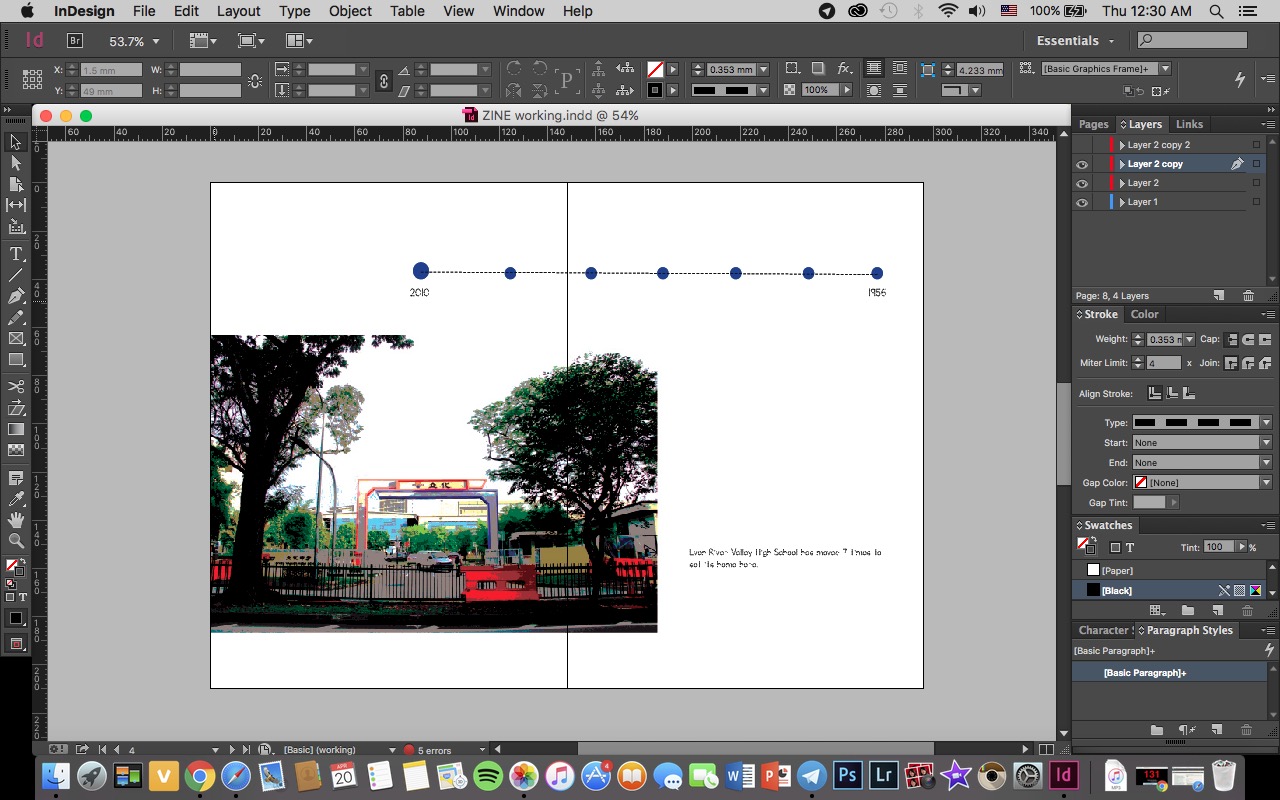 Finally, this will reveal the reason I suggest for its relocation. Because of the beauty I found around it.
There is a little kampong feel spot, and with beautiful nature surrounding it. I simply fell in love with the environment, I liked it a lot, I took many photos and I felt really good and at ease. 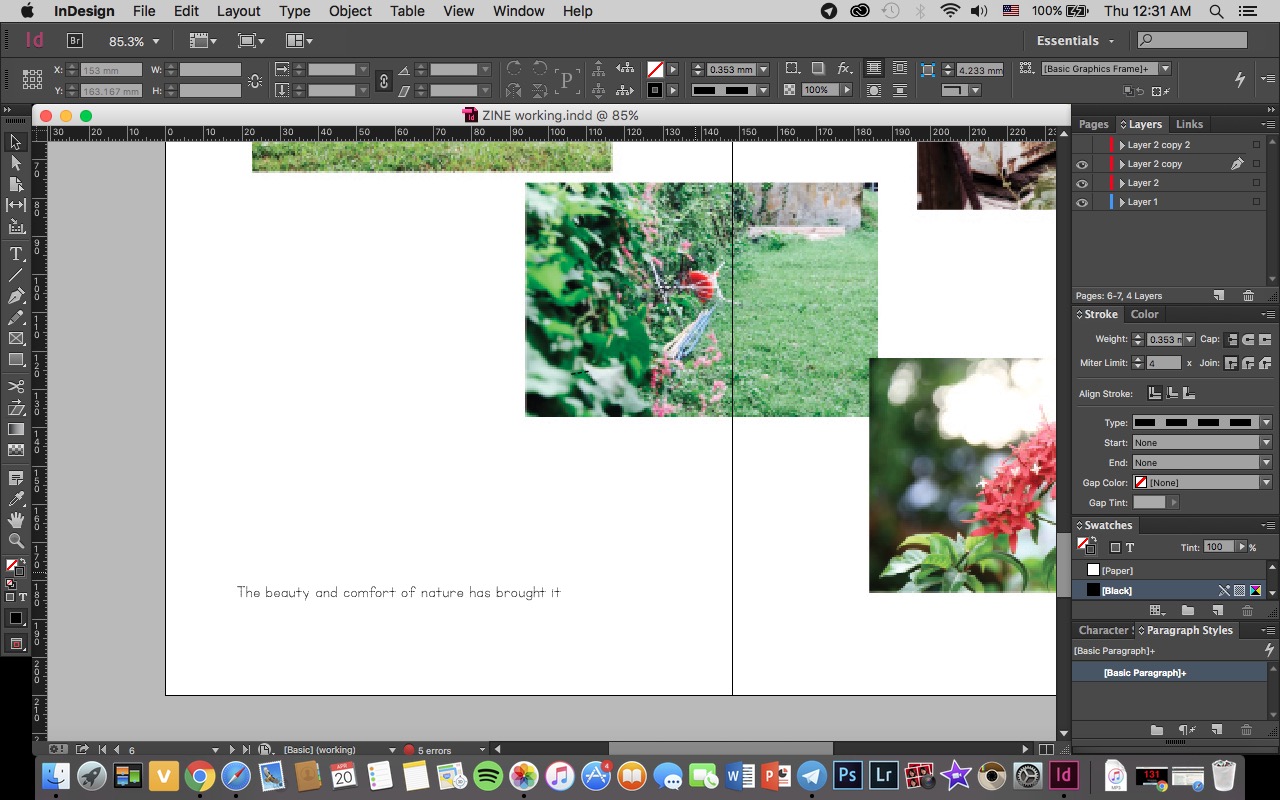 I designed the images to be aligned more towards the top right corner of the spread to create a ‘sense of unevenness’ so that the focus would be at the opposite corner.