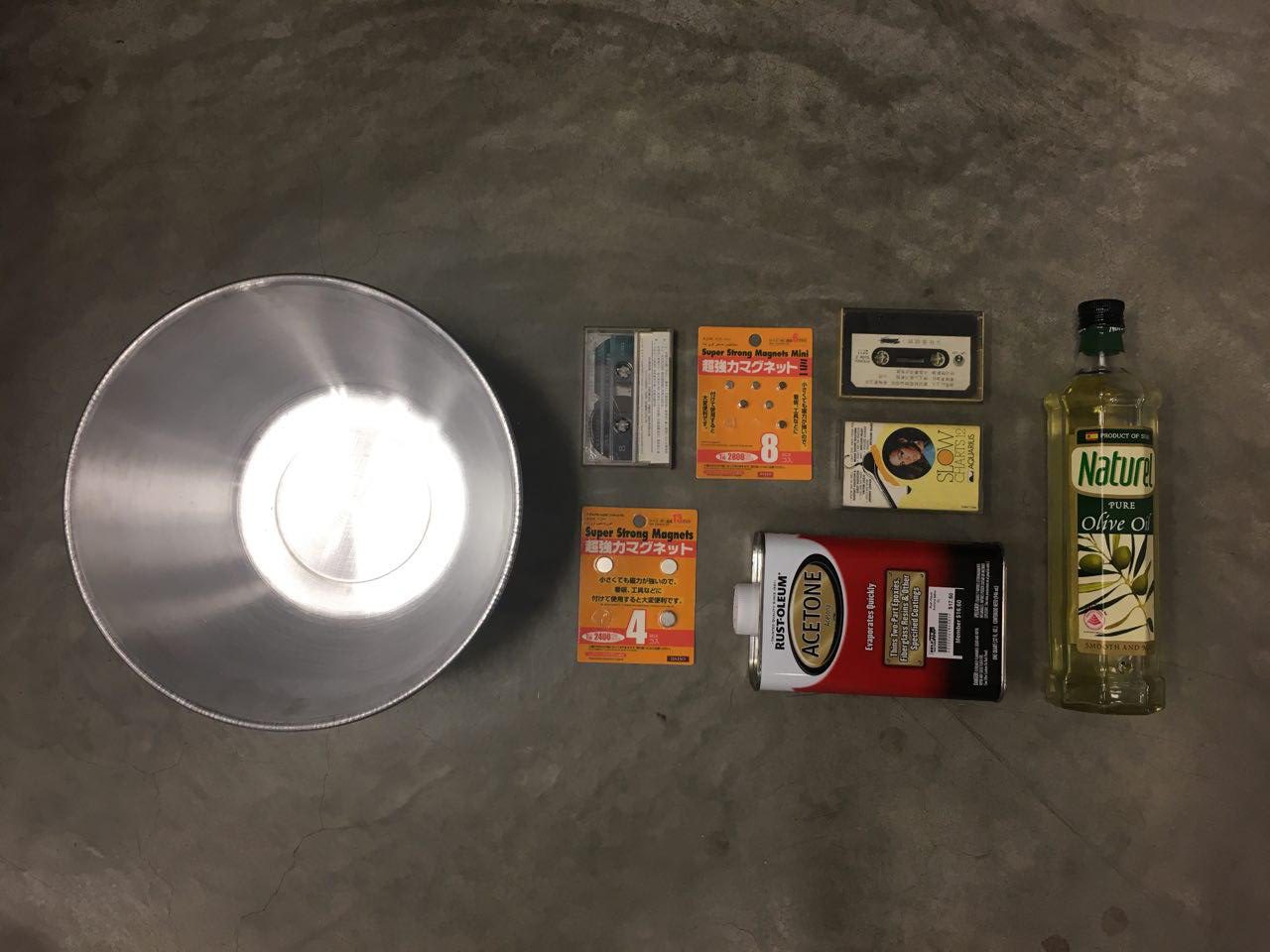 This project is a joint work by Sheryl and I!

The animals we decided to work on were Shark and Remora. They had a mutualistic symbiotic relationship. This means that both of them benefit from the way they interact with each other.

An avatar we worked out was: Shamora!

It is amazing how from adhesion, we could link it to magnetism in ferrofluid as the main force in our eventual work. From hooks and velcro, we turned to water bed inspired by natural fluid movements, and then coming across the idea of attraction and then following into magnetism!

We agreed that it is very interesting to use magnets to depict the relationship of sharks and remora fish, as well as to symbolise their kinetic movements.

We started on the making of our work by first DIY-ing our own ferrofluid!!! And there was a very dangerous ingredient – acetone

We were so scared we put on gloves, goggles, masks and we did it at a relatively safe outdoor environment. 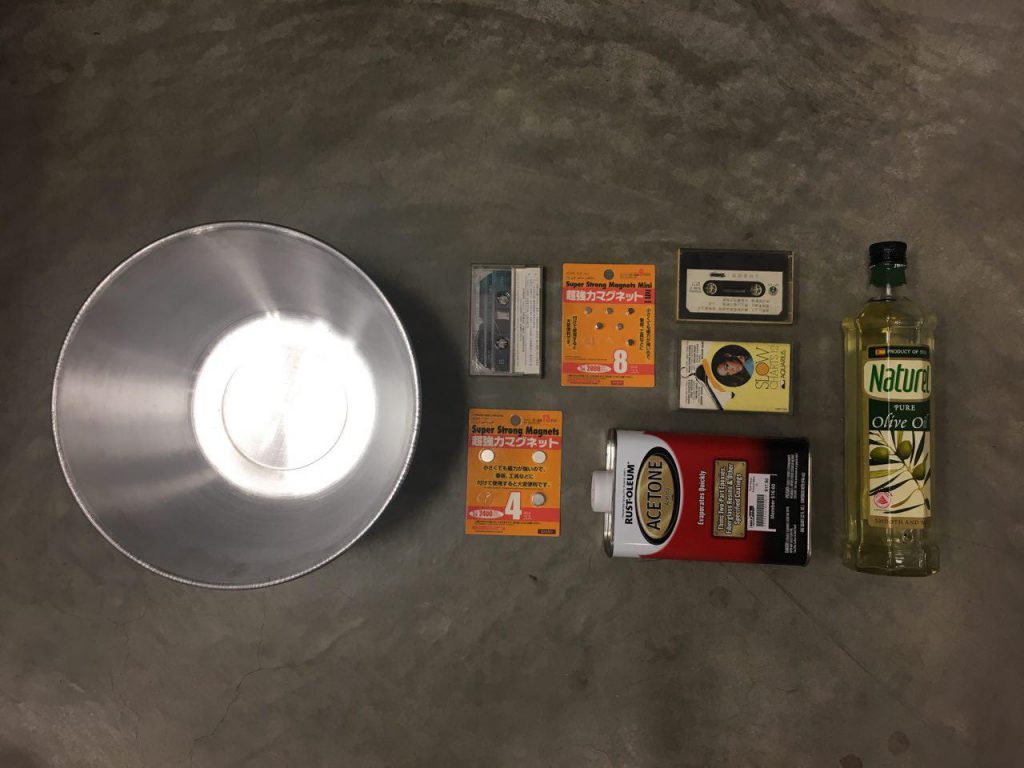 We first removed the rolls of tape. 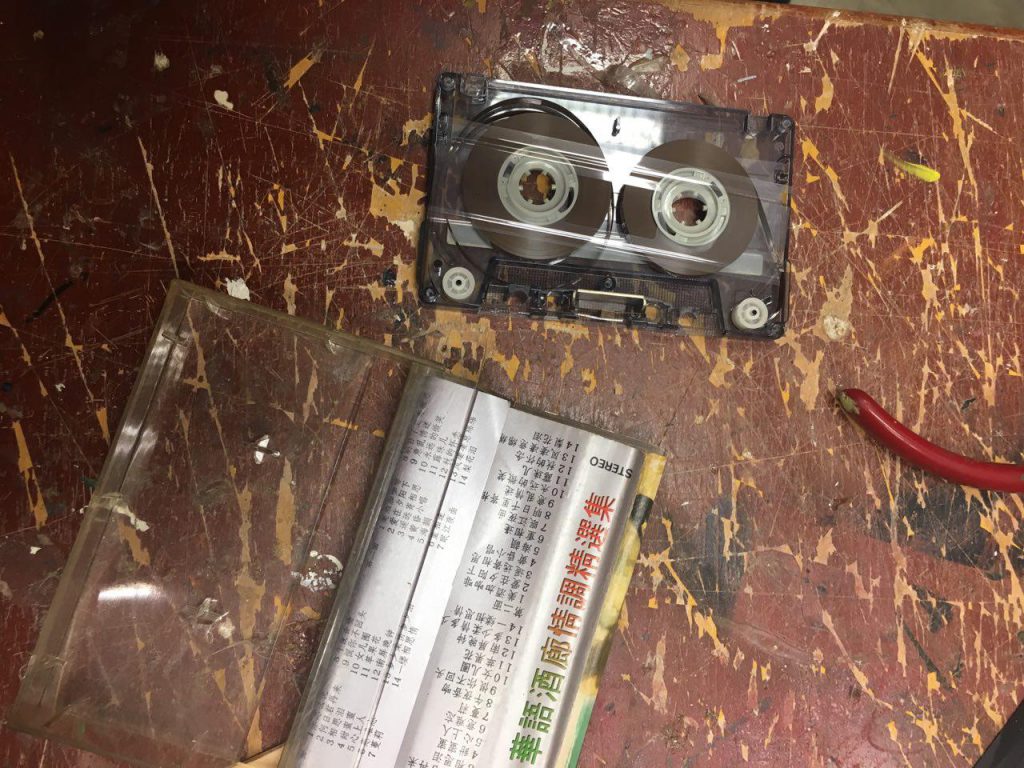 One by one unrolling them into the big bowl. 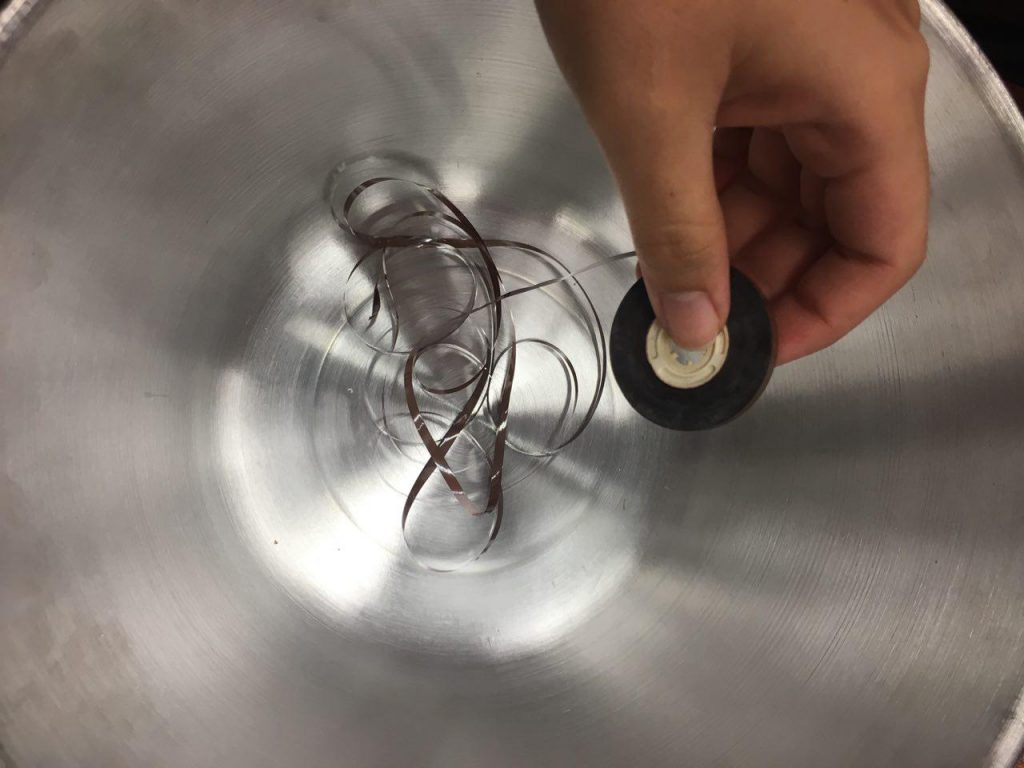 Tada. We estimated we needed this amount of tape to be reacted with acetone. 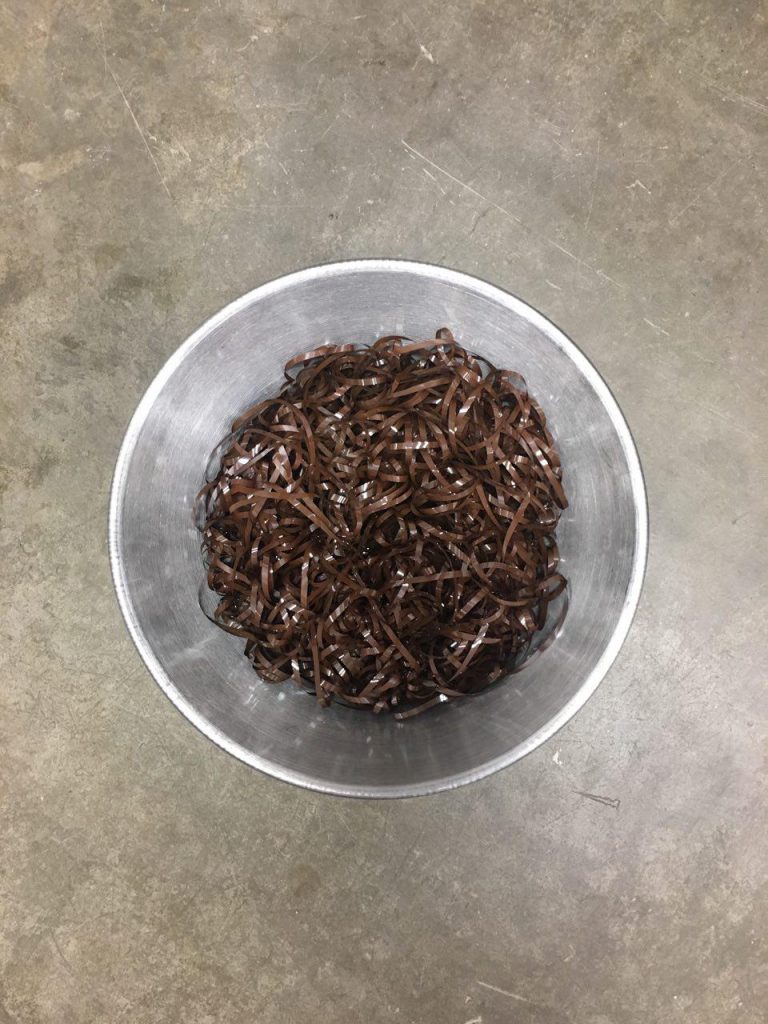 Finally, we added acetone into the bowl carefully and cover it. We left it to react over the night. 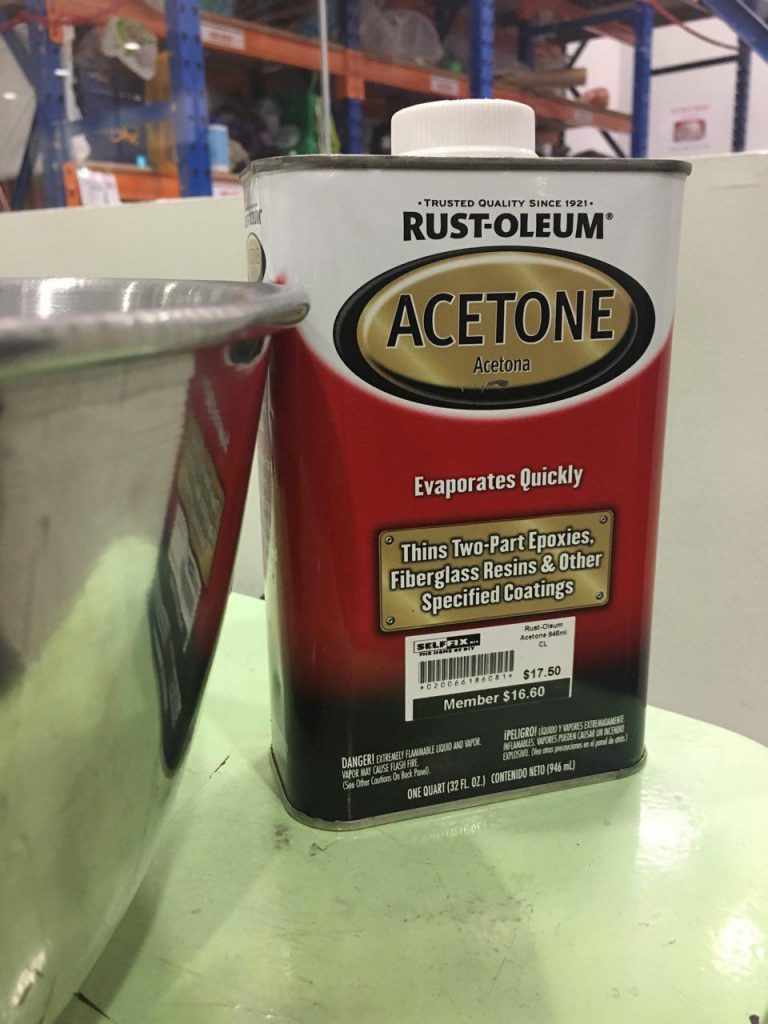 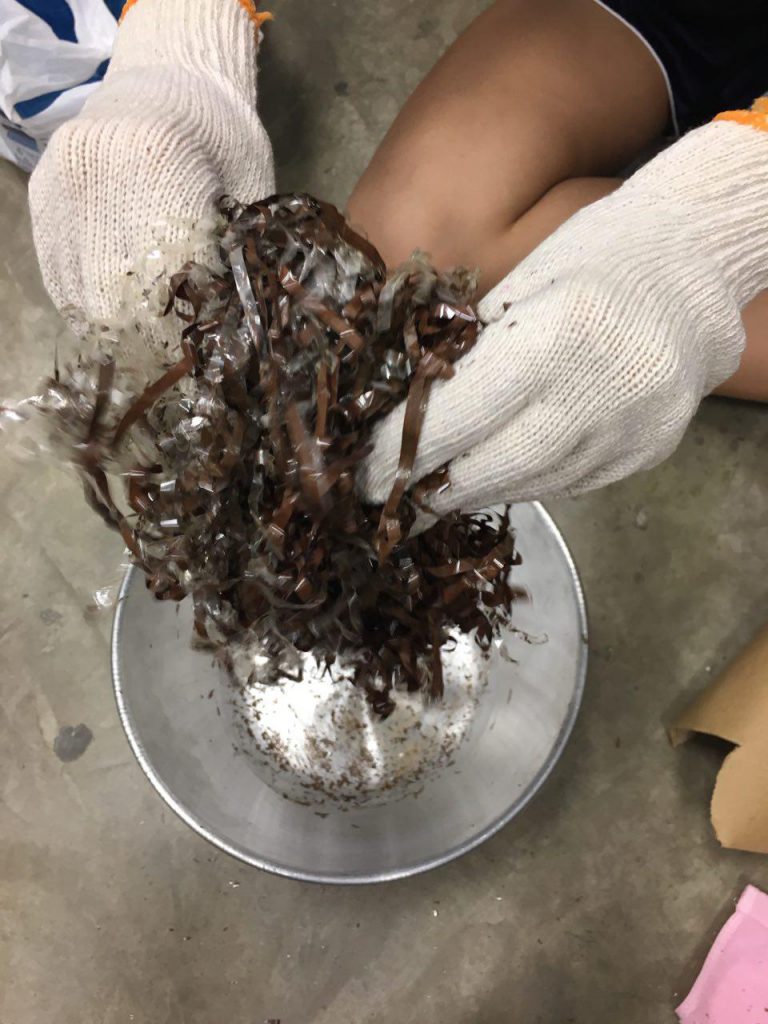 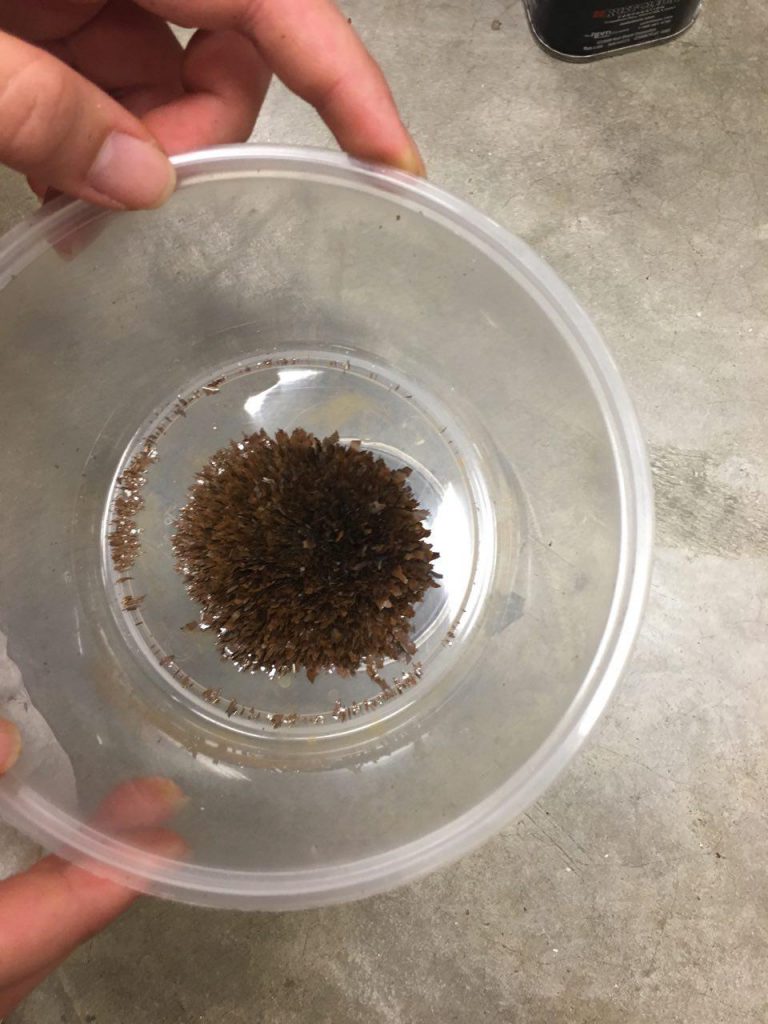 Ironing and sealing of the PVC plastic! 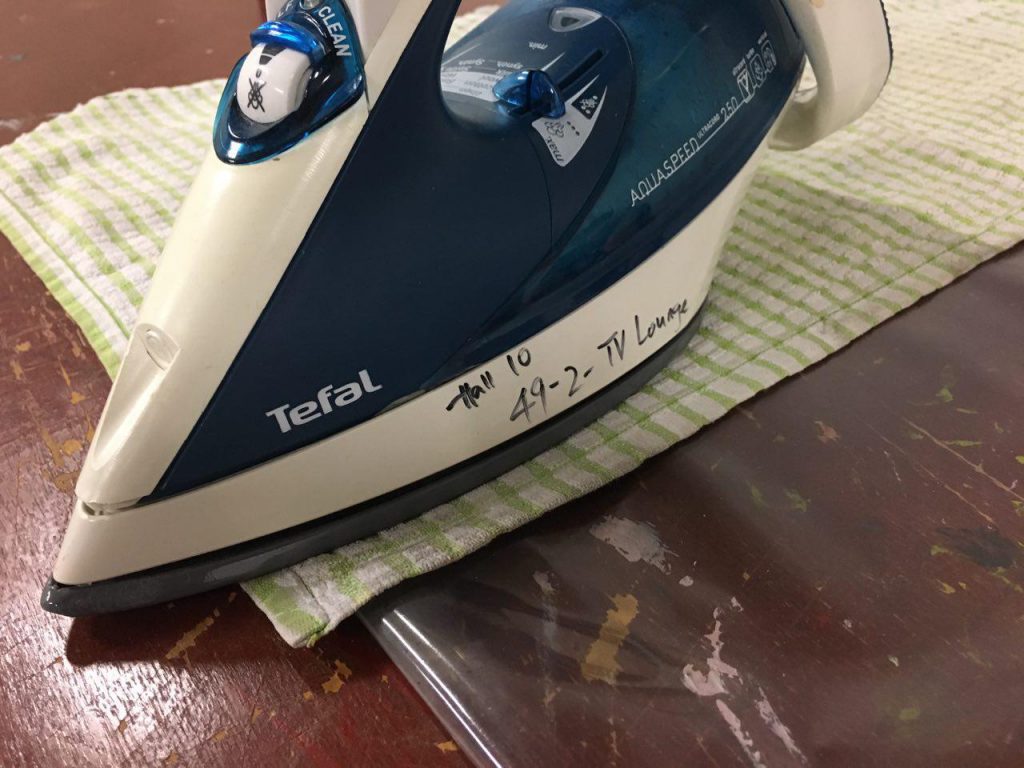 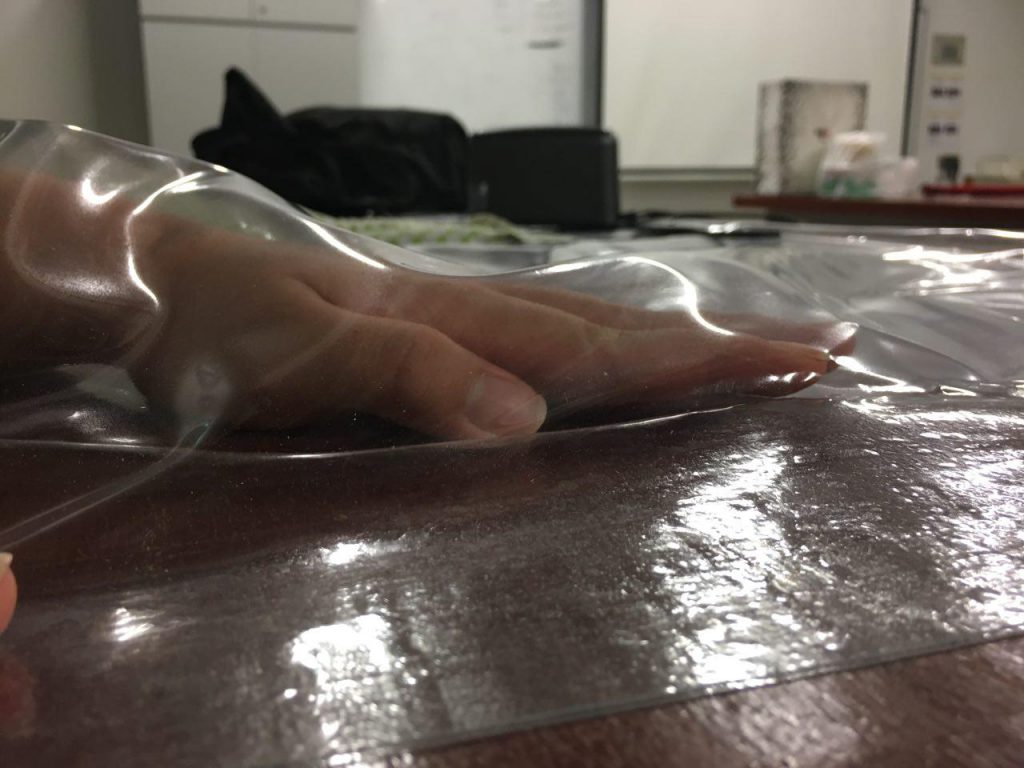 Check out our videos on the making of our work! 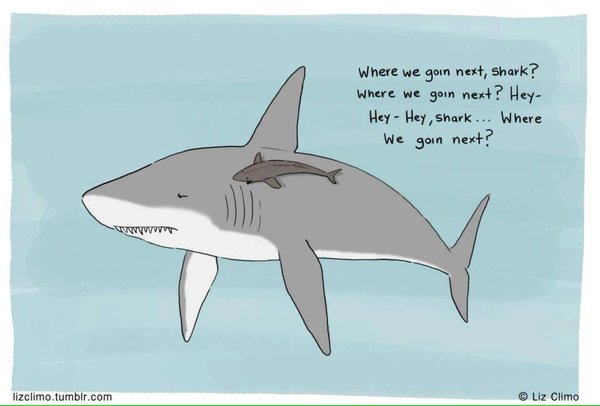 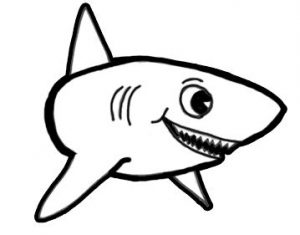 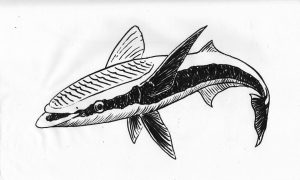 Look at them being so harmonious and comfortable together…
The relationship between the two species is… Symbiotic – Mutualism !

Mutualism relationship:
The remora fish attaches to the belly of the shark by a sucker disc in it’s mouth. It travels everywhere the shark goes, with protection and free transport from the shark. It eats any parasites on the shark which helps keep the shark clean. It also eats any leftover food from the shark. The remora gets to eat and the shark stays clean and healthy.

…however, too many of these remora fish may cause the host to slow down significantly (causing similar effect to how barnacles are to whales), and this may cause danger! 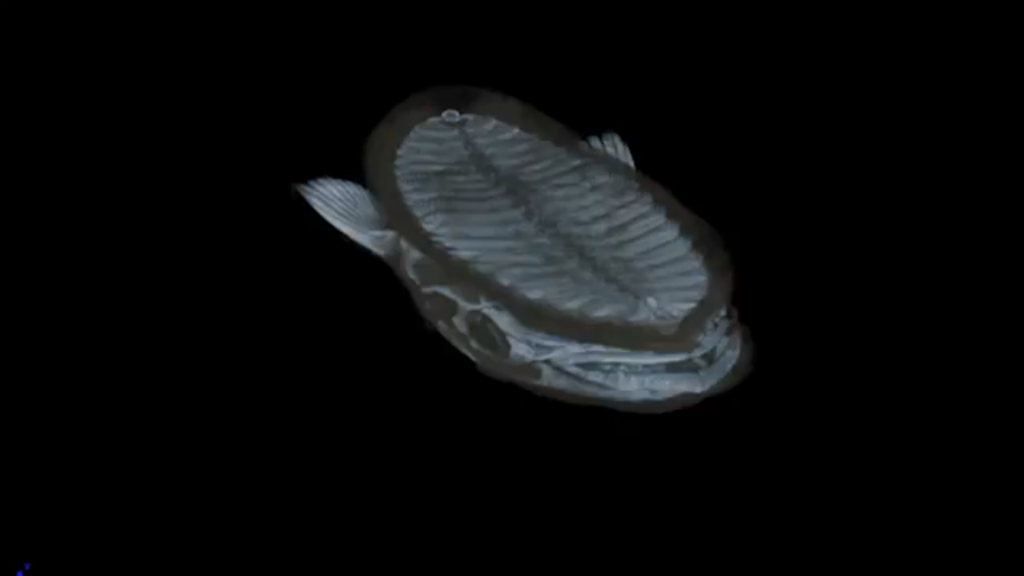 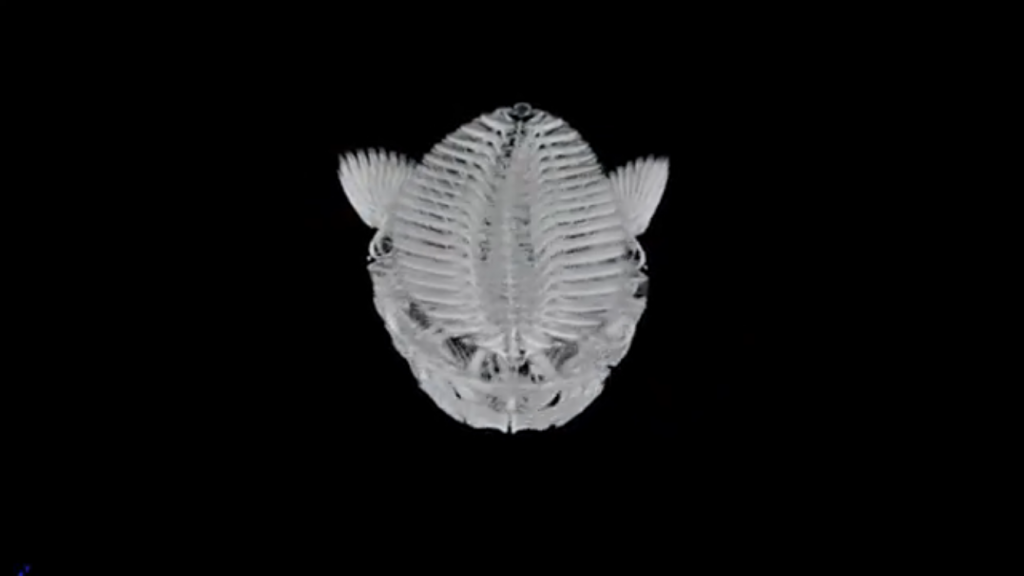 Front view. Skeleton of remora (taken from the video link) 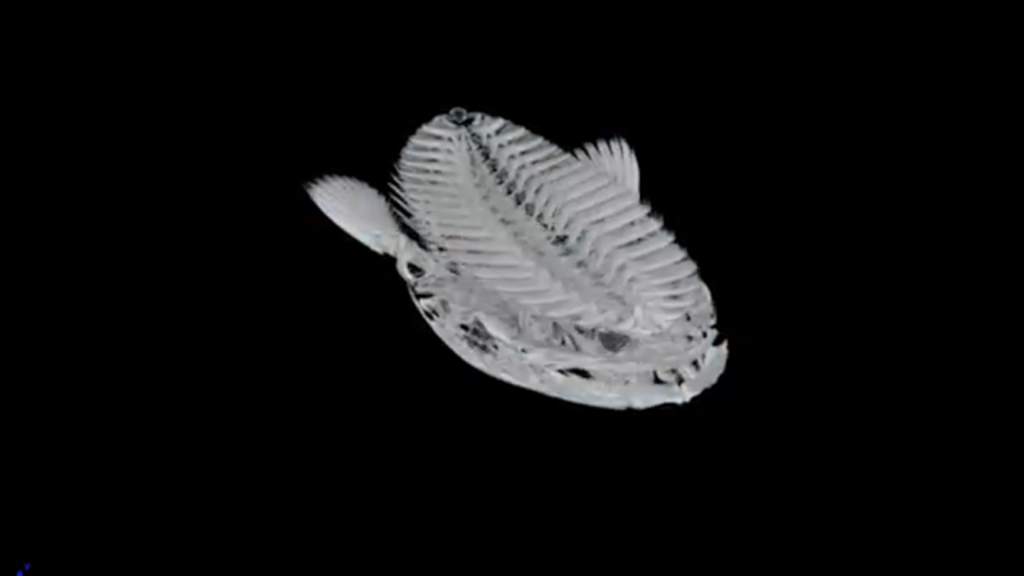 Another special ability of them for survival is the ability to feed off parasites, meaning cleaning their hosts. This way, they feed from it, while helping the host fish.

They adhere to host with their adhesive plate 🙂
They swim well with their fins and tails, in a sinous or curved motion.

The remora’s suction plate is a greatly evolved dorsal fin on top of the fish’s body.
The fin is flattened into a disk-like pad and surrounded by a thick, fleshy lip of connective tissue that creates the seal between the remora and its host. The lip encloses rows of plate-like structures called lamellae, from which perpendicular rows of tooth-like structures called spinules emerge.
The intricate skeletal structure enables efficient attachment to surfaces including sharks, sea turtles, whales and even boats. (Georgia Tech, 2013) 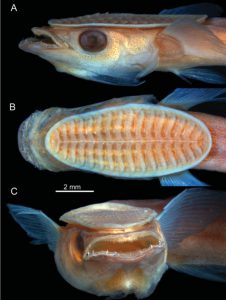 Head of a young remora (Remora osteochir) 26.7 millimeter long as seen fron the (A) side, (B) top and (C) front. (Images: David Johnson)

In Feb 2015, NJIT researchers found that the adhesive disc on the remora’s head used to attach to sharks, rays and other pelagic hosts is actually a complex mechanism that includes a modified fin structure with teeny spikes (called lamellar spinules) that generate friction to adhere to the host. Remora head anatomy also differs from other fish in having unusually-structured blood vessels that may be the secret to how they maintain adhesion for hours at a time.

FUN FACT
Did you know:  the name ‘remora’ comes from the Latin word mora, meaning ‘delay’ or ‘hold up’ or ‘totally annoy

We had class in a dance studio where we demonstrated movement of our researched animal! Below are the results in terms of sketching: 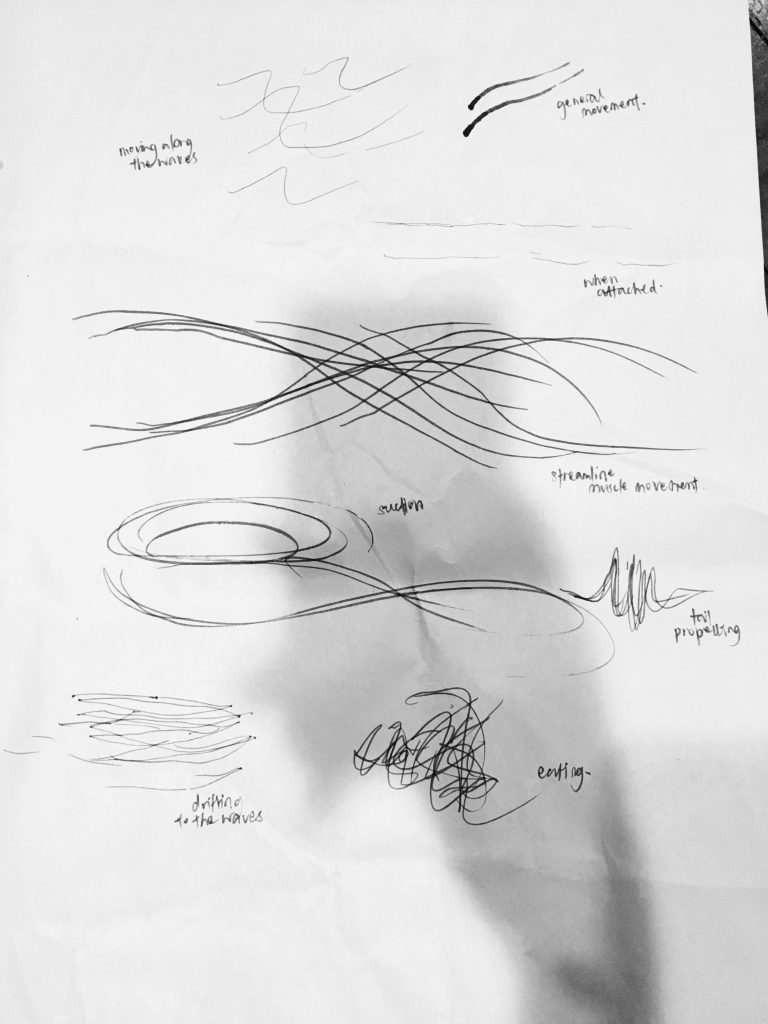 Next, we did paper crafting according to movement and their special characteristics!
For my research on Remora fish, the sucker disc is the most distinct feature of it, therefore I depicted it with paper showing suction.
As the fish adopts free transport from the host fish eg. shark, it doesn’t exhibit it’s own swimming motion.
It swims to the current and to the movement of the shark, which is flowing (as shown below!) 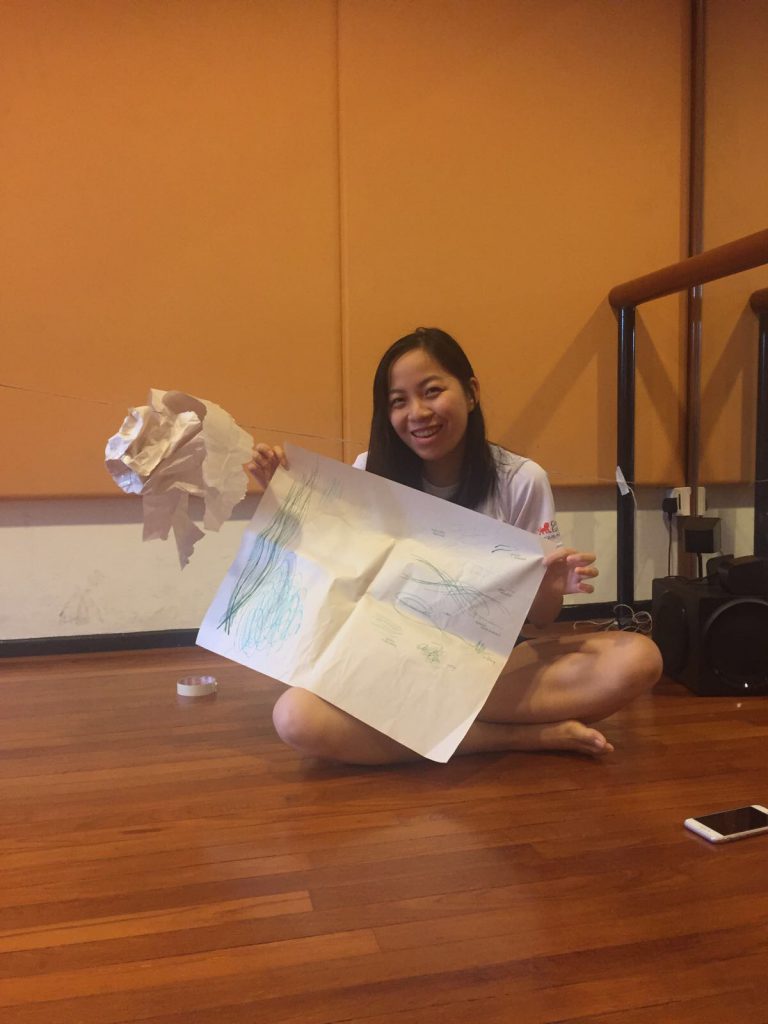 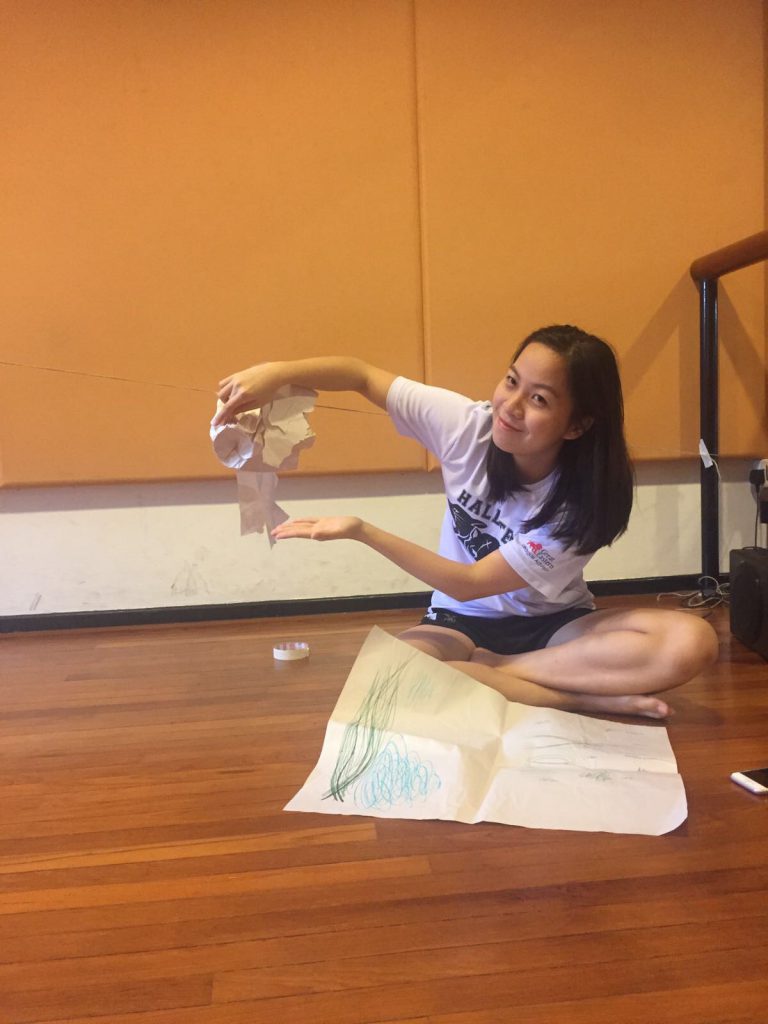 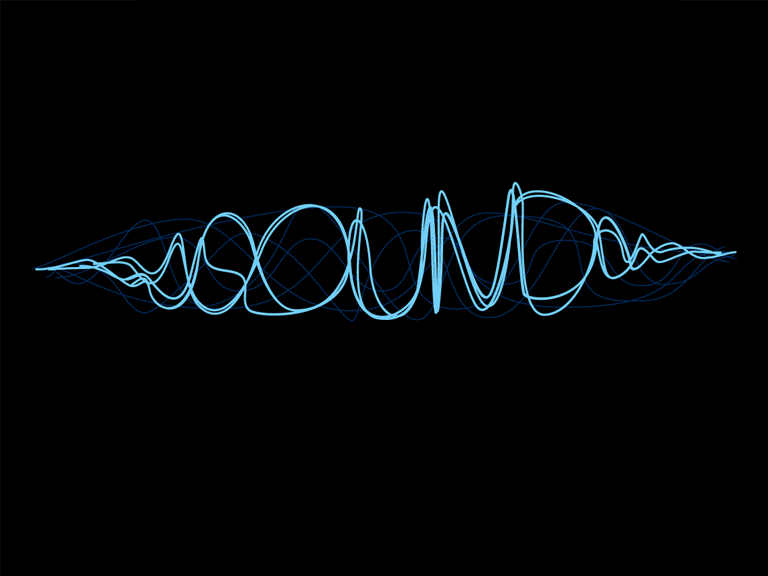 produced by continuous and regular vibrations, as opposed to noise.

vibrations that travel through the air or another medium and can be heard when they reach a person’s or animal’s ear.

How do Humans Hear & Feel

To hear sound, the ear has to do three basic things: 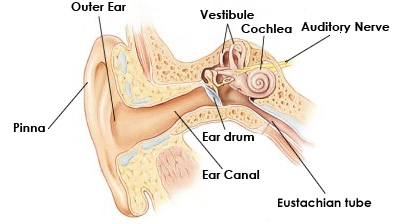 The pinna, the outer part of the ear, serves to “catch” the sound waves. Human outer ear is pointed forward and it has a number of curves. The structure of the ear helps us determine the direction of the sound. 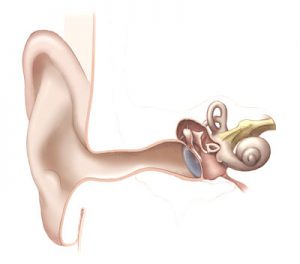 The eardrum is the entire sensory element in the human ear.

Once the sound waves travel into the ear canal, they vibrate the tympanic membrane, commonly called the eardrum.

The eardrum is rigid, and very sensitive. Even the slightest air-pressure fluctuations will move it back and forth. It is attached to the tensor tympani muscle, which constantly pulls it inward. This keeps the entire membrane taut so it will vibrate no matter which part of it is hit by a sound wave.

The compressions and rarefactions of sound waves push the drum back and forth. Higher-pitch sound waves move the drum more rapidly, and louder sound moves the drum a greater distance.

Human pinnae are not so adept at focusing on sound.
They lay fairly flat against the head and don’t have the necessary muscles for significant movement.
But you can easily supplement your natural pinnae by cupping your hands behind your ears.
By doing this, you create a larger surface area that can capture sound waves better.

Did you know we can feel sound?

A new study shows that the skin could help us hear by ‘feeling’ sounds.The act of hearing is a group effort for the human body’s organs, involving the ears, the eyes and also, the skin.

In 1976, scientists discovered the importance of the eyes to our sense of hearing by demonstrating that the eyes could fool the ears in a peculiar phenomenon named the McGurk effect. When participants watched a video in which a person was saying “ga” but the audio was playing “ba,” people thought they heard a completely different sound—”da.” Now, by mixing audio with the tactile sense of airflow, researchers have found that our perception of certain sounds relies, in part, on being able to feel these sounds.

The feel of sounds could be exploited in devices for groups such as the hearing impaired.
This additional tactile stimulus could help the person wearing the device perceive sounds. A similar concept could aid pilots in their noisy work environments.

With respect to sense of hearing

A frog’s ear drum, just like a human’s ear drum, is a membrane that is stretched across a ring of cartilage like a snare drum that vibrates.

The frog’s tympanum (an external hearing structure) is found behind its eyes. Not used to hear, but to transmit sound waves to the inner ear. This structure helps protect the frog underwater. 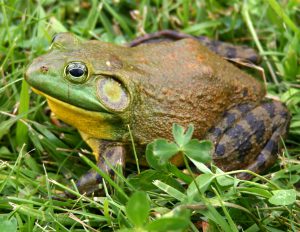 P.S. For the previous submission, short video and graphs have been put up pls go check it out

Smells can often trigger and be associated with one’s personal memories. Why? Science. The anatomy of our body and organ structure allows smells to get routed through the olfactory bulb (the smell analysing region in the brain), then triggering familiar memories.

Before reaching your thalamus, smells first wind their way through other regions of your brain, including areas controlling memory and emotion. So with scents, you have all this extra processing even before you have conscious awareness of the scent.

Your body also contains far more receptors for smells (at least 1,000) than it does for other senses, like sight (four) and touch (at least four).3 What this means is you can discern between many different types of smells, even those you may not have the words to describe.

Specific scents can help in therapy using the connection between smell and memory. For eg, green apple scent can help in treating migranes, and lavendar for pain relief.

The more we exercise, the less likely we are to develop problems with smelling.

The Science of How Smell Triggers Memory: http://articles.mercola.com/sites/articles/archive/2015/08/06/smells-trigger-memories.aspx