In Project 002, we would have to open up our ‘designer eyes’ a little more and to take note of diagonal axes and curved surfaces apart from just recognising D, SD and SO. In a short span of 2 weeks, we are to create a composition using 3 different volumes of varying sizes: cones, spheres and cylinders 🙂 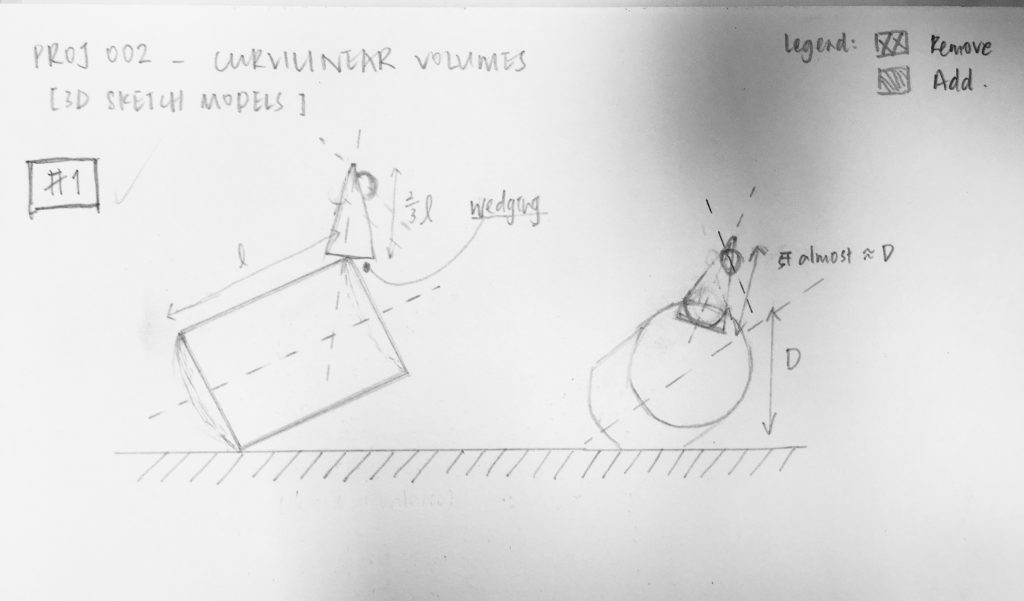 SM 1 helps me to see that the axes of the volumes are diagonal and non-clashing (no parallel/perpendicular axes).

Proportions are okay, so I proceeded with my model to produce this final model! 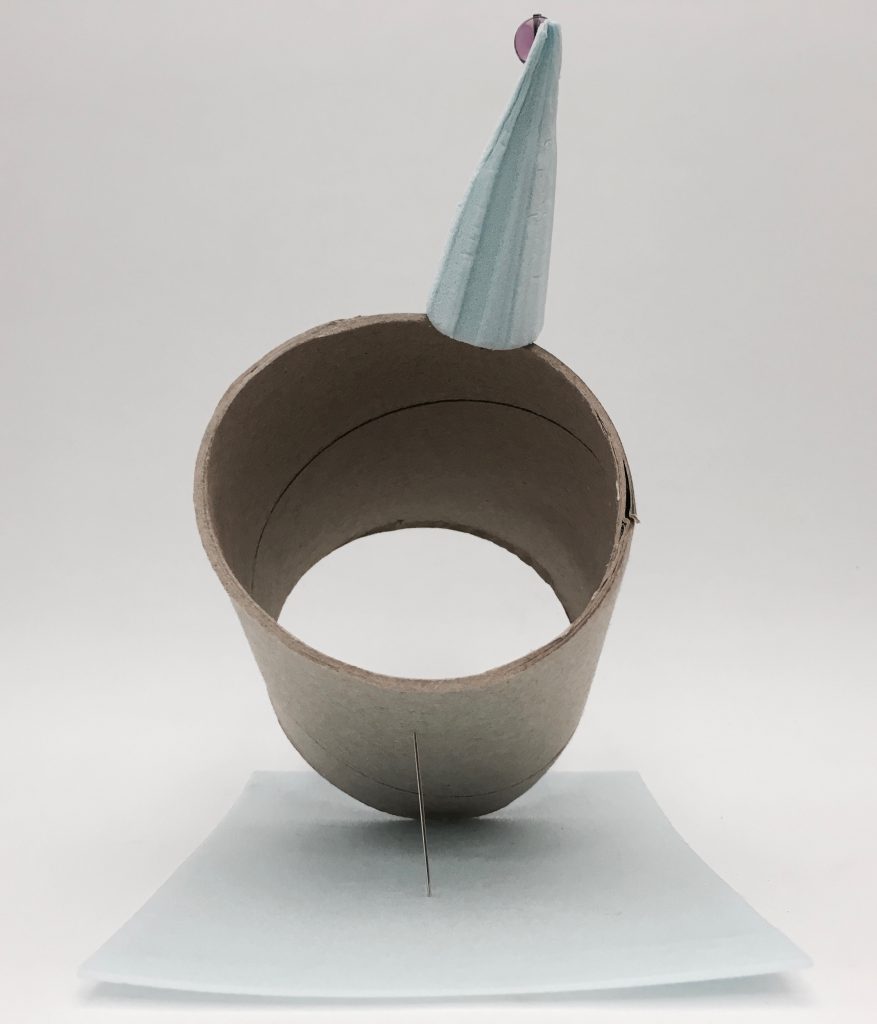 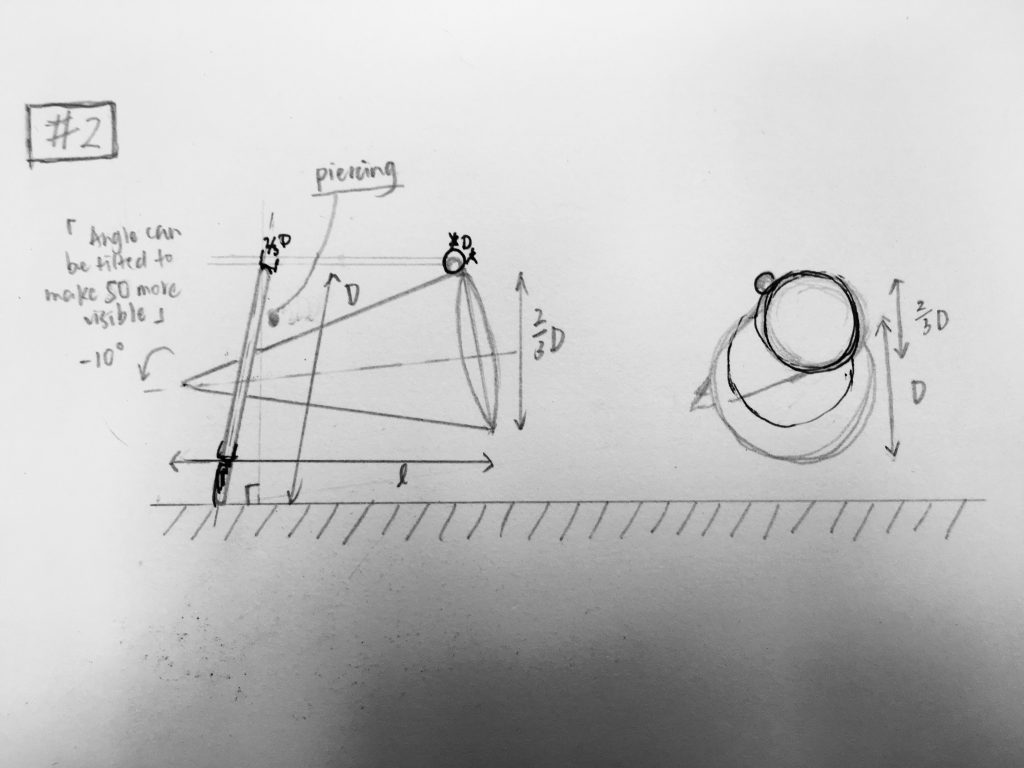 SM 2 shows that the SD was slightly too long in its length and diameter, as it was almost similar to those of the D (the cone). From the analysis, I edited my thin cylindrical plate (SD) smaller in diameter,  for its length to be 2/3 of D, and also to adjust the angle in which the D pierces through SD.
The SO was originally too small instead, and the SD could block viewers from seeing the SO at certain angles. Therefore, I changed the SO to be just slightly larger.

After amendments, this is the second sketch model derived from the sketch and edits: 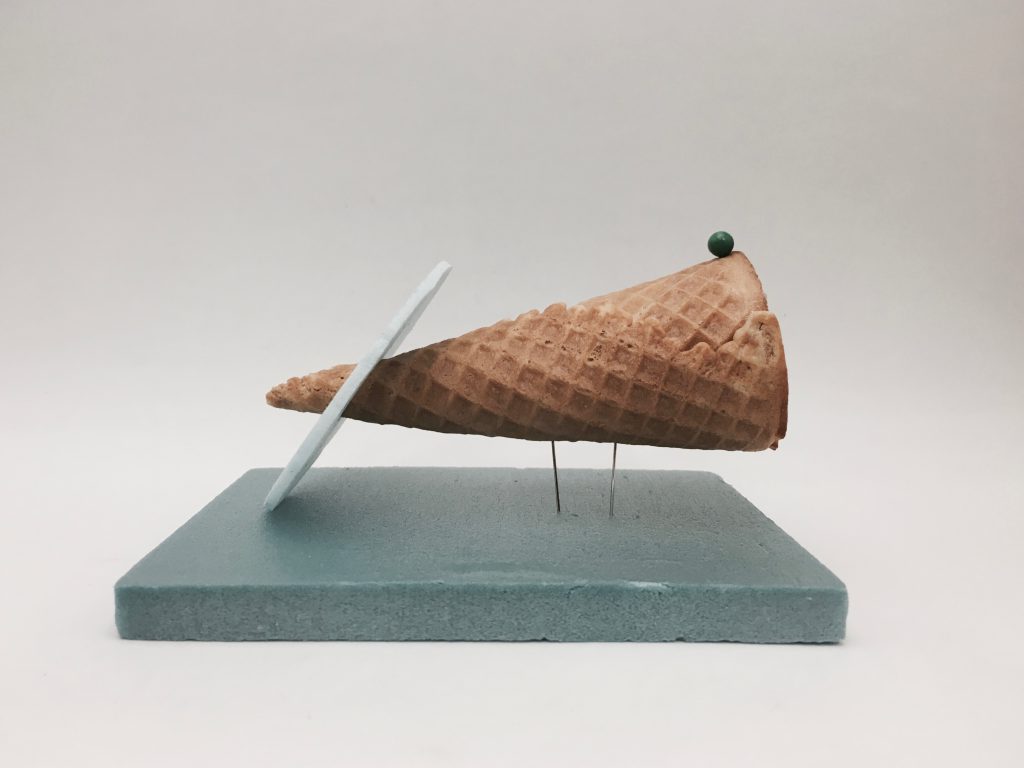 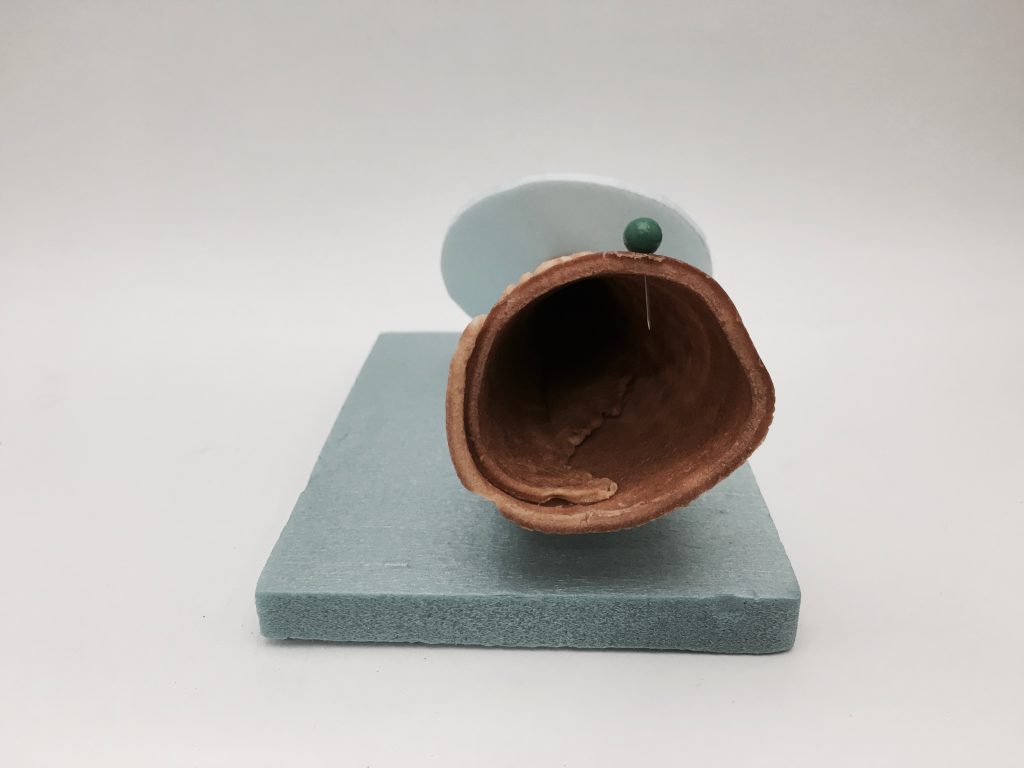 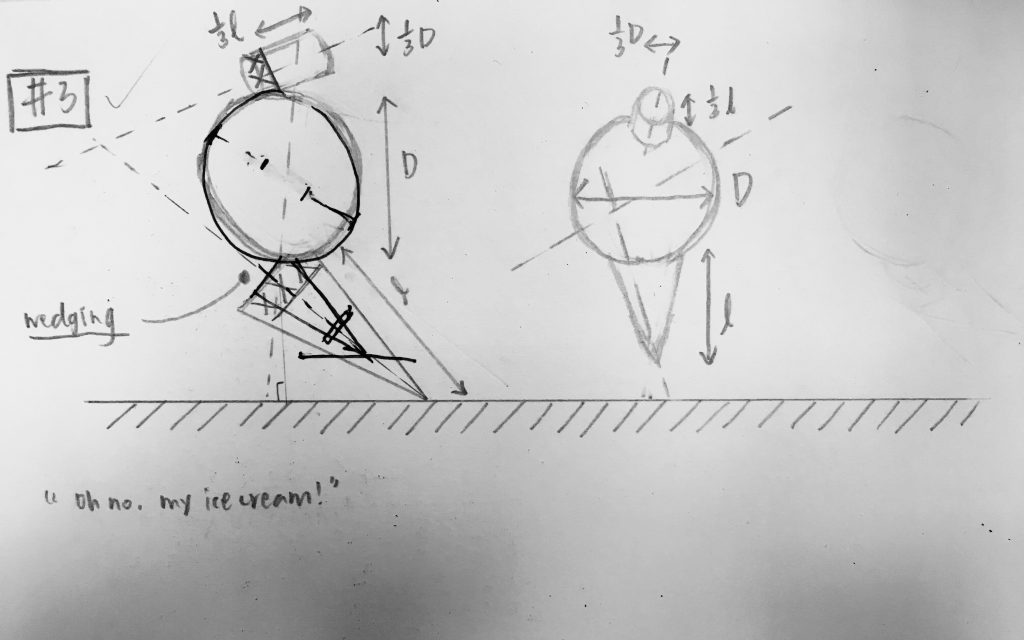 SM 3 shows the arrangement of the axes of the 3 volumes.
I initially decided the cone to be the D and then the sphere to be SD, followed by the cylinder to be the SO. Yet upon looking at the arrangement from the 2D analysis, it looks really plain and common and lacks an interesting point to the composition. Also, the length of the cone is close to that of the sphere.

Hence, I decided to switch the roles of the volumes to: sphere as D, cone as SD and cylinder as SO. The shapes were plainly stacked up in the original arrangement, so I also made a change to pierce the SO through the SD to give the final look like this. 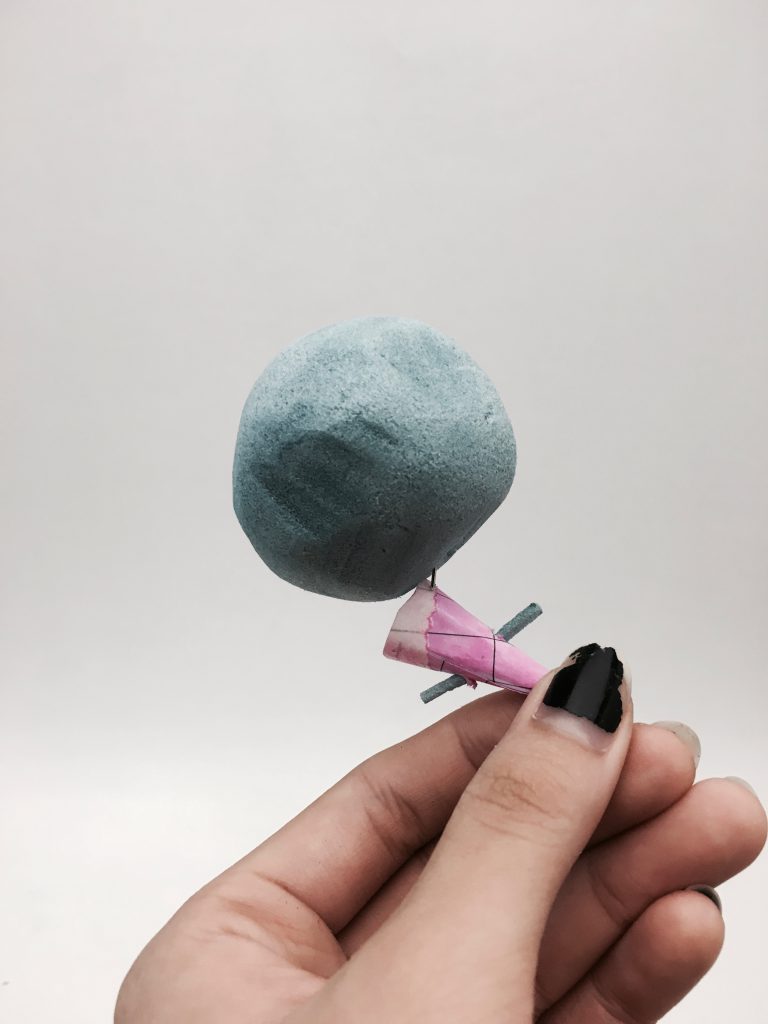 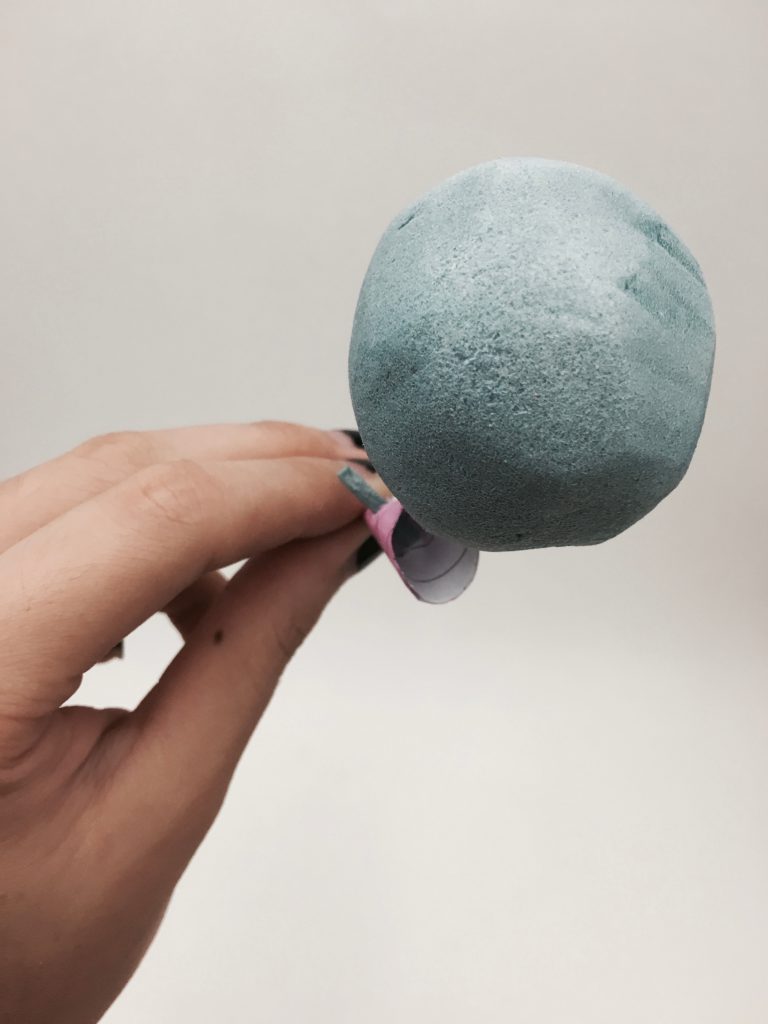 In Conclusion
I picked Sketch Model #1 [Over The Top] as my final workpiece to apply textures and plausible functions to it. Details are presented in the PDF document uploaded to google docs 🙂